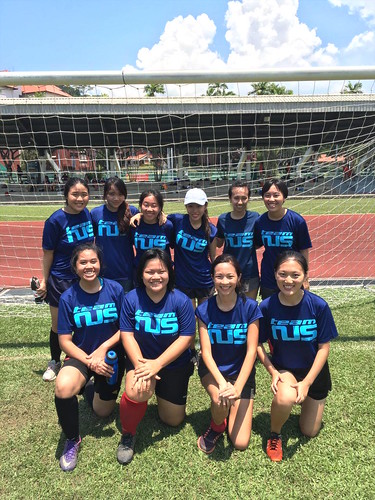 On 3rd September, with 3 subs, we scored 3 goals. Just kidding about the last part, we scored 0 goals.

At the start of the day, it was evident how unprepared we were compared to the other faculties — half of us didn’t even have cleats and almost all of us were late. However, we quickly got into the momentum of things as the day went by.

The first match ended surprisingly fast. The Yale-NUS team towered over us but we managed to put up a tough battle against them. Mathea, our MVP and captain, injured her ankle, which began swelling almost immediately.

We hoped to do better in our second match against Dentistry, where Ermy (our goalie in the Yale-NUS match) decided to play as a center-mid, giving Valerie the chance to try her hand at keeper. From the outset, the match was filled with people calling foul at every possible moment, but the Dentistry team conveniently forgot the frequent incidents in which their main striker palmed the ball to help it on its way. 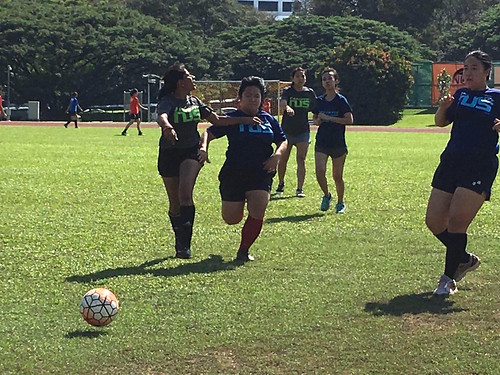 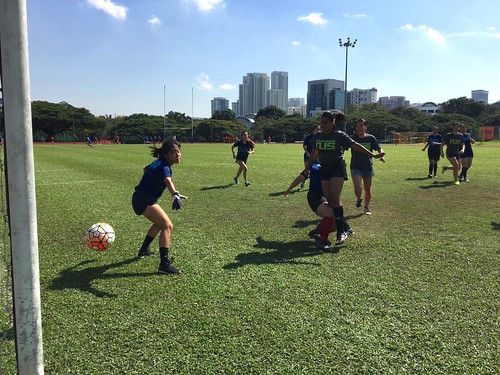 By the third match, Mathea’s injured ankle forced her to captain us from the sidelines. She remained positive even when we were being absolutely dominated, shouting encouragement and advice to us. Ermy was forced to sit out as well due to a resurgent fever, and Kay, a freshie, found a knack for goalie, saving numerous goals effortlessly. Even though the Arts team had imposing German and Japanese exchange students, and eventually went on to win the entire tournament, our team fought hard to maintain a 4-0 scoreline. Valerie, relieved from her duties as goalie, then anchored the defence as centreback with Callie and Eening playing rightback and leftback respectively. Our striker, Yanxuan, even managed a few fast breaks towards the other side, but was quickly swamped by the relentless Arts team (who had a second team and a third team and then some). 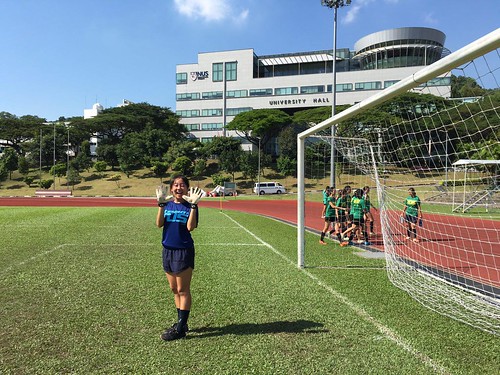 Ready to catch some balls

Our final match against Engineering saw our morale flag severely. The Engine striker was more than competent and kept the ball trapped in our half for most of the match. A quick counter-attack hazarded by Mathea ended up with her groaning on the floor from a concussion, and Yanxuan (tired from playing basically every minute thus far) had to step in as a sub.

We had a great IFG experience despite the losses and injuries. In the words of Mathea, “At least their score wasn’t double-digits”.