It was early on a hazy (thanks Indonesia) Saturday morning that an epic battle of wits, endurance and mental fortitude between eleven faculties would begin. People clamoured about as tournament officials urged everyone to their seats. The room buzzed with excitement as competitors eagerly discussed their strategies. A countdown timer started, and the room descended into silence as the first boards were played. The Contract Bridge tournament had begun. 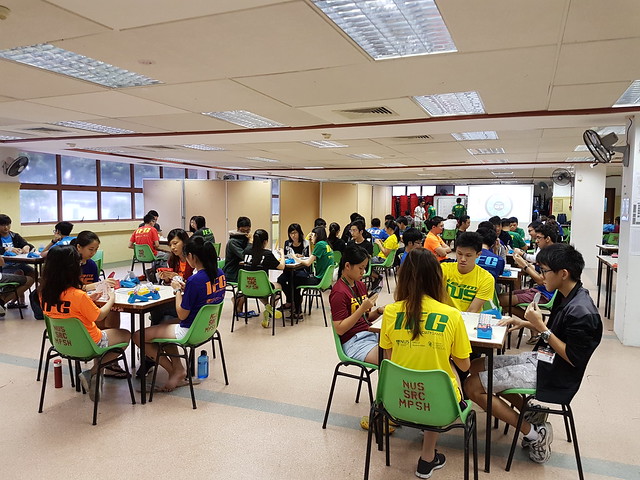 Team Law was headed by none other than the great Lord Simon Poh (Y2) himself, bringing along with him three brave souls: his partner, Xim Tian Yang (Y4) and his two other companions, Kenji Ong (Y3) and Shaun Tho (Y4). However, the road ahead was to be challenging. Our first opponents were Science and Medicine, two of the stronger seeds in the competition. Team Law put up a valiant effort and gave Science a run for their money, ending in a narrow loss of 10-12. Medicine proved to be strong opponents, and despite our best efforts, Team Law finished 5-20 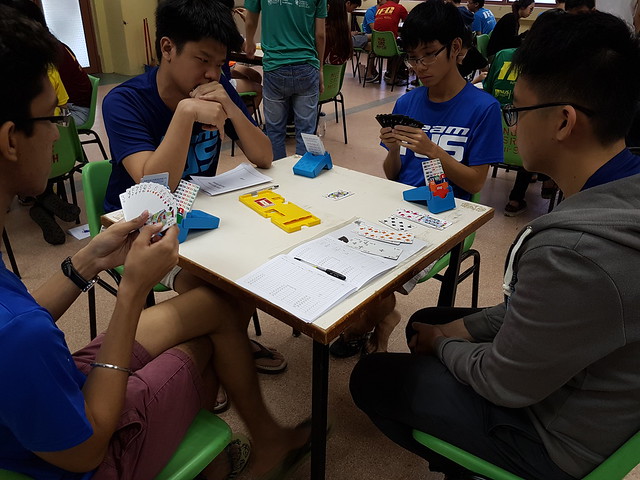 Kenji and Shaun in an intense showdown against Science.

With Team Law refreshed and raring to go after a much needed lunch break, we emerged victorious against USP with a score of 28-25, making Team Law the only faculty to defeat USP in the preliminary rounds. 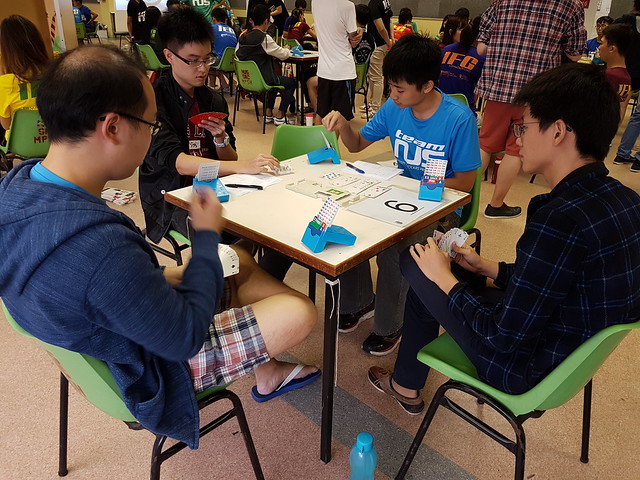 Lord Simon and Tian Yang laying down the law against USP

The domination did not end there, as Team Law swept Engineering 44-0. Law’s match with Dentistry ended with a walkover after Dentistry was disqualified from the competition. The day ended on a high note as Law defeated Computing 29-5, finishing the day in 4th place. 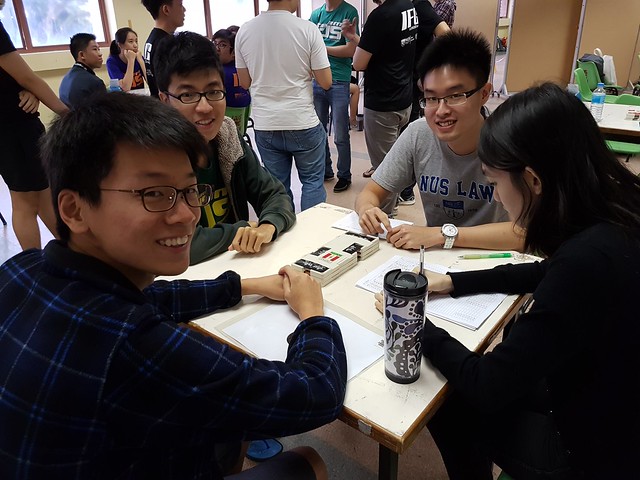 Smile for the camera!

Keeping the semi-finals hopes alive, Day 2 begun with another walkover victory for Team Law, as Business failed to field a team on time. Team Law’s next opponent was Arts, who were currently leading the tournament. Putting up a strong fight, Team Law defended relentlessly and finished with a respectable score of 13-27. At this stage of the competition, the top three teams: USP, Science and Arts had comfortable leads as the three top seeds and were guaranteed a spot in the semi-finals. This left Medicine and Law in a tight contest for the final spot, intensifying the rivalry to a fever pitch. Determined to defeat Medicine, Team Law took two successive victories against Yale-NUS and School of Design and Environment, winning 12-10 and 21-8 respectively. Alas, it was not to be. Medicine managed to overtake Team Law in the standings, earning a staggering 41 points from Computing and took the 4th spot by a slim margin of 1.8 points. Team Law was eliminated and took 5th place. In closing, Lord Simon commented that it was a team effort and that everyone had tried their best. Team Law’s next goal is preparing for the 2017 Law-Med Games, and one thing is for sure — they will be hungry for victory.