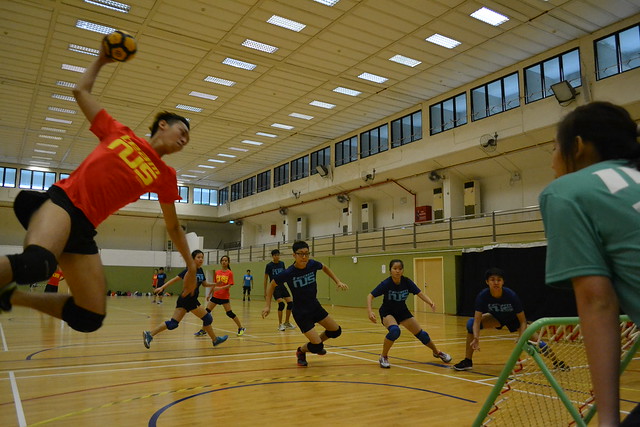 Team Law gets ready to defend.

Frantic feet, shuffling on polished wood. Jubilant cheers, excited shouts. The sounds of rubber striking steel. These were the sounds heard by all present that Saturday, at the IFG Tchoukball games 2016.

Still having the bitter taste of defeat from last’s year Tchoukball IFG, this year’s squad, led by veteran Tchoukballer and Captain Foo Chuan Ri, doubled down on their efforts in order to beat the other faculties. Where last year’s squad had 3 training sessions and only 8 members, this year’s squad had 8 training sessions, putting in precious time to prepare for the tournament, and an expanded roster consisting of 12 people. Alas, the team was similarly dealt a blow right on the day of the games itself, as one of the members, Yap Yong Li, had unfortunately injured his knee during warm-up. Nonetheless, the team was determined and undeterred to prove that their training had paid off. Will they be able to beat their previous IFG history? 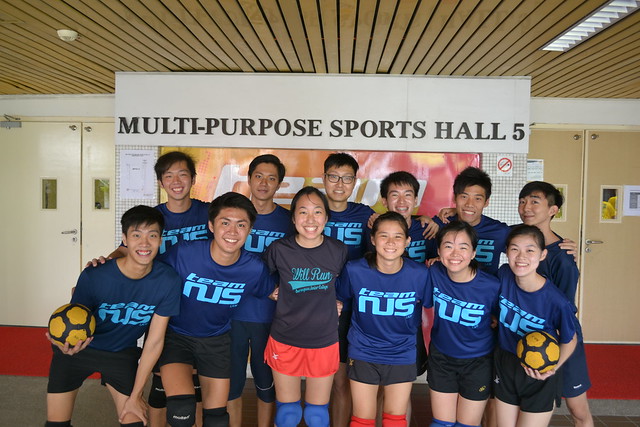 The team was high-spirited going into the first game of the day, keeping up the tempo wherever they could, but ultimately, the team started to trail behind towards the end of the first half. During the half-time break, the team had a strategy meeting and resolved to play more aggressively, with the team of Steven, Phoebe and Cheryl managing to score several goals on their side of the court. However, it proved to not be enough, with the match ending in a score of 13:23. 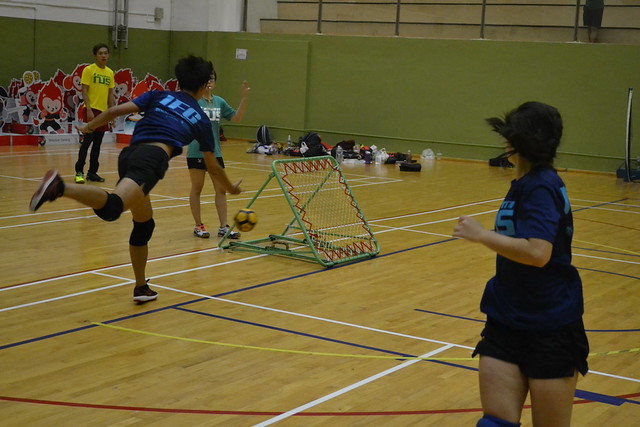 Steven scores after catching a pass from Phoebe 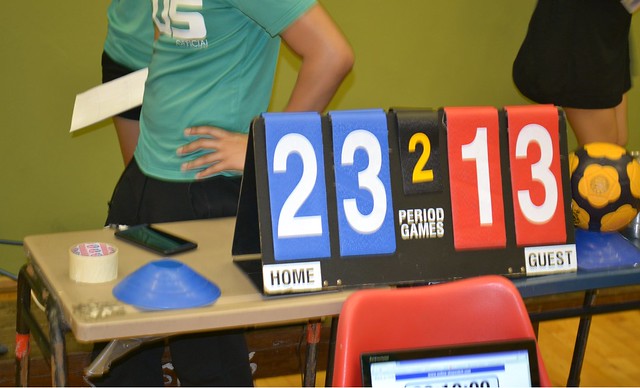 Is this how the rest of the day will play out for our Tchoukball team?

Things appeared to be bleak for our warriors in blue as Engineering’s score was more than double ours at half time, at a score of 6-13. It only got worse as the second half begun, as the gap between the two teams steadily but surely increased. On their side of the court, the team of Chuan Ri, Wen Qi and Darren managed to stop quite a few attempts at scoring from Engineering, while on the other side Hidayat and Jyh Howe managed to pocket in a few nice shots of their own. Yet, as though flashes of lightning, the yellow-shirted Engineers managed to score again and again, ending the match with a brutal score difference at 10 — 26. 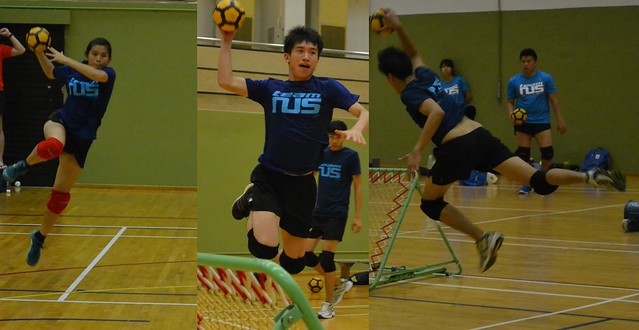 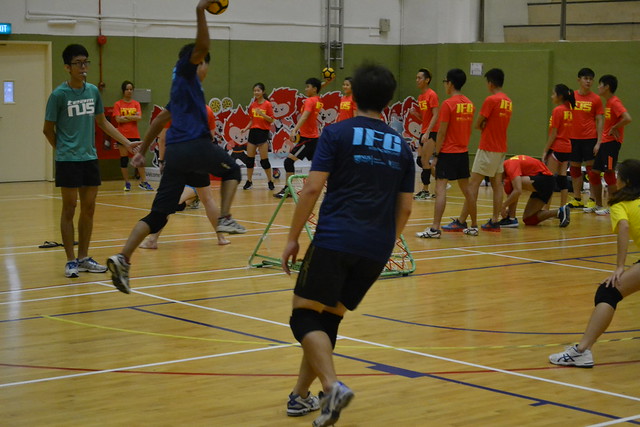 Hidayat and Jyh Howe score a point for Team Law

Match 3 proved to be an important match for player John, as it was a face-off with his previous faculty. Wanting to avoid playing into such a drastic disparity in scores and determined to do better than ever, the team mounted an aggressive playstyle against the Business team. Highlights of the first half included a deadly spike from ace Steven, with the ball flying over half the court before scoring a well-deserved point for Law. Yet, with the first half still ending in a loss with a score of 5 — 10, Captain Chuan Ri called a strategy meeting, swapping out players in a bid to bridge the gap. However, as though to reciprocate our aggression in the first half, Business started a frenzied blitz in the second half, managing to land a great number of tricky and difficult-to-catch rebounds on the net. Their skill to repeatedly land low rebounds off the net proved to be insurmountable for Team Law, quickly blowing up the gap even further and ending the match at a score of 8- 21. 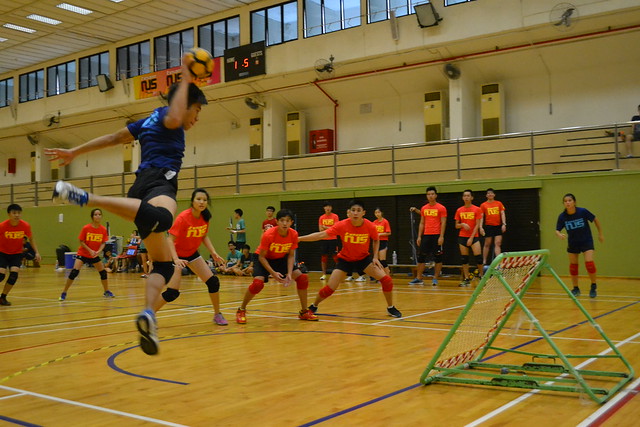 Joel lands a beautiful shot off the corner of the net 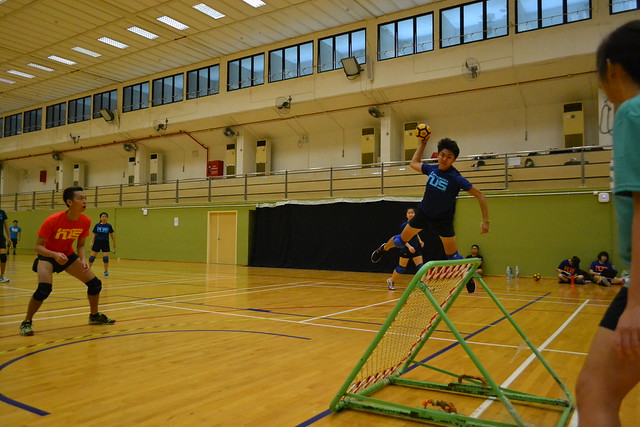 The defending player for Business seems visibly shocked as Steven sends the ball flying, all the way across the court with a well-placed spike

With only two matches left for the day, Team Law threw all they had left into their remaining games, keeping up an intense defence in the first half. They managed to lock the score at 2-2 a good two minutes into the first half. However, perhaps due to exhaustion, both mental and physical, the score quickly became 3-7. A number of play mistakes and bad catches conceded points over to our adversaries, ending the first half at 7-12. Yet again, a strategy meeting was called during the break. If only to shake off the curse that kept befalling the second halves, players were swapped in to relieve those who were tired and weary. The match seemed set to be a repeat of matches 2 and 3, when FASS scored a series of goals to set the score at 10 — 20, with only 2 and a half minutes remaining in the second half. Yet Law only seemed spurred and reinvigorated by this, quickly scoring goal after goal and threatening to catch up with FASS. Despite ending the match at 16-24, the second half proved to be a display of Law’s undying spirit and determination, not giving up even when all seemed lost. 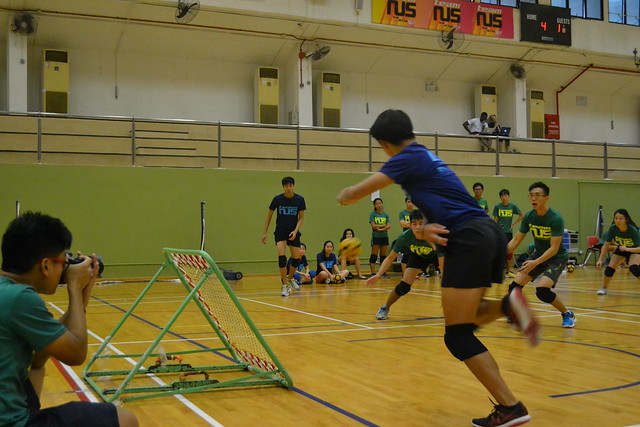 FASS scramble to catch a rebound. 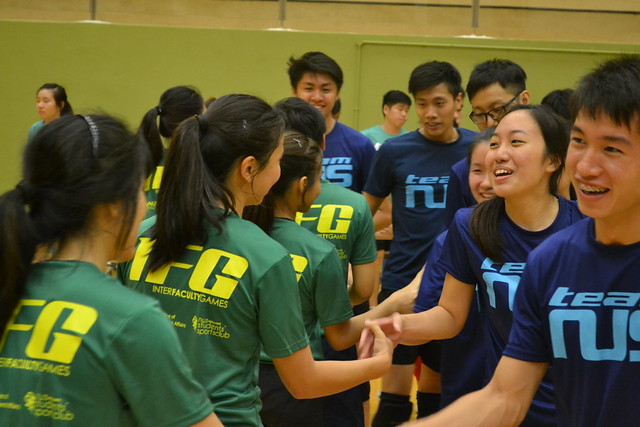 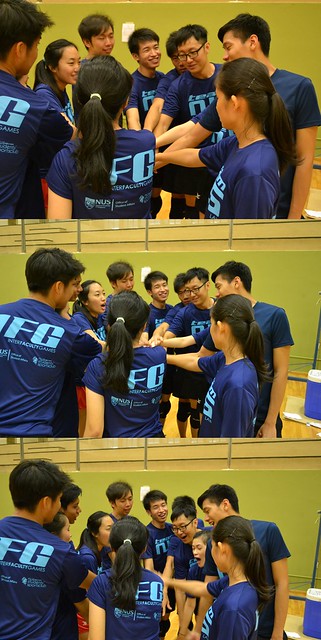 Final pep talk as the team heads into the final match!

Entering the last round with newfound energy, Law locked horns with their last opponents of the day, the similarly blue-shirted members of the University Scholars Programme. The last match proved to be the most spectacular and intense face-off of the day, with Law narrowly edging out USP during the first half, with a score of 10- 9. Motivated by winning the first half, Law quickly put their game faces on going into the second, out-maneuvering and out-playing their opponents turn after turn. Perhaps the key factor coming into this match was again Team Law’s captain Chuan Ri, single-handedly scoring over 15 goals with nearly 100% accuracy, only failing to score a single rebound. USP proved to be no match for Team Law as a result, with the final score lying at a score of 24 — 17. 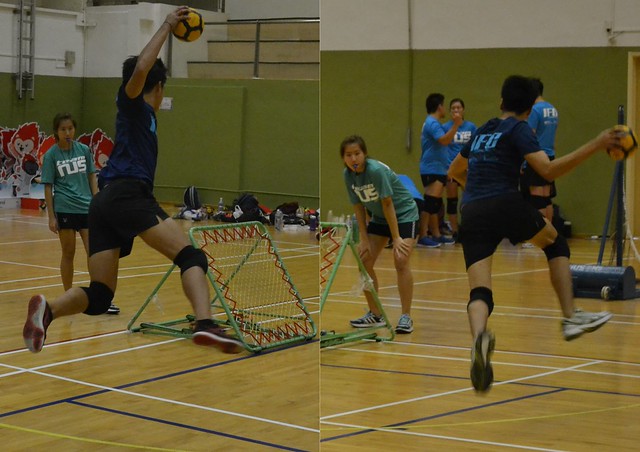 All in all, despite not getting into the semi-finals, Team Law remained graceful and displayed great sportsmanship, managing to beat its previous IFG record. And if the match against USP was any indication, there seems hope yet for our players, the match being proof that their efforts had finally paid off. Perhaps, with a little more training, and a bit more luck, Team Law will be able to perform better during the Law-Med games, or even during next year’s IFG. 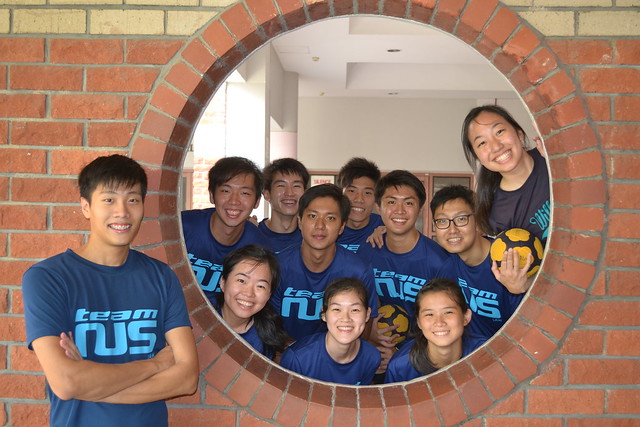 The ballers from Law!

Good job to all the Tchoukball players! Thanks for all your effort and dedication. You guys really trained hard and fought hard! All the best for other games in the future!