Like all other sports, Frisbee requires sacrifice. Frisbee players don grandma, knee-length pants in zany colours and romp around in muddy fields. They go to fantastical lengths to grab the flying disc before it zips past them (looking a lil funny in the process, as you’ll see later) and would readily perform layouts (essentially jumping body first onto the ground) to retain possession of the disc.

True to the spirit of Frisbee, the 14 members of the Law Frisbee team had a fun and spirited outing at this year’s edition of the Inter-Faculty Games held on the 4th of September. Read on to catch up on the action that went down as Law Frisbee wrecked everyone else!!!!

Okay that might not be true but at least we had fun? :’) 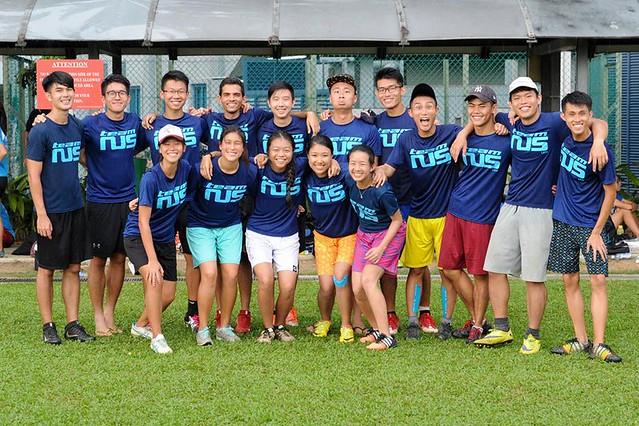 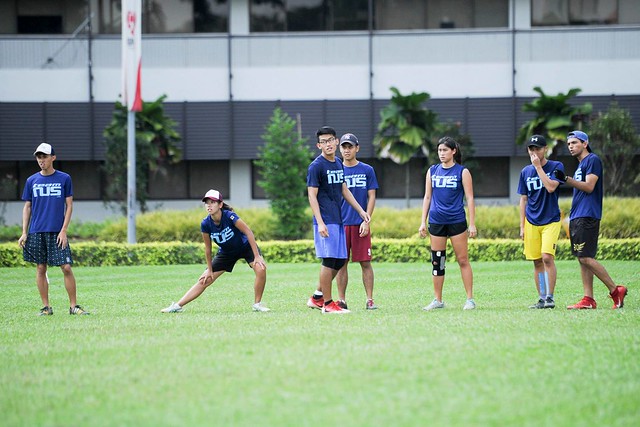 The day started off with a game against the Science faculty.  Touted to be one of the best teams in the games, it was a tough start to a long day. Under the scorching sun, the team slogged against an admittedly skilful team.

The game started off evenly and progressed to a commendable 4-4 scoreline as Team Law displayed grit and discipline in advancing the disc. However, the deployment of three handlers instead of the usual two by the Science Team proved to be too strong and quick a combination for our players. Eventually the science team pulled ahead, capitalising on mistakes, however small, and finished with a score of 9-5. 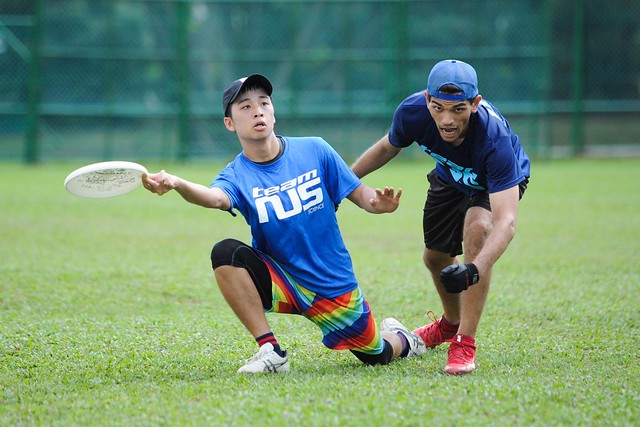 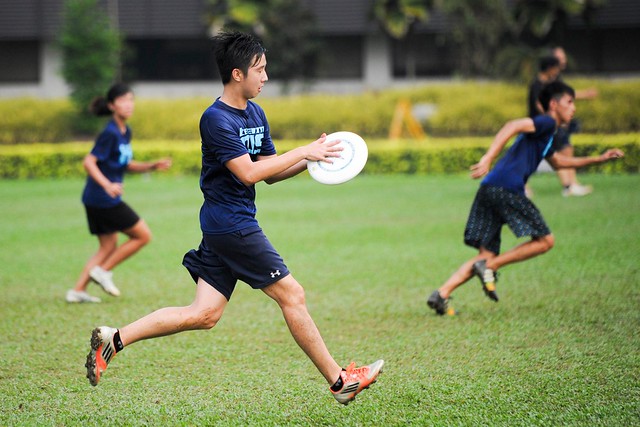 Not a dream start but drawn against such a strong team, the team put up an impressive fight.

After opening the competition with a loss, Team Law were eager to prove themselves and this showed as we raced to a 4-1 start. Watching from the sidelines, Jamin the team manager, commented that Team Law’s lack of organisation was doing a great job of confusing the other team. I guess when you’re so amazing you end up befuddling the opponents without actually meaning to?

Incredible defensive play put up by Levin forced a turnover and led to Team Law scoring again, bringing the score line to an impressive 5-1. The game eventually ended at 7-2.
Game 3 v Eng

After winning one and then losing another, the only hope of moving through to the second round was to win the third game — against the runners-up of last year’s IFG, Team Engineering. After a strong performance in Game 2, spirits were high and this was reflected in Team Law’s performance as we quickly went up 3-1. 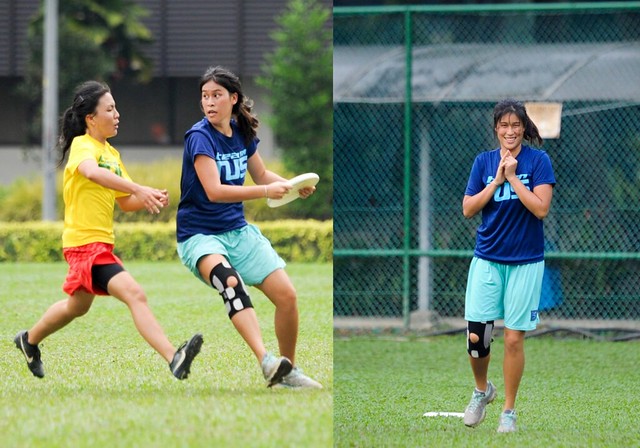 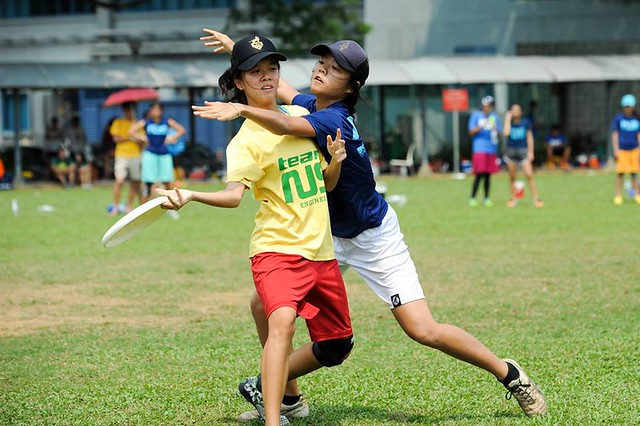 Levin causing much anguish to her Engineering opponent 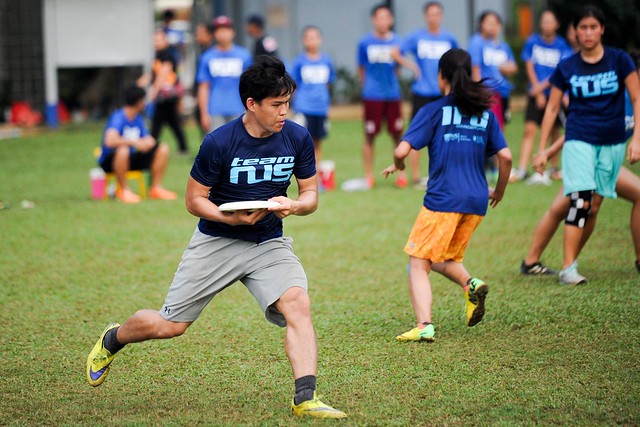 However, when something seems too good to be true it usually is :’( .The fairytale run by Team Law slowly came apart as Engineering fought back and took the lead at 4-3.

The point which followed was a momentous one: If Team Law scored, they would earn a draw and stand a chance at advancing to the semi-finals. Both teams duly appreciated the enormity of this point as the eighth point featured extremely fierce and aggressive plays from Law and Engineering players. The match was so closely fought that there were over ten turnovers in a single point, many of them courtesy of the wonderful poaching defence put up by Jinloong. 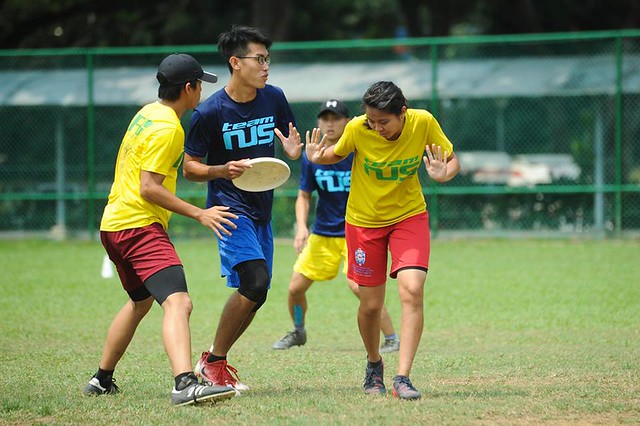 The female player from Engineering finds out Jinloong is to Hot to Handle.

It is advisable to stop reading at this point, but if you must know, just as Team Law was going to send in a huck (a long throw in frisbee terms), the disc was intercepted by Team Engineering who then took advantage of the sudden turnover and snuck in a goal. The game ended 5-3 in favour of Engineering.

But to end this segment on a good note, here’s a picture of Charles beating his defender to the disc. VICTORY!!! 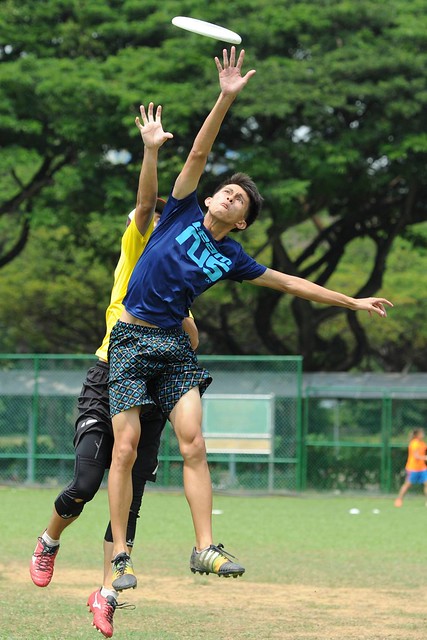 Team Computing went down so fast, we didn’t even get a chance to say bye!

(Fine it was a walkover as Computing left the tournament early)

The last match of the day against USP began at 5.30pm. With any hopes of progressing to the semi-finals vanquished after Law’s loss to Engineering earlier in the afternoon, the team was considerably less tense and were more excited to play to have fun instead. It is important to note at this point, that Eugene Lim (Y2) did not play in the match against USP as he went home for a lazy nap. The team most certainly missed the presence of their colossal left-handed thrower. 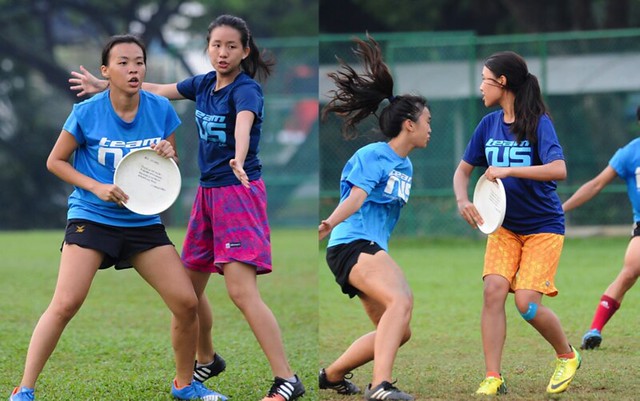 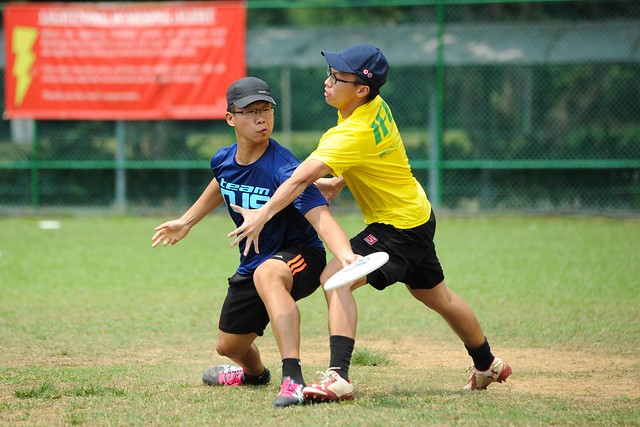 Eugene looking like a Frisbee hit him on the face. Must be all the hand soap that blinded him. Hehehe 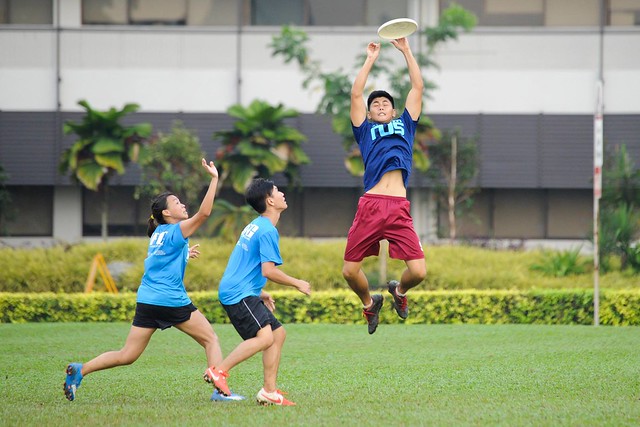 How did Ershad catch that disc with his eyes closed?? 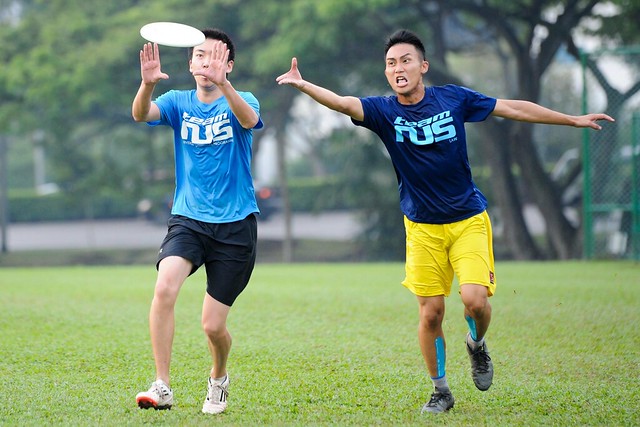 This leaves us wondering if the USP player owed Zong Han any money. O$P$ boi.

Nevertheless, Team Law continued to display great flow and teamwork (bye Eugene) as they strolled to a 5-2 win. That being said, the match was not an easy one, with the last point lasting close to 10 minutes as a result of multiple errors and three misses in the endzone.

When the final match whistle was blown, the cute USP players inducted us into their very own self-created MVP (Most Valuable Player) game where the USP players voted for the best-performing Law player. Unsurprisingly, suave Y1 handler Deepansh was crowned best player of the match and for his accomplishment, he was given two lovely swabs of paint on his face. It is no wonder he can always be spotted with different groups of gals at the Level 2 study area on different days.

Though we did not make the semi-finals, the team displayed a laudable sense of fair-play, tenacity and teamwork. Most importantly, we made great memories together and grew as a team.

Special thanks to our captains Alfi and Ershad as well as team managers Jamin and Yuhui for uniting and leading the team! 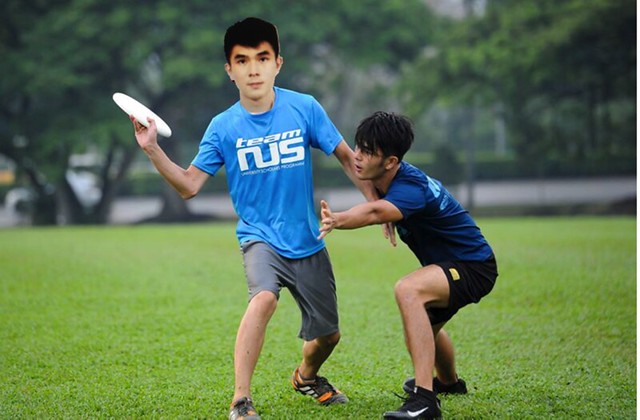