It is 9.30am on a weekend, and while most of us might have barely risen, our women’s floorball team is up and awaiting their first match of the day. And what a start to the day we have, as the team faces off pretty much one of the strongest players in the entire game and our greatest rival — Medicine. Adrenaline is high and bodies warm after some light practice, with snippets of conversations to be heard. Anxious whispers of “eh I’m quite scared,” are met with encouragement and motivational words: “This is just practice for LawMed guys!” 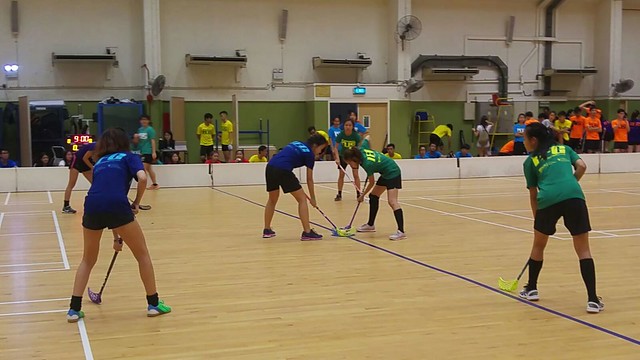 Getting ready to start with Tasha (Y1) playing in the center

The game starts of with a triangle formation with a 2-man defense behind. Strong is our defense and what great news that is, because Medicine played an incredibly aggressive game. With the ball in our half for most of the match, it was up to our veteran team of Maria (Y4) and Jean (Y4) to protect and defend. Using an impressive combination of body blocks and stick control, this power duo had saved 2 close goals by the end of the first 3 minutes, keeping the score even. The rest of the team fought equally hard, but even with our strong forwards keeping the ball for as long as they could, it seemed like an opening could not be found in the frantic flurry of sticks and mess of bodies.

All of a sudden, there then was an abrupt, swift forward movement from our end of the court towards that of Medicine’s goal. Within what seemed like a blink of an eye, almost 3 quarters of the court was covered and cheers erupt as Law’s last man, Jean, scores. Usually tightly guarding the goal, she had glimpsed an opening and swiftly worked her way through, scoring Law our first point of the day. In the flurry, Maria (Y4) gets hit in the eye by a stray ball. She however returns to the game without even a grumble. It is barely a minute from the end when Medicine too scores a goal from the lower corner of the net, and the score returns to a balance of 1-1. A draw with Medicine, but this is just the start! 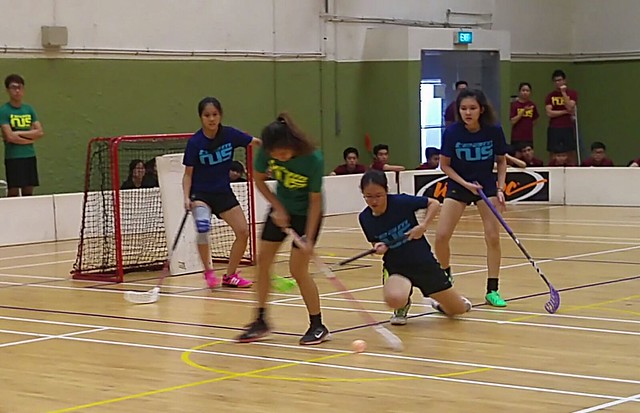 The second match begins after a team meeting whereby it was decided that a change in formation would be required. Next up would be an equally impressive team, FASS. Fears reemerged because as I was told, “FASS quite strong.” Even so, the team kept their cool and went in completely prepared to do their best. This time although we still maintained a defensive position, there were greater opportunities for our attackers to shine. 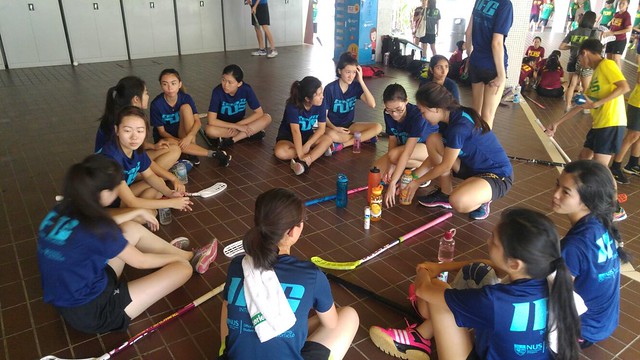 We’re gonna shake things up, time for a change in strategy

Once again our defense put up a significant challenge for Arts, as balls were seemingly plucked from their possession and blocked by Jean (Y4), falling onto her knees at times to defend the goal from those low balls. Sim Hong (Y2) and Tasha (Y1) put up a strong attack, and although were not able to break through the defenses of Arts, consistently managed to get the ball into our attacking half of the court. In the end, we were evenly matched with FASS, and the game ended with a draw. Match 3 — Law v Yale NUS (1-0) Match 3 begins with a key player lost — Jean (Y4) had to leave. Despite this, the defenders were not ready to let the team fall, and they stepped up to take on the challenge. With rallying cries of “defense!!” and “switch switch!” by those on the sideline of, the game got off to a fast start. Defense did step up, with Maria defending both ball and goal with her body, and partners Zhe Yi (Y1) and Vanessa (Y2) catching incoming attacks and crushing Yale’s dreams of scoring with long passes out of the area. Perhaps it was the previous words of Shady Sheryl (Y3) ringing in everyone’s heads (“wreck them!” she screamed, banging the sides of the court), but whatever it was Team Law was on fire, and with 3 minutes to the end a goal was scored by Sharon (Y2). 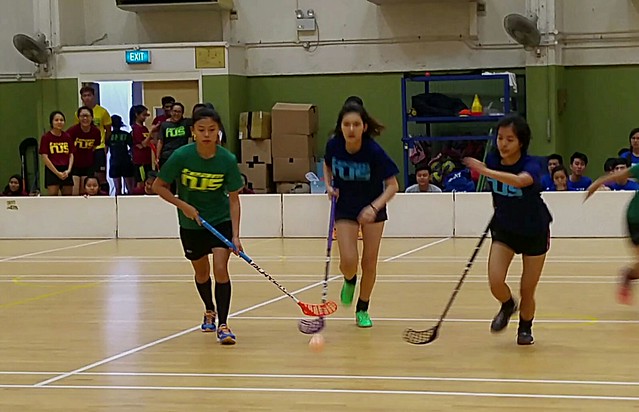 The flame of our previous win carried over to this match, giving the team an extra boost of speed and power. Players like Tasha (Y1) seemed to have gained a shot of pure energy, weaving between players and their sticks, yet keeping the ball close to her. Using such skill and prowess, she scored a point despite the Dentistry defense doing their best to close on us. Maria (Y4) scored another goal, and although our defenses were strong, Dentistry managed to slip one through, ending the game in a respectable 2-1. 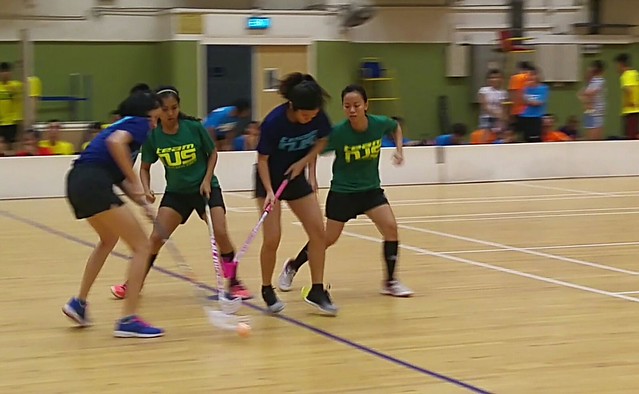 Match 5 — Law v USP (0-1) The team made their final rallying cry and entered their last match with a determination to do their best. Shouts of encouragement pepper the match as our players battled it out with USP. USP putted many shots at our goal, but our defenders held strong until, alas, a single ball entered. The team did not let that hold them back though, rather using this as further motivation to catch up. Melinna (Y1) kept up a remarkable battle, as she challenged the opponents to constantly keep up with her fiery spirit and speed. Even though we were unable to score, Team Law put up a respectable battle, making USP fight tooth and nail to keep their edge. Their dogged persistence to the very last second of the match is admirable, an example of the tenacity and resolve of our team. 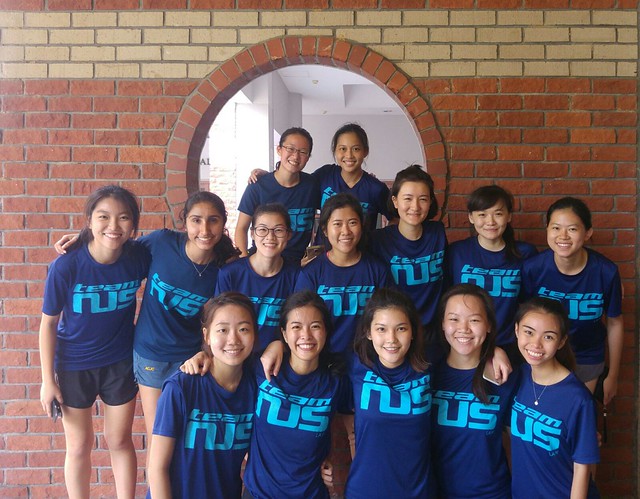 Despite not advancing into the semi-finals, the team still performed exceptionally and benefitted from the many matches today. This is particularly so for the inexperienced Year 1 members, for this would be the first time they had competed in an official competition. Like captain Sim Hong (Y2) had said, “Let’s just have fun guys.” Today a good fight had been fought, with the team holding strong against significant competitors like Medicine and FASS. Here’s to an even better performance for LawMed (Its just practice for that after all right?). After all, as overheard by some players, “we already got what we came for.” Not sure if they’re referring to the IFG shirts or the experience though.