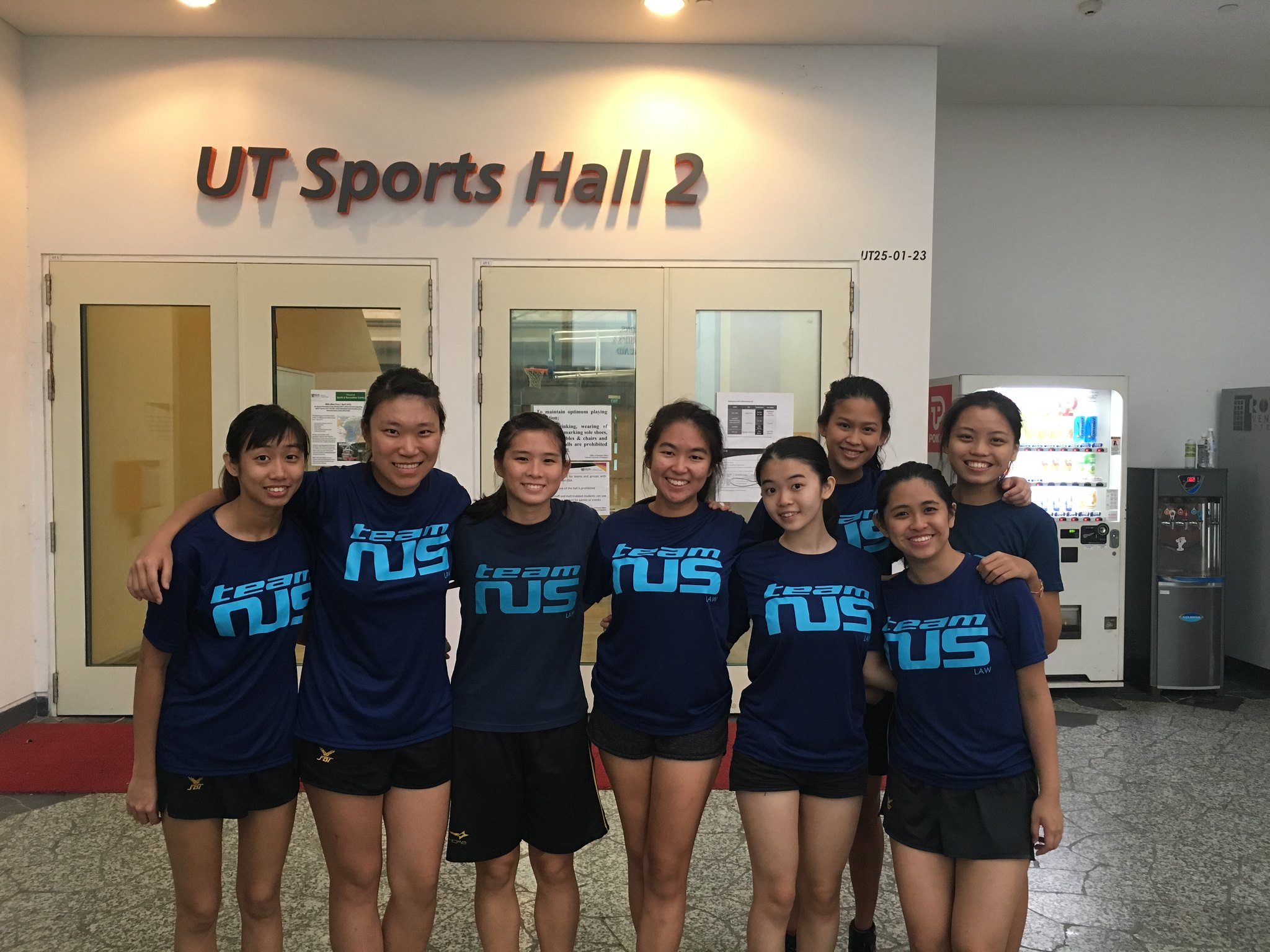 Whoever said that there was a “calm before the storm” prior to a great event clearly hasn’t seen an IFG women’s basketball tournament before. Picture yourself walking towards the indoor sport halls at UTown on a Sunday morning and being greeted with an amalgamation of different sounds. The squeaking of shoes scrapping against the floor intermeshed with the echoes of basketballs being passed around and you can only wonder, “Where’s it coming from?” Now walk closer and you will find the answer: our team conducting their warm-up drills before the tournament had even started. Needless to say, the author entered the sport hall that day with a sense of the adrenaline and energy that was about to be unleashed on the court. 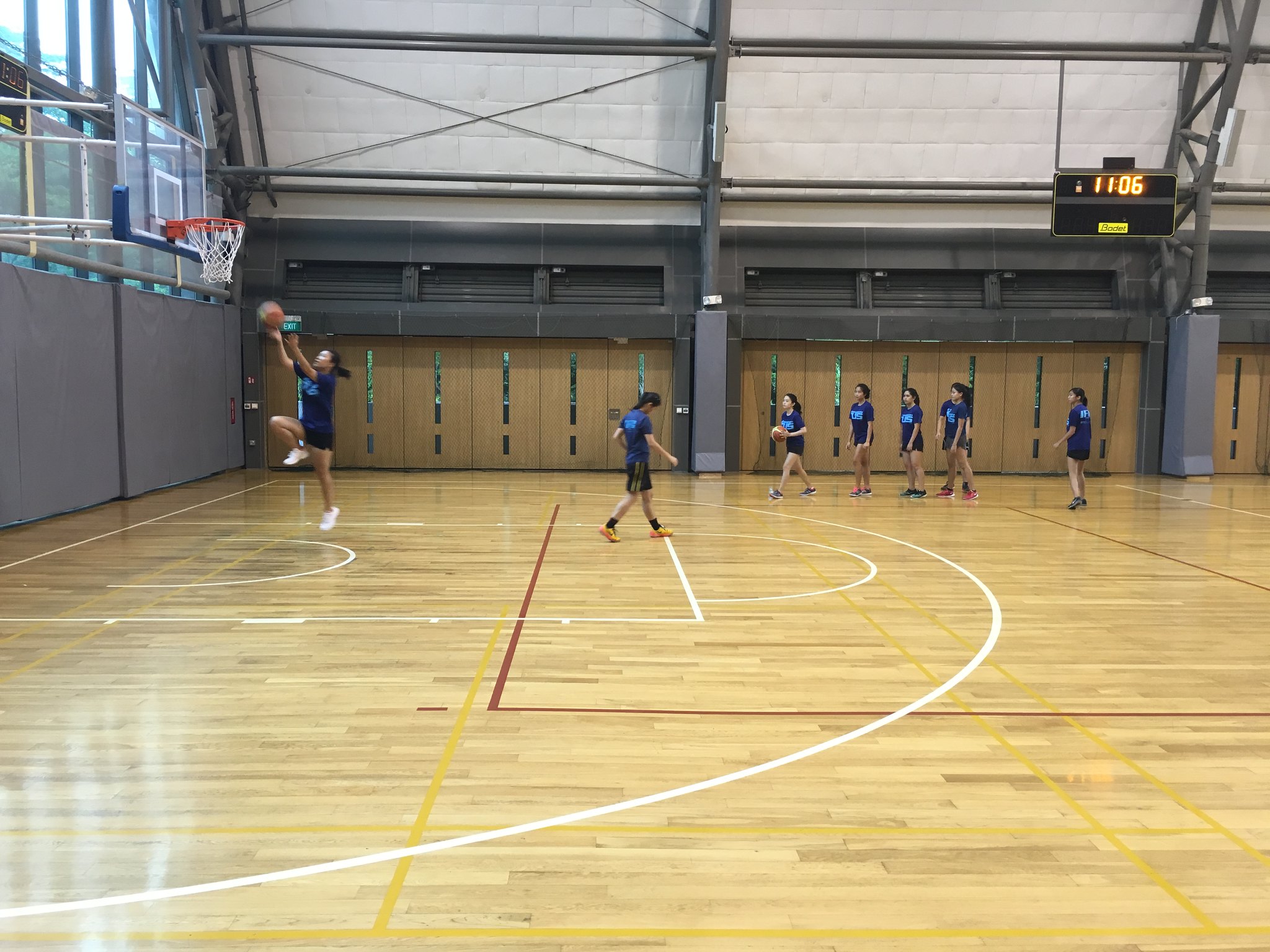 Hard at work with those warm-up drills

Our girls got off to a good start in their first game against the SDE team. With captain Yufei (Year 4) at the helm, the team played like a well-oiled machine. A combination of solid offense (agile executions of fast breaks in tandem with well-positioned shots) led by co-captain Wen Qi (Year 2) and defense ensured that not only did they draw first blood but also dominated the first half of the game 20 (Law) — 0 (SDE). It didn’t stop there. At the second half, the opponent team had tried to apply more defensive pressure on our players in order to turn the tide around. Unfortunately for them, the girls didn’t balk and went on to finish strong with the final score of 26 (Law) — 4 (SDE). 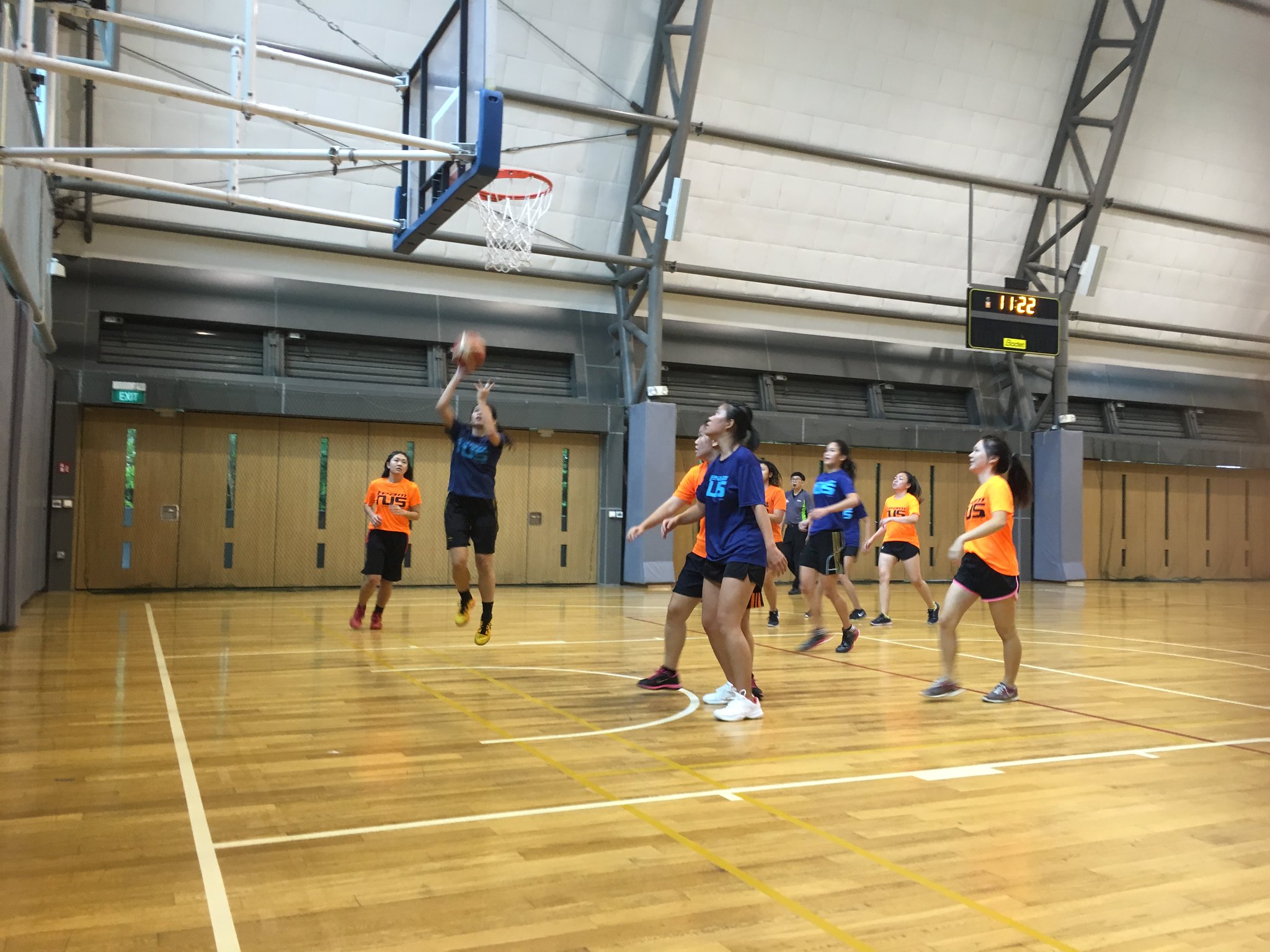 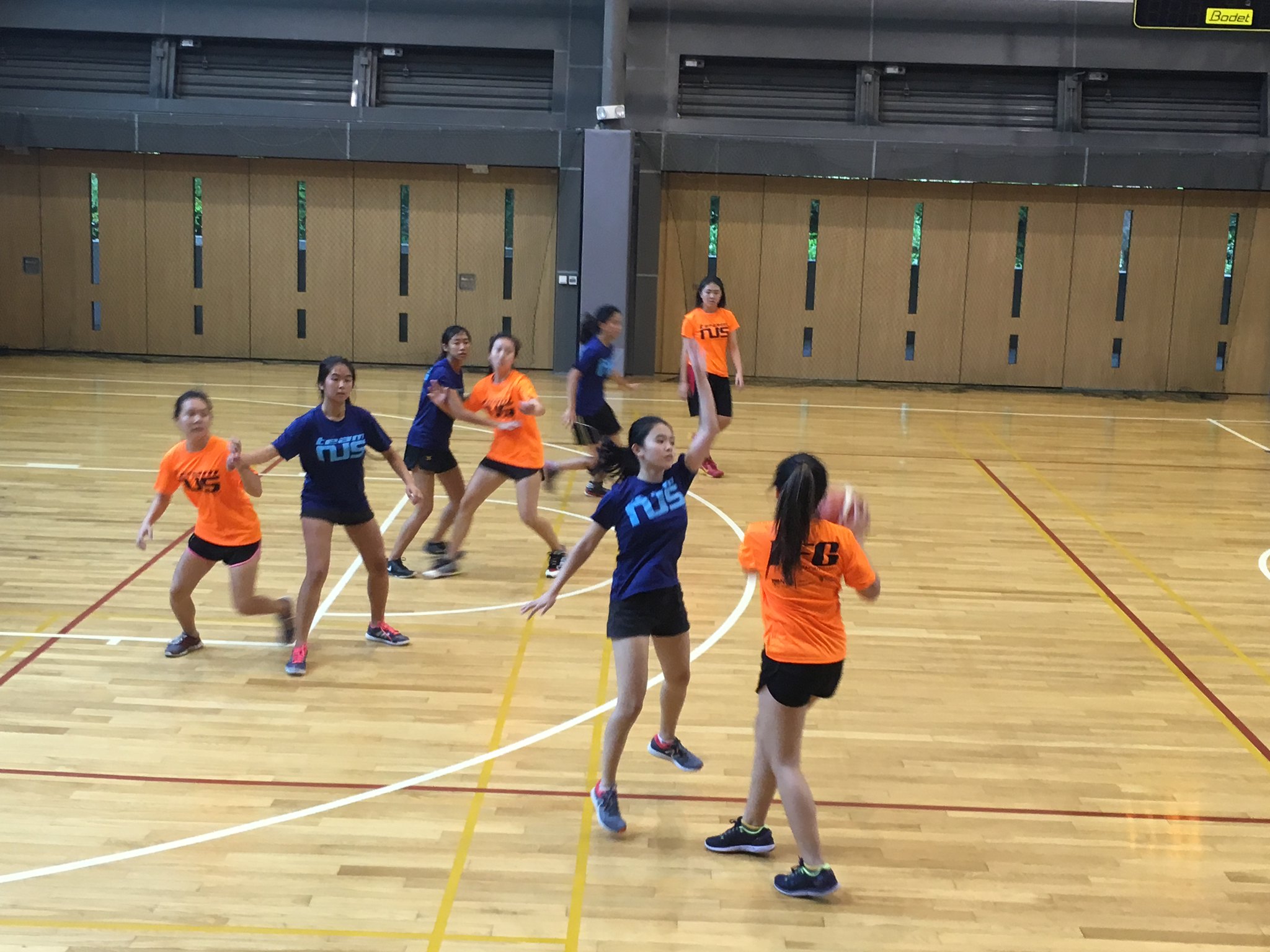 Tight defense by our girls

Though the girls had won spectacularly in the first round, there wasn’t an urge to celebrate as they considered their next opponent: the allegedly formidable Medicine team.  As one player had told the author: “You know they are that good when they got their own customized basketball jerseys.” Early in the game, Medicine had clinched the lead but that didn’t demoralize our girls as they redoubled their efforts to finish the first half 8 (Law) — 12 (Medicine). At the second half, the team continued the momentum by sinking in a few good shots to try and snatch the lead back. However, the Medicine team lived up to its reputation and the game ended with the final score being 13 (Law) — 25 (Medicine). 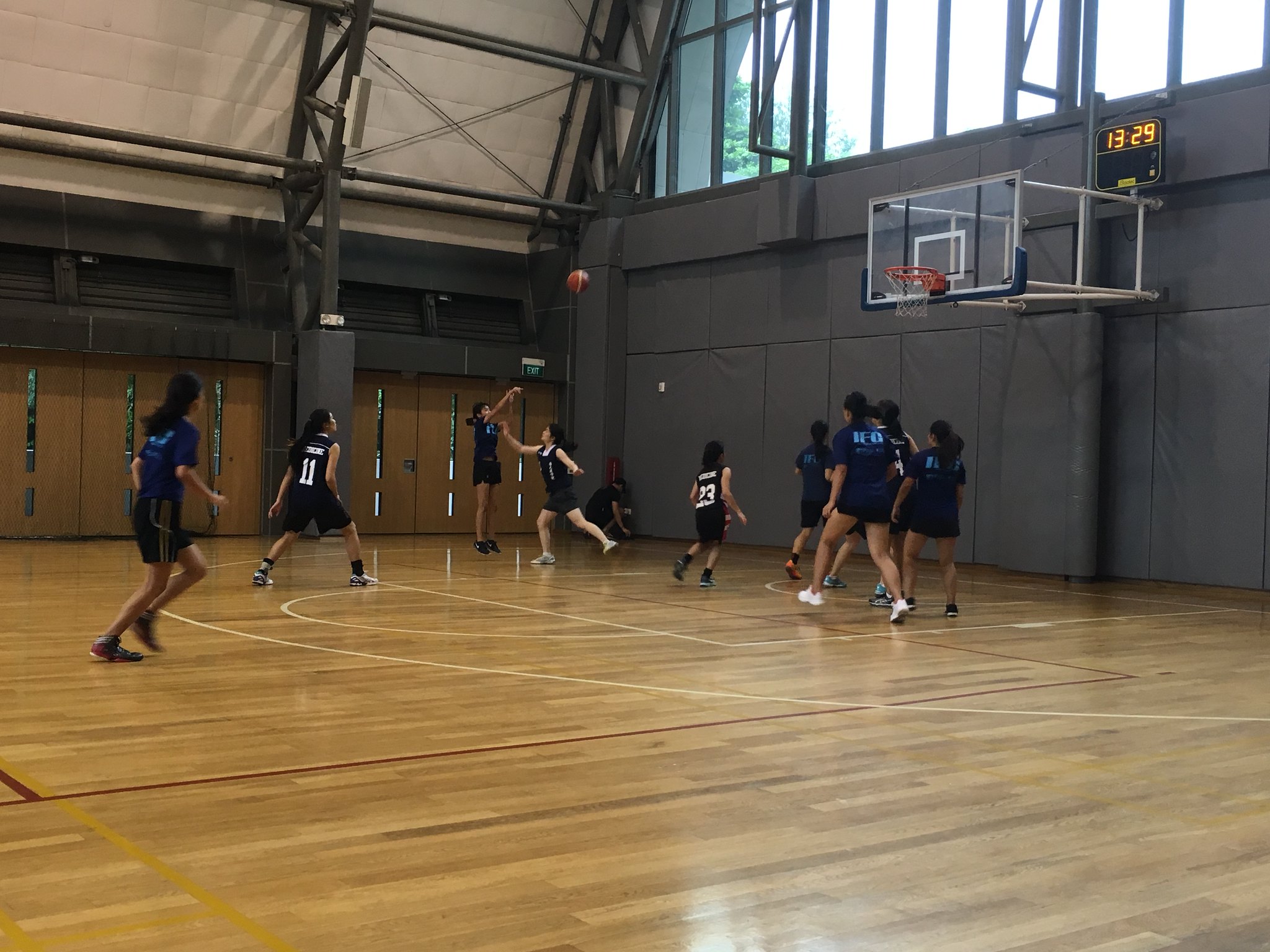 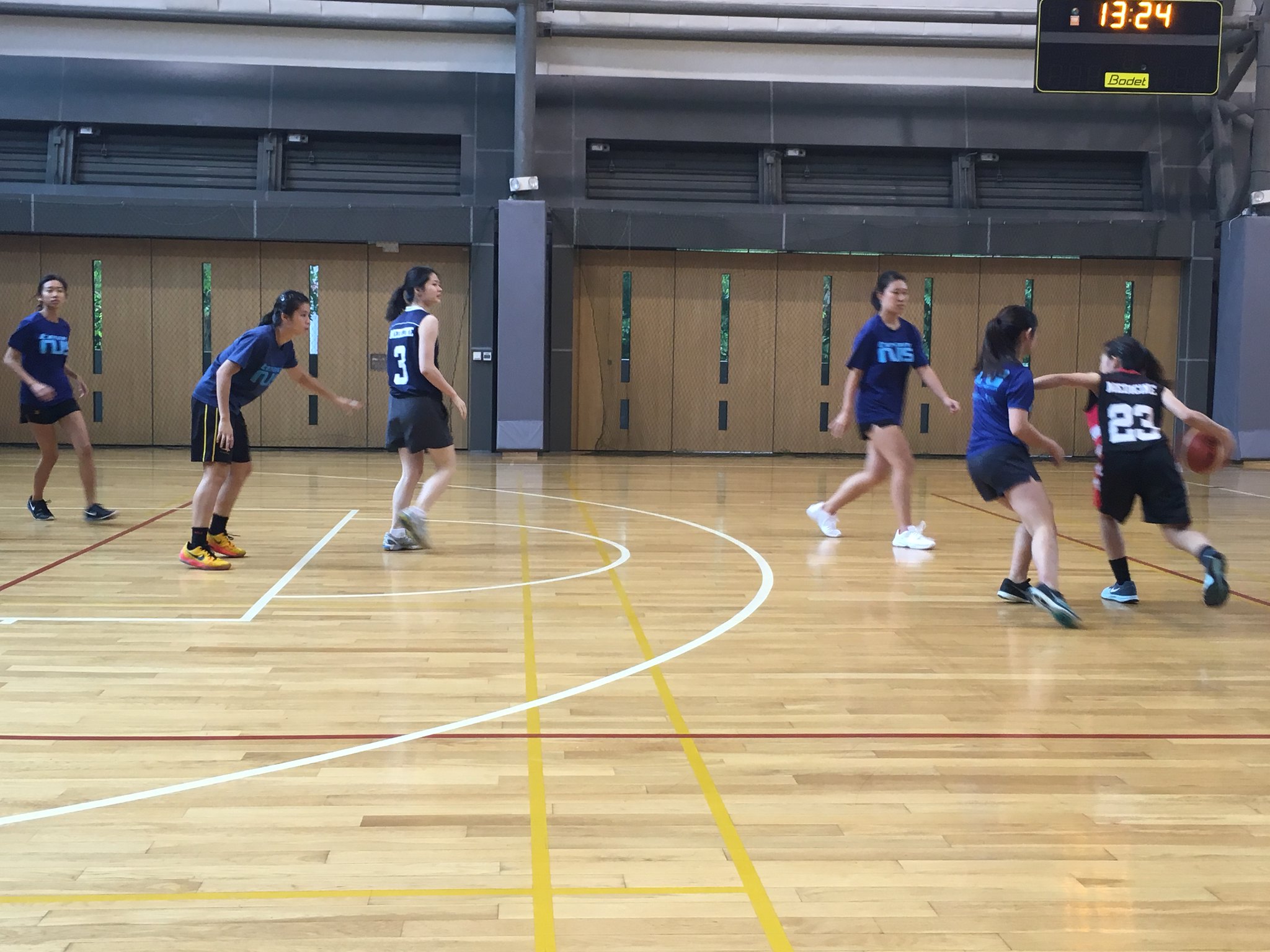 Undeterred by the result of their previous match and fatigue setting in (due to the small amount of players on the team), the girls pressed on with persistent optimism. The author noted that they gave it their all in the last game against Engineering. The opponent team had proved themselves to be a challenge, finishing the first half 7 (Law) — 12 (Engineering). An average team would have given up at that point but not ours. Coming into the second half, they managed to narrow the lead with a couple of lay-ups made by co-captain Leanne (year 2). Nevertheless, Engineering proved their mettle by holding their ground and the game ended 10 (Law) — 24 (Engineering). 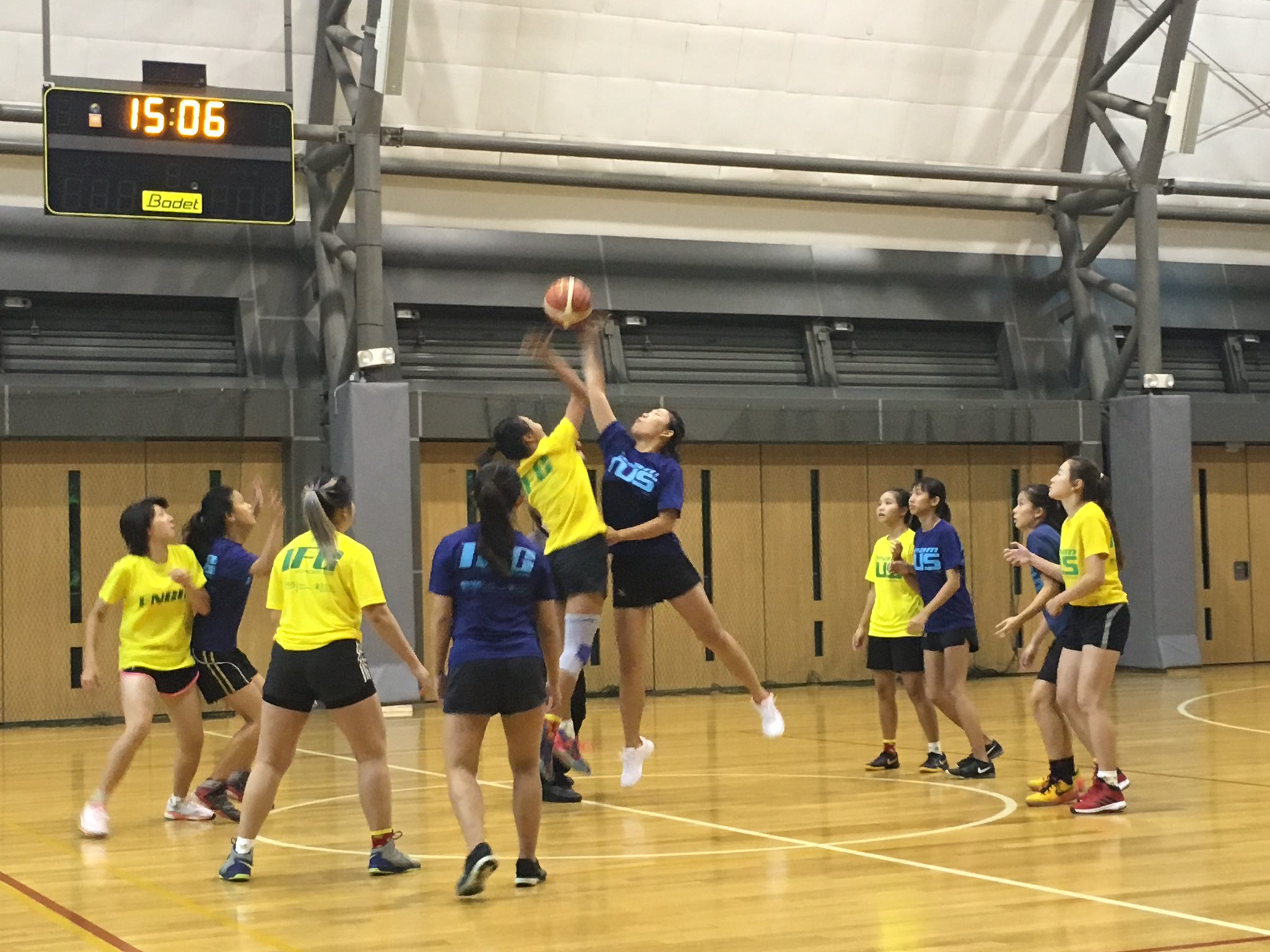 Captain Yufei goes at the ball to start the game 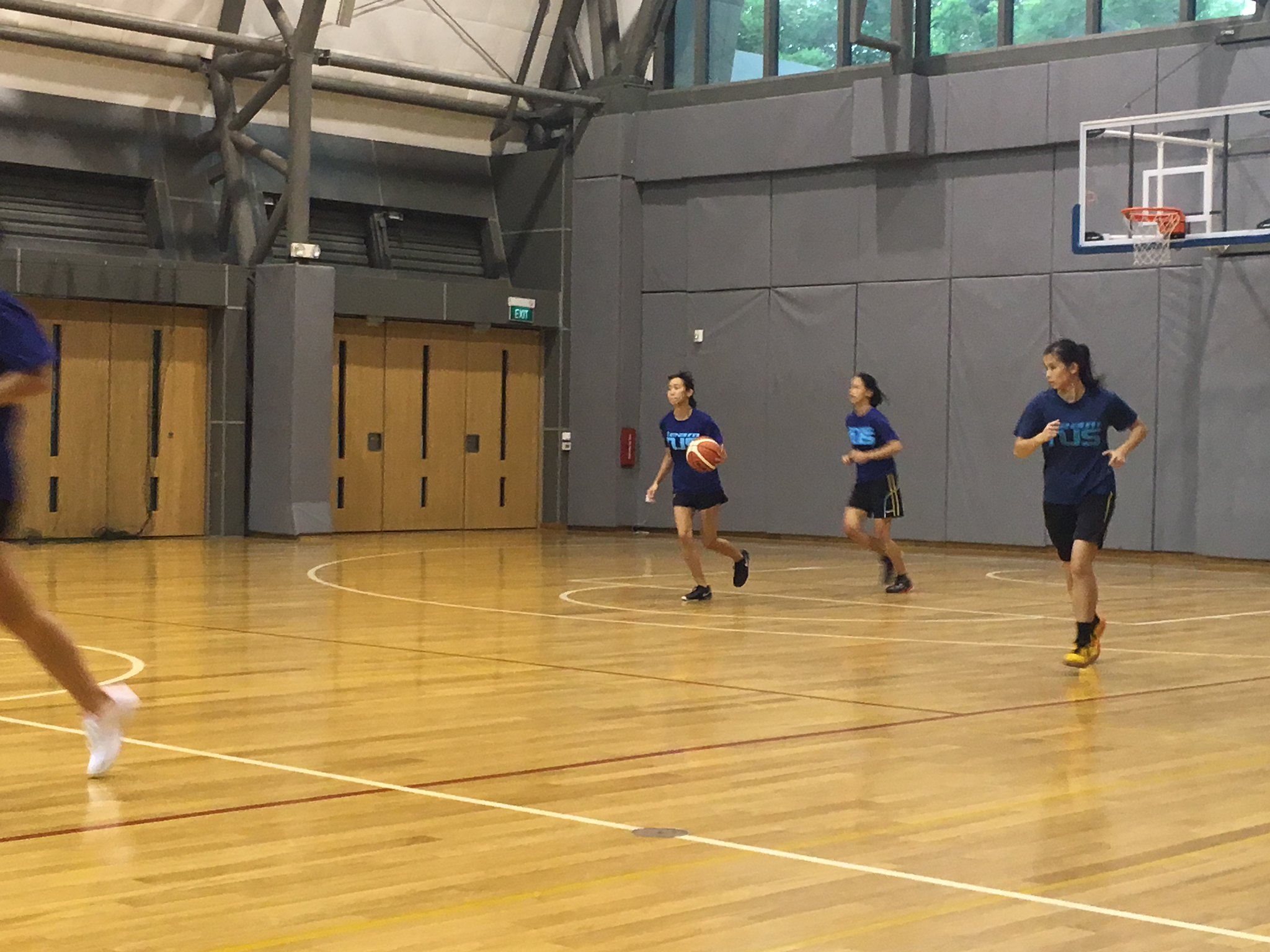 Moving on the offense 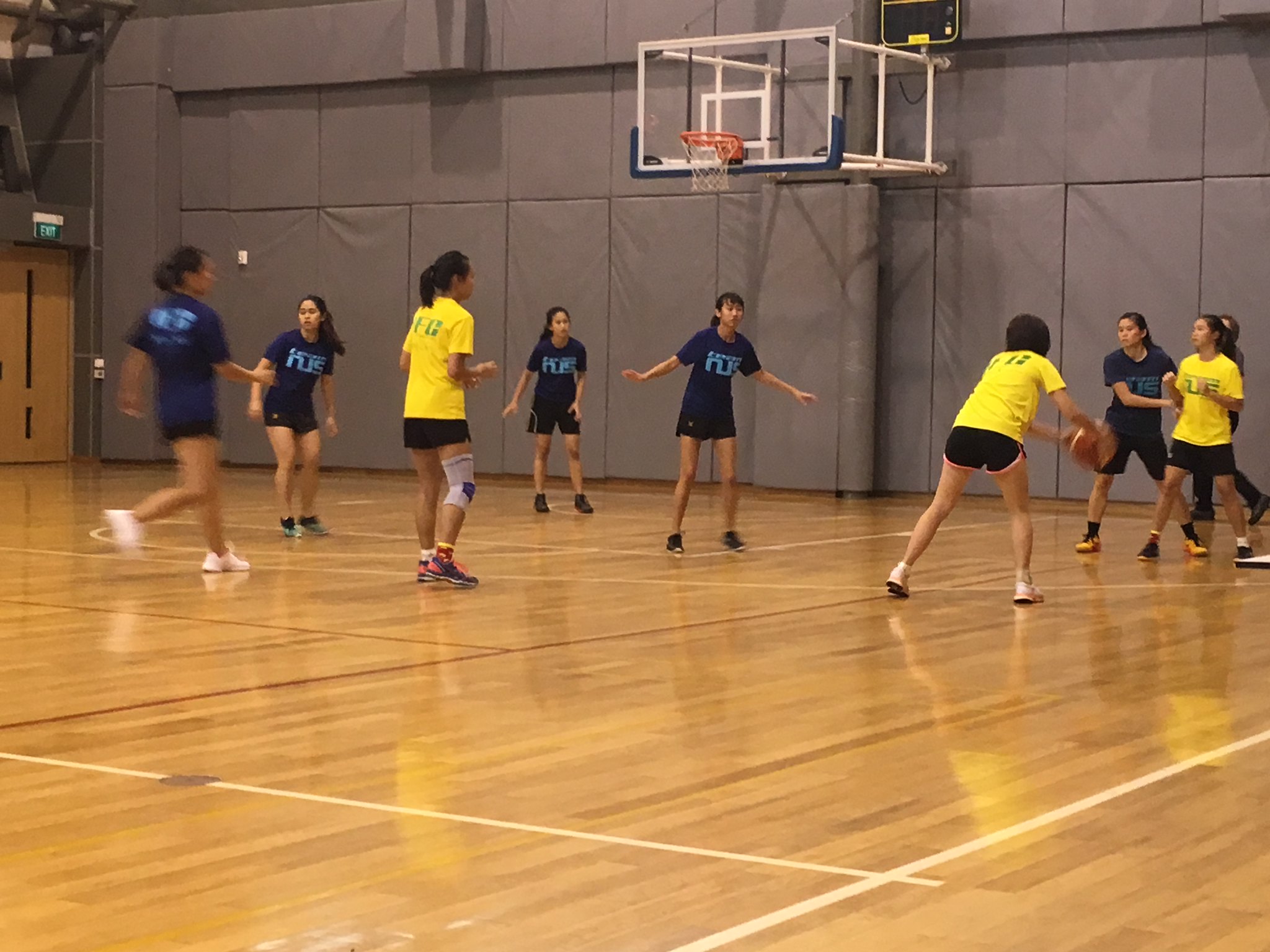 At the end of the day, the author admits to not knowing anything about women’s basketball before attending the IFG. However, he has been taken to school by a small but tenacious team of 8 players. He awaits the opportunity to view such matches again (all eyes to the upcoming Law-Med Games).