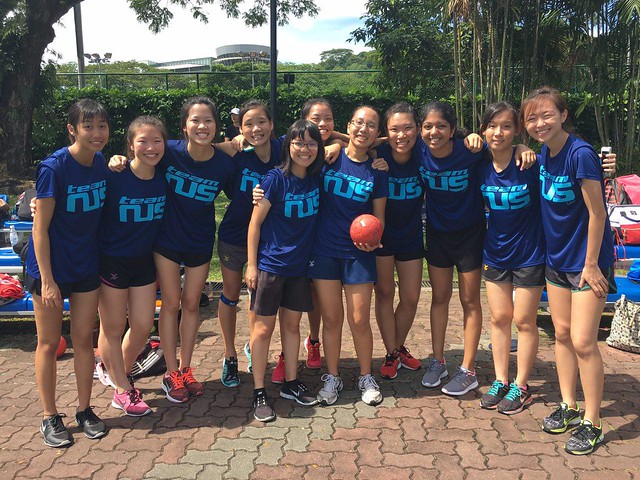 On Saturday, IFG started off with a bang with women’s handball. Our team drew a tough fixture and were up against strong competitors, but our girls played hard and put up a commendable fight.

First up, we were up against our arch-nemesis Medicine. Amidst the pushing and shoving from the Medicine players, who towered over us, our girls maintained calm and played on with grace. There were a couple of spectacular saves by our goalkeeper, Yufei, with blocks off the tip of her fingers. However, the Med team proved too strong to be defeated. Although we lost, our spirits remained cheery as this was a huge improvement since the last Law-Med (a score we’d rather not disclose). 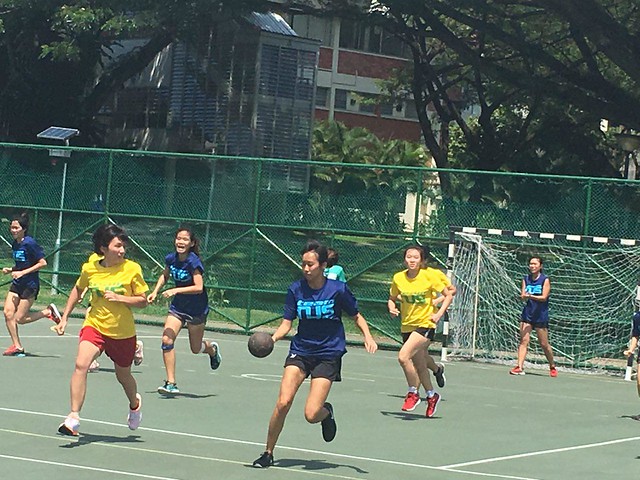 One of the most exciting matches of the day. Right after Engin scored a goal, Zheng Fan (left wing) deftly ran past the defenders and scored the first goal of the day. Emotions were running high — we were drawn 1-1 with Engin! Our girls were pumped and took a turn to a more aggressive play. Zheng Fan, girl on fire, scored another goal, confidently aiming at the same corner as before. Alas, after half-time, the Engineering team picked up the pace of the game and the game ended with a score of 2-5 to Engin. 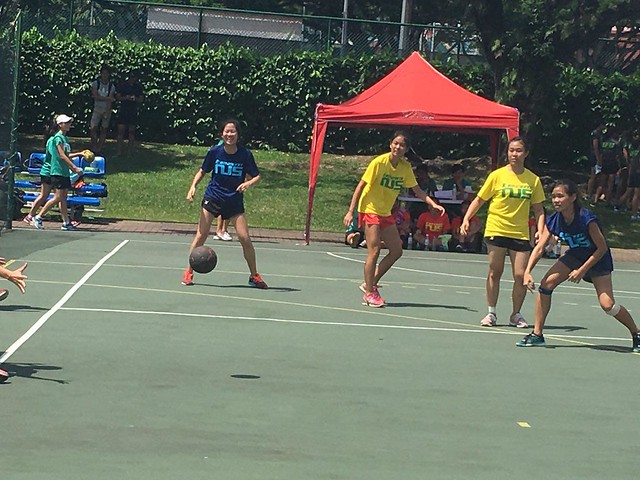 After an inspiring pep talk from Carmen and team captain Yuxin, our team charged on. Having observed Science’s previous match, our team used our advantage of speed and made a few valiant attempts at scoring. Finally, one of our strongest players, Sumedha or ‘Su’ (second left), scored a goal that took the whole science team by surprise. However, the Science team tightened up their defence after that and the score margin widened considerably. 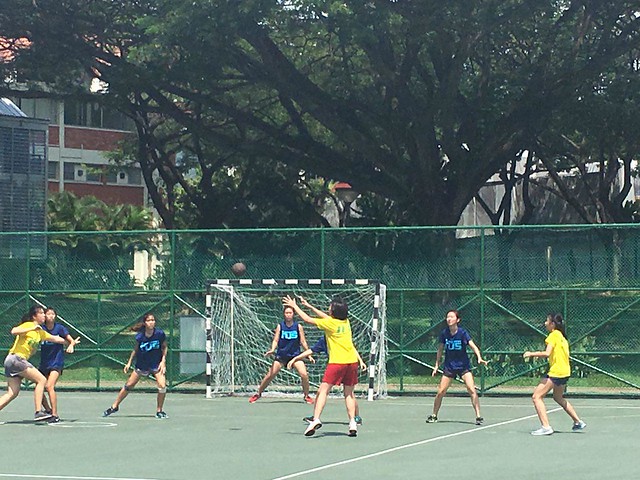 All tensed up for defence

Despite already knowing we won’t be able to proceed to semis, our girls were sporting in our last match of the day. However, as a faculty with fewer players, our girls were worn out and could not hold up against the Biz team’s quick attacks. In fact, the Biz team proved to be one of the strongest competitors of the day, with one of their members scoring goals using an unprecedented “bowling” action.

Overall, the team has come a long way, and to quote Carmen, “this is by far the best play we’ve seen”. The team is hopeful that with more trainings, we’d stand a good chance against Medicine for Med-Law. Till next time! 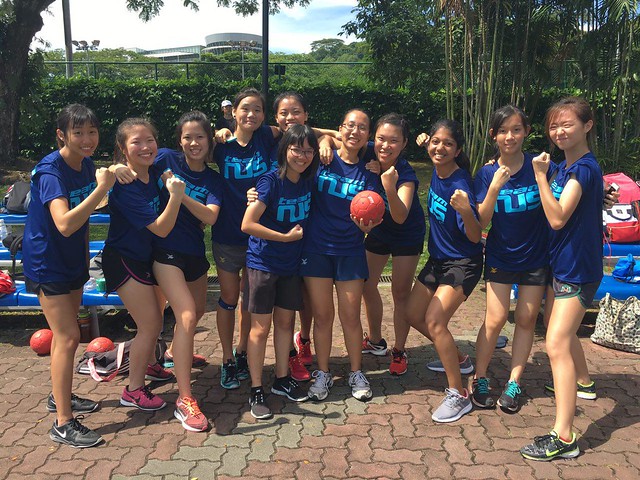