From the 6th to 9th of June, 180 enthusiastic freshmen brought their friendly smiles to our beloved Bukit Timah Campus, eagerly anticipating 4 days of fun and laughter.

Kicking off NUS Law Orientation 2016, Law Camp sought to set the bar for the orientation events to follow, while allowing the freshies to bond and get to know each other. Activities in this year’s Law Camp were intertwined with the overarching theme Terra Nova, engineered and developed by the talented Storyline Committee. Supplemented by a series of 5 videos (once again produced by Storyline), the thrilling and suspenseful story saw the Light Tribe (OGs 1-5) go up against the Dark Tribe (OGs 6-10) in an ultimate battle for the exclusive rights to their ancient burial grounds, the Summit.  With a cloud of uncertainty hanging over their heads, the freshies set out to defend the honour of their respective tribes and seek the answers they desperately needed (EXCITED).

To kickstart the Camp and ease the awkwardness that lingered from the opening address, the freshies embarked on a series of station games that required teamwork, skill and a sense of humour. From shooting shoes into a hoop to carrying cups and moonlighting as immigration officers, the freshies bonded with their fellow OG mates, and the hesitant smiles soon turned to hearty laughter as they began to realise that not everyone was there to cut each other’s throats (yay!). 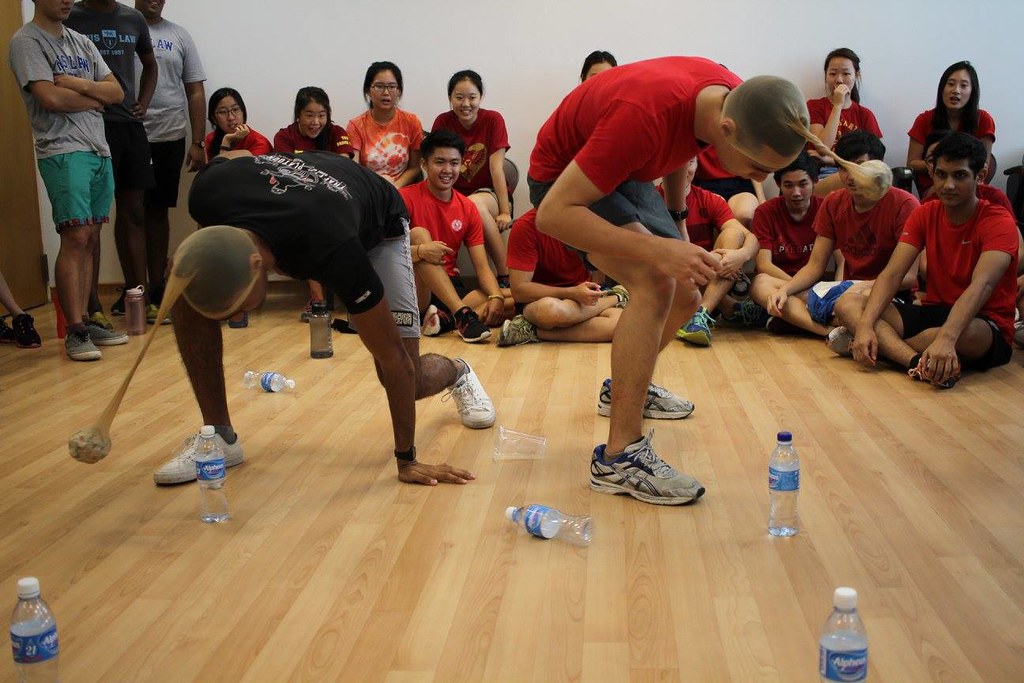 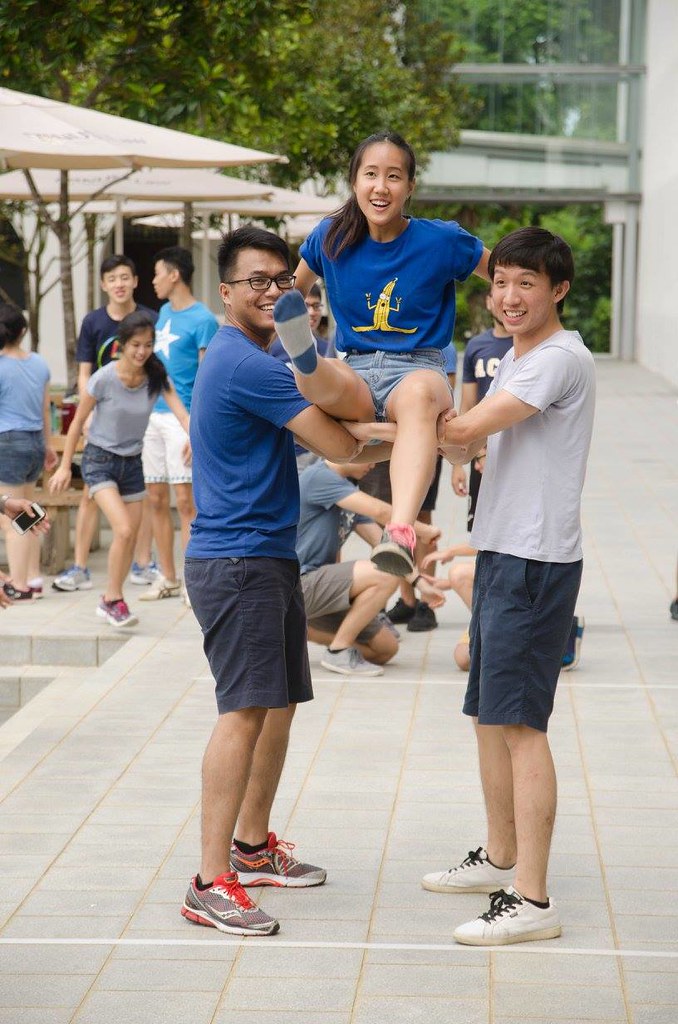 Judging from their line of vision, I think it’s safe to say that this shoe did not land in the hoop

Next, the freshies were brought to Fairyland where they were introduced to their Secret Pals. After a gruelling 2-hour long speed dating session, where each freshie held meaningful and thought-provoking conversations with multiple members of the opposite gender, freshies were given the chance to indicate their ideal partner and hopefully set up a second date (NOTE: Life, however, is not a buffet, and it is unlikely that you will ever get such an opportunity again). 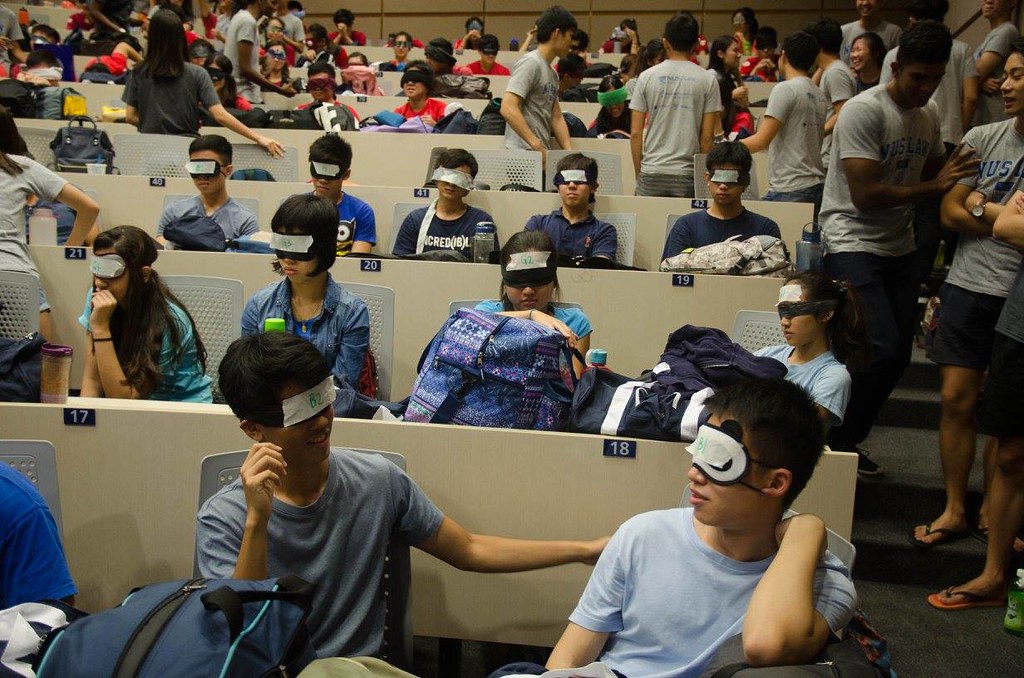 Day 2 commenced with a lovely trip to Palawan Beach at Sentosa for the freshies to show off their dadbods and accentuate their uneven tan lines. Thankfully, the weather did not disappoint, and the sun shone brighter than my future (yes, that’s how bright it was) as the freshies readied themselves for some sweat ‘n’ sand action. With a host of exciting games in stall for them, the freshies could hardly wait to get started (and sunburnt). 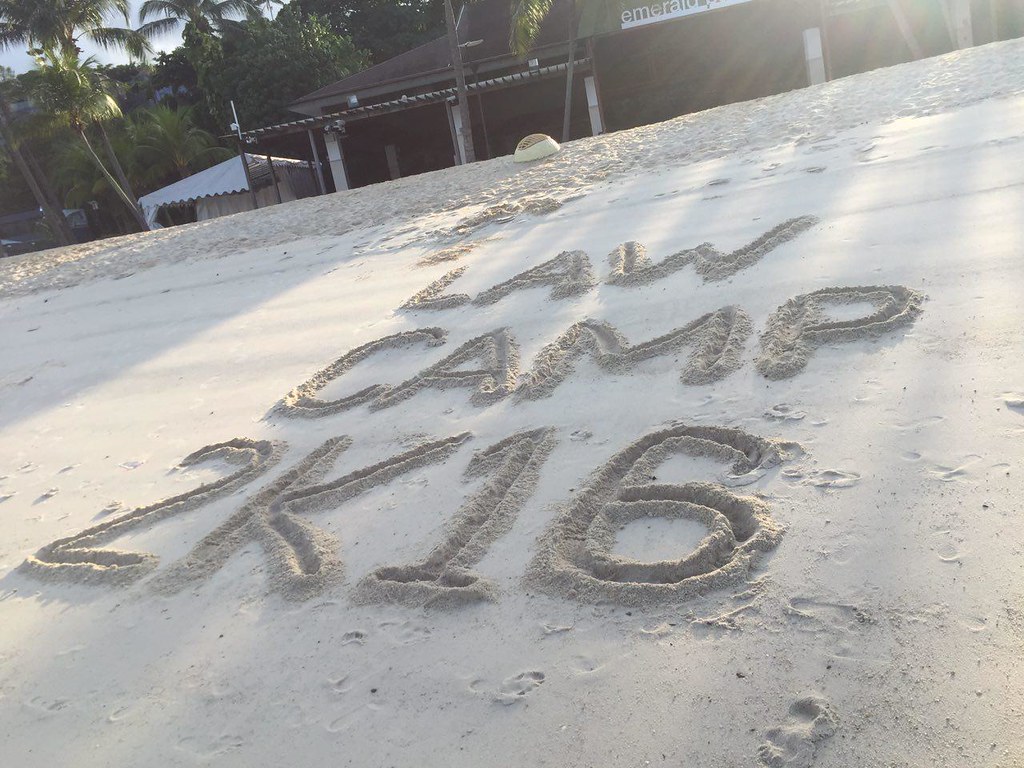 The Sun is shining, and so are we 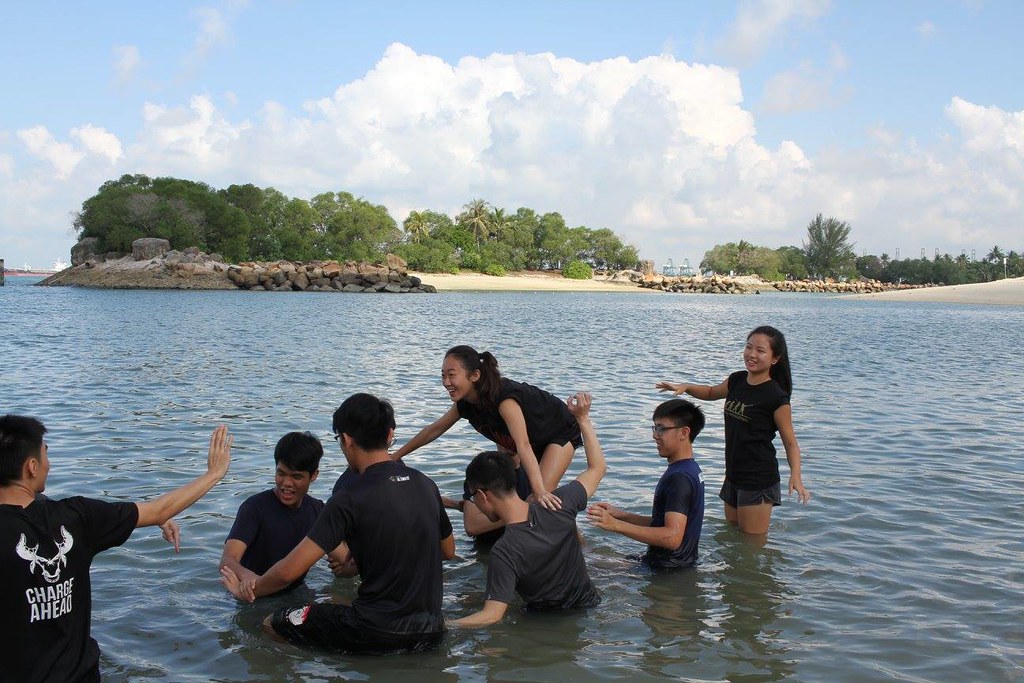 Building bridges, only for them to be burnt later on in the day (or night) 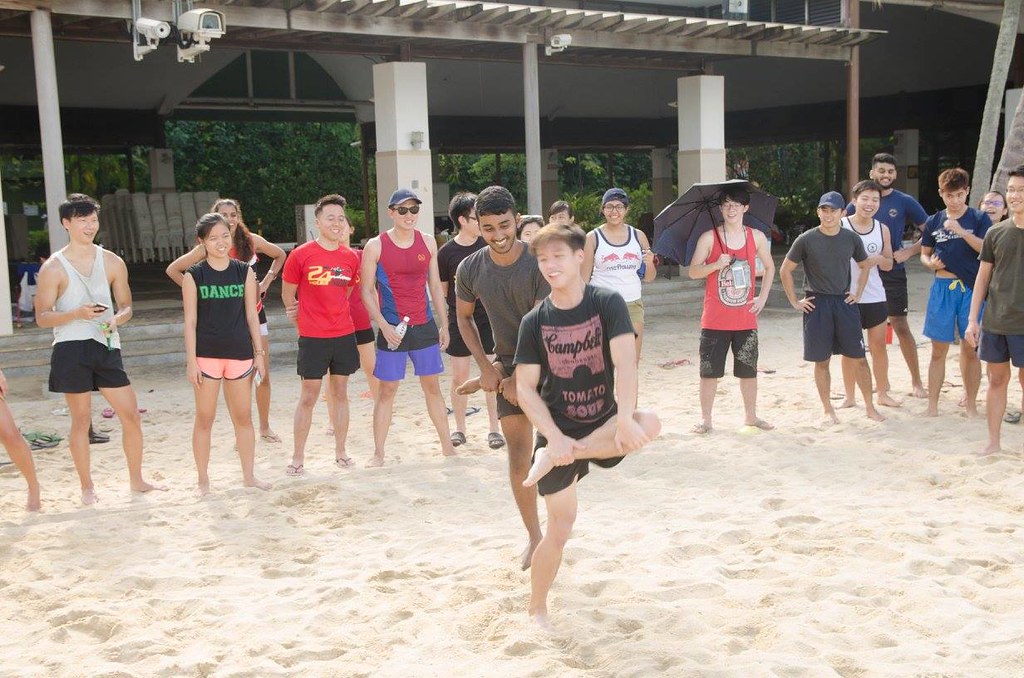 Chickening out from the Chicken Tackle fight

Throughout camp, the freshies were also exposed to various Law School traditions that tested their wits and strained their mental fortitude. Suffice to say that the freshies made it through the storm unscathed, got to see the rainbow on the other side, and will live to tell the tale next year.

Looking to put an end to their mindless dispute, the Light and Dark tribes came together for one final showdown at the Sacred Roman Colosseum (AKA Sports Recreation Centre), where gladiators of old fought to the death. There, the tribe leaders put their bodies on the line for the glory of their respective tribes, and readied themselves for the incoming onslaught. With their OGLs’ bodies on the line, few freshies seemed to care as most adopted the adage that offence is the best defence (which, unfortunately for the OGLs, didn’t really apply in this case…) and charged straight for the opposing tribe. In the end, the Light Tribe emerged victorious and staked their claim on the Summit for the rest of eternity. 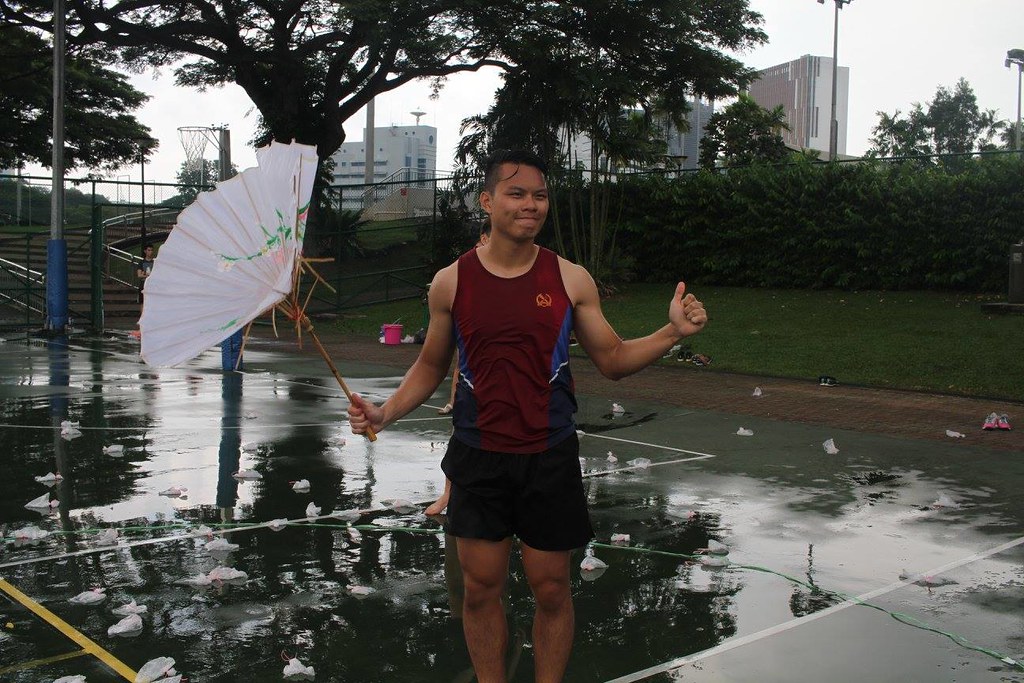 Light Tribe OGL Josiah Tham unfazed by the barrage of water bombs heading his way: Come at me bruh 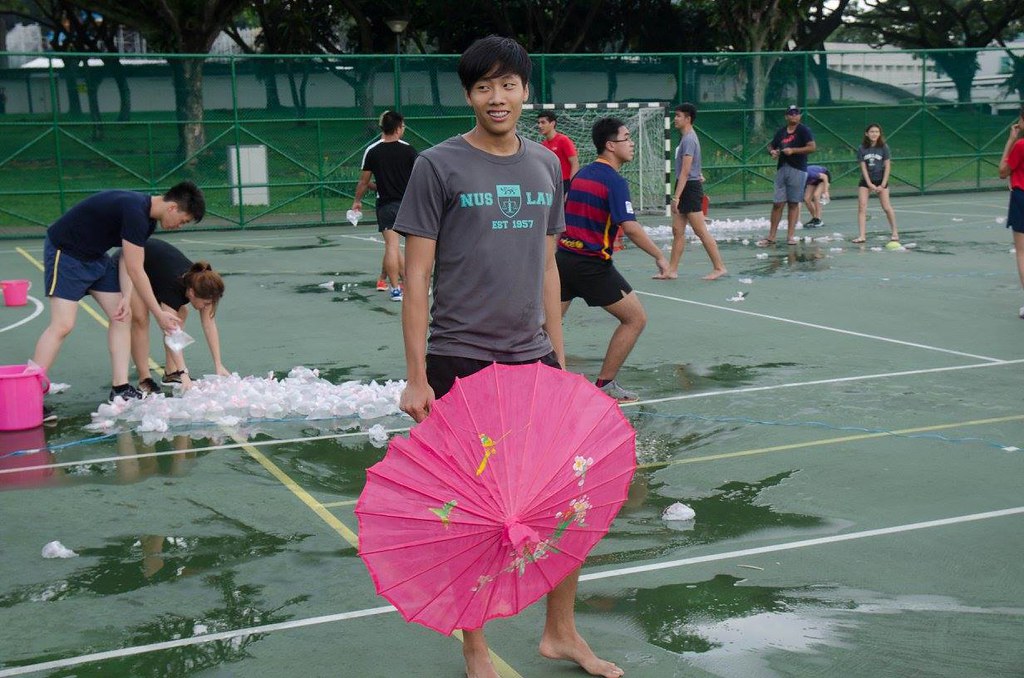 Pink is definitely his colour 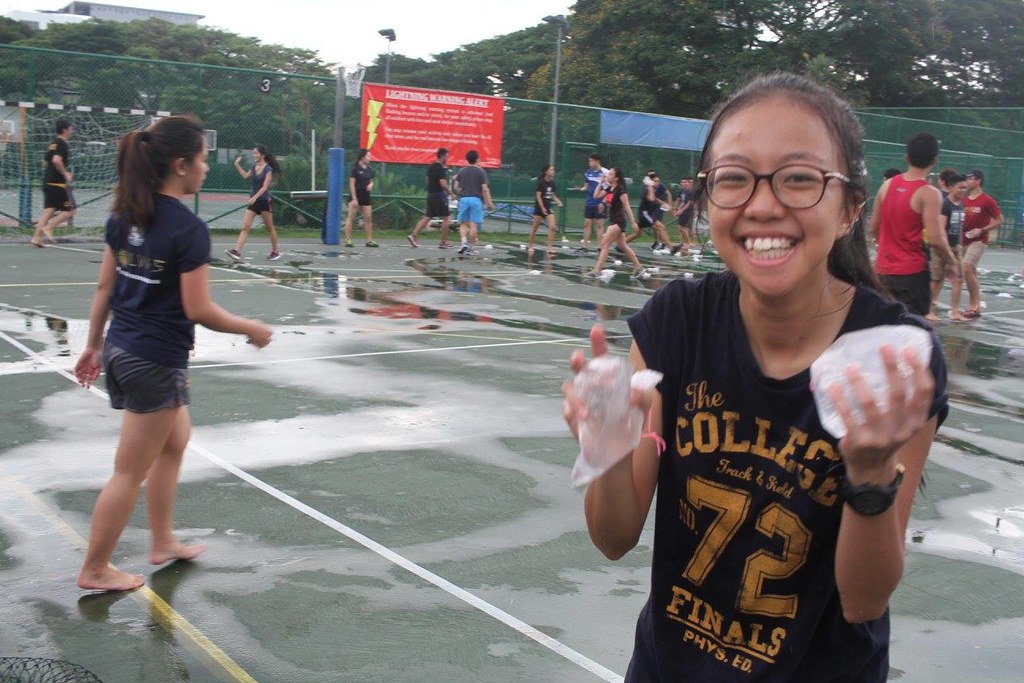 While Law Camp is now but a distant memory, the friendships and bonds forged during camp bear testament to the unforgettable experience that (I hope) every freshie had. And although it might seem like an appropriate time to input a sappy farewell message, Law Camp really was only the start of orientation and, more importantly, of each and every freshie’s law school journey. 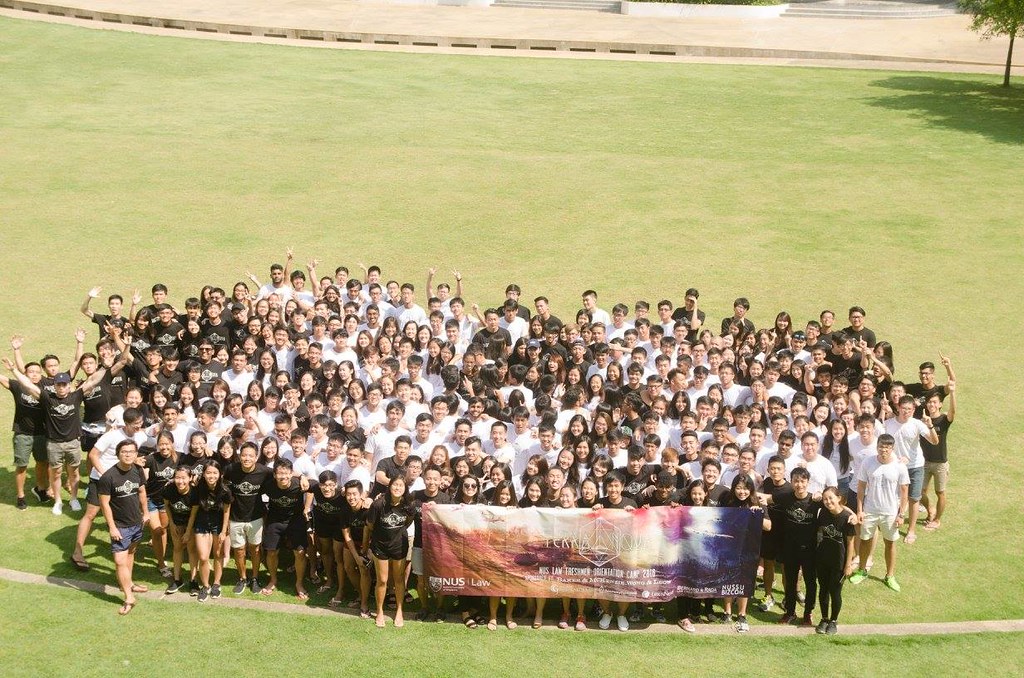