Both figuratively and literally…

As we are all aware, there is only one gold this year and it doesn’t come from Tennis, but we can boast of having the best sporting result this year (because DOTA isn’t exactly a sport, but well done anyway guys ^^).

The goal: make it to semis for the first time in many many years. 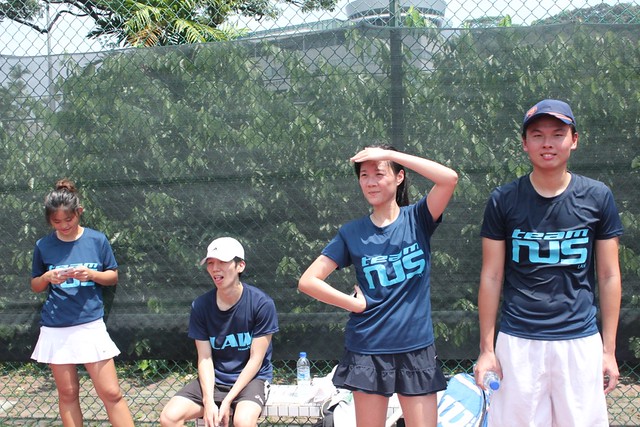 Jess: our future so bright I gotta cover my eyes

I say “many many” because I’ve heard quite a range of numbers from my seniors, ranging from five to twelve (years) since we last made it to semis – evidently no one is really sure when law last made it to the semis. 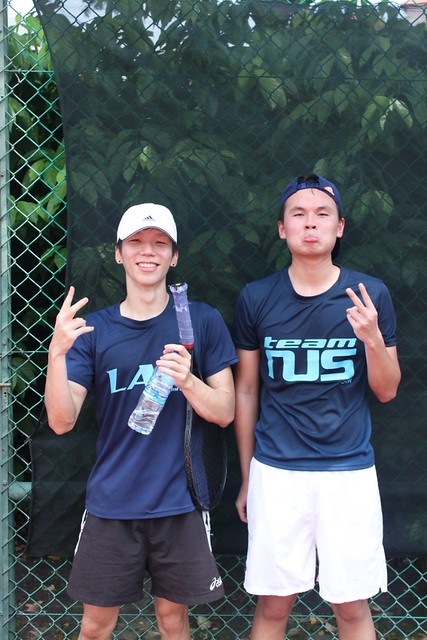 Joel’s got his game face on

In our quest for the semis:

My shoe broke during warm-up, and I had to borrow a pair. Kudos to Ashley “Bashley”, who carried us through our match! We lost in the end, but no points were thrown here despite broken shoes – promise.

When I asked Captain Chris for a quote about this match, he sent me a voice message that said “WE DESTROOOOYYYEEEEEDDDD”, followed by some evil laughter. I guess that summarises how well the rest of the team did 😀

According to Captain Chris, this was the match that we needed to win to get to the semis. And win we did. Mwahaha. 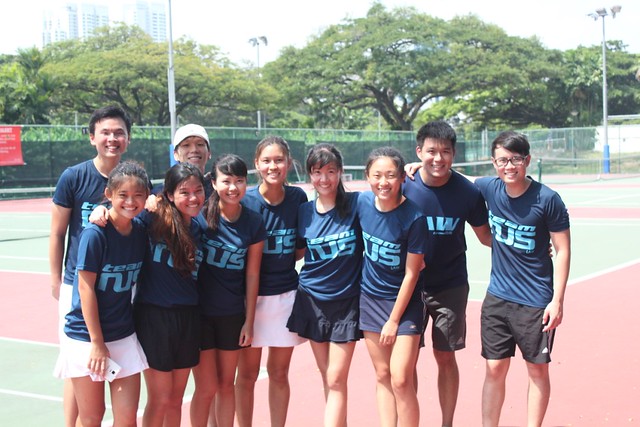 After the first day 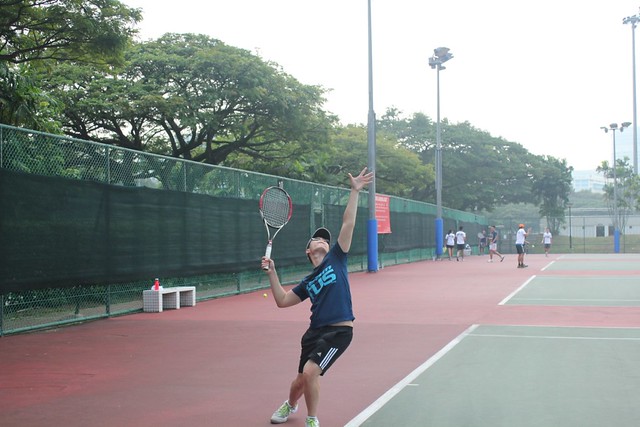 The highlight of the match was definitely Ernest and Maverick’s doubles game! There is world class entertainment to be found on their court. Their banter on court is (Y). 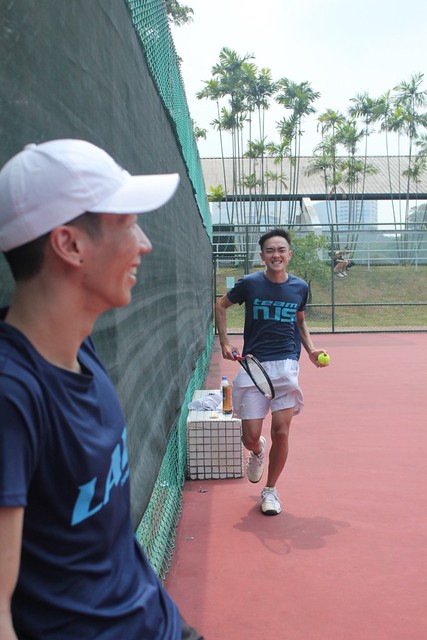 At this point, we had already made it to the semis, so this match was just to determine our group placing. Business was going to be a tough fight (duh).

The match was a close fight, and at 2-2 each, it all came down to the women’s doubles match. The final score was a loss of 7-6 (8-6) despite our valiant efforts. But all we remember was the terrible tan from being under the sun for so long.

WE MADE SEMIS, so it didn’t really matter that we lost anyway. 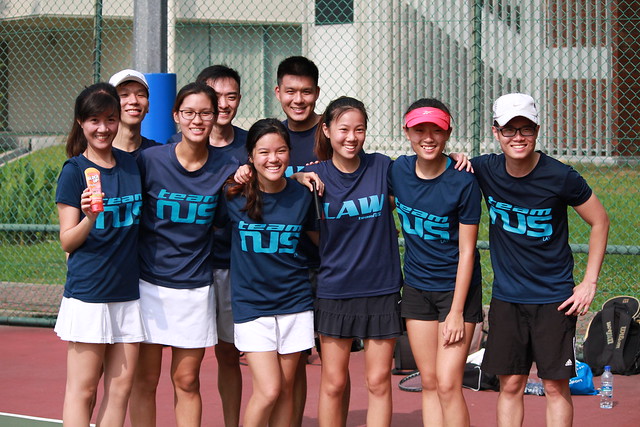 As evident from our big smiles! 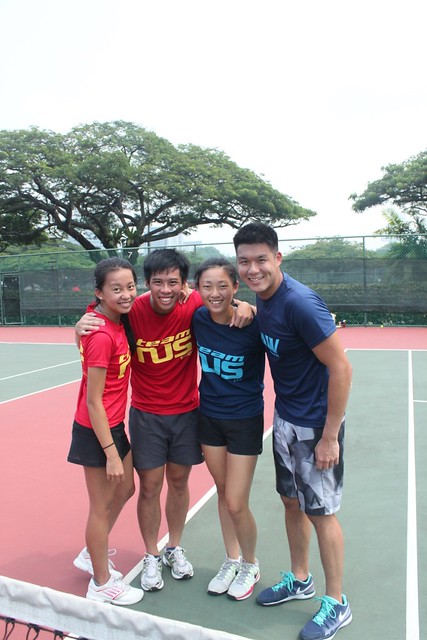 And bigger smiles! Pic credit to Callen, who came down to help take photos – thank you!!

Everyone’s favourite rivalry!! We went in with the minimum number of players, and were gunning for the gold as the underdogs. Even our cheers paled in comparison (C: that’s what happens when you have 8 people and the other team has over 20). 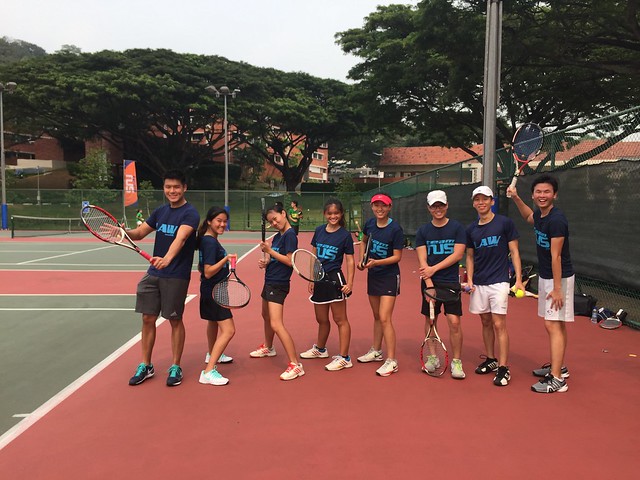 Our 8 players. Well, they say that 8’s a lucky number

This was the match that would determine whether we would have the best sporting result in this IFG, and we pulled through!

Honourable Mention goes to Ernest as the master of lobbing (i.e. using annoying shots to beat opponents who have no patience). He really tested his opponents’ with his beastly high shots (Ultra High Angle Bonus +30G). 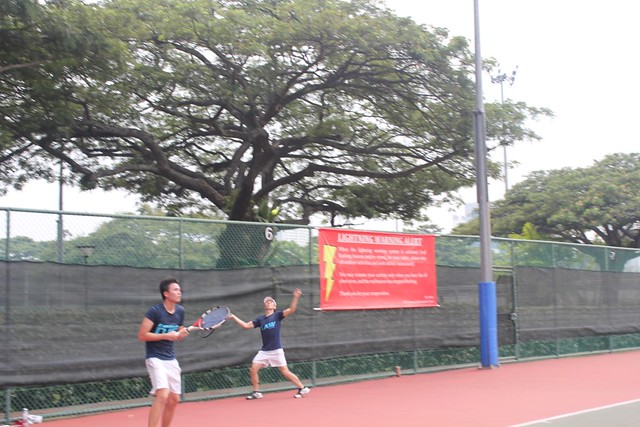 Ernest (“Starfish”) receiving one such lob!

The match really came down to the mixed doubles, which saw the law pair come back from behind. Kudos to Chris’ killer serve, which saw the opponents struggling just to get it back (C: thanks la k I know all I got is my serve)! This match really tested our patience though, for our opponents were practically walls. But what does it matter, WE DESTROOOOYYYEEEEEDDDD!! 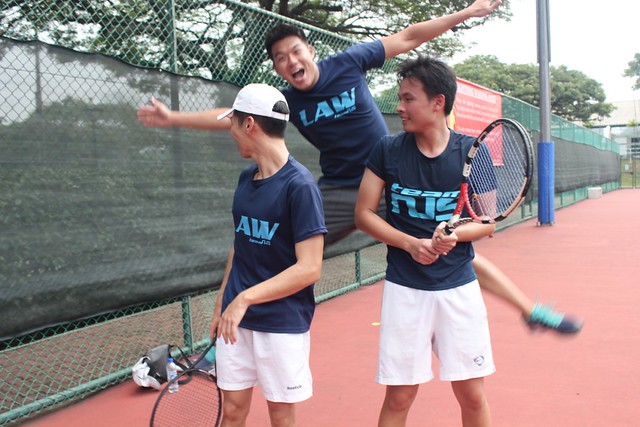