The preliminaries for this Moot Competition started as early as 28 August, when the Moot Problem was released to 116 participants and these participants mooted against one another in front of a panel of two judges on 5 September.

From the Preliminary Rounds, Allen & Gledhill has selected 8 participants to advance into the Semi-Final rounds. In no order of merit, they are:

Following which, the Semi Finals took place on 18 September where the 8 Semi-Finalists mooted against each other, pair by pair, for 4 spots for the Finals!

With that, let’s hear from Yuet Cheong, one of the semi finalists, on his experience as a Semi Finalist:

‘It was a great honour to go before two highly accomplished partners from A&G and Prof Elaine Chew. It has definitely been a valuable learning experience for me and I hope to work on the judges’ feedback so as to improve as a speaker and mooter’.

Pavithra (Yuet Cheong’s supporter and audience of the Semi Finals):

‘Yuet Cheong was cool and unflappable, and defended his case the best he could’. 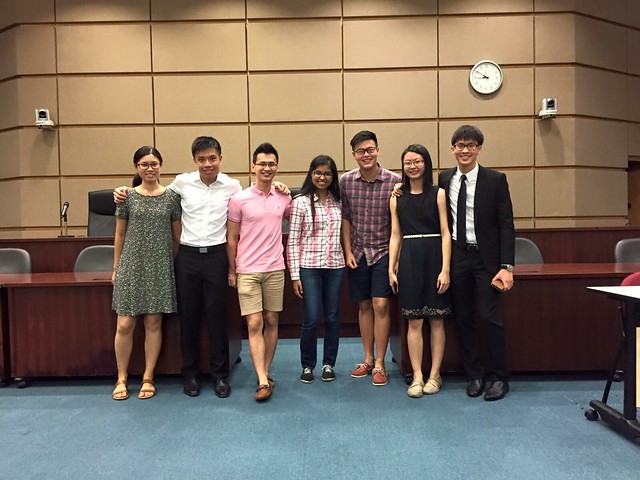 AND COMING TO THE FINALS THAT JUST TOOK PLACE LAST FRIDAY (2 October)!!!!

During the intense few hours last Friday, the appellants — Grace Teo and Mok Zi Cong — took to the stand to battle it out with the respondents — Joel Zhang and Ephraim Tan — on the issue of confidentiality in a mediation setting.

Let’s take a look at the mooters ‘live in action’!! 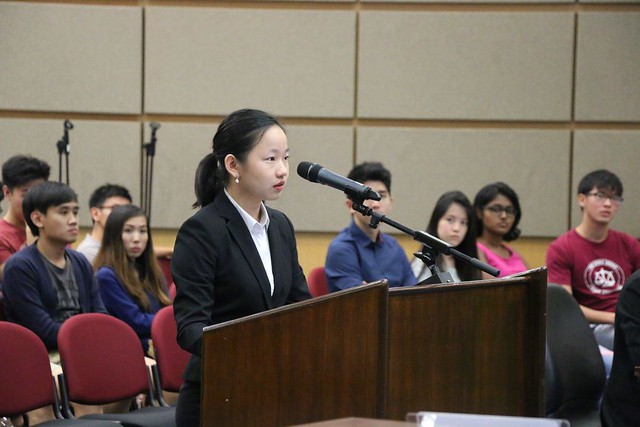 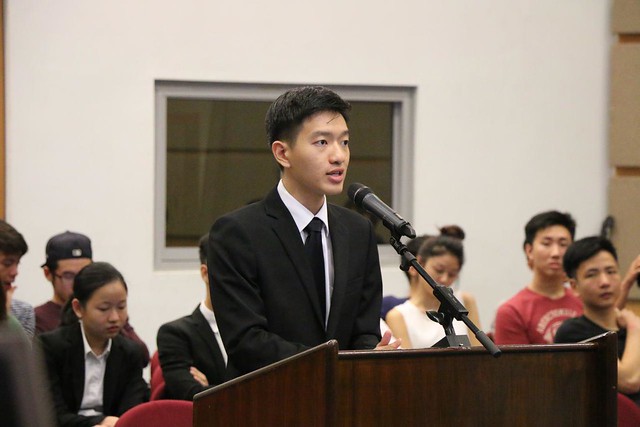 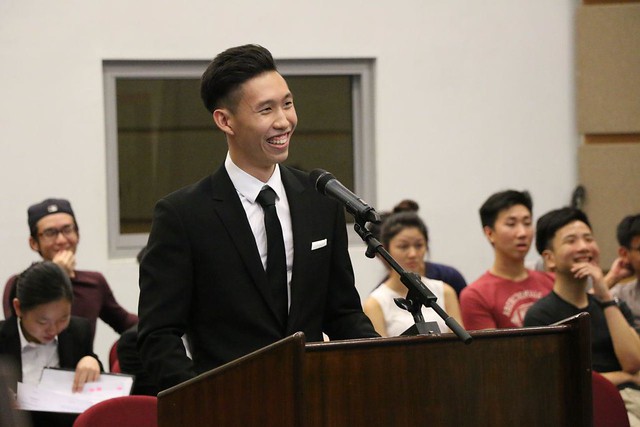 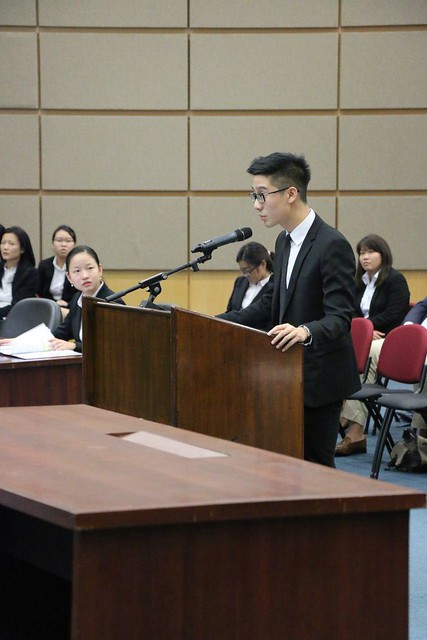 And not forgetting to mention, the judges presiding over this moot were the Honourable Judicial Commissioner Kannan Ramesh, Mr Edwin Tong SC, partner of Allen and Gledhill LLP, and Associate Professor Eleanor Wong. 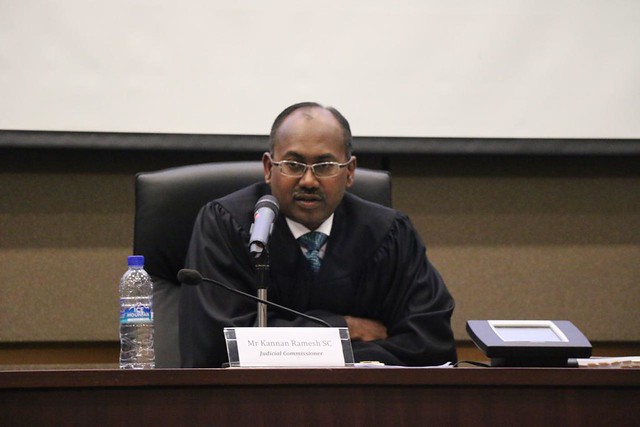 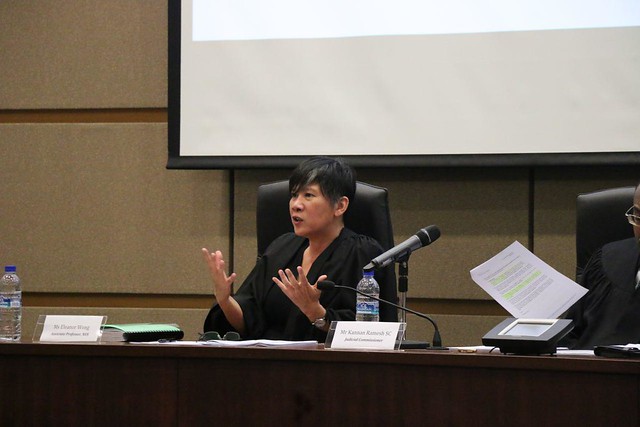 Throughout the moots, the participants stayed composed whilst facing tough questions from the judges and were able to deliver their speeches eloquently and fluently. It was a really exciting experience for the audience watching and hearing the finalists moot against each other! 🙂

After an evening of presenting, debating, and rebutting, Joel Zhang was announced as the Champion, followed by Grace Teo as 1st Runner-up as well as Ephraim Tan and Mok Zi Cong for 2nd Runner-up. Congratulations to all the Finalists! (: 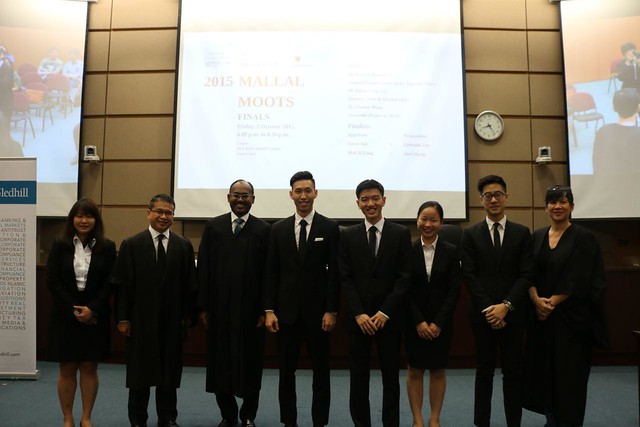 “Ultimately, the bench advised all that the spirit of mooting much more about having a discussion with the judges rather than making a speech. In that vein, all future participants were encourage to interact more with the bench and, more importantly, not fear the questions from the judges.

All in all, it was a great night of cutting wit and intellect from some of law school’s best and brightest. As another year of Mallal Moots draw to a close, we will be looking forward to the event next year.”

*Author would like to thank the NUS Mooting and Debating Club, Yi Jie (Year 1), Renee (Year 2) and Ian (Year 2) in particular for organising the event and support for this article in terms of clarification of the information for the finals.