If it is true that forbidden fruit tastes the sweetest, then time spent unproductively away from cases and readings must be a law student’s guilty pleasure. That however, seemed to be the very objective of the JustOne party this year. With a seemingly endless supply of food, beer and the most elusive of luxuries — the freedom to drink alcohol in a semi-public setting — the event allowed for a much needed respite from schoolwork.

The weather conspired to thwart the initial plan of holding the event on the upper quad. The crew then proceeded to transform the moot court floor into a mixture of woven mats and multi-coloured pillows. And instead of the usual collection of senior lawyers on the stage, there were instead amplifiers, keyboards and an impressive selection of guitars. It made for quite a surreal sight. 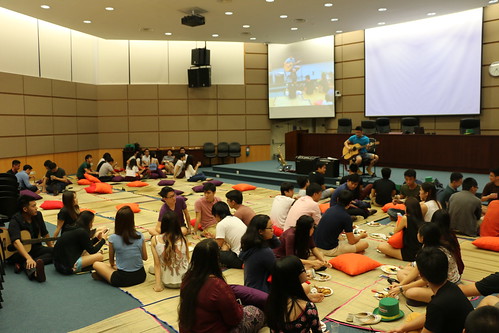 As food was consumed and the pillows reclined upon, the entertainment for the evening commenced. It started with some silky guitar and vocal performances from Nicholas Tan (Year 1), followed by Chris Hwang (also Year 1), who was kind enough to play several pieces that he wrote himself. The proportion of females within the audience also happened to increase during this period. 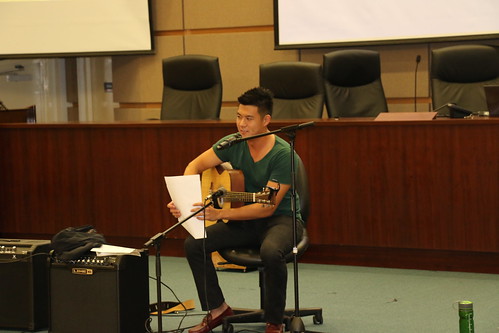 We then had a video montage prepared by Justified that featured memorable images over the past year: LawMed photos, Law Camp photos and the like. The montage elicited quite a few oohs and aahs from the audience, and not to mention the odd note of mockery and banter.

As the night lingered on, Justified’s head honchos Elias and Walter themselves trod onto the stage with a saxophone and keyboard and enthralled us with an eclectic mix of classical music and Disney songs. By that time the beers began to get to some of us, judging by the mischief that was had at the photobooth. So the performance served as a nice conclusion to what was on the whole a relaxed, pleasant event. 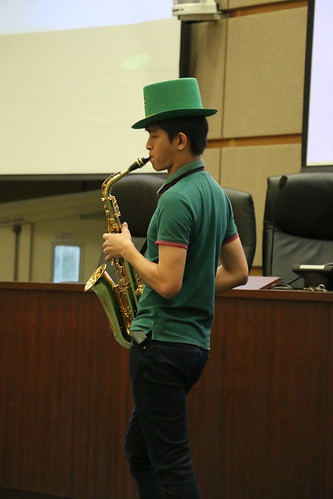 Oh and if anyone is wondering why the green hats are so proliferate in the pictures, let’s just say the beers didn’t cost very much. 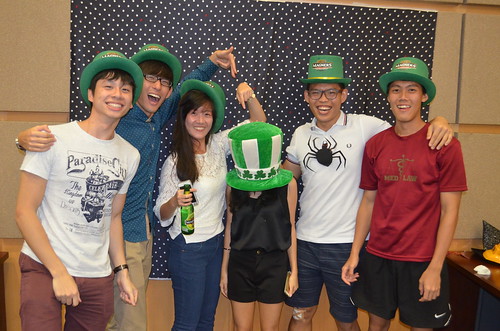 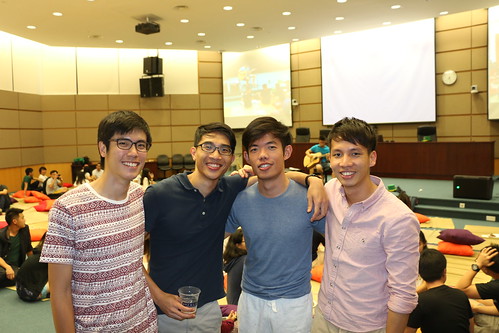