For the Law IFG Tchouckballers, Sunday was a day of sweat, blood and tears (okay, there weren’t actually any tears, but there was definitely lots of sweat and blood involved).

Initially, the team, with our three training sessions, had been all psyched up to trounce the other faculties. Well, the other faculties undeniably had months of practices with actual coaches, but hey, our team did have the addition of two Year 1s — Tchoukball Pro Chuan Ri and Yang Xi, whose pageant-worthy face we hoped would help charm some of the female opponents into missing their shots/dropping their balls. But unfortunately, the team was dealt a blow even before the day of the games — our top scorer See Tow had injured himself and was unable to help us in our attempt to meet our Friendly Neighbourhood Sports Director (Asst.)’s target of 20/30 first place finishes. The team was dismayed, but not discouraged – we were even more determined to put up a good show on the day of the games. 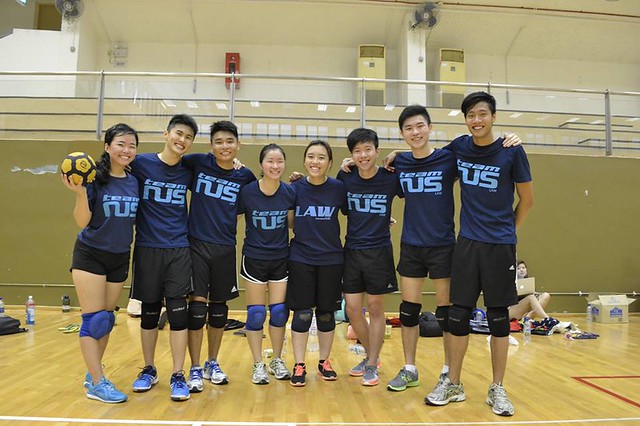 Starting the day was our match against Engineering. We didn’t start off too badly, and we just trailing 3 points behind Engineering at half-time (6 — 9). During the half-time break, Chuan Ri observed that the disparity in terms of the teams’ skills isn’t that great, and that we had a chance against Engineering. However, after half-time, Engineering somehow just seemed to charge ahead at full speed, and the game ended with a score of 9 -20 to Engineering.

Again, we were trailing behind Yale by 4 points at half-time (7 — 11), but when the second half started, the gap between Law and Yale became bigger and bigger. We tried our best to catch up but the we were probably distracted by the vociferous cheers from their supporters that would erupt periodically throughout the match. Our attempts to catch up proved futile as we eventually lost to them 17 — 28.

Our match with Medicine was probably the most intense of the four matches we had that day. As with the previous two matches, we were just behind our opponent by a few points by half-time (2 in case, to be exact). During the second half, one of the Medicine guys made a shot with such power that it ricocheted off the frame with such speed that Becky, even with her valiant attempt, was unable to catch it. Instead, the ball smashed right into her face and we lost a point there. Game continued, but seconds later, the game had to be stopped because Becky actually started bleeding from the nose. The Medicine people helpfully gathered around and gave advice on how to stop the bleeding. Becky, being the brave soul that she is, assured us that she was alright and simply went to the toilet to wash up. 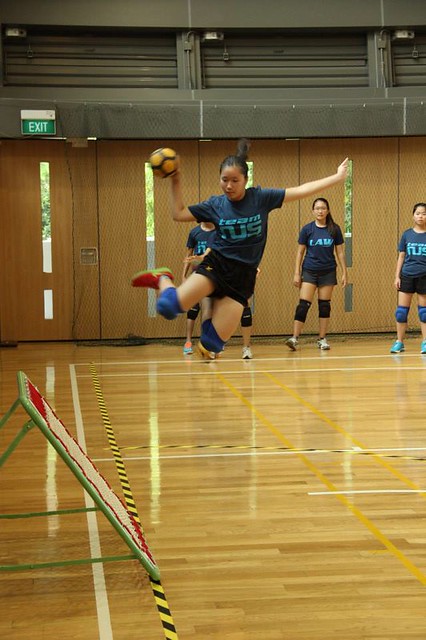 (Throwback to last year’s IFG, a happier distant past before Becky was so cruelly hit by the ball)

We had to continue the game with 6 players since there was nobody else to replace Becky. The game continued, and we were fired up to avenge our fallen comrade, but alas, it was not to be as Medicine did not let up as well. Every time we gained a point, they would too, and this went on, until the game ended with a score of 20 -31.

By this point, perhaps the team was already worn out and at half-time, the score was 3-17 to Science. Science probably thought that it was a sure-win, judging from how they sent in new players at half-time. However, within the first three minutes of the second-half, Science quickly subbed in their original players. We mustered our energy, but the game eventually ended at 13 — 24 to Science. 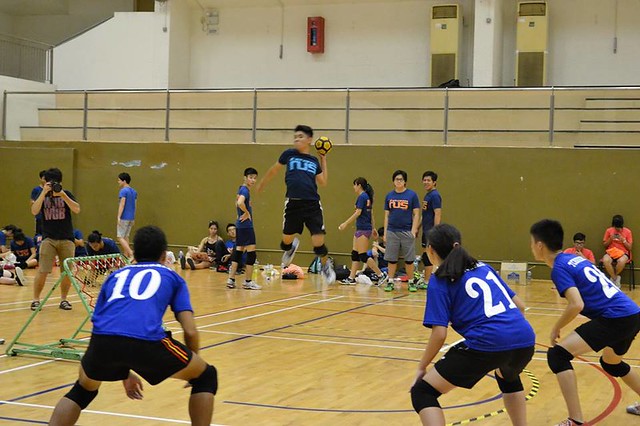 The team has definitely improved a lot since our inaugural foray into IFG last year, and we are hopeful that with more trainings, we will be able to put up a stronger fight come Law-Med/IFG. 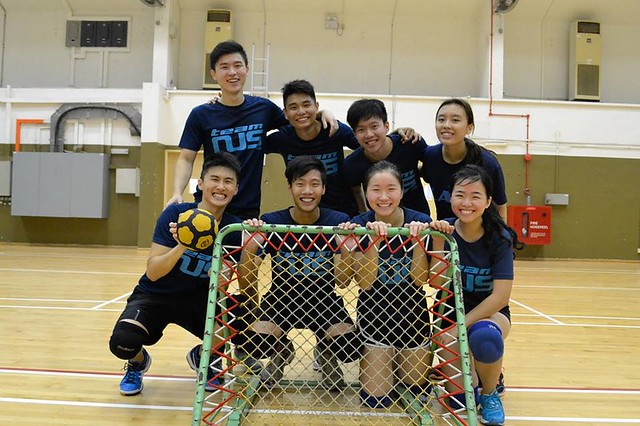 (Happy faces after all the matches)

Photo Credits: Melissa Tham (who came all the way just to watch us play the last match! Thanks Mel!)