29 Aug – Outside, the weather is bright and sunny. So what brings twelve good men and women, and true, to an indoor sports facility, whose climate control system has been disabled? Well, it’s the NUS Inter-Faculty Games! The Multi-Purpose Sports Hall 5 played host to the group stages of the badminton tournament, and because of the nature of the sport, the air-conditioning was deactivated. 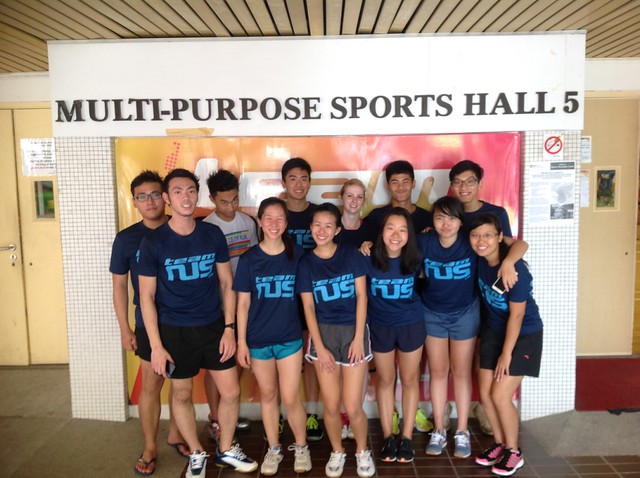 In such a hot and stifling environment, the pressure was truly on for the Law Faculty team. The team is relatively fresh-faced, as of the 2014 team, only two remain, with another four representing NUS as a whole in the Inter-Varsity Games, and two other having graduated.

It was truly an uphill battle as the team faced the powerhouse Engineering team in the morning. In the face of the tough competition put up by 2014’s runners-up, our team put up its best fight, even though they had to concede the five games in the round (men’s singles, women’s singles, men’s doubles, women’s doubles, and mixed doubles) to the worthy opponents.

However, all was not lost, as though they got knocked down by the opposition in the morning, they got up again – nothing could keep our team down in the afternoon match against USP.

With great power, comes great responsibility – Andre HULK SMASHED his way powerfully to victory in the men’s singles, instilling a righteous fear in his opponents, with all of the force of a great typhoon, and the strength of a raging fire. 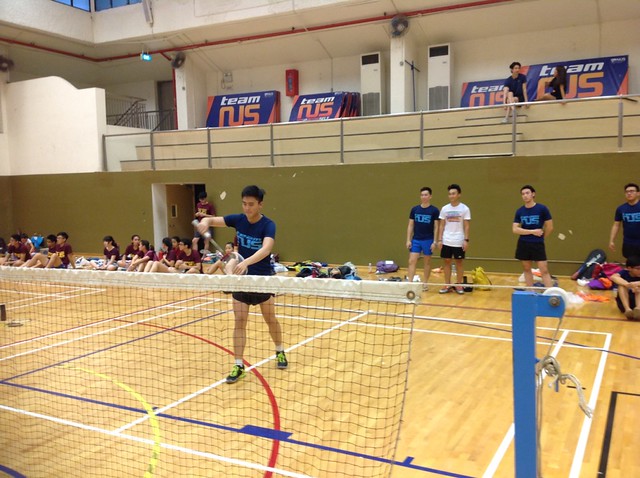 Andre preparing for the next smash hit

Emma sailed through the women’s singles to yet another win. 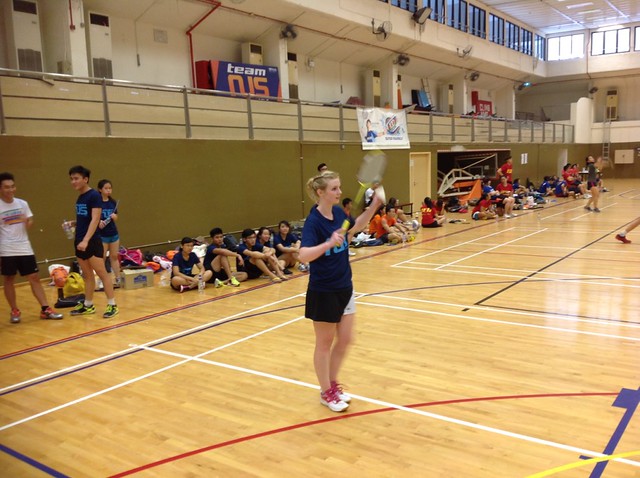 All the single ladies…

The men’s doubles were the most hard-fought match in this round, which saw players from all sides lunging towards the shuttlecock with speed (and occasionally, falling down through the crashing sounds), but the opponents were no match for team captain Kyle and Ivan, as they decisively won this one. 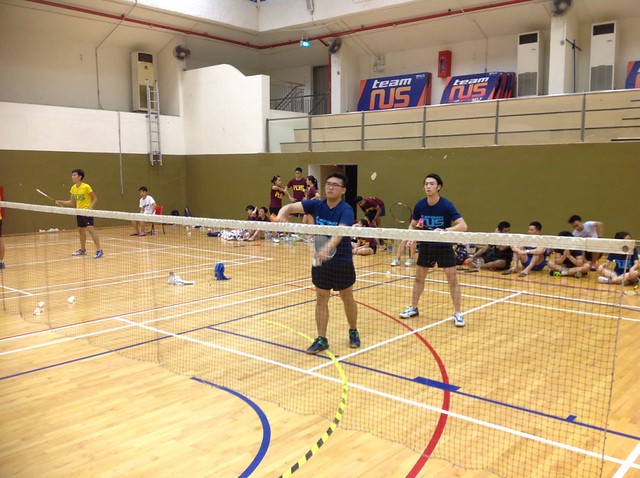 Ivan (foreground) and Kyle (behind) geared for battle

5th September saw the Law team pitted against the reigning champions, Medicine. This match was to prove pivotal to the progression of our team. However, despite their best efforts, the team narrowly conceded the matches against them, winning 2 games to the opponent’s 3. In any case though, the shuttlers have redoubled their determination to correct this error at the soonest opportunity.

Nevertheless, with honour and pride, the team soldiered on to play the last match with the School of Computing, and in a mirror-image of the morning’s close fight, came out on top against SOC with a score of 3-2.

Our shuttlers will be back at the Law-Med Games later in the year, and if the IFG games are anything to go by, Badminton will be one of the events that will be closely watched as our team avenges the loss to the Medicine team. As they say, the bigger they are, the harder they fall…

(PS – see if you can find all the song references!)