In life, everything has a bell curve. Netball is no exception.

Anyone who has ever played the game of netball (or watched a netball match, for the matter) should know what an intense sport it is. With only six minutes of game play in each half and a short three-minutes break in between, netball is the kind of sport that leaves its players perpetually sprinting, leaping and, with luck, scoring. On court, there is no time to catch your breath.

IFG Netball saw our girls pitted against strong opponents, namely the School of Design & Environment (SDE), Engineering, Computing and Medicine (in order of matches). While they gave their opponents a run for their money, rival teams banked on their extraordinary heights and more experienced players. Nevertheless, our girls worked to keep the score margins low and showed incredible team spirit.

After a few minor incidents involving one of our players crashing into a goal post, a knee injury relapse, a fall and a few near-falls, our team eventually conceded defeat to three faculties and drew against Computing. 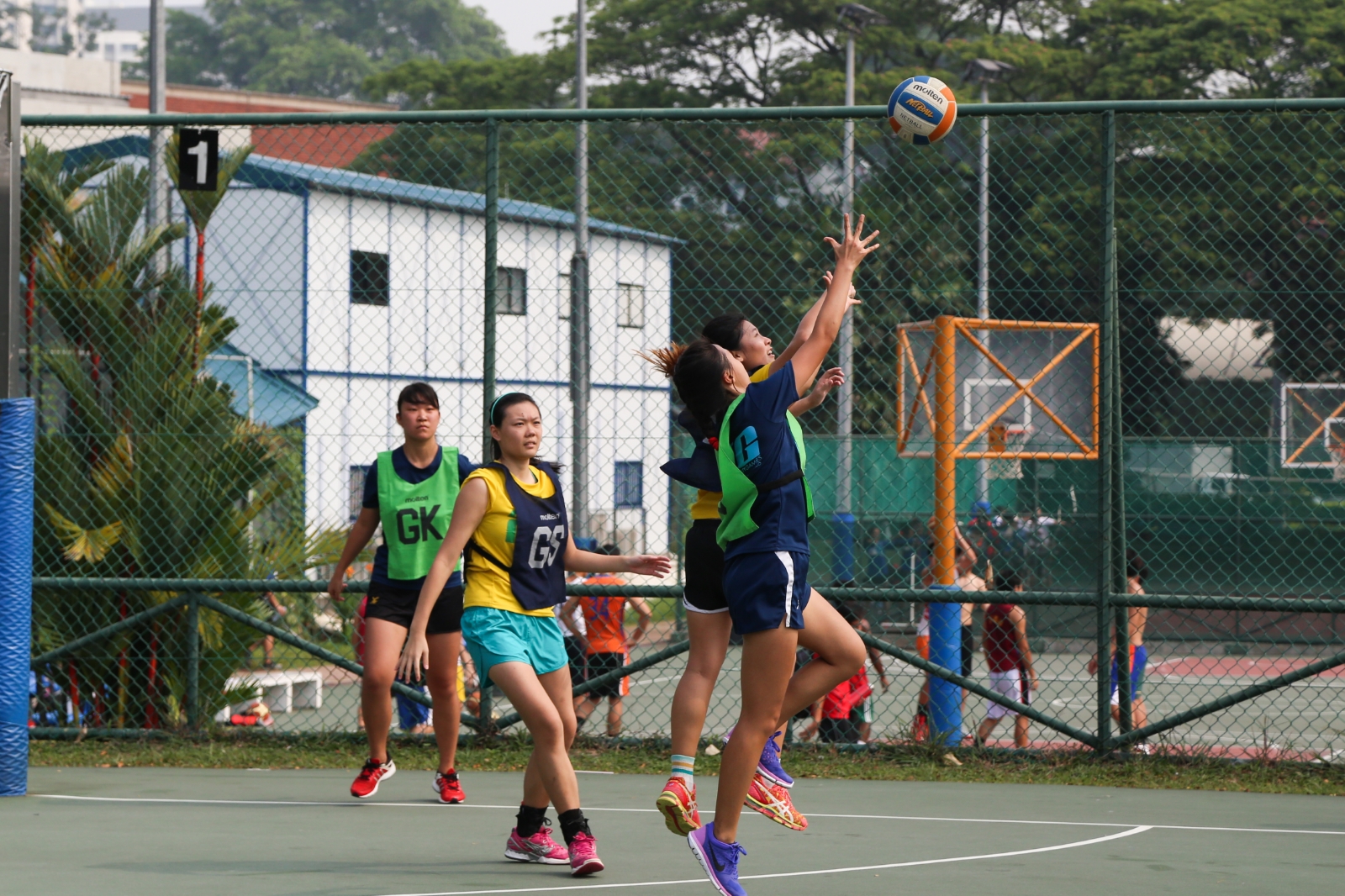 As the wise netball team manager Bruce (Year 2) said, “In life, everything has a bell curve.” So does netball. Our girls were amazing, but some rival teams — if we draw an analogy to law school — are the kids who have been buried in their books all day err’day since they matriculated.

A Breakdown of the Matches 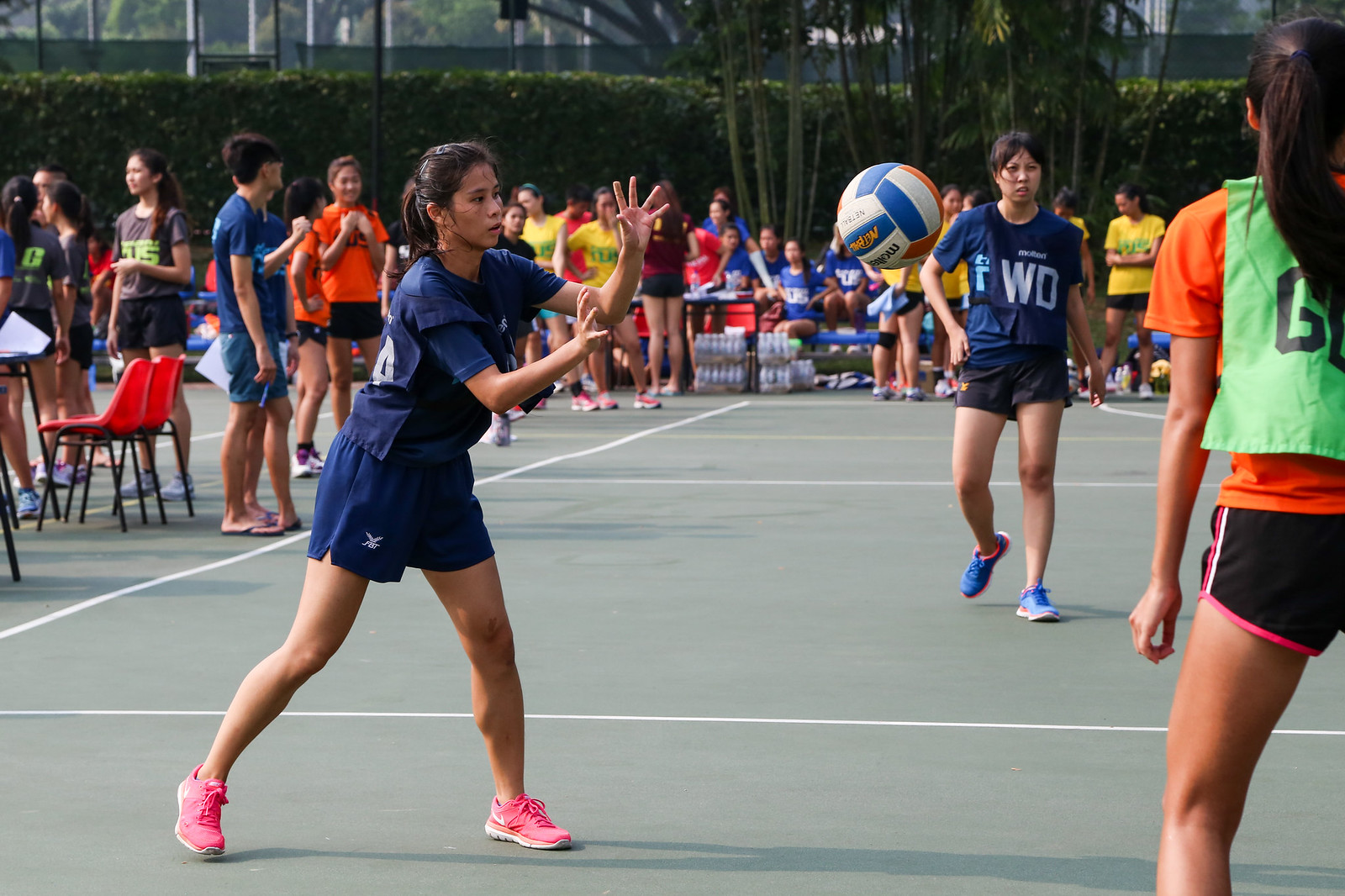 Wen Qi (Year 1) got her game on in the first match of the day.

This was the first match for both SDE and Law, and all the players were visibly pumped. Our girls started off brilliantly and scored three goals in the first half, which put SDE ahead of them by only two points. They had hopes to overtake SDE in the second half, but SDE slipped into better rhythm as the game went on. Under their possession, the ball crossed the court within seconds. The score margin was widened and the match ended with SDE’s win. 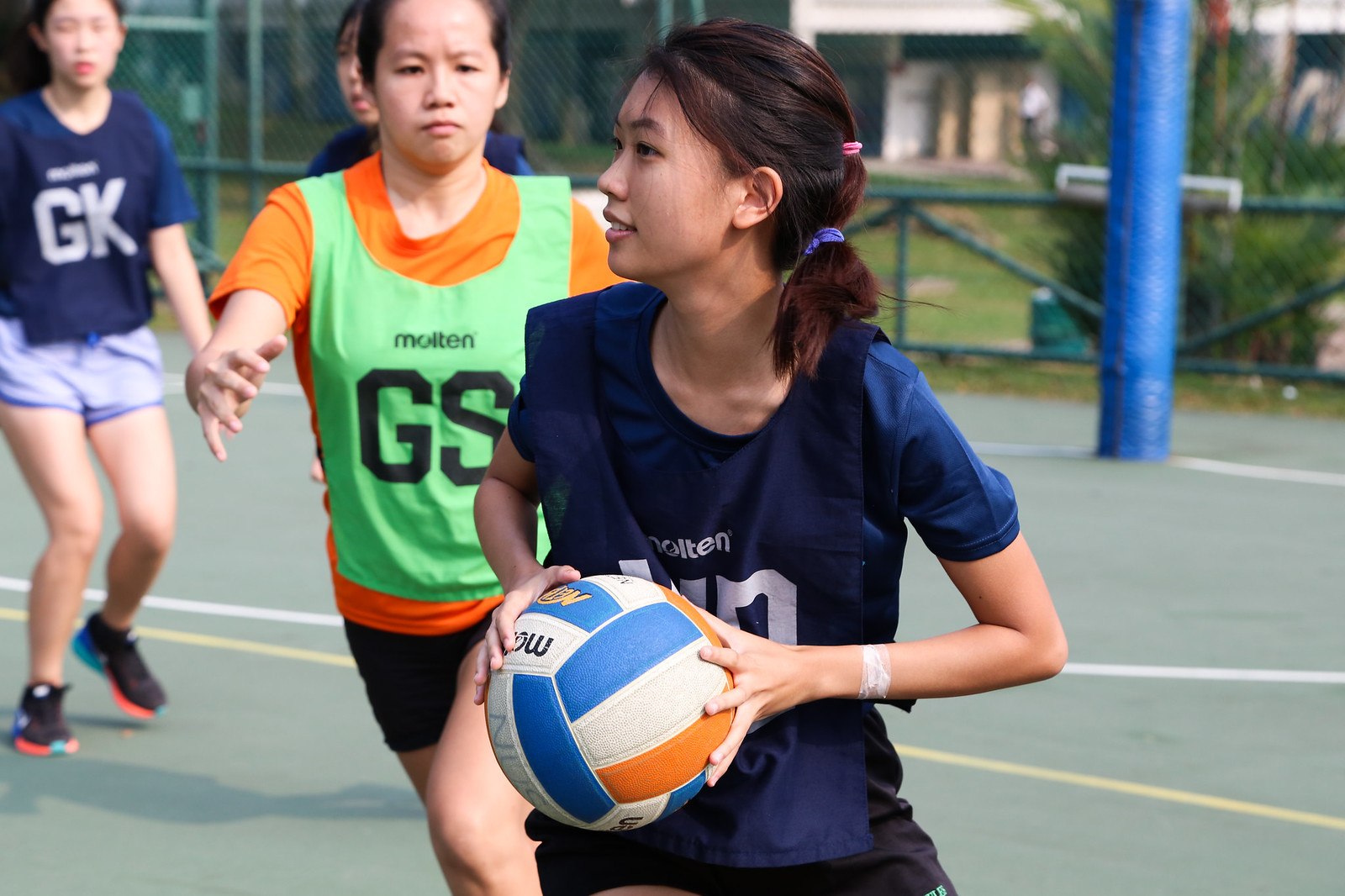 The ball was taken into possession by Ting En (Year 2), wing defence.

Melissa Heng (Year 1) called the match a “wasted opportunity” as the team had been doing well. “We were slower and steadier at the start,” lamented Liting (Year 4).

This was also the match where a mini accident happened. “I hit the pole,” Andrea (Year 1) announced sheepishly after the match. In the last minute before the end of the second half, she had lost her balance and fallen onto the goal post in the most unglamorous way possible. 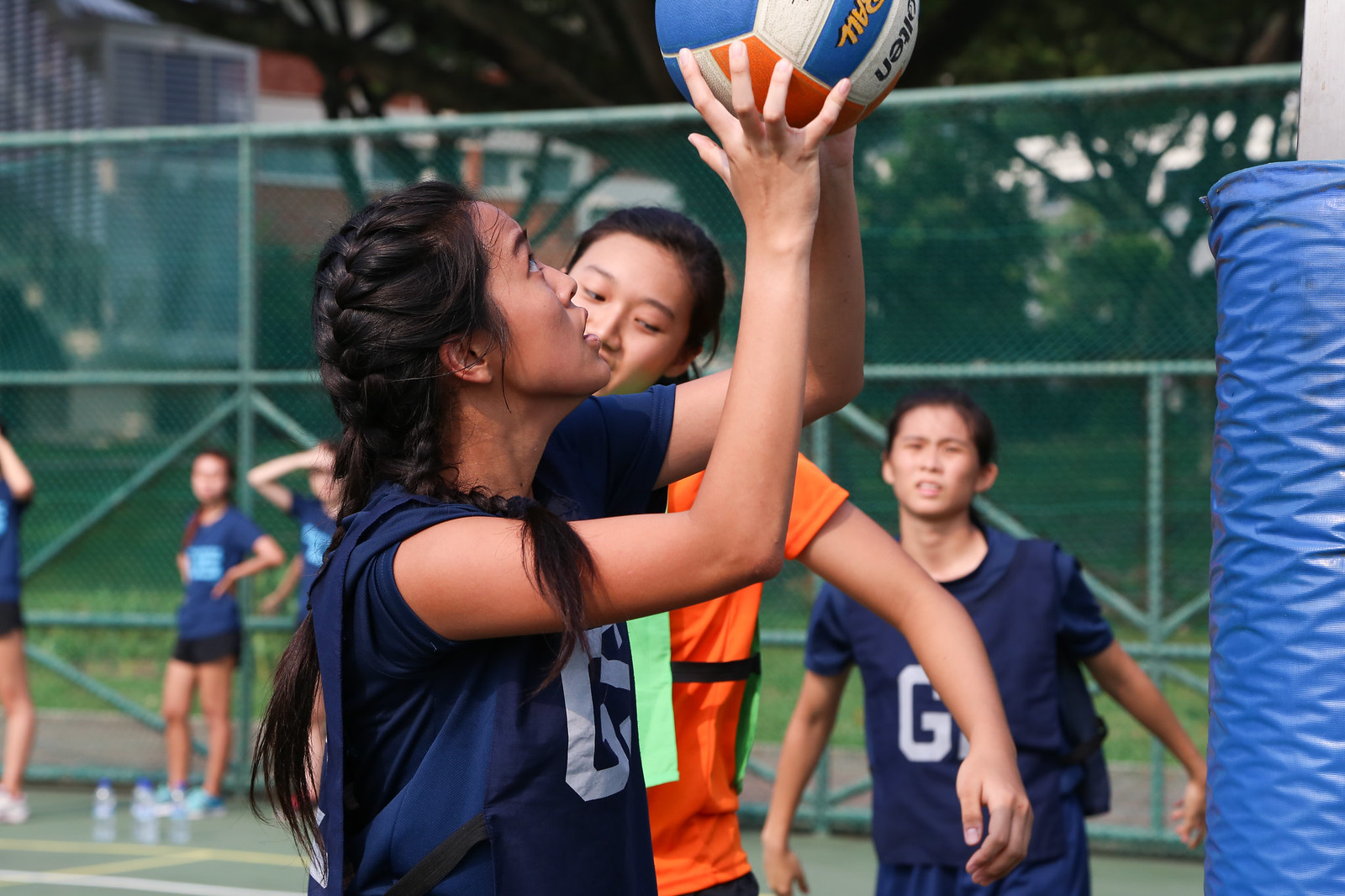 Andrea as the star scorer (before she hit the pole) #swag 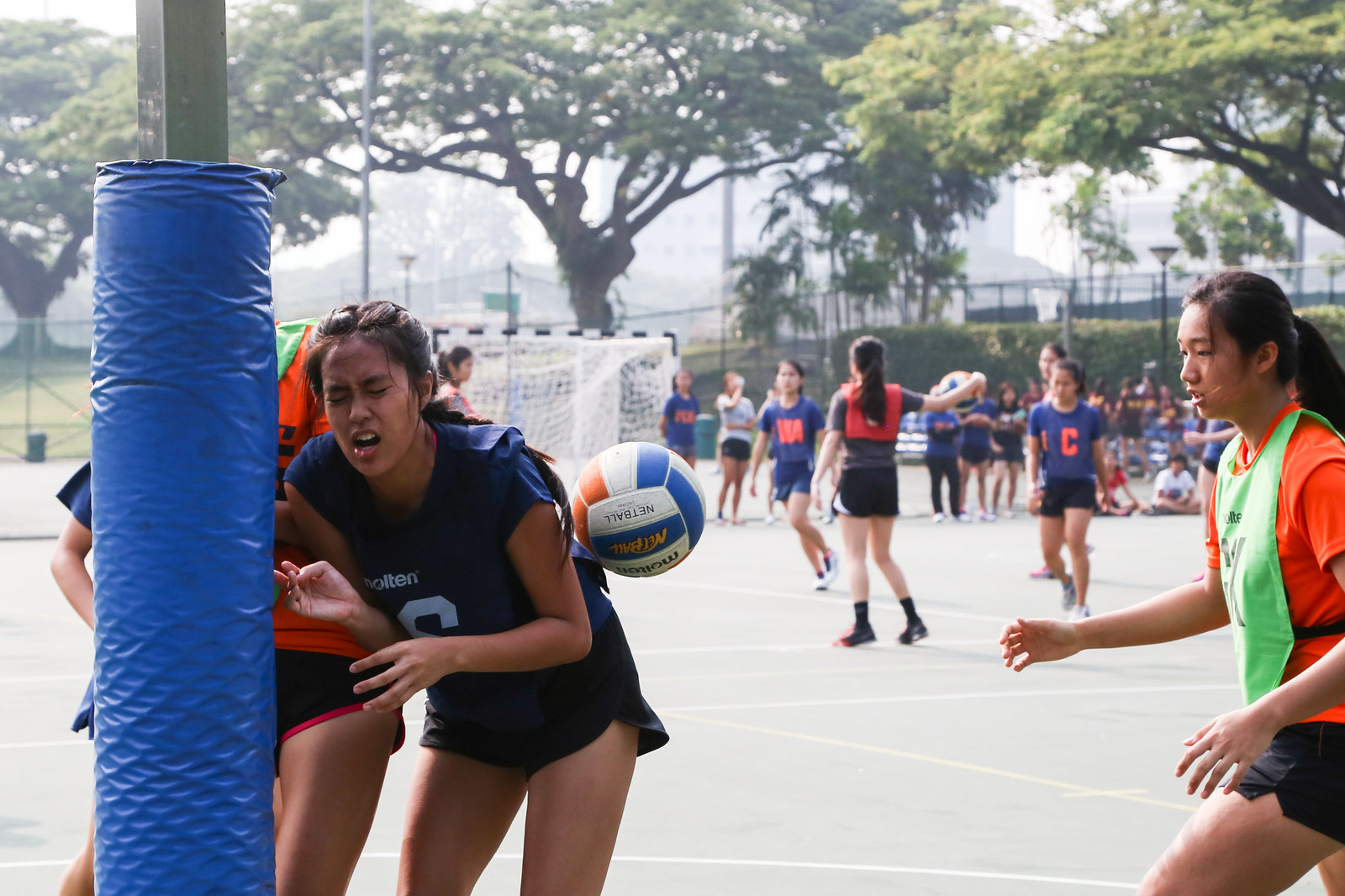 Andrea hitting the pole. (The players asked for this photo after the match so they could use it as their whatsapp group display picture.)

In what turned out to be the hardest-hitting loss of the day, our girls went against the Engineering team in a twisted version of David and Goliath — in the literal sense, for the Engineering girls towered over our Law girls. Unfortunately, the netball team’s version did not play out the same way as the biblical version, and the Law team lost by an unprecedented margin.

Despite the obvious height disadvantage, our girls managed to score two goals against Engineering. 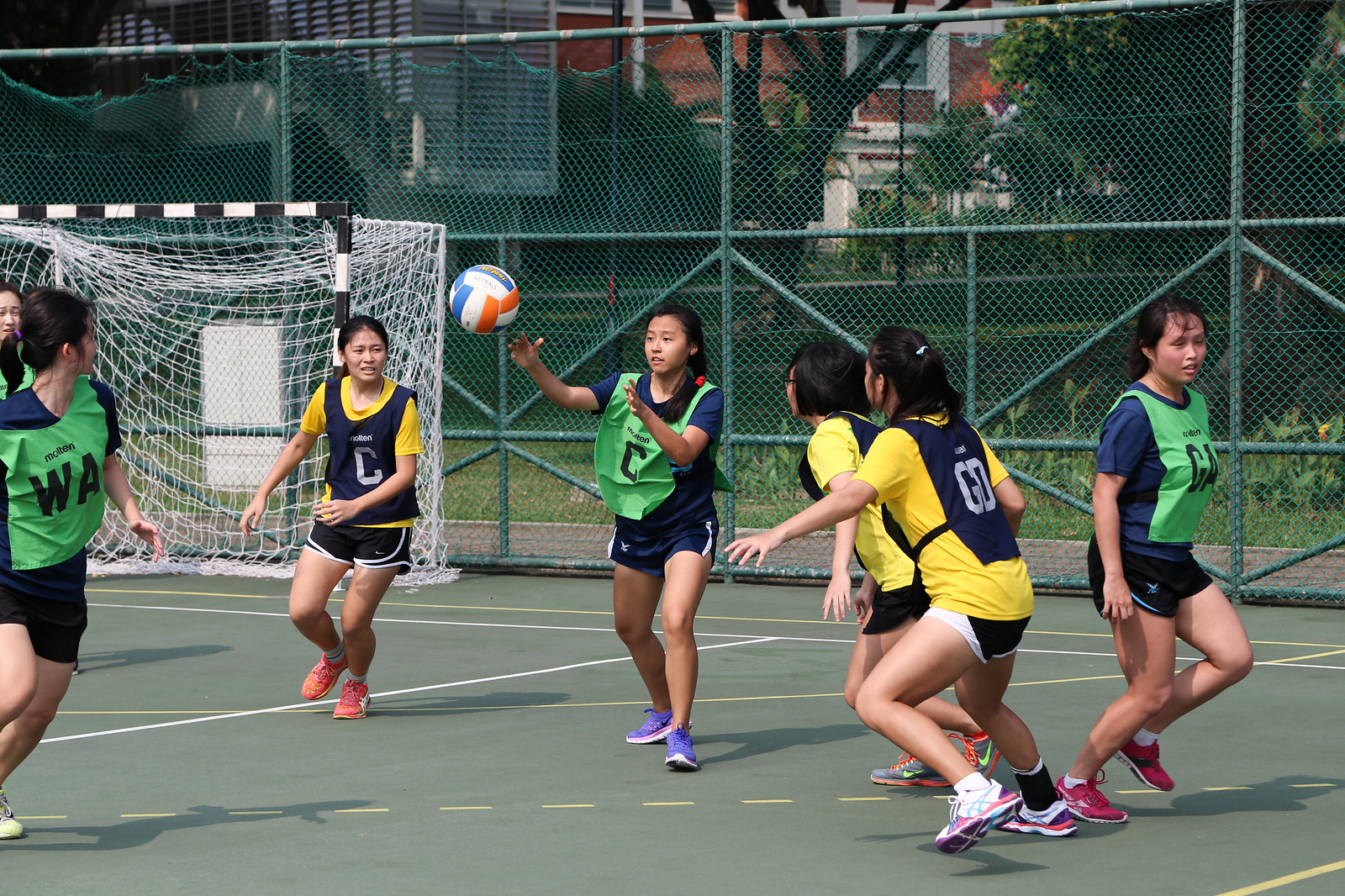 The team had envisioned a win against Computing, but had sadly underestimated the Computing team. Our girls were three points ahead when, in a sudden burst of energy, the Computing girls scored twice within the last minute of the first half and once more immediately after the second half started. Regrettably, the game ended in a draw. 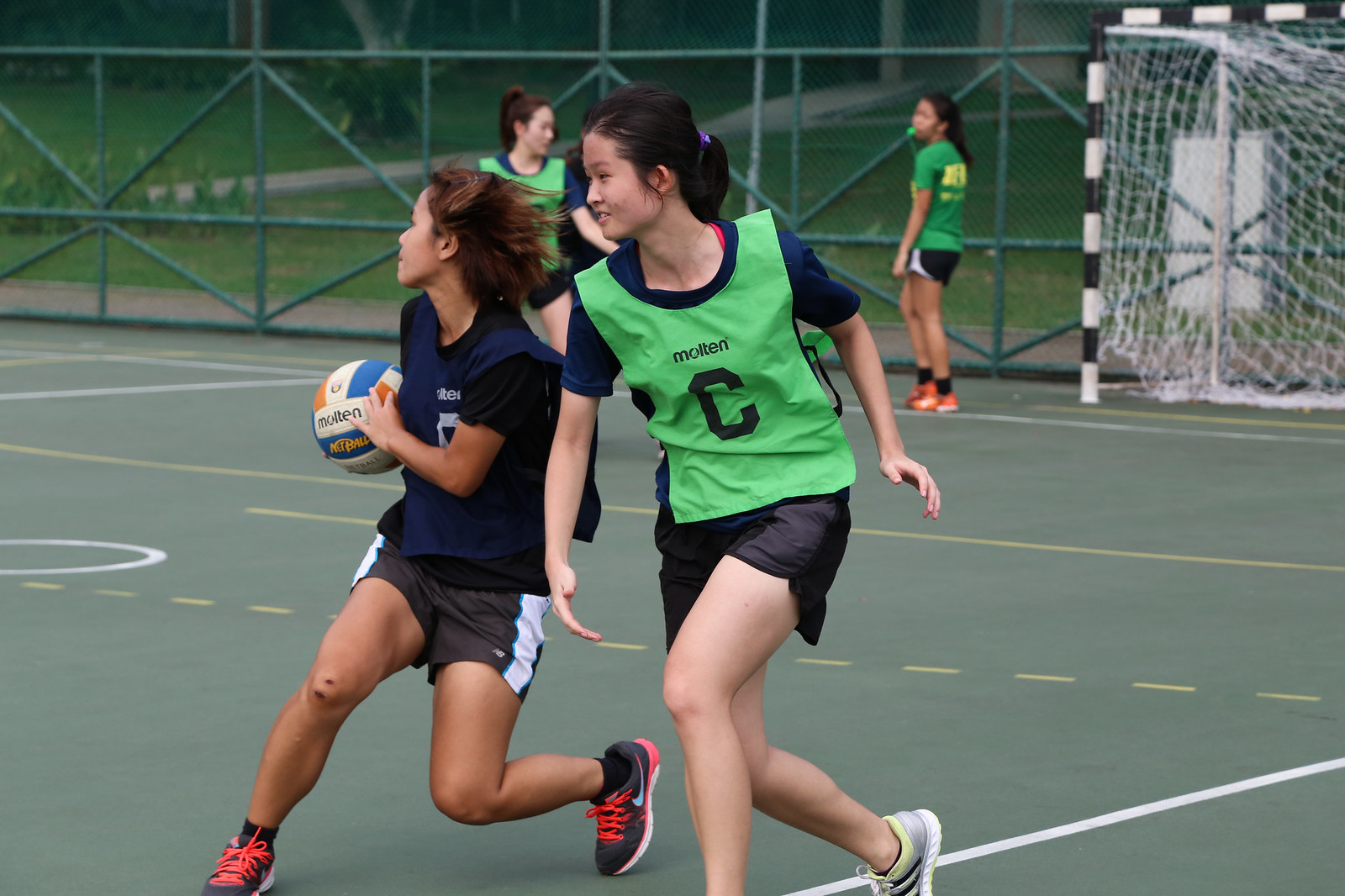 Joy (Year 3) played centre for most of the matches, and should (in the writer’s opinion) deserve an award for her incredible stamina.

It seemed that everything had been building up to this moment. According to Siu Ming, last year’s score had been dismal — more than 40 goals scored by Med, and none by Law. The team was determined to improve this time round. 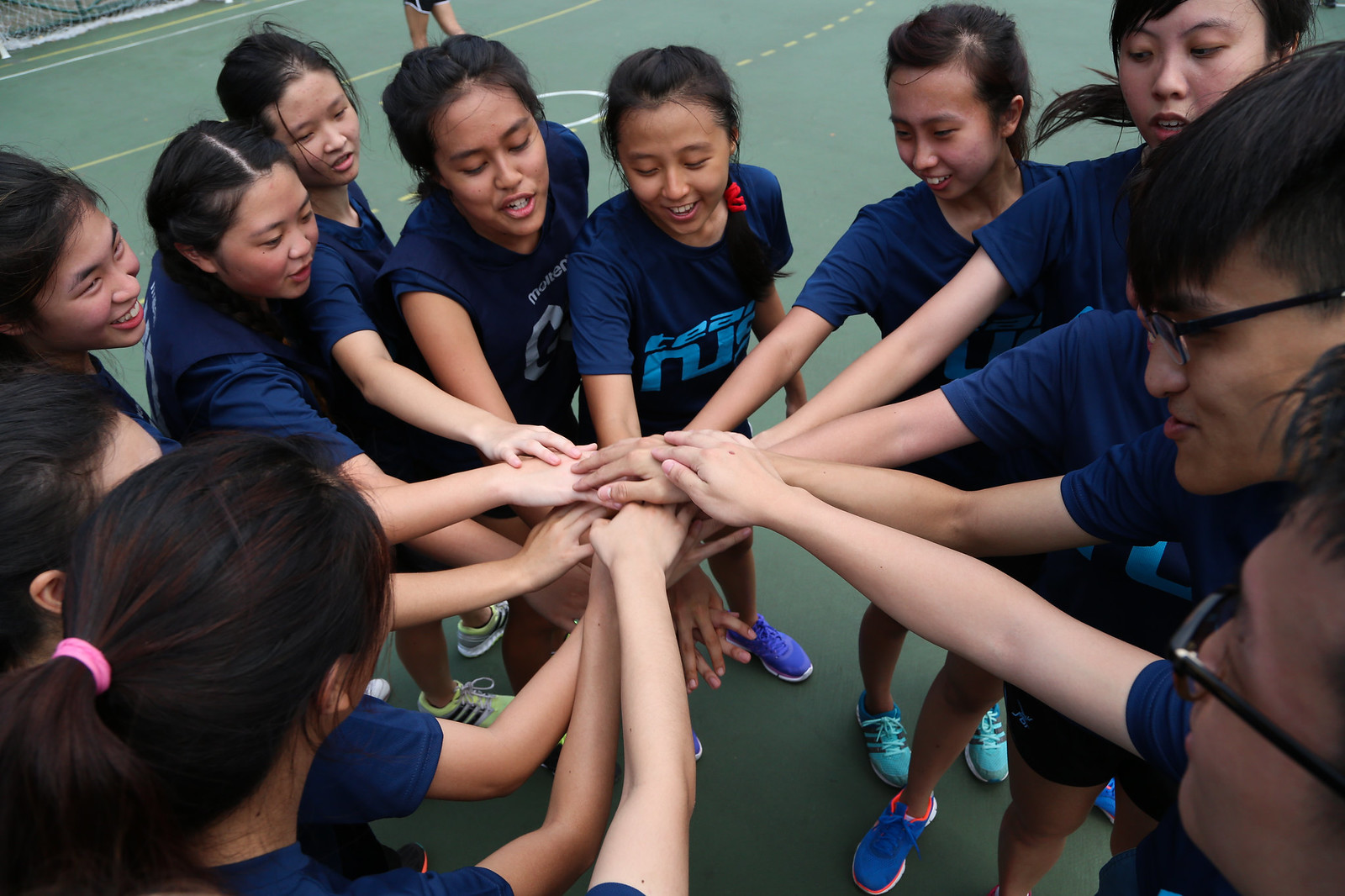 The team doing a “Go Law!” before the start of the match against Medicine.

Our girls performed superbly, keeping the score 4:2 to Medicine by the end of the first half. The ratio between the scores was maintained till the end of the match as the team fought to minimize the score difference. The end result was way better than any of them had expected and boosted the girls’ spirits.

To conclude, here are some words from team captain Siu Ming: “We have improved but there is more room for improvement. Stay tuned for Law Frat and LawMed!” The netball team will be back — and this time, they will be on the top of the bell curve. 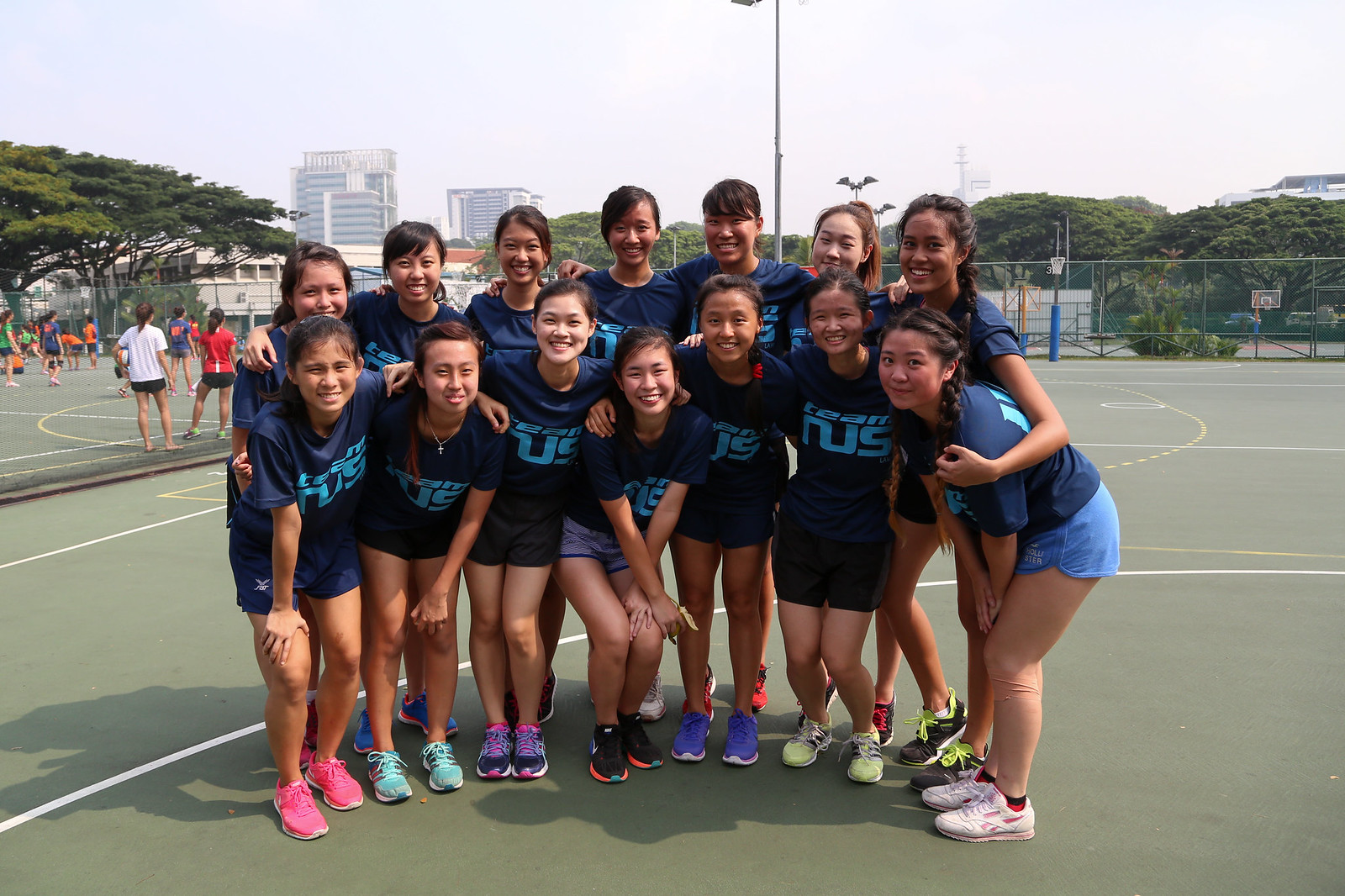