I’ll like to start this article with a shout out to ESPN and the experimental low seat camera angle they used broadcasting a college game. The photos in this article were taken from a similar angle. 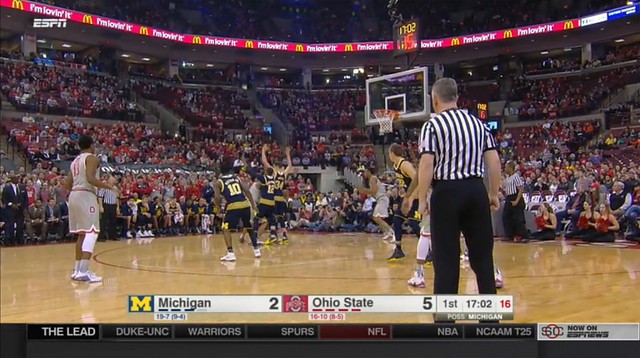 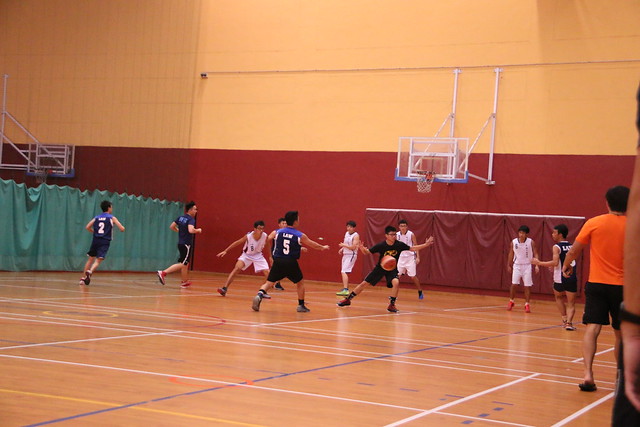 This was not intentional. The game had taken place at CCAB, where there are no bleachers, so photos could only be taken at a lower level. This led to some of the players not being seen clearly. Apologies for that.

Now, on to the game.

The previous time these two teams had met was at IFG, and the medicine team had won soundly. However, the Law team had been plagued by injuries and been forced to field a team made of just 10 players. (For a recap, visit: https://justified.nuslawclub.com/law-ifg-basketball/)

This time around there were a healthy number of players and the morale was good.

Before starting the game, the more experienced players had some last minute advice to give. The captain You Xiang stressed the need to run the other team off the 3-pt line and play as a team.

The game was taking place at BTC so there was a home advantage but the referee was from the medicine faculty.

Once the game began it was obvious that this would be a repeat of the wipe-out that was the IFG. There was quick plays and good ball movement by both teams and the scores were rising rapidly.

However, it was obvious that the scale was tilting in Med’s favour as a lead was slowly built. Our team had not played together much and this was obvious during the first half of the game. The new players had some problems adjusting and there was often miscommunication between the players that left the older players shaking their heads and screaming out encouragement and advice.

A timeout was soon called and an emphasis was placed on increasing the tempo of the game.

However, there was one glaring problem that was beyond the control of the team.

The Law team was wearing dark blue jerseys, and the Med team was wearing white. I’m sure it was a honest mistake on the part of their players, but some of them had worn black jerseys. Dark-blue and black are hard to distinguish when you are passing during a game and there were often plays where the ball was either accidentally passed to the other team or the player was left unguarded leading to easy buckets for Med.

Now, lets play a little game. Spot the 5 Med faculty players in the picture below. After you are done, you can check your answers with Picture 7, which has the players labelled. 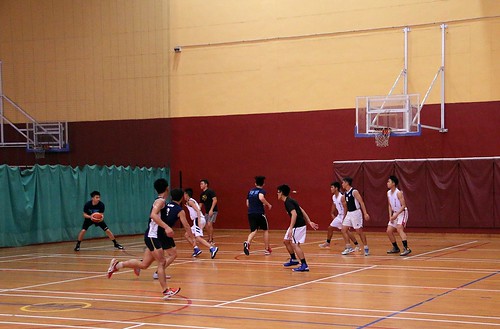 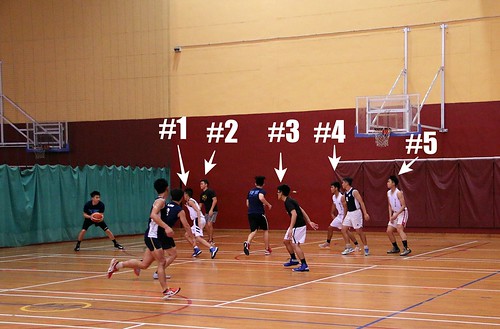 Disclaimer: This is all done in jest. I am in not “throwing shade” or insinuating that the game was lost due to this. However, it could have been a lot closer if there had been 5 players in white. 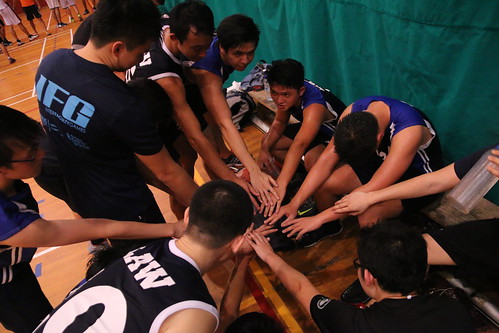 The second half started off pretty well but the Med team soon had a clear lead.

There had been a few changes with the Law team and it was clear that some of the combinations lacked chemistry. Moreover, there was a bit of a problem with scoring.

After a couple combinations, there was one that suddenly clicked. The Law team started scoring rapidly with 3s, mid-range jumpers as well a couple of well-executed post plays.

Father time had other ideas though, as the buzzer sounded.

The final score of 48-61 was much larger than what the lead had actually felt like and this is a good sign for the future. When asked about the result after the game, the majority of the players felt that the game had been close. You Xiang said, “It’s progress.” 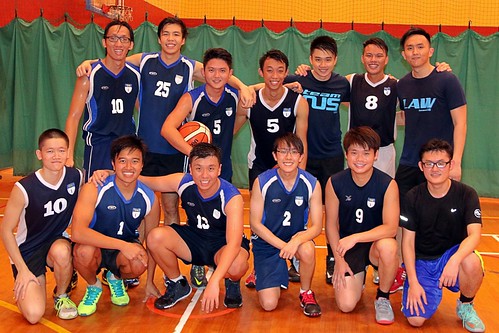 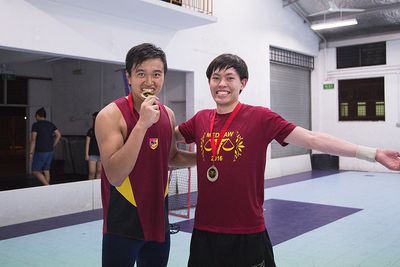