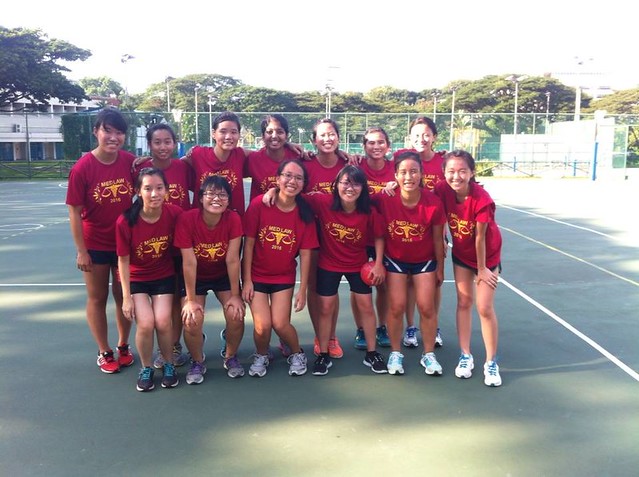 The fury of the blazing afternoon sun scourged the backs of the handballers. Sweat dripping underneath the crimson red jersey as their spirits soared like electricity up their spines. Ah, the smell of sport was heavy in the air. The girls collected their courage and bedazzled on court but alas, Medicine proved too strong to be defeated. 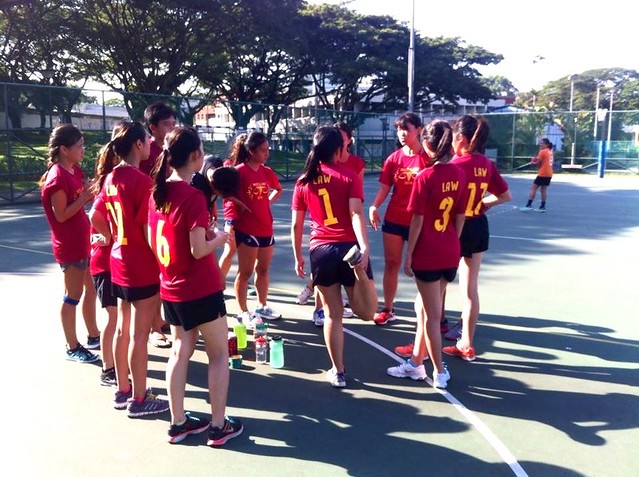 As do all warriors, the handballers stretched their arms and legs of steel while they buzzed team tacticals and game strategies to take Medicine down. To the unacquainted, handball is a relatively new sport which was first played in the late 19th century. A layman might even view this sport akin to football, with the use of hands instead of feet. In this writer’s humble opinion, this could not be further from the truth! Handball is incredibly fast-paced and a reckless loss of ball possession would be extremely risky. Luckily enough for Law, we had a very adroit goalkeeper in the form of Yufei. 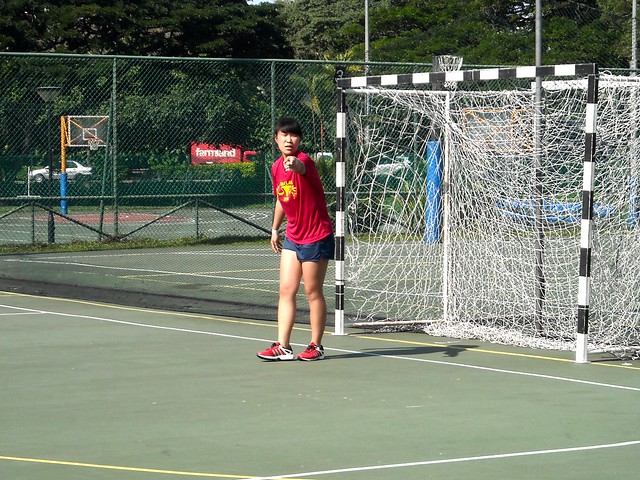 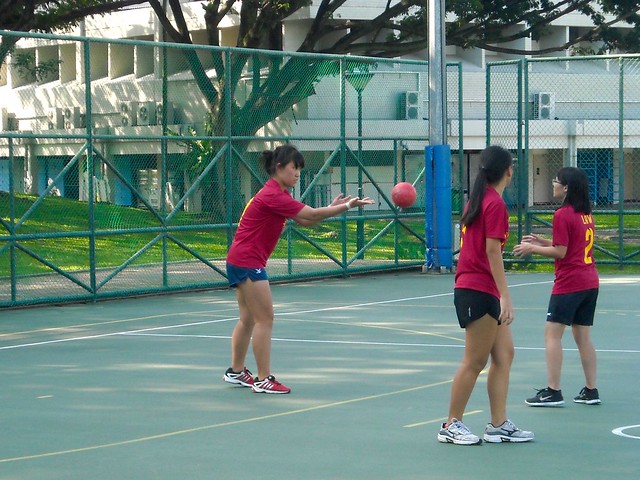 Yufei, the said adroit goalkeeper performing some sort of incantation on the ball.

Unfunny jokes aside, Law’s goalkeeper made many brilliant saves and deflections (this writer enumerated at least 7 times). Defence-wise, Law tried to remain compact most of the time but undeniably, Medicine’s attacks were too blindingly fast. Medicine’s counter attacks were, in one word, awesome as they whizzed across the courts like they were leopards. Law tried to fortify their grounds but ultimately conceded a number of goals to Medicine. 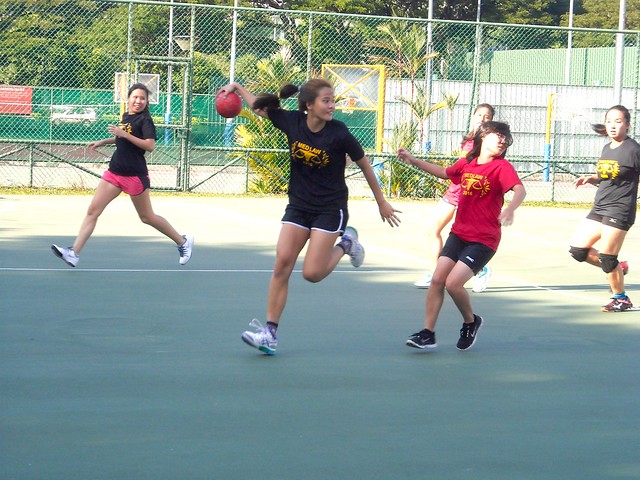 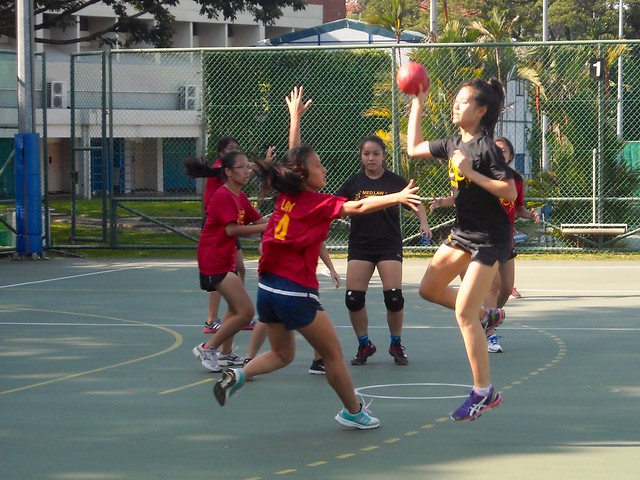 “By the power vested in me, I will not allow this ball to pass.” — Law girl’s thoughts, probably.

On the offensive side of things, Law took a more orderly and organised approach — choosing to advance in a more calculated manner. There were many magnificent goal attempts, with one finally materialising into a superb goal. 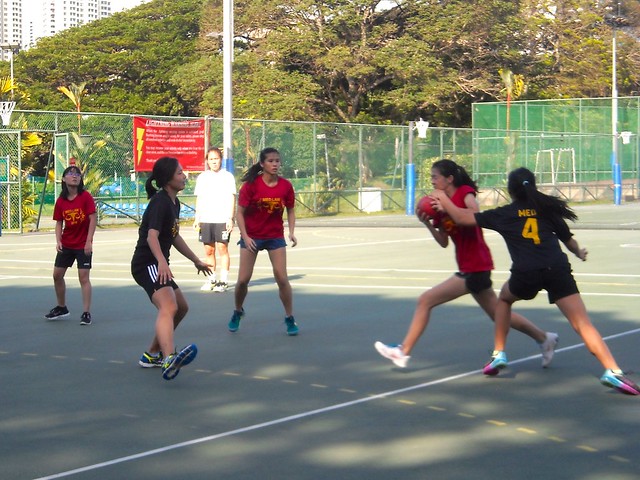 Even when attacking, she manages to maintain the grace of a gazelle. That’s how Law does it; we attack with style. 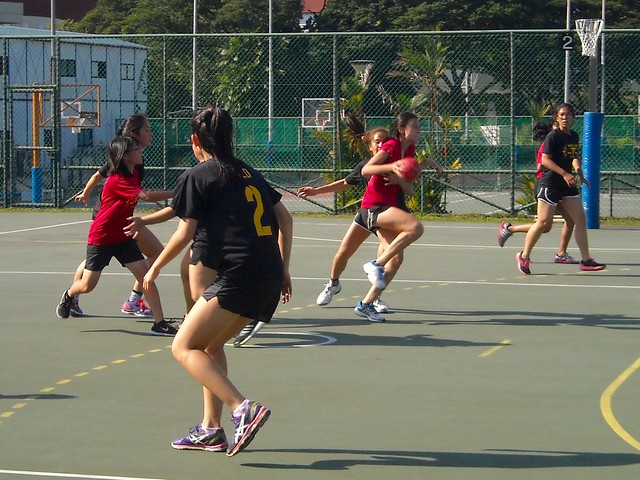 Handball is undoubtedly a semi-contact sport and there were various girl-on-girl instances. One instance even culminated to a yellow card given to a Law player. The intensity was real. 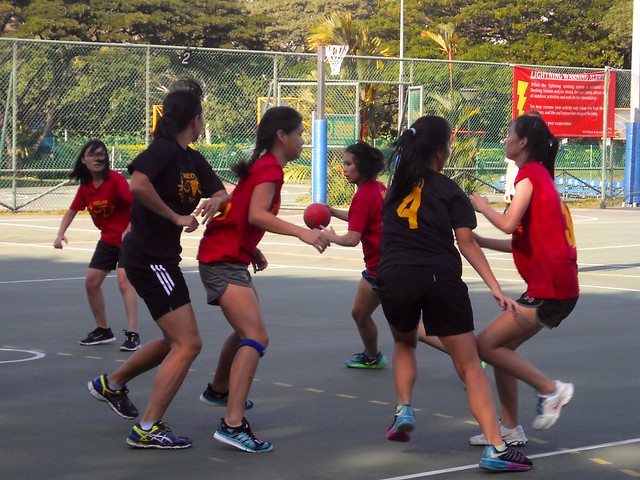 Intensity was real, as described.

In the end however, in the jolly good spirit of sportsmanship, winning and losing are but one part of competitive sports. What matters more are the fun and amount of calories burnt. 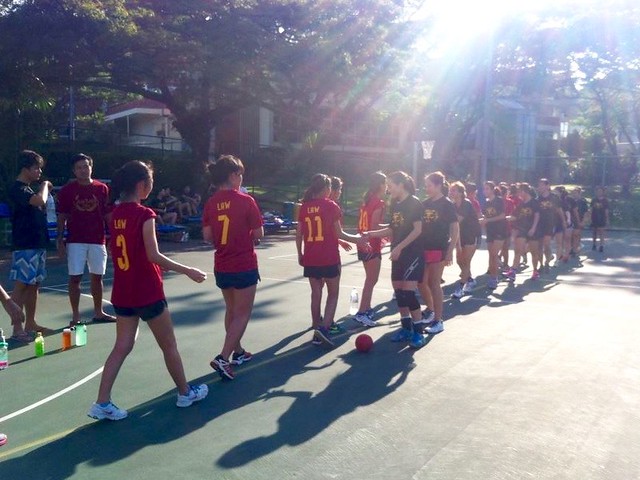 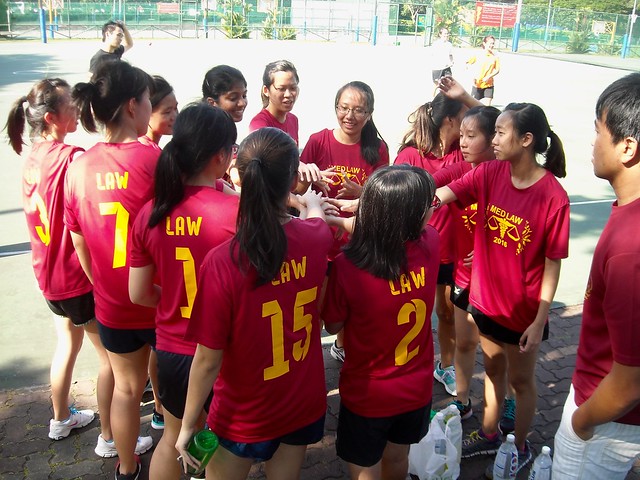 The team would like to make special thanks to See Tow (Y4) for helping with the training, giving tips and for generally being awesome.

This writer would like to sign off with a quote about hands by Randy Pausch: “We cannot change the cards we are dealt, just how we play the hand(ball).” (word added in parenthesis mine)