After an unprecedented 16-0 victory against Team Medicine in last year’s edition of the Inter Faculty Games, Team Law sought to replicate a favourable result last Thursday at the highly anticipated LawMed Games 2016.

This year, our team was met with stiff competition, with Team Medicine fielding four highly experienced members who had participated in Contract Bridge at various levels. Team Law consisted of Team Captain Simon Poh (Year 1), Shaun Tho (Year 3), Kenji Ong (Year 2) , and Lim Sze Wei (Year 1). Having competed in regional competitions as a national team player, Simon was the most experienced player of the lot, followed by Shaun and Kenji, who had competed in various national and school-based competitions. Finally, Sze Wei, having made his competitive debut during the Inter Faculty Games, was the only player in the competition who had engaged in contract bridge for less than a year.  His performance would see him earn praises from his team members, who dubbed him as having the potential to be the next Bridge Lord of Law.

The first half concluded with what Team Captain Simon Poh would describe as an utter massacre in favour of Team Medicine. Yet, it has since emerged, from photographic evidence, that Team Medicine had resorted to dubious means to achieve victory: 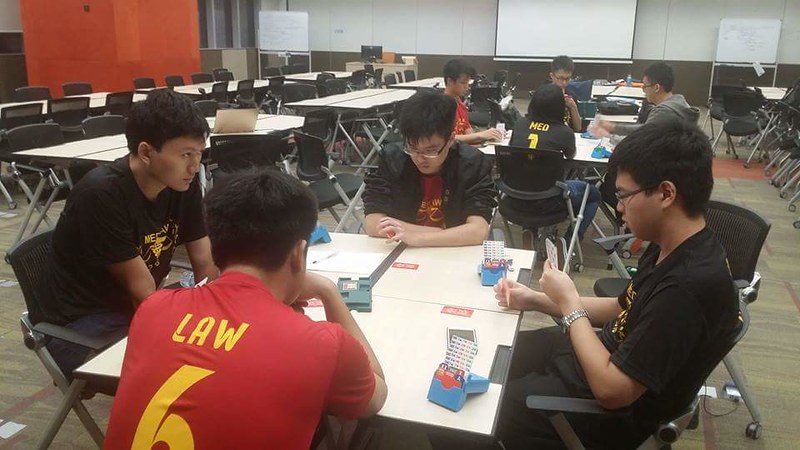 Under the guise of immense concentration, a member of Team Medicine exploited his telekinetic abilities to inform his partner of his hand

On the other hand, members of Team Law were excessively distracted by the feminine elements of the players sent forth by Team Medicine — another alleged ploy intelligently designed and executed by the opposing team. 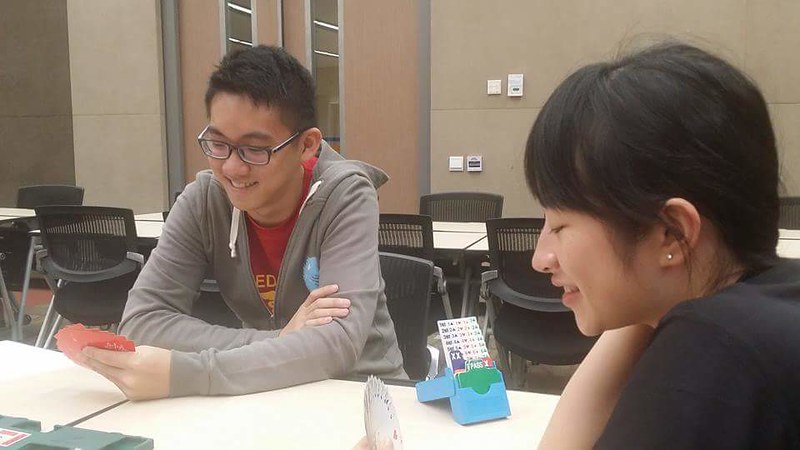 It’s okay to lose in Contract Bridge if you win the heart of the lady with that dashing smile.

Jokes aside, Team Medicine presented with an impressive display of skill and mental endurance, and emerged from the first half with an astounding lead.

In the second half, Team Law adopted an aggressive strategy in a valiant attempt to recover from the deficit and emerge tops. The team repeatedly made ambitious bids for games and slams, which necessitated winning at least 9 and 11 sets respectively, out of a possible 13 sets for each round. 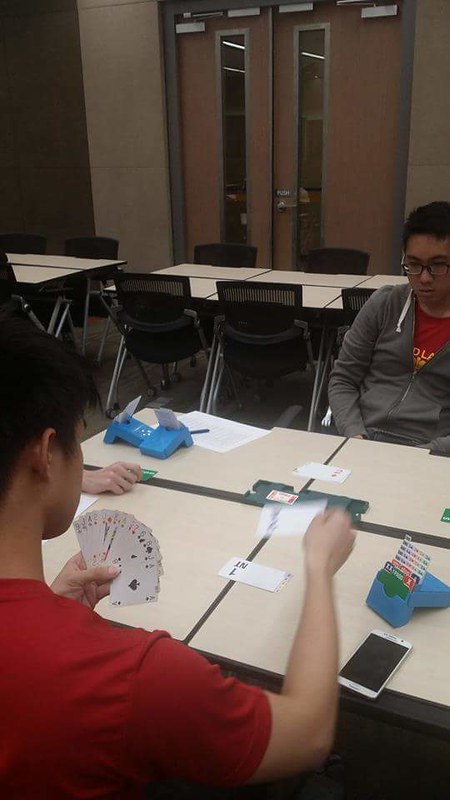 Sze Wei and Kenji engaging in a rehearsed bidding procedure which included communicating their hands to each other through coded bids.

The team’s strategy eventually paid off, with the team emerging as the winners of the second half. However, the deficit suffered from the first half had been too large, and the addition of scores from the two halves meant that Team Medicine had won.

The team congratulates Team Medicine for registering yet another victory in this year’s edition of the Law Med games, and looks forward to capitalising on their recently honed card-game skills to make hefty profits during the festive season.