It’s 9am on a Saturday morning, and I’m traipsing across what is practically a mud pit, with a sign right across it announcing “FIELD CLOSED FOR MAINTENANCE”. Such is the setting for the latest installment of what is possibly the most competitive game of LawMed ’16 – Ultimate Frisbee. 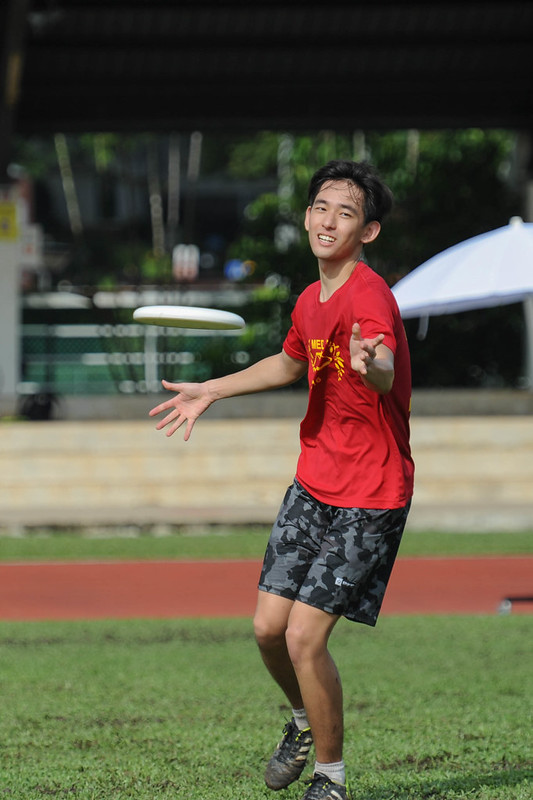 For the uninitiated, this is a sport based on egalitarian values – men and women play on the same team, with 7 members on each side, aiming to get the frisbee disc to the end zone on the opposite end of the field. Also, just like the honourable professions of Law and Medicine, this game is self-regulating, hence the lack of a referee. 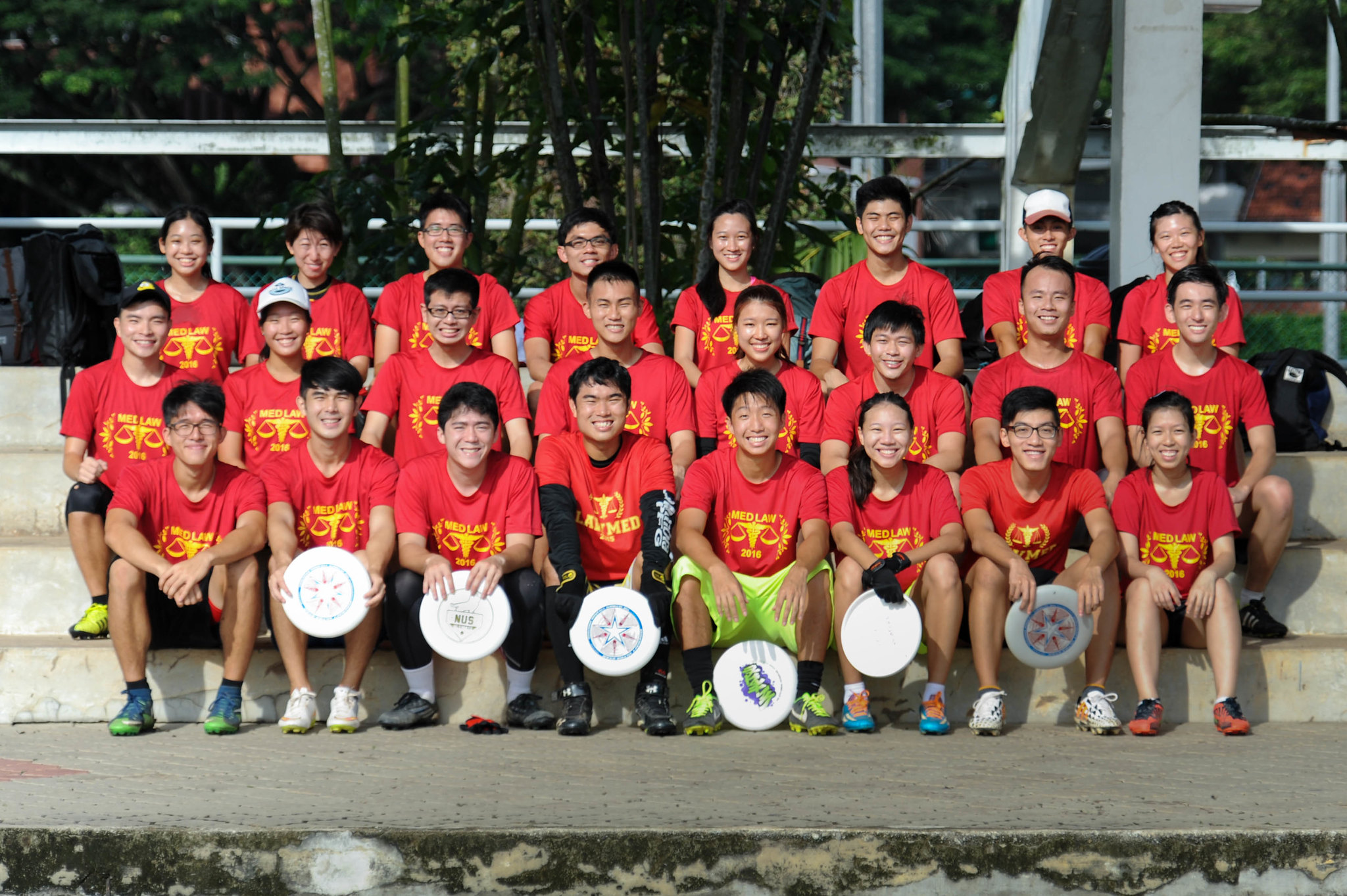 Upon arrival at SRC Field 1, I realised I should have brought a butter knife – that’s precisely how thick the tension was on this field, notwithstanding the Medicine team’s general tardiness. A near-disaster struck as Law’s star, Jamin (Y1) did a near-standby universe on his belongings to locate his socks. Which were, thankfully, found. While Medicine took their own sweet time to arrive on the field, Law was not going to idle the time away, as the team were kept on their toes with a series of warmups. 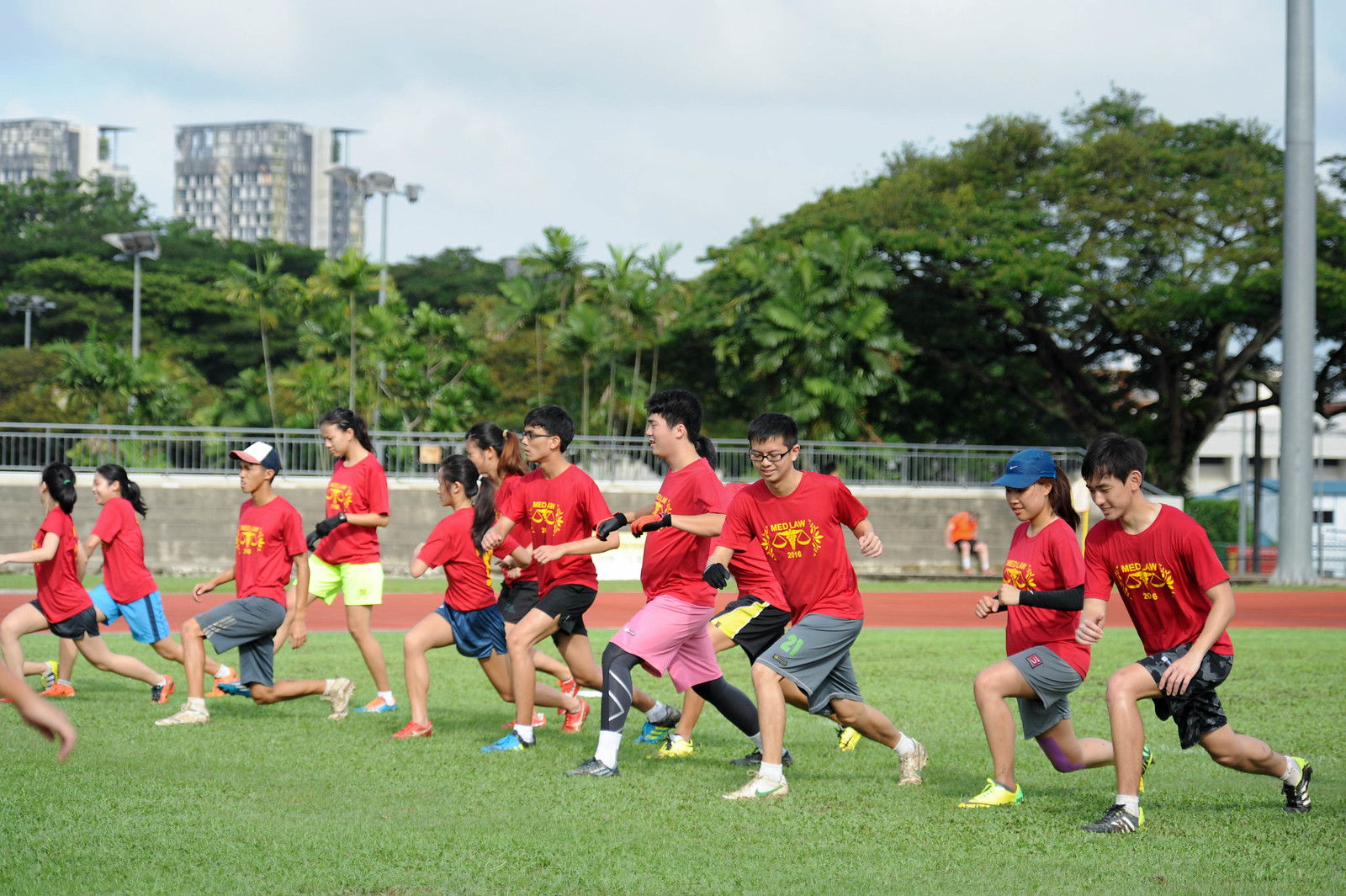 Part I – just warming up…

Just prior to the game, the team captain Tim Oen (Y2) gave a pep talk – tl;dr: “have fun” and “stay safe”, the point of which was promptly proven by someone complaining of someone else’s rough hands being “ticklish”.

At 10am, the game started. Somewhere between this point and halftime, this officious bystander decided to marvel at the modern wonders of the vending machines on the grandstand (you can get melon soda at only $1.60 here!), and as a result, was not privy to the shellacking in the first half delivered by Medicine. One wonders where “primum non nocere” went. 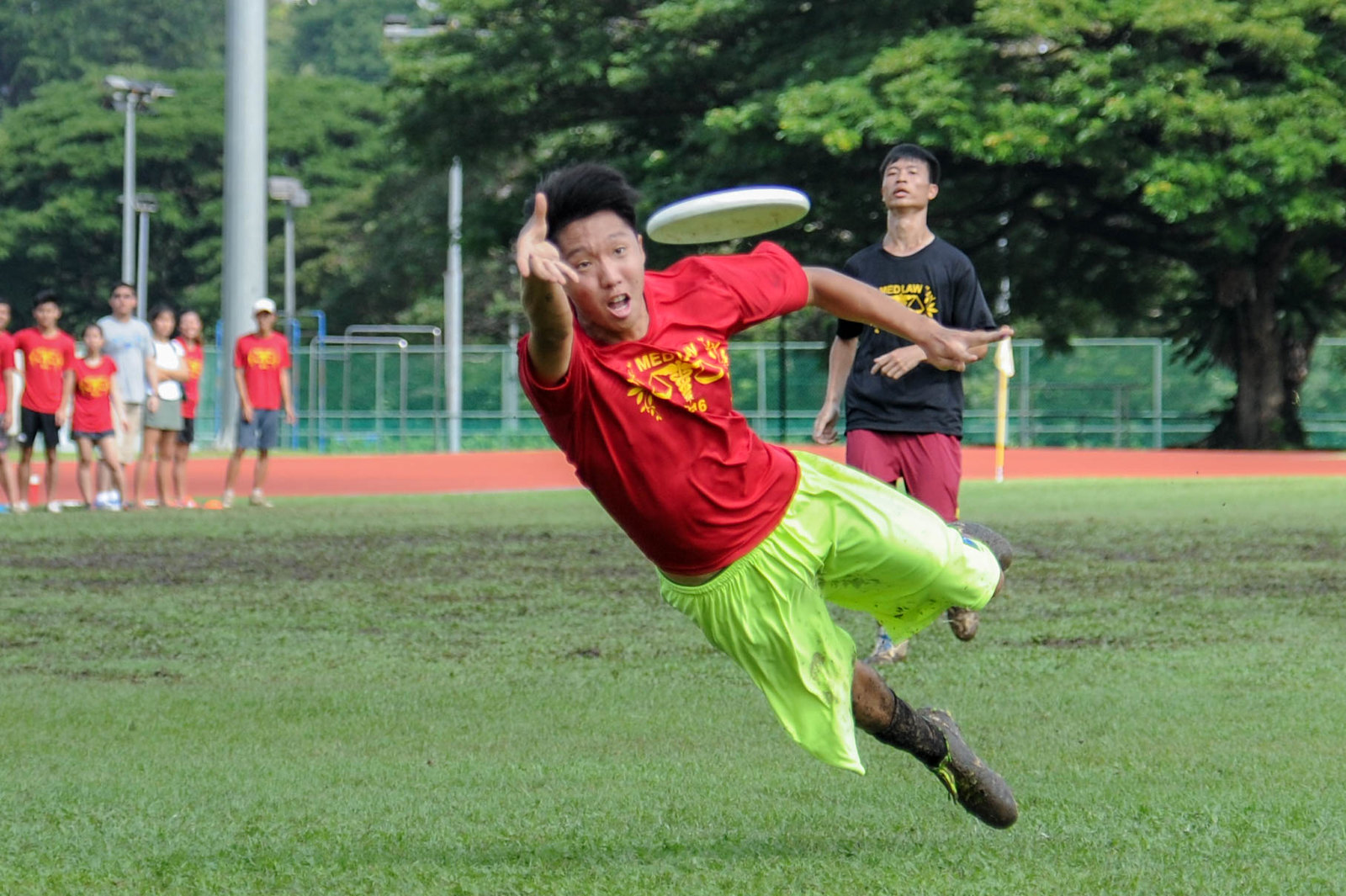 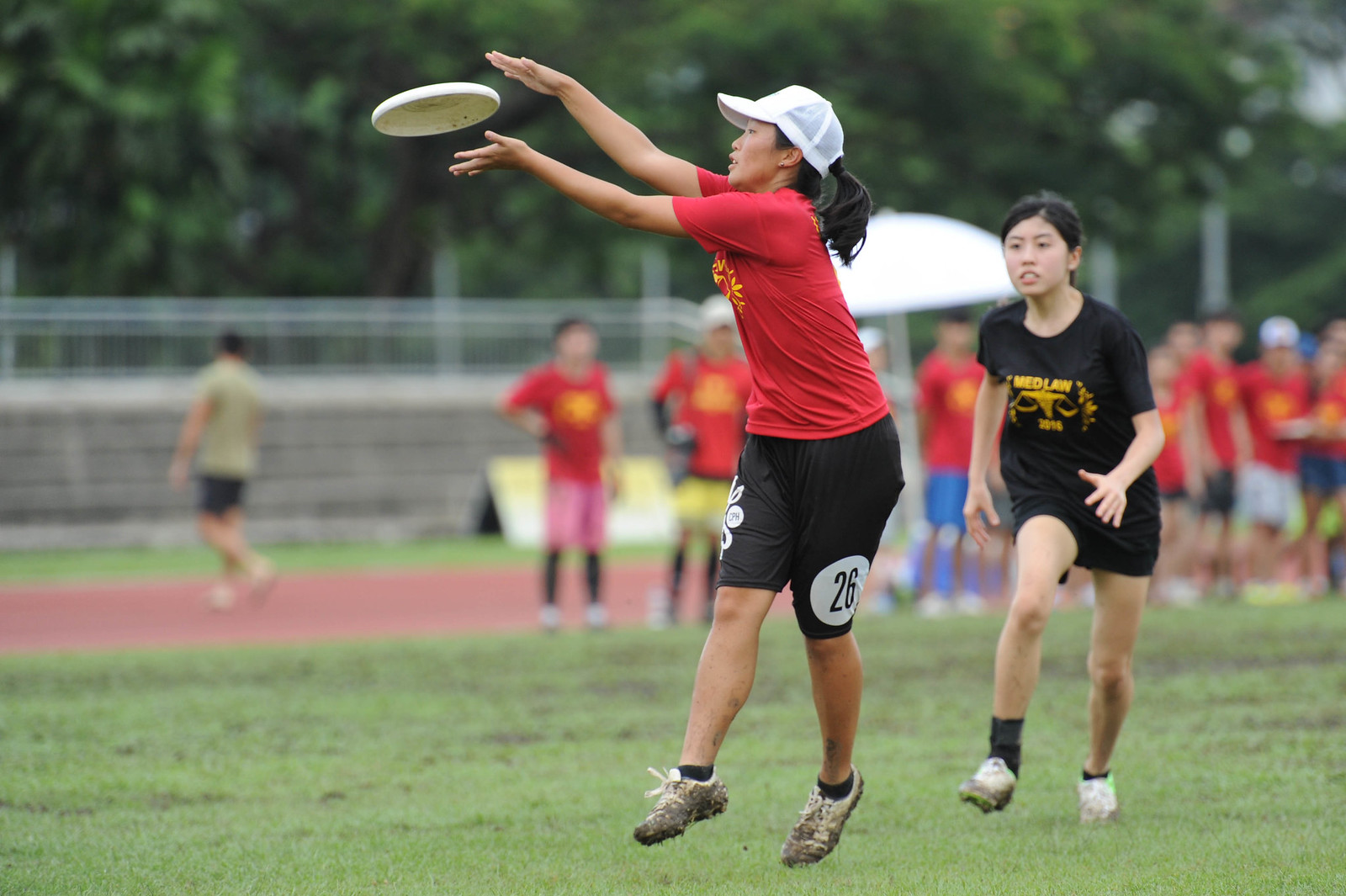 Medicine is clearly in awe of Law’s own Nat

Finally feeling the great disturbance in the force, a voice from the Medicine team started to instruct fellow team members not to “stand there like a statue”. Medicine pushed back hard, but were resisted by Jingfei (Y1). He scored twice in 10 minutes (11:40 and 11:50), with the assists of Jamin, and Zhefei respectively, as the combined effort of the entire Law team flurried through the air into the ground to deny Medicine a rerun of their 10-point difference at LawMed ’15. 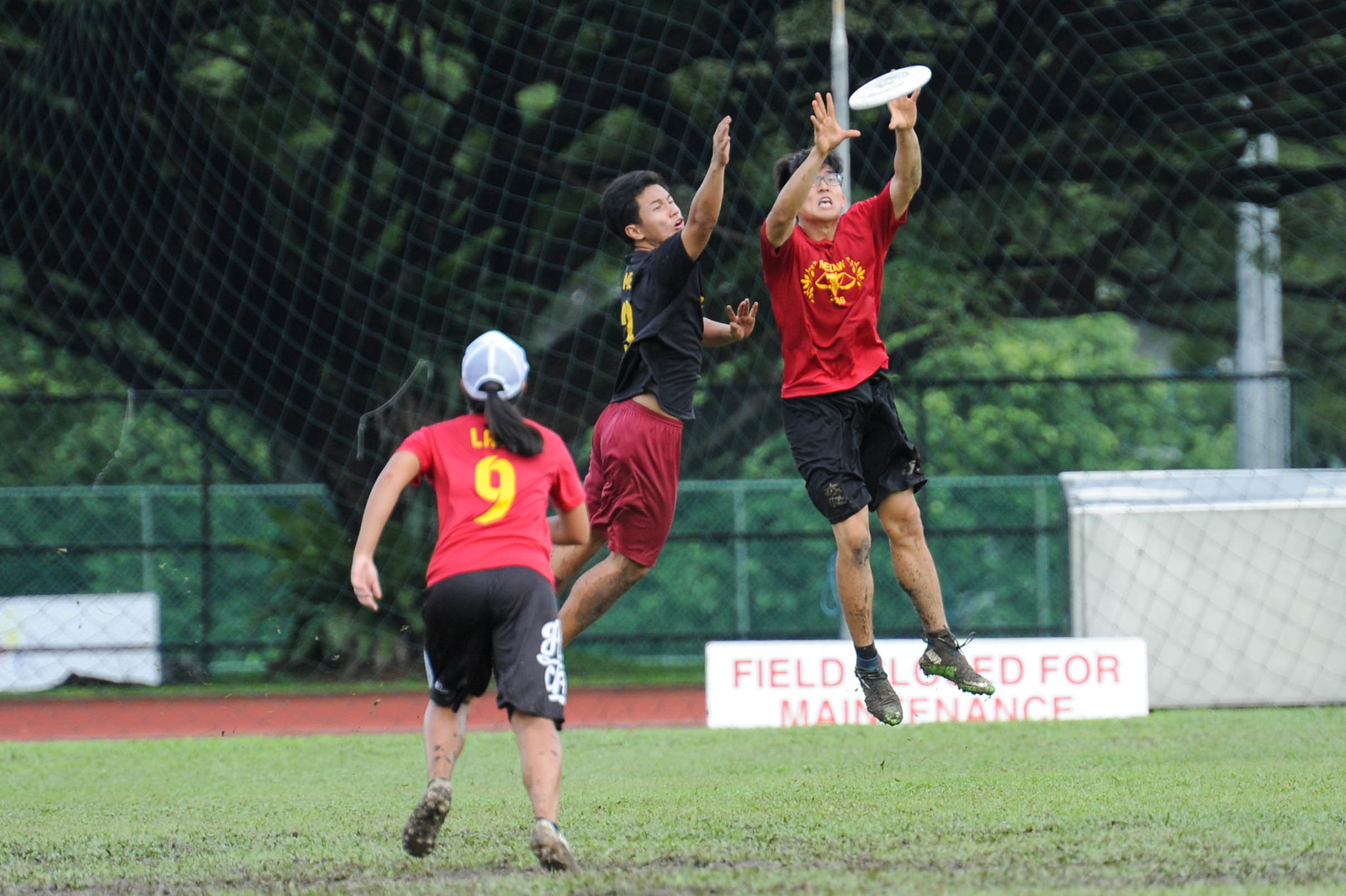 The Force is clearly with Jamin (Y1)

Though the score ended at 13-8 with 13 to Med, this marks Law’s best year yet at the LawMed Ultimate Frisbee Games, with the smallest point difference in the Justified recorded history of LawMed.

In the end, any and all tension was swiftly dissipated by the Prince of Bukit Timah, as his post-game pose brought the women (and men!(?)) of the rival teams together to admire the glory that is Joel Tieh (Y3). Exclusive scoop by Justified: this is a preview of the Law Ultimate’s next recruitment poster. Scroll to the top if you haven’t noticed.

Either way, as it is just 2 days away from Chinese New Year at the point of writing, this particular score forebodes well for both teams, as 138 means to “prosper for one’s life”. On that note, this officious bystander wishes all readers a happy CNY! 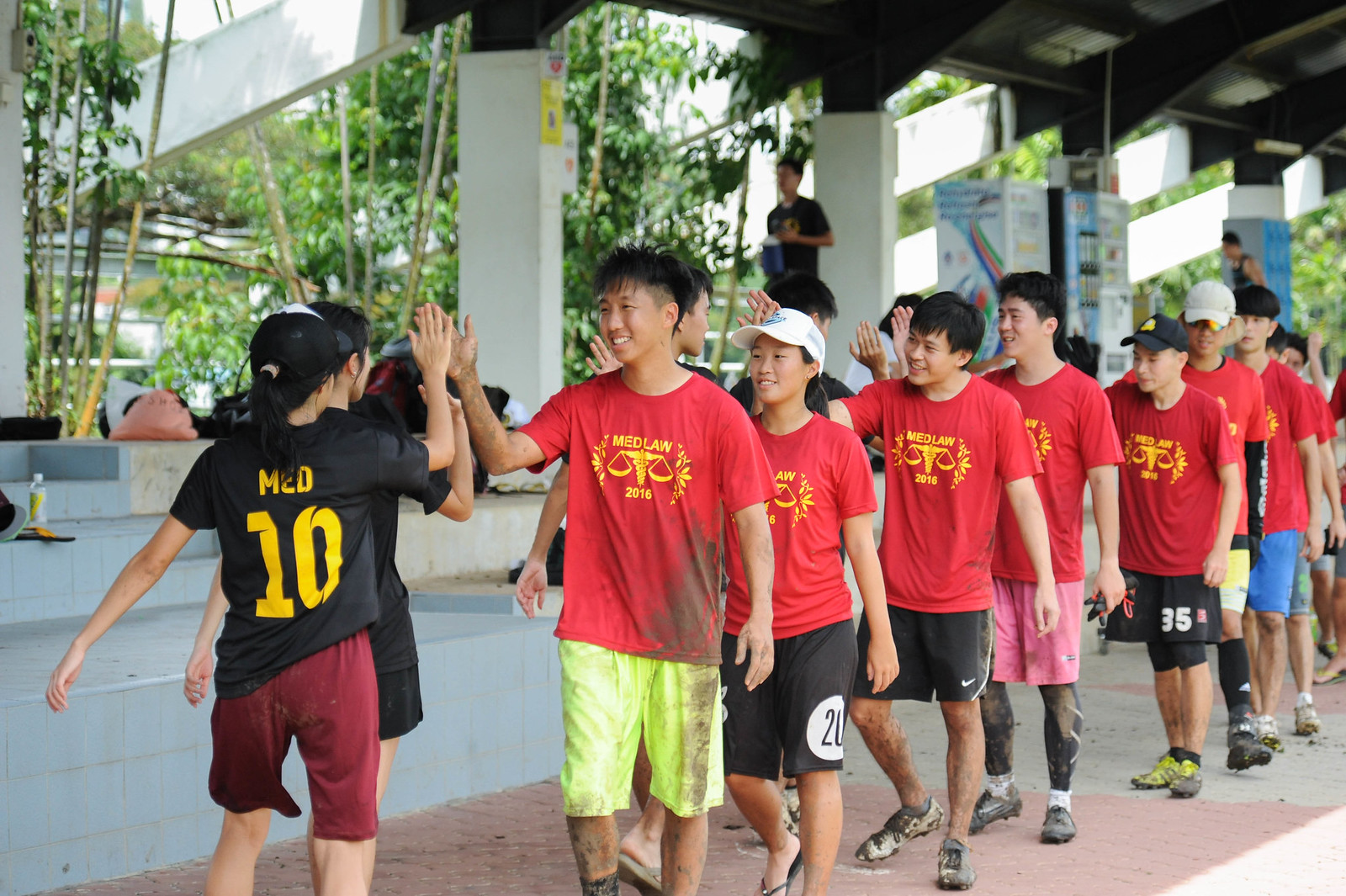 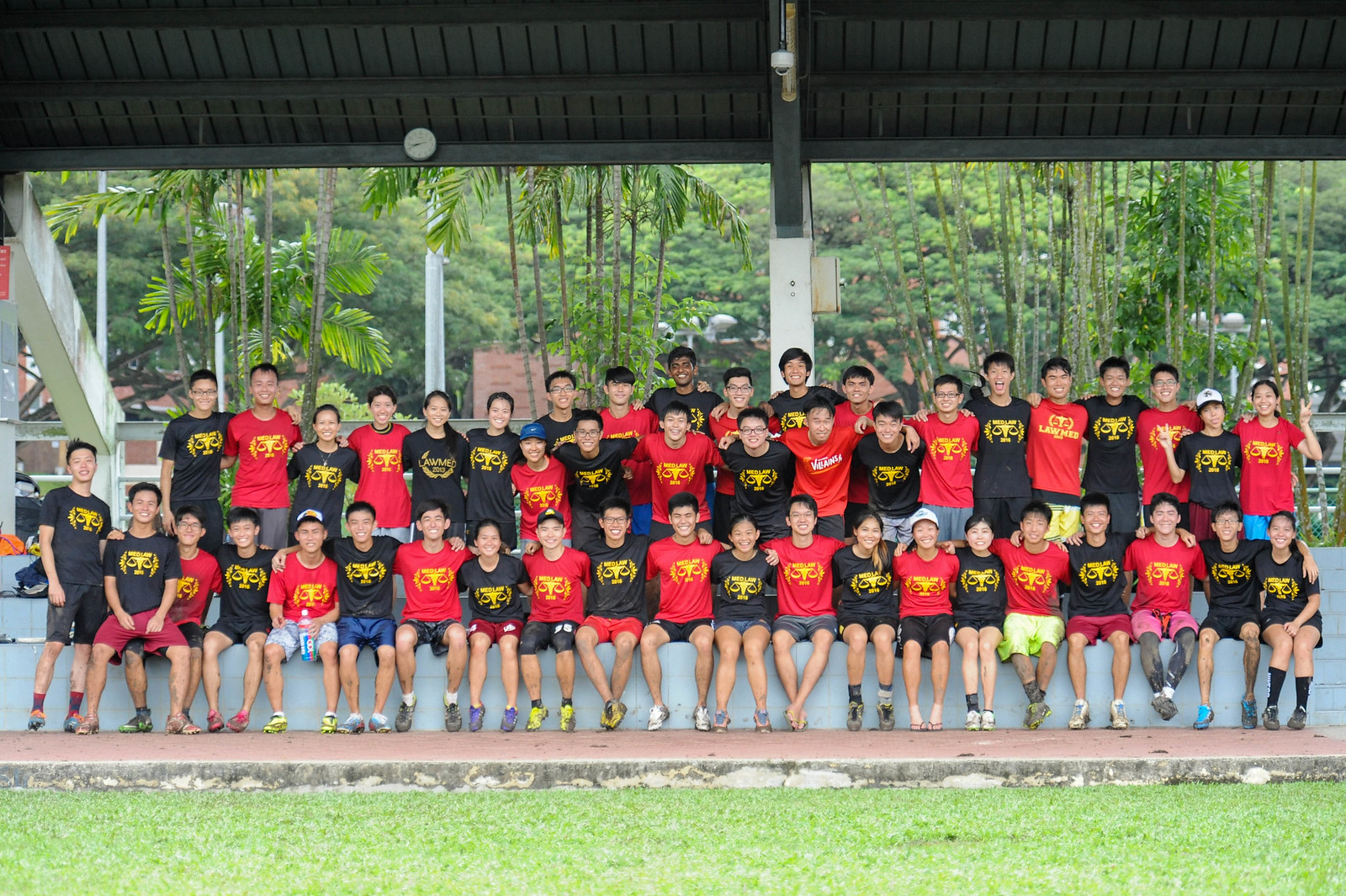