It’s Saturday morning and our starry-eyed girls are up bright and early, ready to valiantly take on the fault in their stars — Medicine (which boasted two national players the sneaky beasts). The game, played over 6 rounds, is determined by a cumulative score. 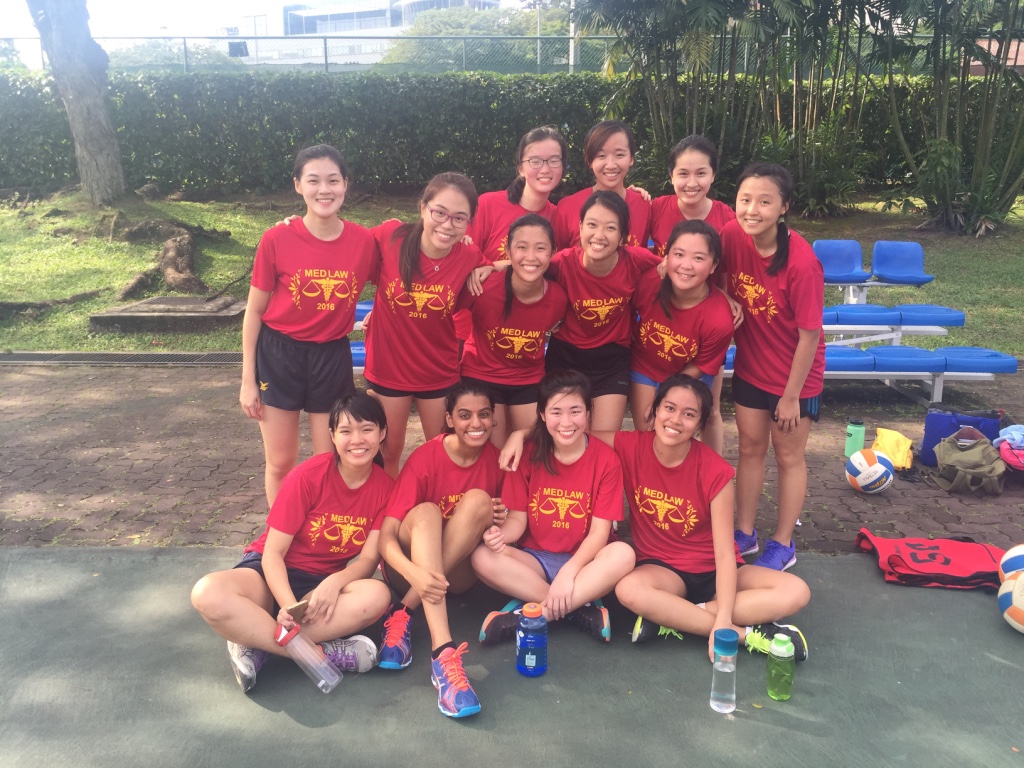 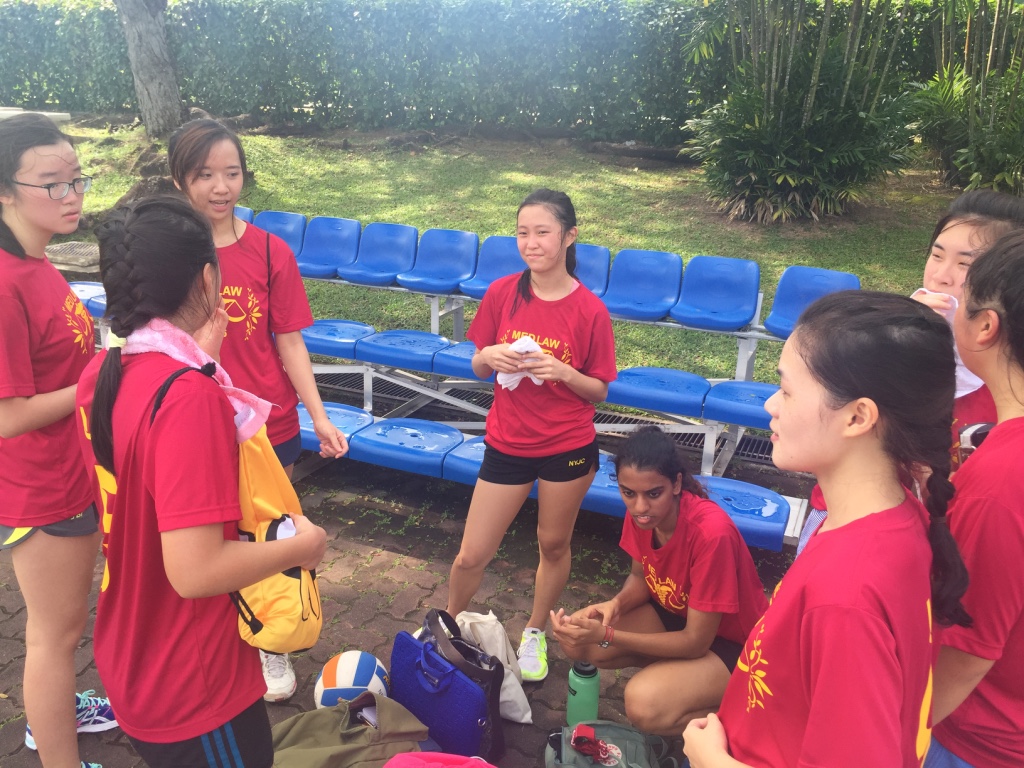 The team gathers to evaluate how best to pool our rather large spectrum of skills to efficiently counter the formidable opponent GA-GS pair. With defence on the admittedly bleaker side, the girls decide to capitalise on the fortuitous endurance acquired from countless late nights spent cozying up with old, yellowing texts.

We move into the fray with our sights set on relentless attacking and deftly seizing opportunities where (if) Medicine slips up. 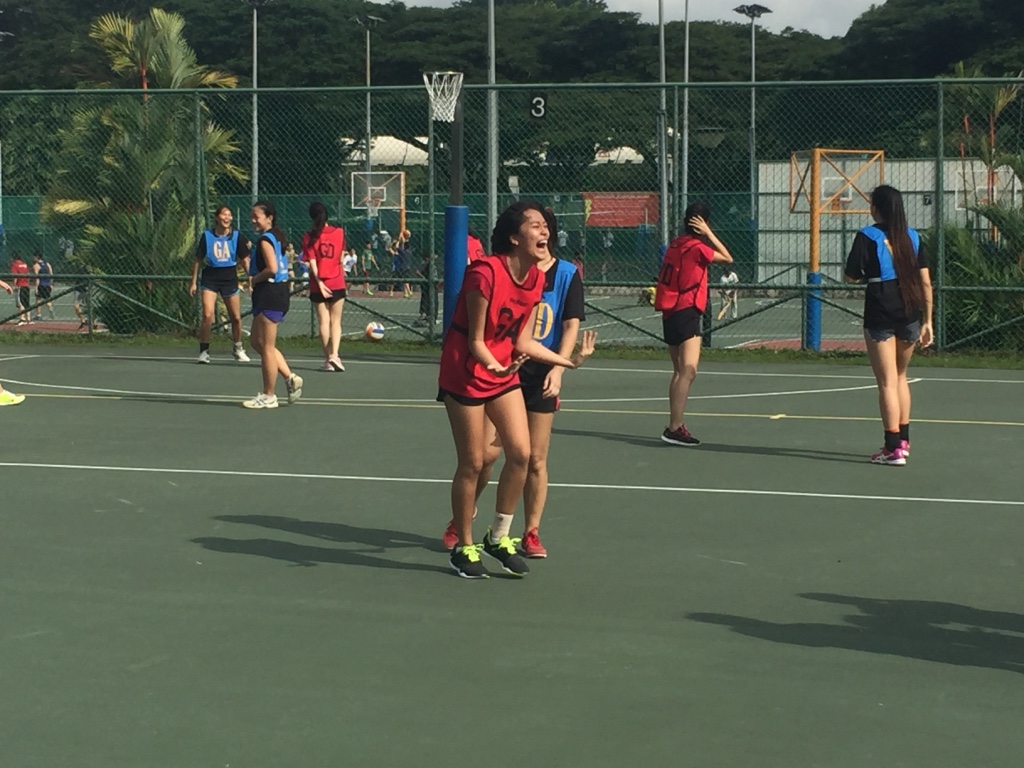 The fire of the team.

Andrea lets loose a savage war cry when the team’s morale falls as Medicine has thus far failed to slip up as much as we would have liked. Our girls play with zeal but passion proves, unfortunately, no match for the learned hand of experience. 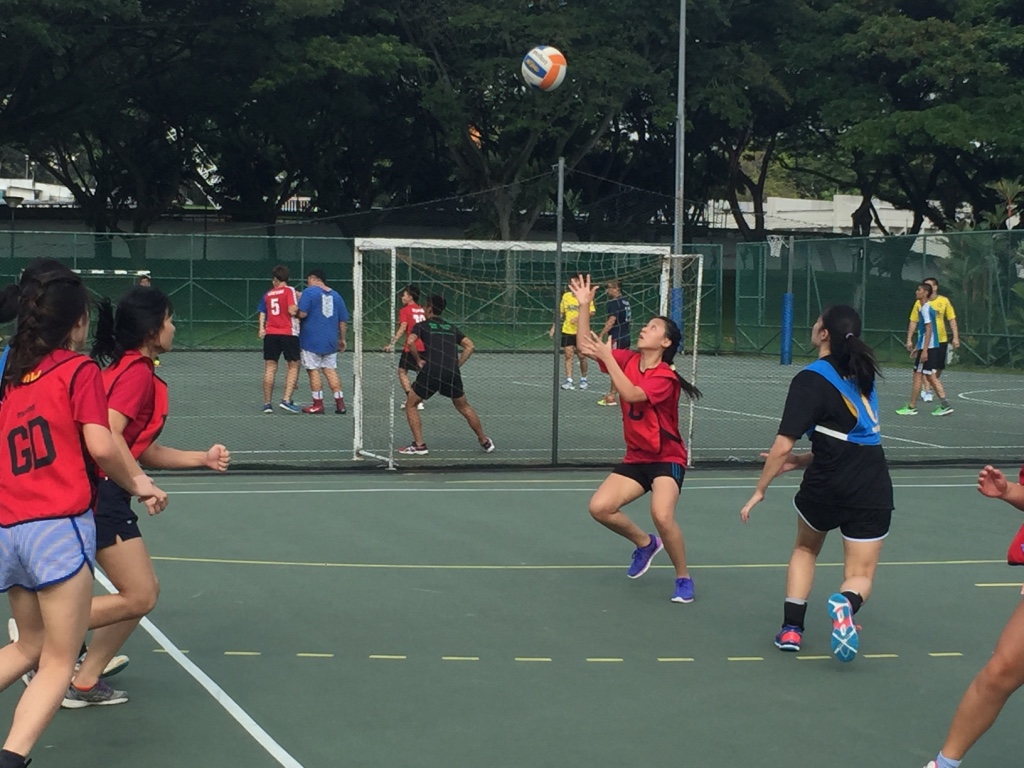 Our captain refuses to concede.

Siu Ming sprints tirelessly across lengths of the court to snatch the ball out of Medicine’s hands. Her quick feet and petite frame serve her well as she is even swifter than and thus able to evade the Medicine players in good time to accurately anticipate and receive the ball.

We have now sufficiently warmed up after 4 rounds under this glaring and excruciatingly hot Saturday morning sun. On the not-so-bright side, looking at our score of 27-5, our strategy thus far has clearly not worked as efficiently as we would have hoped. This triggers an unspoken resolve to change tactics.

The fifth round begins and in a turn of events, our girls appear to hearken to Sun Tzu’s teachings — “All warfare is based on deception.” Cleverly, they adopt a faux amicable approach, constantly passing the ball back into Medicine’s hands to feign weakness, attempting to lower Medicine’s guard while getting ready for their comeback. This was not to be as well as the doctors-to-be stabbed us in the back and cast ten more balls into our net.

Not to be out-witted, our girls pick up the pace and in a series of stunning manoeuvres, push their limits and more than double their score in a measly two rounds. The teamwork starts to be more seamless and the players more determined. 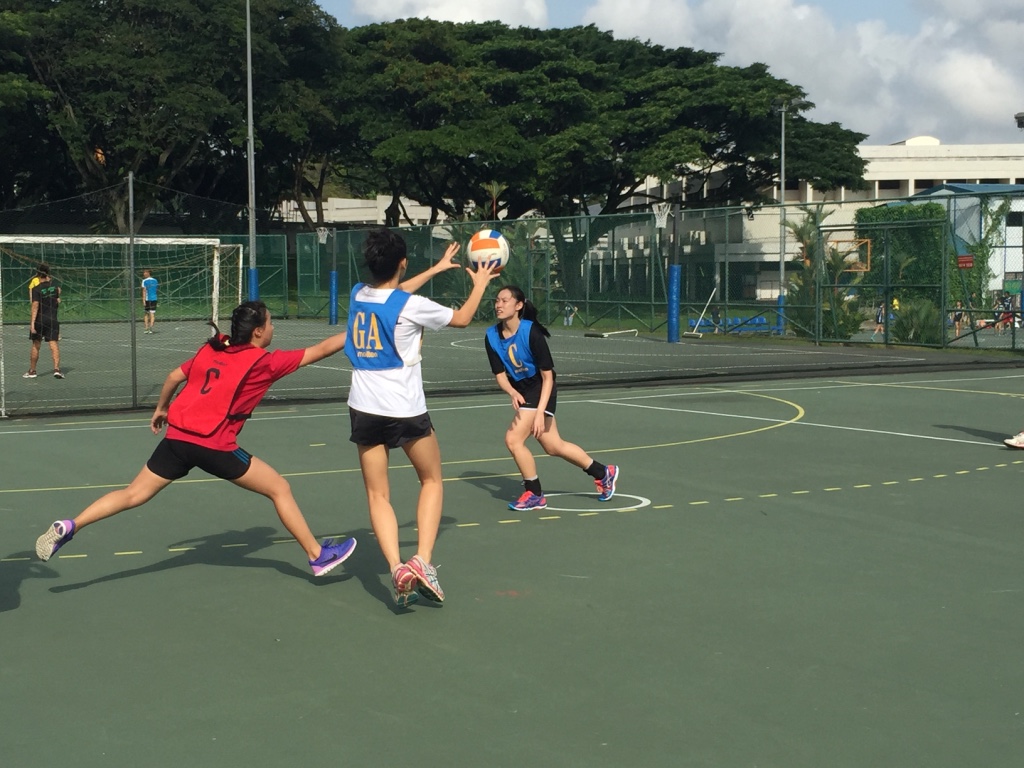 Taking things in stride, Siu Ming, C, effortlessly pushes the ball out of the Medicine GA’s reach, simultaneously pushing Law just a little closer to our dreams of victory. 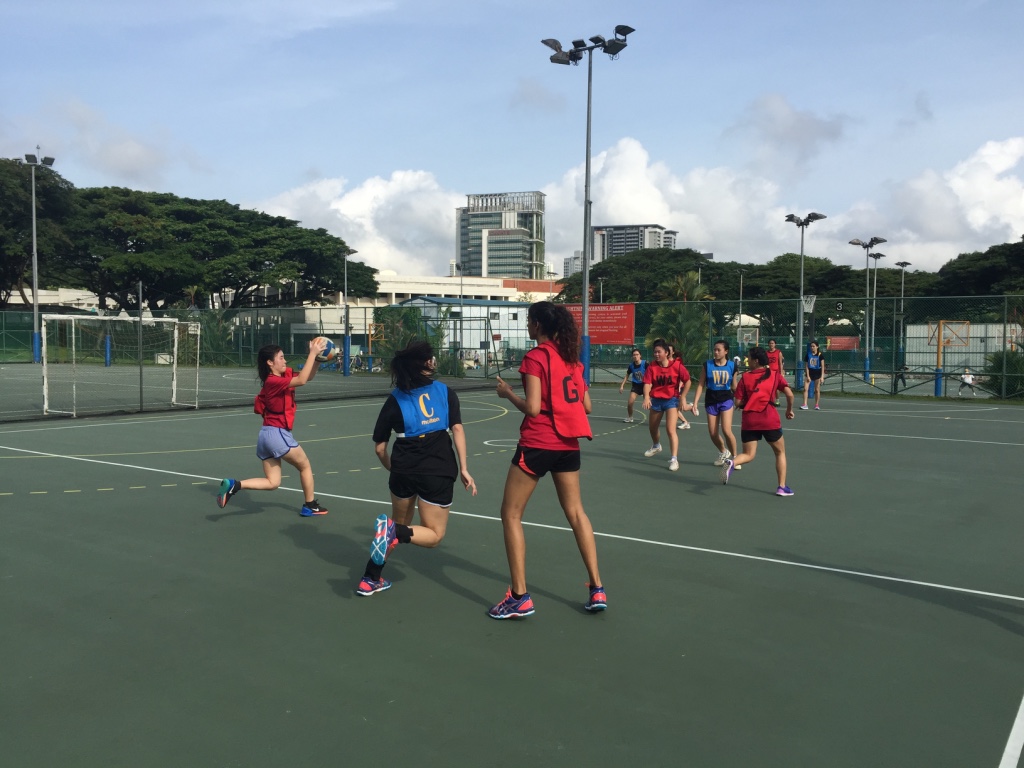 Melissa, GD, in the midst of an excellent catch. 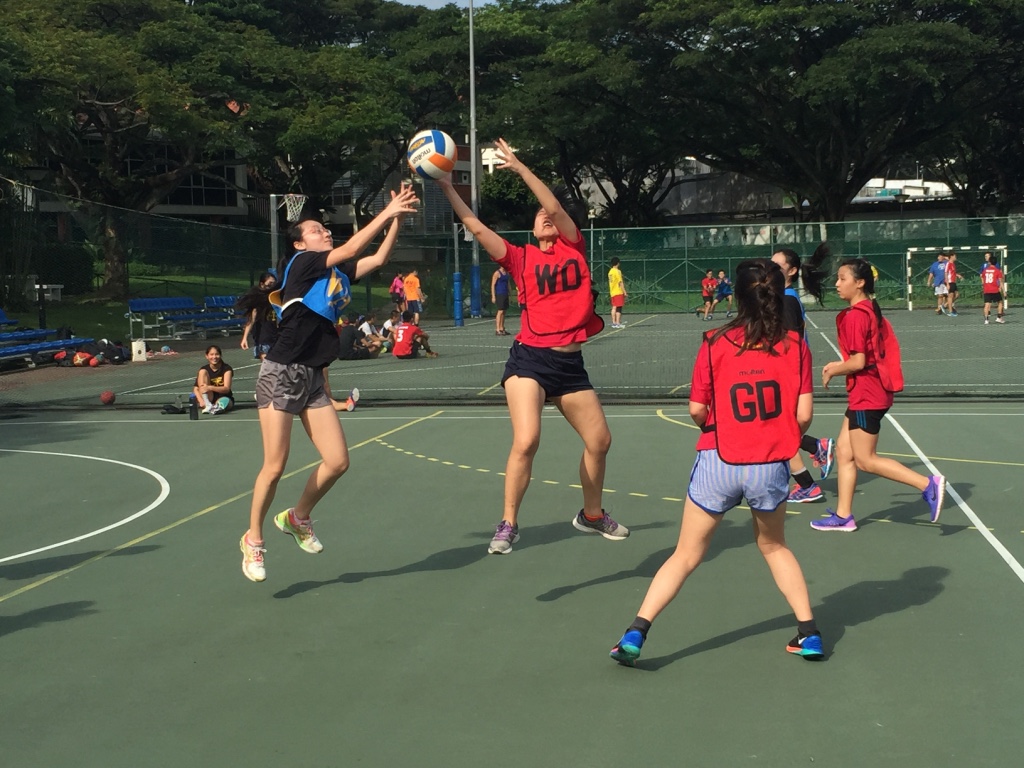 Janice, WD, jumps high and hard to pick the ball out of the air before Medicine’s WA can get ahold of it. 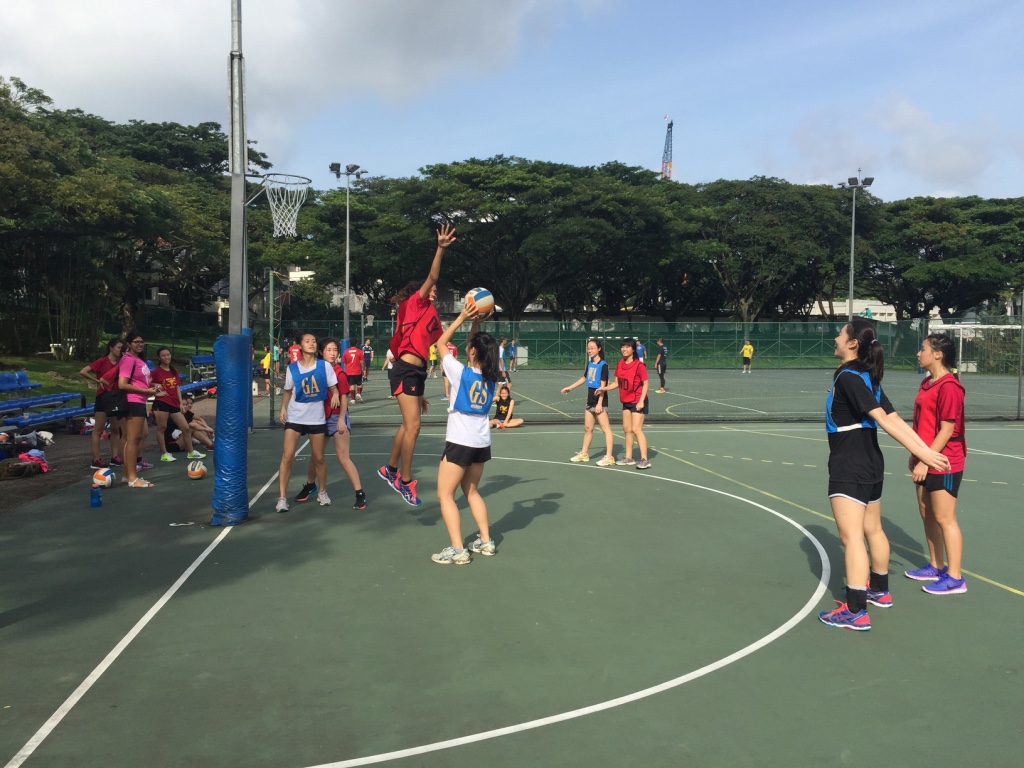 Robust defence in semi-circle — Sindoo, GK, attempts to deny the Medicine GS the chance of having a decent shot at the net. 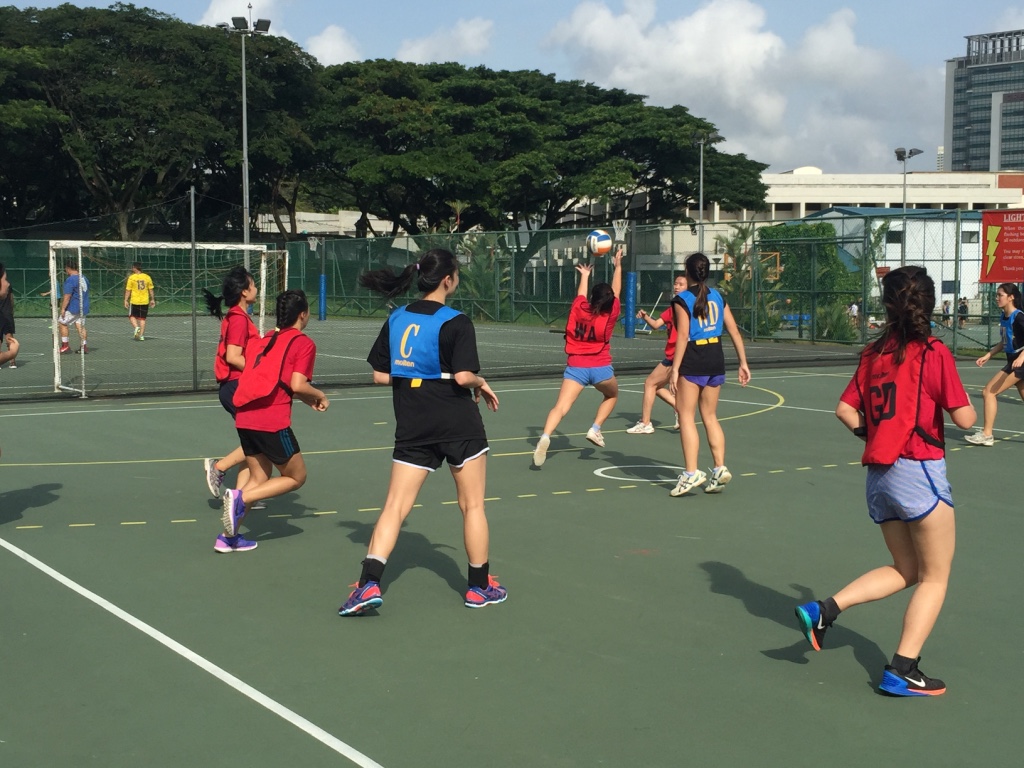 Anni, WA, dashes for the ball before passing it on to Andrea, GS, to score. 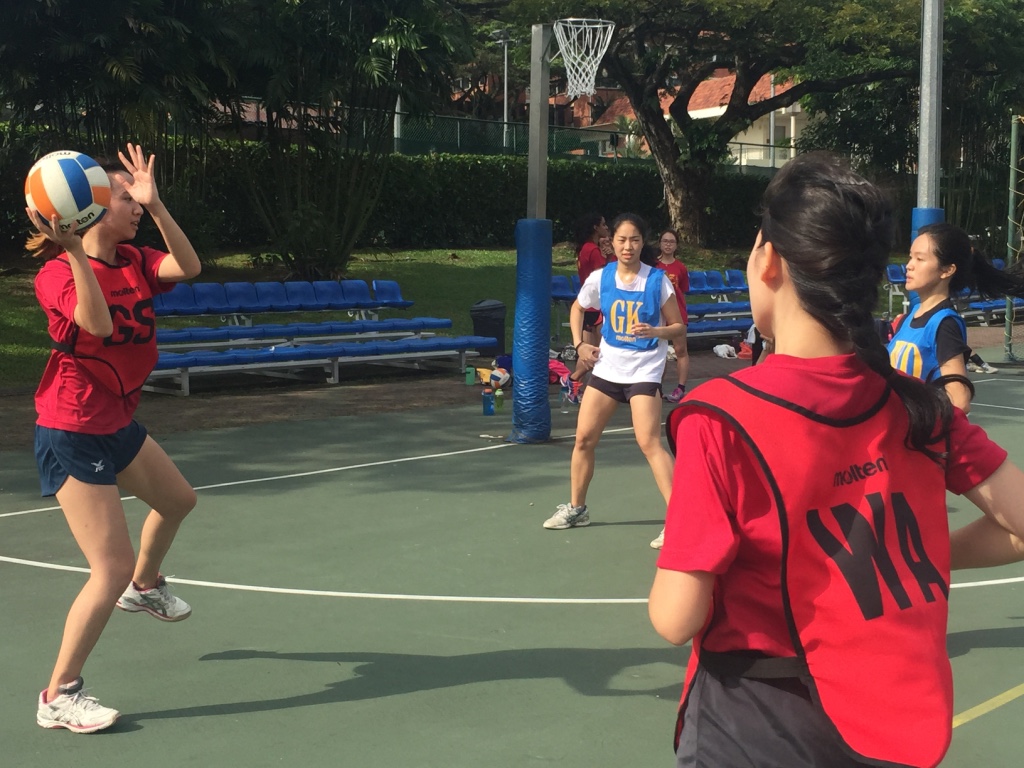 Meishuen, GA, works in tandem with Andrea as both execute a series of well-placed tosses before sending the ball into the net. 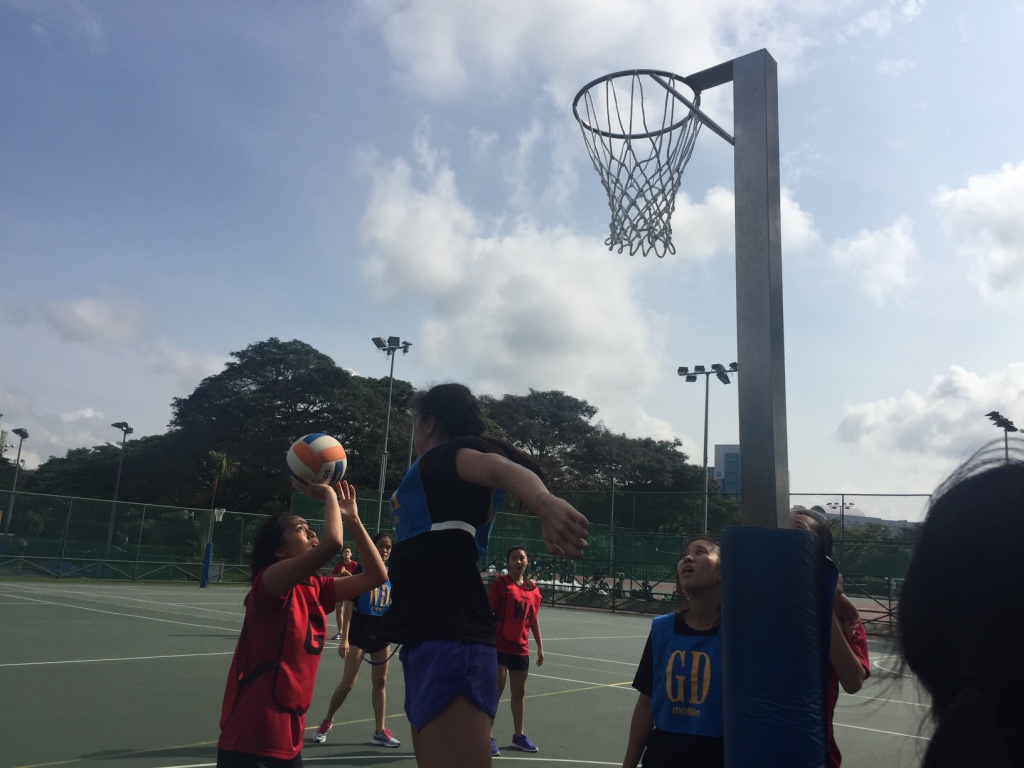 Andrea is poised to take a successful shot as the Medicine GD watches on with a forlorn look.

The game ends with a score of 40-12. Our girls put up a tough fight but ultimately, it was not enough. Yet it is inevitable that one will stumble numerous times on the road to success and if it is not success, it is certainly not the end. 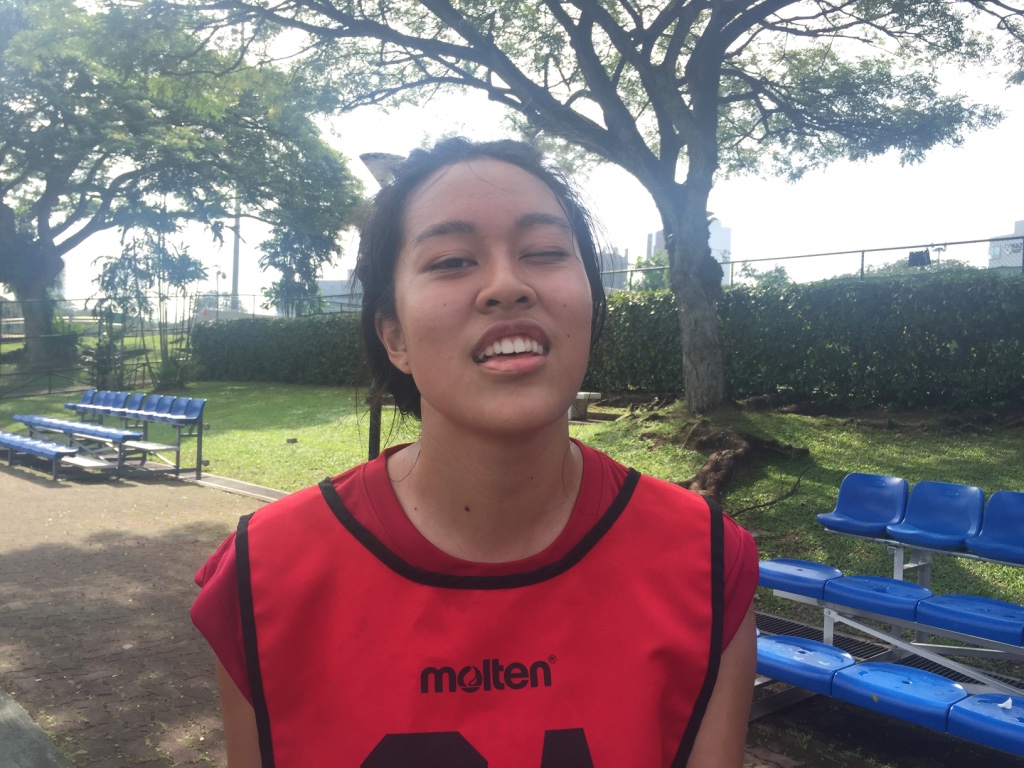 General sentiment — our girls were exhausted but not disheartened. 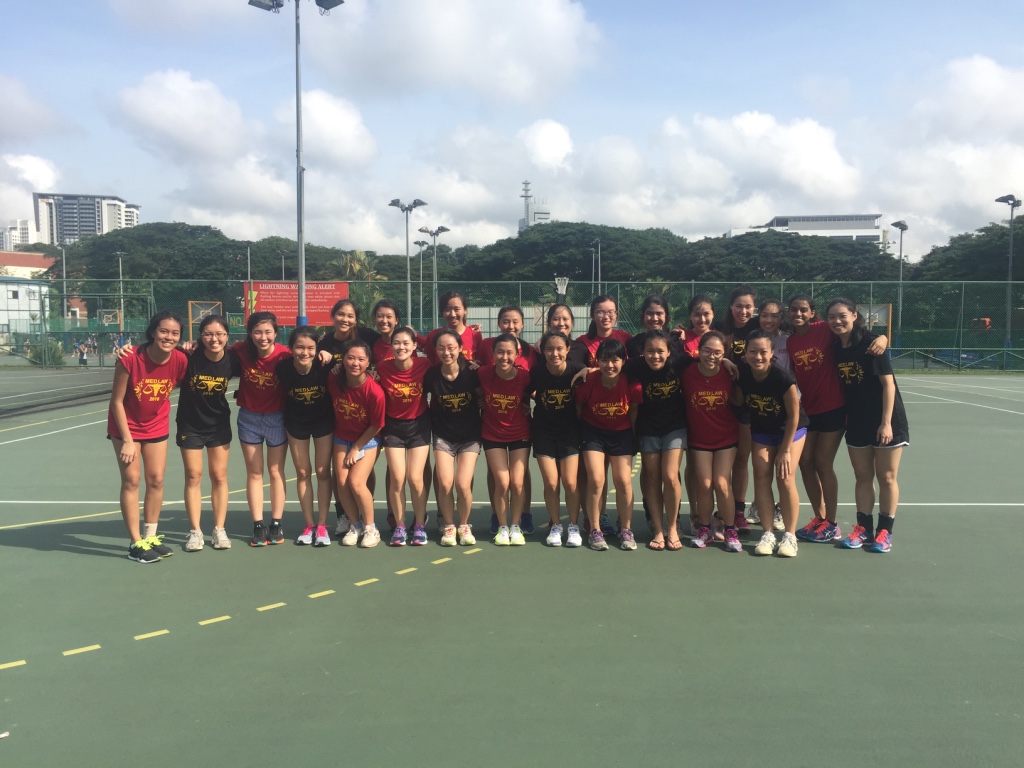 Both sides put up an admirable display and we would like to commend our girls and Medicine for having played hard and true to the spirit of sportsmanship. Law graciously bows out this time round. However, until such time sweet victory is ours, we must, unfortunately, remain star-crossed lovers.