It was on a Monday night that the Law shuttlers arrived at CAPT, ready to destroy, and destroy they did. 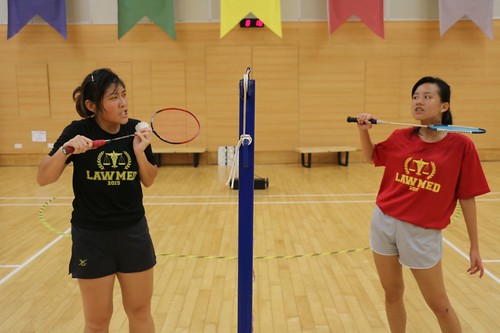 First up was the Men’s Singles.  Leading Team Law to a strong start was Elvis. After he won the first set, the Medicine player got his game on and managed to win the second set. It was a nerve-racking final set as both Elvis and his opponent were determined to bring glory back to their respective faculties. Elvis was in the lead at 20-12 but Medicine slowly inched ahead and brought the score to 20-16. For a moment, it seemed as though Medicine might actually catch up, but he was ultimately no match for the deluge of fast and powerful smashes that came his way.

On the other side of the court, however, the women’s singles was not having much luck. Law’s Kai Xin put up a good fight with both offensive and defensive strokes, but unfortunately she still narrowly lost to her Medicine counterpart.

The next match was the Mixed Doubles and Women’s Doubles. The Mixed Doubles team was represented by Jayden and Boon Xin while the Women’s Doubles team was represented by Lili and Minhui. The series of well-executed drives and drops by the players had their opponents scrambling to return the shuttlecocks.  Both teams showcased their finesse and prowess by securing convincing wins within two sets of play each. With that, Law won 3 out of the 5 games that night. 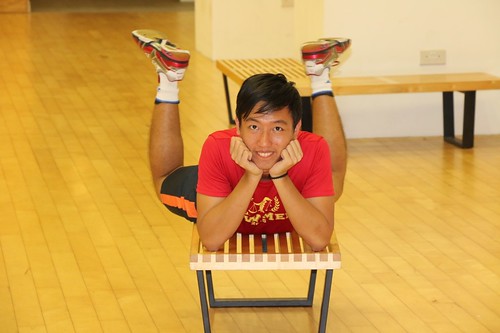 Even so, Men’s Doubles team represented by Chun Han and Boon Tiong, did not rest on their laurels. In fact, if anything, they saved the best for last. The powerful and skilled flicks from all the players sent the shuttlecock flying fast and furious, to and fro over the net, with no one willing to let their guards down even for a moment. The intense rallies and skilled strokes left  even this writer, who does not know to play the sport, in awe of the high level play that was going on in front of her very eyes. Unfortunately, despite their valiant efforts, the team did not manage to triumph over their opponents. 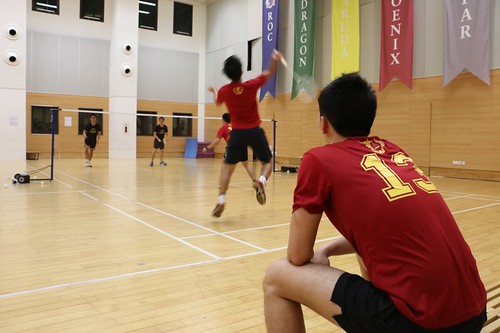 However, Team Law ultimately emerged victorious. It was a historic moment, because according to the team, this was the first time the badminton team has won Medicine in at least the last 5 years. Kudos to the team!  From henceforth, the team will only get stronger and better! 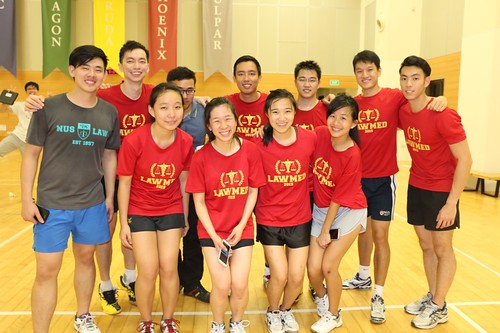