‘Balls don’t lie’. This is probably because balls do not usually speak. Nonetheless, it is a fundamental proposition of basketball and also basketball captain Jerrold Au’s (Year 2) ambivalent response to the upcoming LawMed matchup with Medicine on 13th February. It is a proud tradition when 20 young, bright and eager men gather in a sweaty fashion to try to put an orange ball into 2 holes. Sometimes they will shout when they succeed in doing so. In short, Lawmed basketball is everything it sounds like: Elegant and of austere beauty. 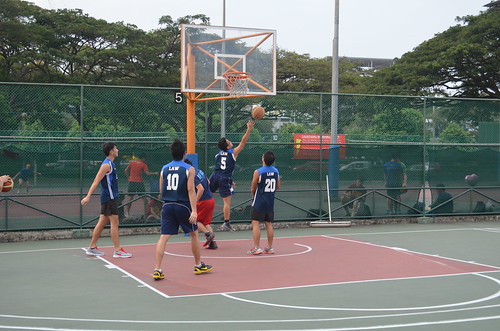 Despite considering how the average Law student will be at the lowest of his/her physical prowess in the middle of the semester, our Law team headed into this year’s match looking to repeat what they had done for the past 2 years: Winning. However, as the warm-up shooting begins, we cannot help but notice how polished the Medicine team is looking this year. In particular, Medicine 3-point specialist Bing How (No. 10) was smiling as he dropped the bombs from downtown. It was the first of many foreboding signs that day.

The second sign came when Law’s trump card, I(M)VP player Tien Wei ( Year 4) showed up sick on the court, literally and metaphorically. Shrugging away the misgivings, the Law team quickly prepared themselves for the showdown. However, after gaining the first possession, Medicine managed to score a few quick baskets. In contrast, our Law team was looking rusty as a few easy shots fell short of target. Thankfully, basketball dynamo You Xiang (Year 1) picked up the slack by converting a few 3 pointers, scoring the majority of Law’s points early in the game. 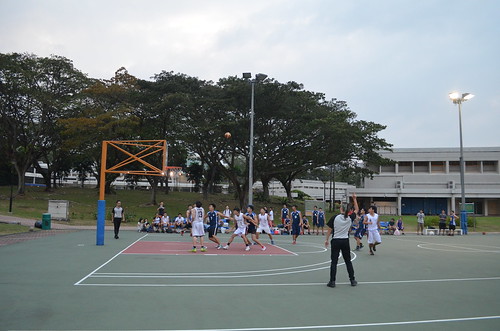 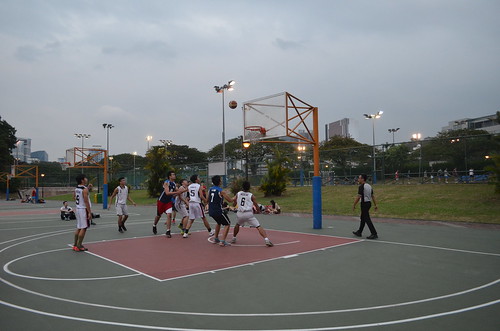 Few things can grab a guy’s attention like balls

However, the following 2 quarters of the game provided no respite to Law as careless passes and plain off-shooting widened the points gap between the 2 rivals. Evidently disheartened by our (lack of) offensive punch, Law’s defence was unable to stop the continued assault of Medicine’s offence as aforementioned Bing How got hot midway into the game, scoring a few 3 pointers in quick order. Unfortunately, all of Medicine’s players were playing well that night. Suspiciously well, in fact. Some medicinal herbs can improve athletic ability. The Medicine team knows medicines. Just saying. 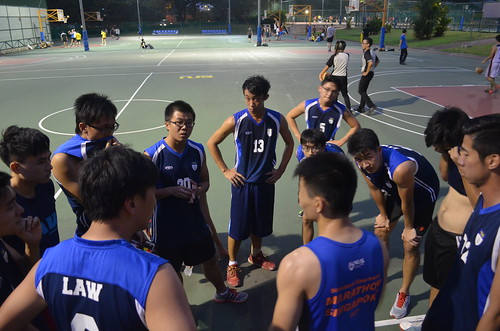 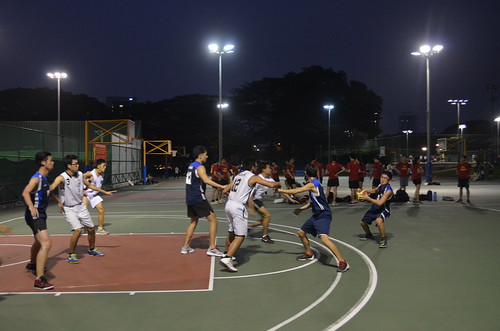 In contrast, Law played the first 3 quarters without our usual awe-inspiring performance as rebounds were ceded to the sprightly Medicine players and only sporadic baskets were made by Kevin (Year 4) and Teren (Year 4). Feelings were tense as accusations of flying elbows and other miscellaneous body parts were exchanged between both teams over a particular incident. Thankfully, cooler heads prevailed before a new Lawmed sport of wrestling could commence.

Coming into the fourth quarter and realising that things were looking bleak, the Law team readied to play their hearts out if only to keep the competitive spirit alive. Indeed, it was only in the 4th quarter that Law began showing some signs of life as Tien Wei converted a few difficult shots with his characteristic ease and our jump shots started falling. Unfortunately, it proved too little and too late as the game concludes with a final score line of 24-60. Despite the disappointing loss and the impending departure of 3 veteran graduating seniors, it all ended well in smiles as Team Law promises to rebound stronger than ever next year.

Perhaps our players will have better luck shooting the ball into the basket the following day on Valentine’s day. 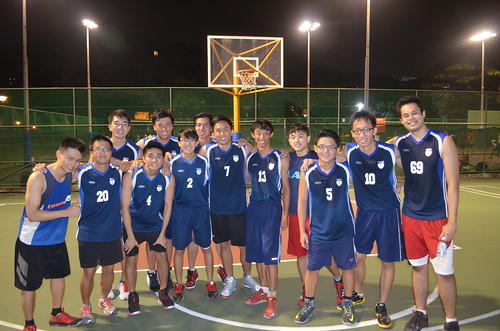