There comes a time in every hero’s journey when he has to stand up for what is right. For Darrell Lee Y2, it was the time to captain the Captain’s Ball Law team against the captors of last year’s Captain Ball glory. 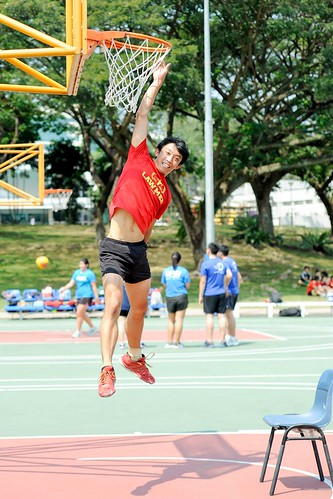 Looking for a hero? That’s me!

Our hero put together 44 extraordinary men and women for the conquest. This was more than we needed, but as Darrell wisely puts it, D-Day may mark the birthdays of grandmothers and the deaths of goldfishes. Better to be safe than forgo glory.

But perhaps this league of legal eagles were more committed than one would have thought. They turned out to be brave souls willing to withstand trainings under the tortuous noon time heat on the Upper Quad. Amidst the terror of coordinating the schedules of 44 disparate individuals, our hero himself was surprised to find that the team did show up for training after all (Darrell had expected that training would have been cancelled and he was prepared to go for a swim instead, hence he showed up in what looked like trunks — think figure-hugging thoughts).

On Valentine’s Day this year, while the reasonable person was out in the pursuit of love, we were driven by the love of pride and honour to the battlefield. The enemy had beaten us 8-1 in the previous year. We were here to right that wrong. We were here for justice.

With military precision, we proceeded to do warm-up drills on the courts as if part of our second nature (emphasis added). We sincerely hoped that this caused some apprehension in our foes, but most of us could not visually ascertain this as we were wiping the mixture of tears and sweat from our eyes (we were not used to the “warm up” lunges to say the least).

Each side fielded three teams and two games were played at once. Our formidable A team took a well-earned victory, though it was by the closest of margins. Our B team was pleasantly surprised when we won our match by a significant margin. Our shell-shocked opponents were overheard warning each other “The M2s are going to kill us if we lose this competition”. We proceeded to give them our namecards in case the M2s needed defence lawyers to fend off murder charges.

But the M1s were determined not to give us legal business, and proceeded to field their A team against our B team. Somehow their A team was not tired (we suspect steroids and are considering filing a suit to increase demand for lawyers and make business for ourselves #shutthelawglut). We proceeded to take on a trouncing such that the score quickly went out of the range of our lawyerly mathematical abilities (lawyers only have ten fingers to count with). Fortunately, the C team won their match. We were tied 2-2.

Tired and exhausted, the C and B teams combined to make a CB team for the next match. We lost. We think it’s because our opponents were not playing by the rules. For instance, there were speed limits indicated on the courtside roads — 20 km/h on the school compound. The medicine team frequently exceeded these limits, running circles around us law-abiding lawyers. Furthermore, the medicine team would tower over us (we suspect growth hormones), blocking out the sunlight such that we could not see, and therefore, could not play. Lawyers interested to take on these claims pro bono, kindly contact the writer.

Meanwhile, the A teams faced off again. This match was a nail-biting one. Led by our hero, chaired by our resident ballerina Cheng Aik, carried by our stud (read: Joey Lim, Y4, comes with abs), it was the mother of all Captain’s Ball games. We toiled hard, remembering our arduous journey leading to this grand stage (Review the mash-up of ABC team games below for dramatic effect)… 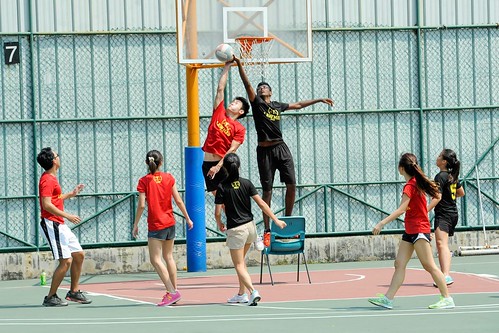 Ain’t no ball too high. 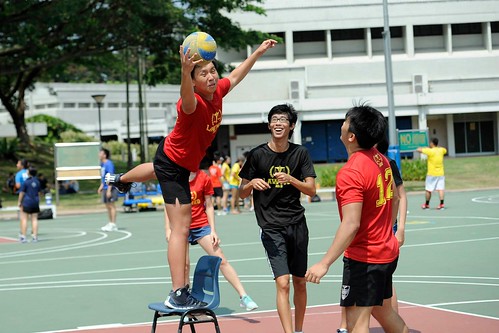 Ain’t no ball too wide. 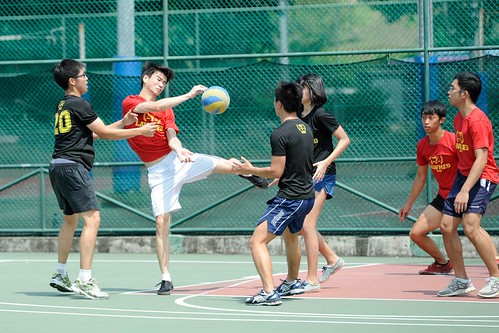 AND WE WON! The score was 3-3 and we technically had 3 more games to go, but the medicine team looked tired so we decided to give them a break. Besides, every Captain’s Baller worth his/her salt knows that in the event of a tie of a recreational Captain’s Ball competition, the tie would be broken by deciding which team fielded the prettiest girls. Our sources reported eavesdropping a concession by the medicine guys that law girls were indeed prettier. For once, we agree with our learned friends. 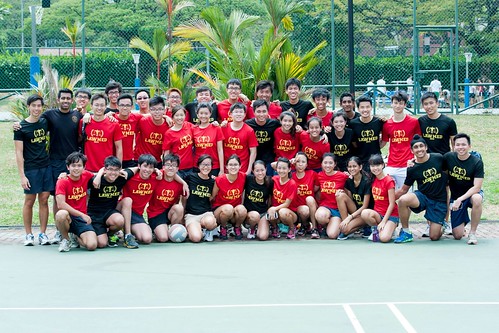 And so, friendships are forged, the old rivalry put aside, Law and Med live happily ever after. Or do they? 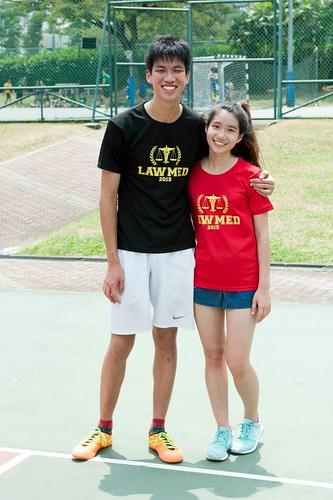 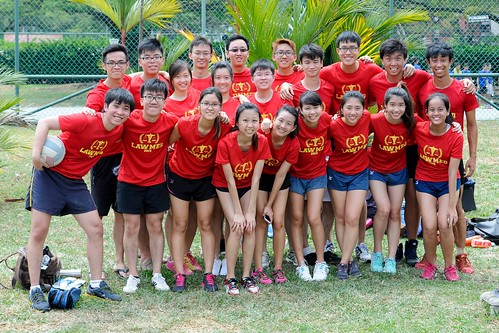 VICTORIOUS IN WHAT MATTERS!

Article by: Leonard Chua, a Y1 who has sworn his allegiance to the pretty girls of law school, as evidenced from his turning down of a medicine girl in this photo. 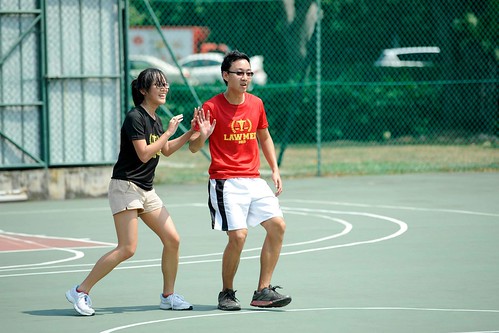