This year’s LawMed netball was a thrilling affair as we saw an amalgamation of sporting talents within the law team that was more than enough to put up a strong fight against powerhouse Medicine. The abundance of eye candies aside, spectators were treated to a high-level sporting competition between two insanely good teams.

This year’s competition was held at the netball court in King Edward’s VII Hall. Apparently, it was a damn ulu place and our girls had to ask for directions, climb a million flights of stairs, and walk along a labyrinth of corridors to find the courts. Notwithstanding that, mosquitoes feasted on our poor netball girls and sought to drain them of their vital energies before the start of the match. As they finally reached the court, our already-shagged-girls had to do a lot of heavy lifting to get football nets and the structures attached to the basketball net out of the way (It took 10 girls to move one with a stuck wheel). It took even more out of our girls but it was nice to see a LawMed collaborative effort here.

Despite the pre-game saga, our netball girls pressed on with their warm-ups. Fielding an exceptionally strong team this year, our girls were nonetheless humble to only want to do their best and have fun and avoid a repeat of IFG (in which Med thoroughly embarrassed us and their defensive third stood there with their hands behind their backs for at least half the game because the ball never got there. Which is, you know, pretty rude)

Lets take a look at the respective teams: 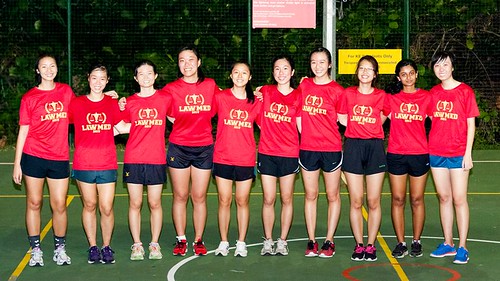 Law: Our humble assortment of talents. 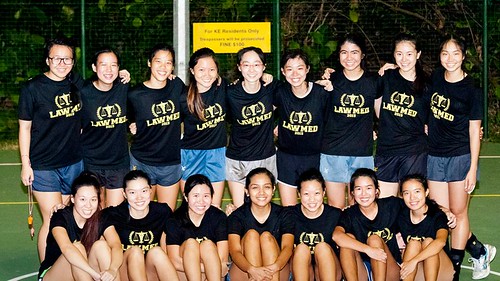 Medicine: That’s almost twice the size of the law team. In the words of center Siu Ming: “they just keep spawning.”

Medicine certainly had the strength in numbers. In fact, they were large enough to substitute in an entirely new team every other quarter. But our netball girls were not letting that get to them. With a final team cheer, our girls went into the match high on morale. 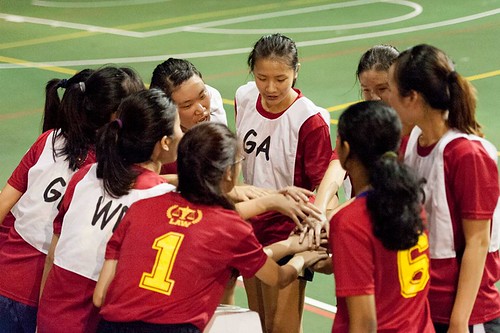 Rallying each other on.

Team Med started the game on fire while Team law eased into the game. Our girls created some incredibly good chances but didn’t manage to convert. Some rebounds could have been snatched by them but Med’s Goal shooter (GS) and Goal Attacker (GA) were not boxed out enough. Med’s girls were clearly on form as they managed to score goals after goals. 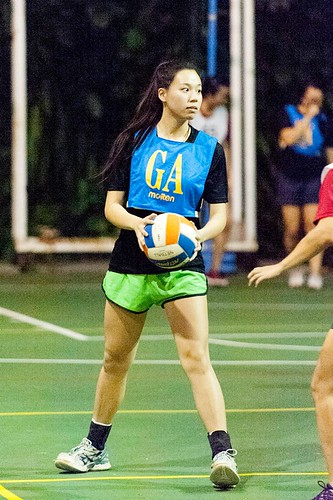 Just look at those thigh muscles.

In what was a close quarter, our girls brought out the much-needed veracity to keep the score line close. Jaime (GA, Y4) and Mei Shuen (GS, Y1) created a lot of opportunities for the team. Joy (Wing Attacker, Y2) was super fast and found lots of good spaces. Med’s Wing Defender (WD) clearly could not keep up with her. Natalie (Centre, Y4) capitalized on her agility and got some great interceptions and created many chances for the team. Liting (GD, Y3) contributed with her deathly stare that effectively faltered Med’s shooters and prevented them from scoring. 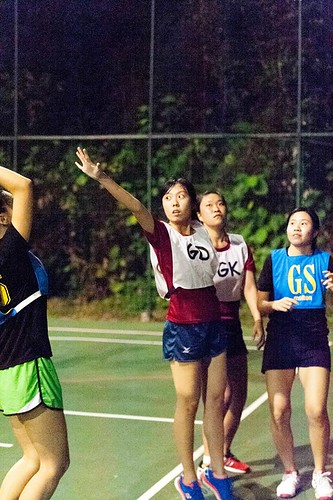 “Don’t even think of getting the ball past me” *stares*

Med’s GA was substituted by Y1 law student Chris Hwang’s sister, and she played really well, being able to shoot from a distance as long as her hair (?!) with insane accuracy. Still, our very own Swathi (GD, Y2) was fast and assertive, getting some great interceptions which slowed down Med’s dominance on the court. Nonetheless, Med was more accurate and capitalised on their opportunities more than us this quarter.

In an epic finale, both teams put up a brilliant performance and fought a tough battle. This quarter was really neck-to-neck and all the player-to-player duels were intense and aggressive. It felt like a lot was at stake. Players would groan when they lost the ball, couldn’t convert, or made bad passes. Assertive shouting like “YOURS! THAT WAS YOURS!”, “BOX HER OUT!” and “WATCH FOR REBOUND!” flew across the court.

Please refer to the pictures for a glimpse of the seriously epic match: 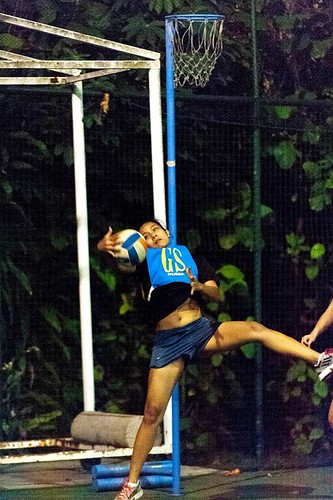 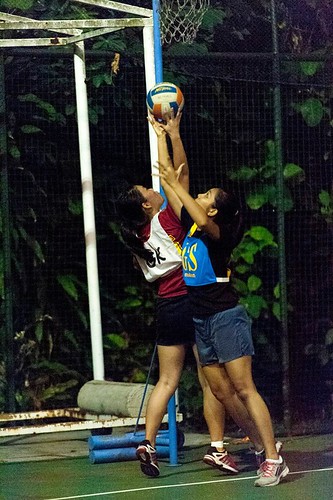 “We fight for the ball!” 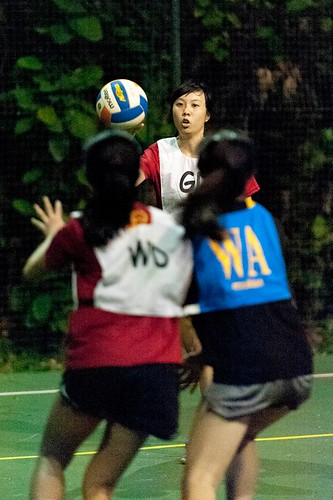 As the sound of the whistle signals the end of a match, the girls shook hands and took many photos. Team Law put up a fantastic performance (don’t let the score fool you; that was some really exciting netball match to watch!) With experience under their belt, our girls will definitely come back stronger and better next year. 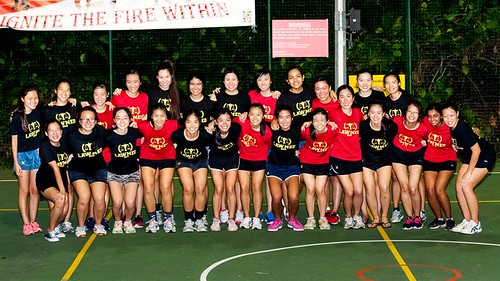 Writer’s note: This article would not be possible without the contributions of on-court player Siu Ming.