We came, we saw, we conquered.

Friday the 13th, February 2015 was a normal day for many. However, it will go down in the hearts of the Medicine students as a day the fear of the Law Reversi team was carved into their very souls. 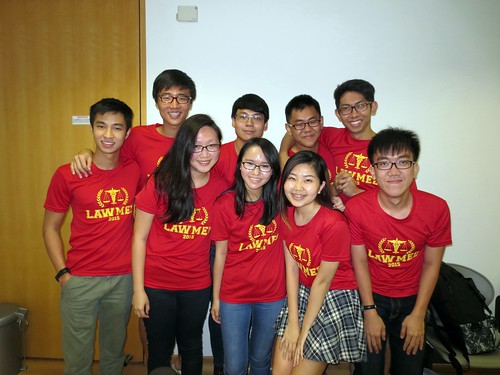 Team Medicine journeyed down via the BTC Shuttle from Mainland NUS to the BTC Campus in hopes that they could ride on the coattails of the successes of their other LawMed games (sidenote: Law was placed higher than Med at Reversi IFG 2014). Alas, it was not to be for our dear newly-made Medicine friends, as Team Law Reversi gave them a taste of humble pie.

The night started off with friendly banter, with the Law students cordially and earnestly accommodating our guests (who were late by a full hour). The objective of LawMed was, after all, to promote friendship between both faculties, and it was off to a good start. However, the wolves quickly shed their sheep’s clothing, and took us by surprise in the opening round, where they swiftly and mercilessly snapped up the first round (4-2 to Medicine). 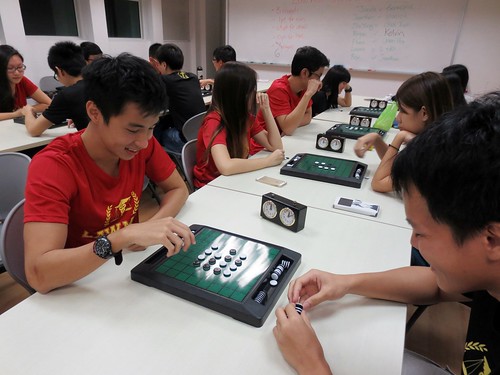 We were shocked. How could our newly made friends so easily desert our friendship, shouting and cheering as they won the first round? It was disturbing how they could become so competitive in just a blink of an eye. Their friendly faÃ§ade faded. The games have just begun. 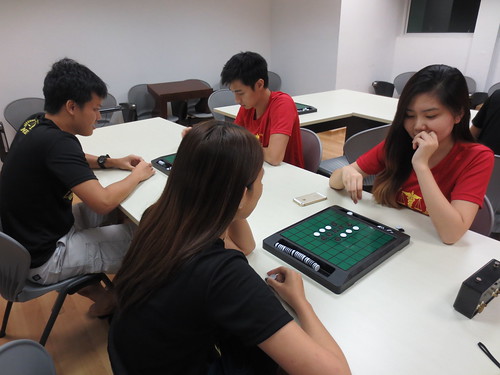 Janelle (Y1) thinking hard for her next move, Zhi Ying (Y2) concentrating on the game

Team Law fought hard and won the second round with a score of 4-2, with Janelle, Zhi Ying, Bryan and Benjamin winning their matches. To spare readers from the redundant details, it suffices to say that Team Law gave them a dose of their own Medicine by “reversi-ng” the bleak situation. 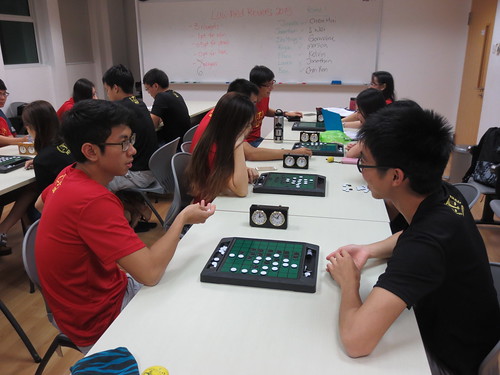 With the score tied at 6-6, it all boiled down to the last round. Meanwhile, as the matches went on, the Law guys shared our NS experiences as the Medicine girls were dying to hear them (to the uninitiated, most male Medicine students didn’t really serve the entire 2-year NS period before entering NUS so that explains the lack of BMT/outfield/overseas exercise/OCS/SCS stories). 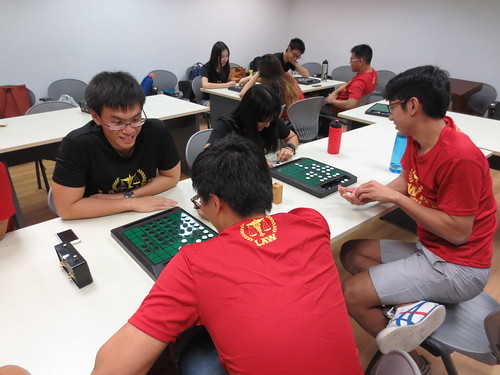 While six matches each were played for the first two rounds, five matches were played for the last round so as to prevent a tie (hint #throwback to LawMed 2014 where both Law and Medicine came in joint-first for a competition with two teams because there was an even number of sports).

With Flora (Year 3, winner of AY2012/2013 Yong Heng Kin Prize in Law of Contract), Bryan and Jonathan (both Year 1s, potential Contract Law Prize Winners) winning their respective matches, Law secured the third round and the eventual winner (3-2 to Law). 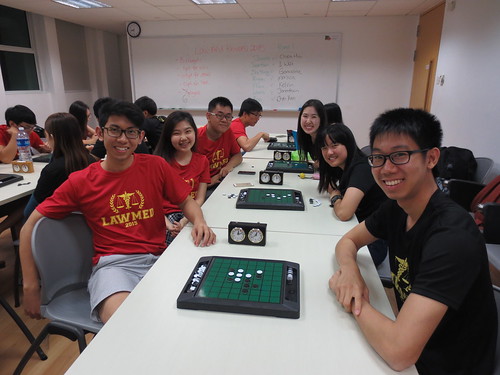 Whilst that was good news, it saddened the Law Reversi team that Reversi was not a competitive sport for LawMed 2015. However, as the primary and sole goal was of course to befriend our Medicine counterparts, it didn’t really matter that our decisive and convincing victory over Medicine had no effect on the eventual LawMed tally. Jokes aside, it was a fun and interactive session as we got to put aside Gary Chan, Mindy Chen, Tan & Thio, Pearce, Stevens & Barr for a few hours to engage in intellectual stimulation of a different kind and to forge new friendships. 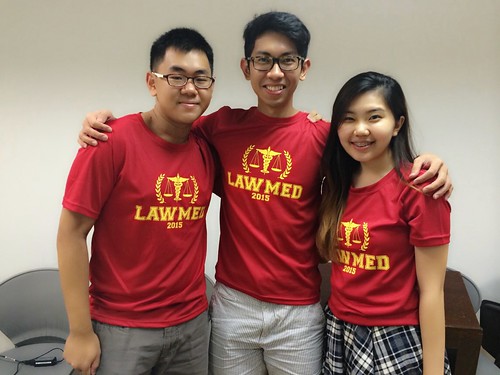 Here are some snippets of the post-match interview with our fresh-faced year 1s:

“It was fun playing [against] the Med students. However I was taken aback when one of them suddenly shouted that all medicine people hated law students. Other than that, they are really nice people and it was enjoyable being crowned Reversi Champions.” – Jonathan Teo

“It’s a little hard to remember that LAWmed Reversi (editor’s note: LawMed is actually the official name of the competition but LAWmed works fine as well) is a non-competitive sport amidst the intensity of the games where we eventually TOOK THE TROPHY HOME. It was really nice meeting the med people though.” – Janelle Ng

“Being new to the Reversi scene, it was really shocking for me when our Medicine counterparts literally screamed at our faces when they were about to win a match. It was a tad distasteful, given that sportsmanship should always be a key area of the game. However, it was a good experience overall.” – Bryan Seah