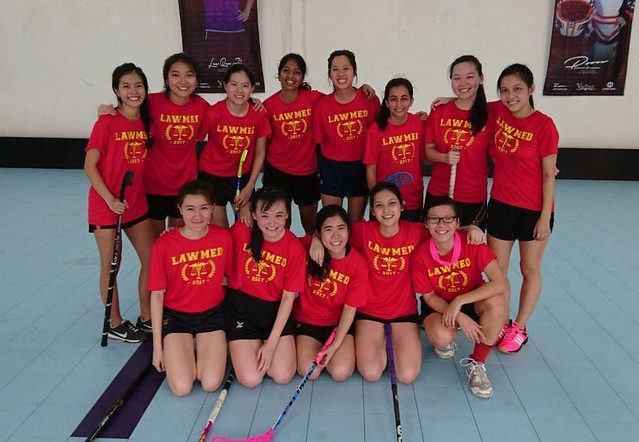 It was a scorching Saturday morning during recess week when the women’s floorball team gathered at Valhall to face off against their rivals from Medicine. Some dedicated members of the team had even come from an earlier Lawmed match, but still tirelessly warmed up before the floorball game.

Both sides were eager to prove themselves as they started the match enthusiastically. 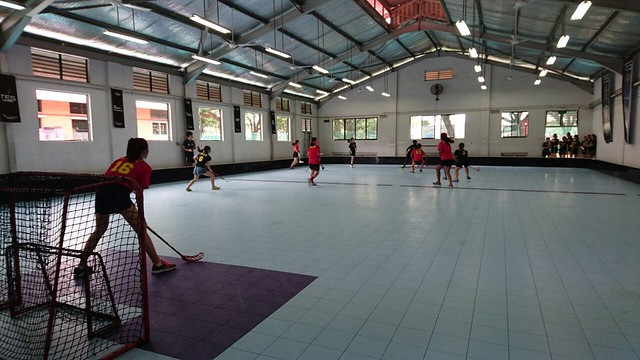 Taking a shot at Medicine’s goal

The game became more heated as both sides warmed up. Given the small area of the court, possession changed very quickly and both sides fired relentless shots on each other’s goals, only for to be blocked. There was never a calm moment for the spectators (i.e. the remaining players not on court), who cheered the players on relentlessly. 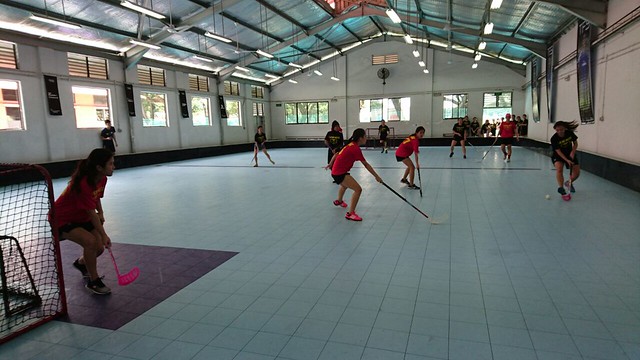 Preparing to block a shot from a Medicine player

Despite several stunning saves by our defenders, our team conceded the first goal of the match. Nevertheless, we were not discouraged and pressed on to try and level the score. Unfortunately, Medicine doubled their lead and the first half ended 0-2.

A half-time pep talk to reaffirm our strategy (fondly referred to as “3 tries 1 dollar”) gave us more motivation to continue fighting during the second half. Although Medicine scored another goal, our numerous attempts finally bore fruit when one of Shannon’s (Year 4) shots finally landed in the Medicine goal. 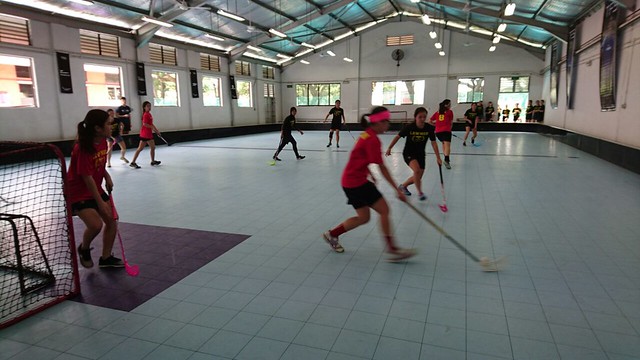 Shannon moving faster than the camera could capture

Another chance to close the gap came when Medicine committed a handball when blocking one of our shots on goal, although there was some dispute over whether there was indeed a foul, and if so, how the penalty should be taken. Despite the furore, the penalty was awarded and taken, although we unfortunately failed to score. But we continued to press on, sending multiple shots in the direction of Medicine’s goal. 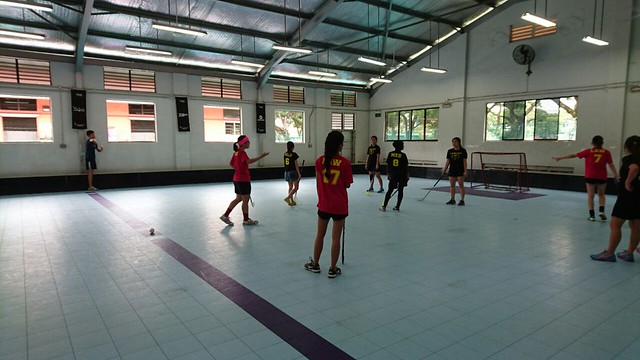 A penalty with a wall?

Barely a minute or two later, we were awarded another penalty when there was yet another handball by the other side. However, it was not to be; we did not manage to capitalise on it. Nevertheless, we fought hard and gave it our all with only a few minutes left on the clock. Even though Medicine still managed to score another goal, our perseverance paid off when Shannon scored yet another goal, bringing the final score to 2-4, in favour of Medicine.

In the end, although we lost the game, we fought valiantly and never gave up despite being at a disadvantage. We kept to the strategy and gave it our all, pushing the opponents and giving them a tough challenge. Furthermore, the opportunity to compete against Medicine was a valuable one and also speaks of the strong friendship between the two faculties. Overall, it was a good break from an otherwise uneventful recess week for many. 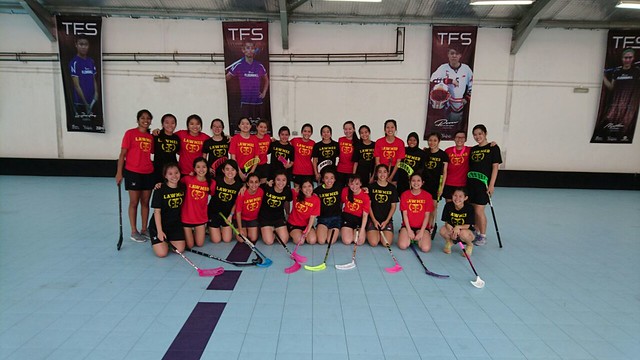 A photo with the Medicine team!