The rays of the sun broke through the skies after what was a rainy morning (presumably, since the ground was moist to the touch and the seats had mini water puddles on them).

Under the glare of the hot sun, the Women’s Handball match took place at the courts near university hall: 7 individuals from Law and Med respectively faced off one another in what was to be a tough and arduous match. 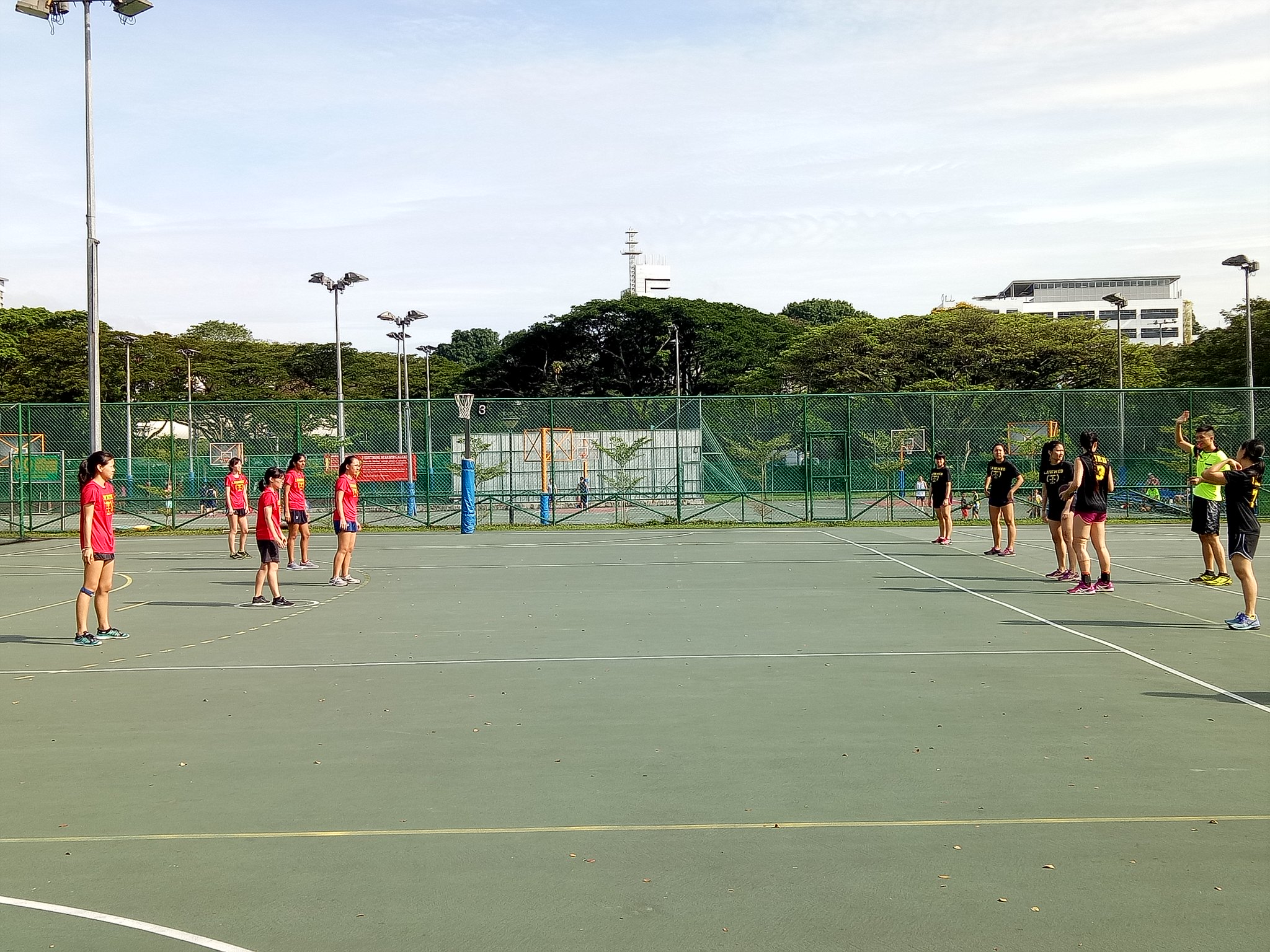 The two teams getting ready for the match.

Despite multiple attempts on both sides, both teams were evenly matched in strength and skill, resulting in a tough struggle where neither side managed to score points. 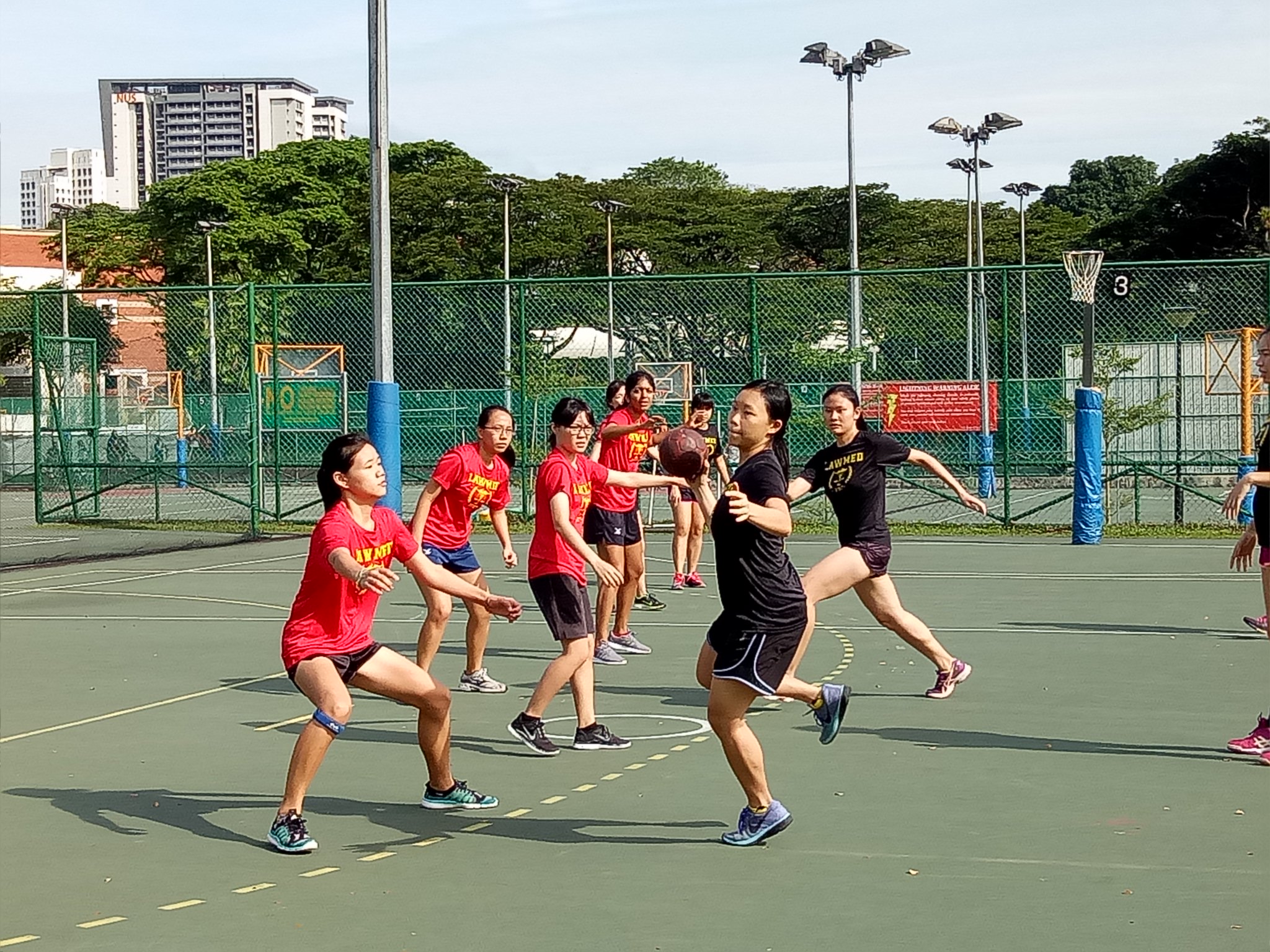 Joelle defending against the opponent’s attacks.

The ball alternated from one side of the court to another (rinse and repeat n times), till the referee blew his whistle and ended the first half of the match, allowing both teams time to rest, hydrate and rethink their strategies. 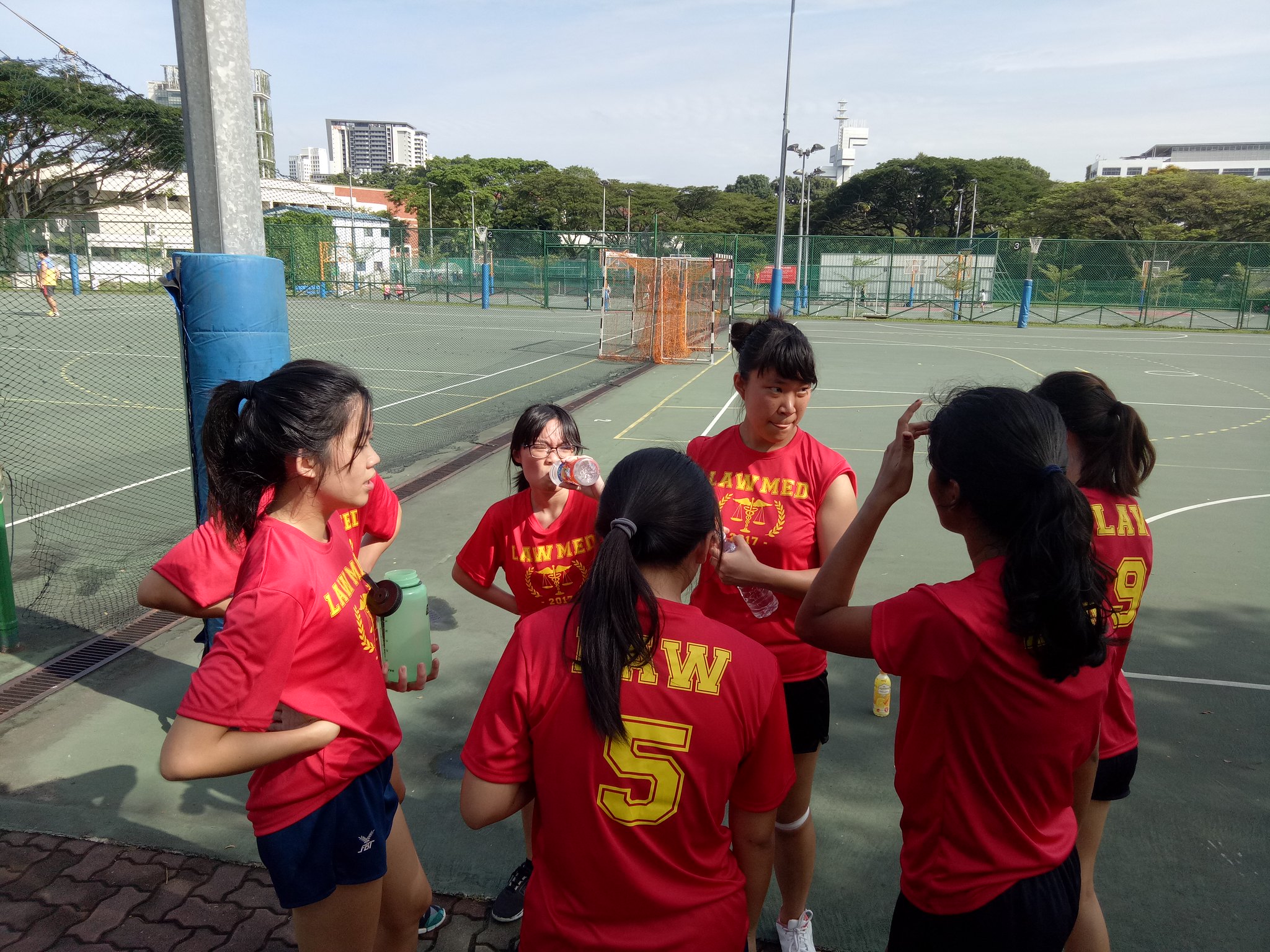 Again, this was another closely fought battle. 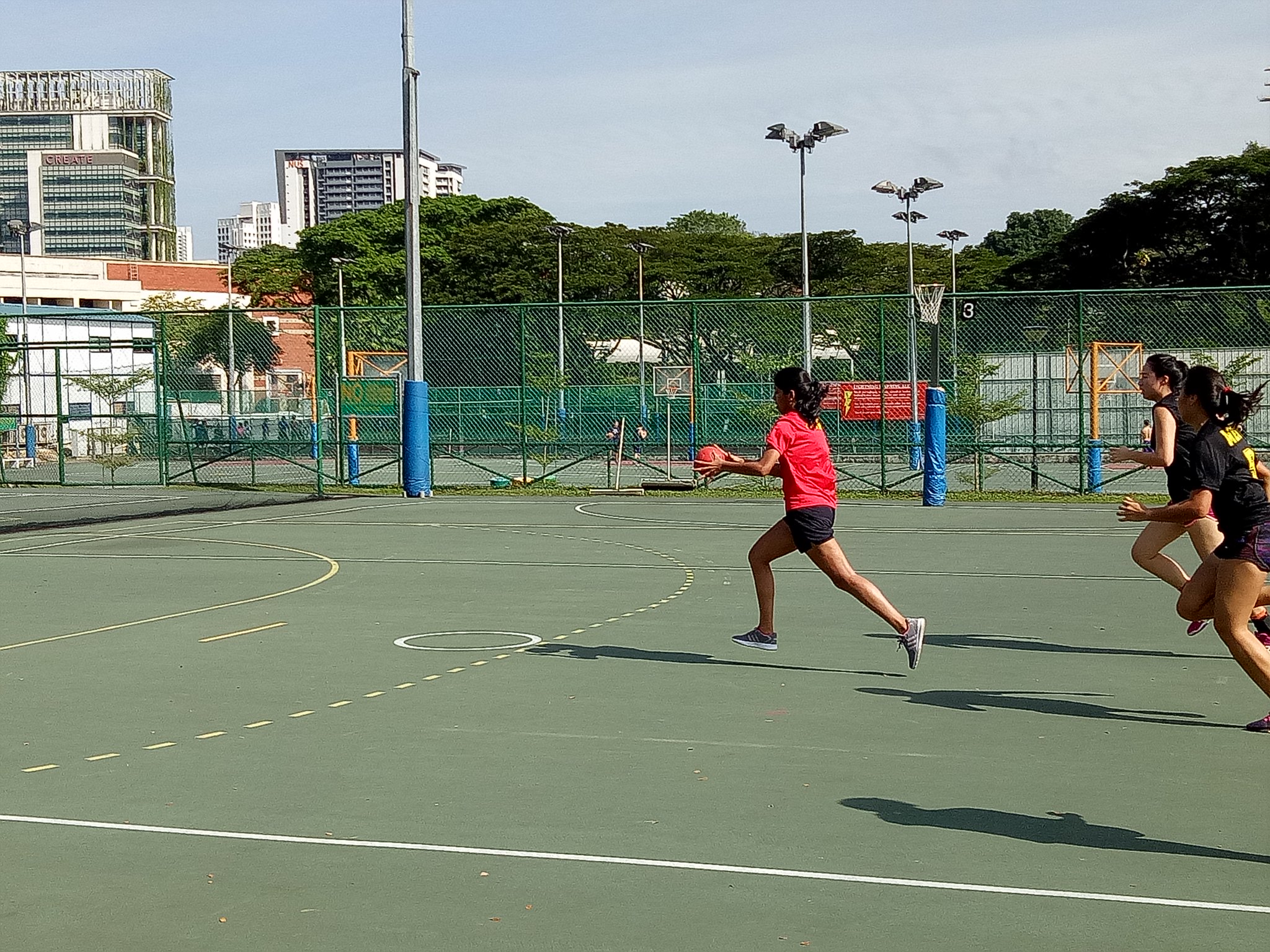 Sumedha going for a direct run to the goal with Med players trying to catch up. 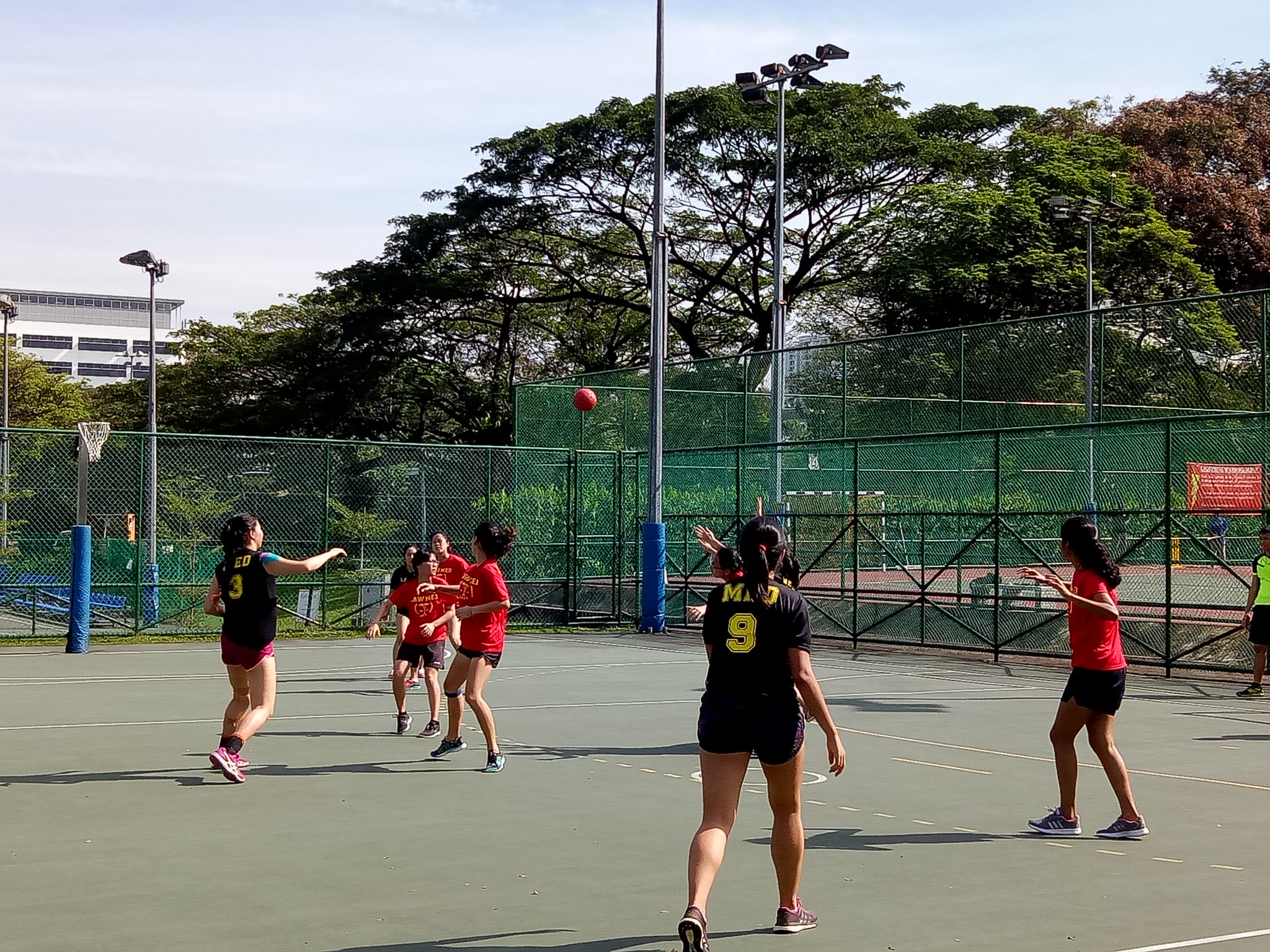 The coveted ball in the air, all eyes on it.

Although the Law team put up a good fight, the Med team managed to score a goal. There was a timeout nearing the end of the second half, where both teams once again recalibrated their game strategy. However, the match eventually ended with a slim score of 0:1.

But of course, showcasing good sportsmanship, the Law team ended with cheers for the Med team and the referees. The Med team reciprocated, ending it off on a very positive note for all the players. 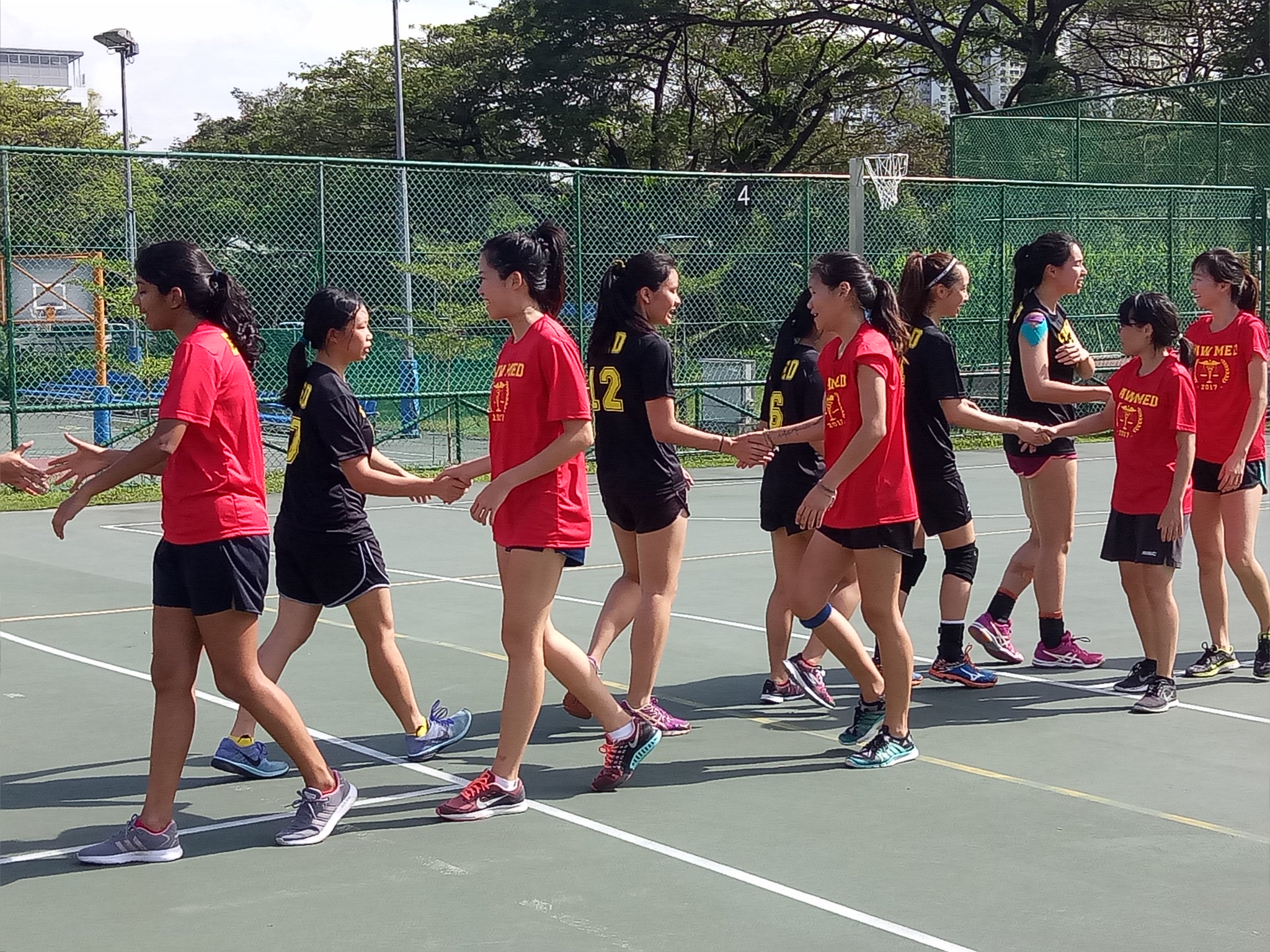 Shaking hands with the opponents after the match, thanking one another for a great game played. 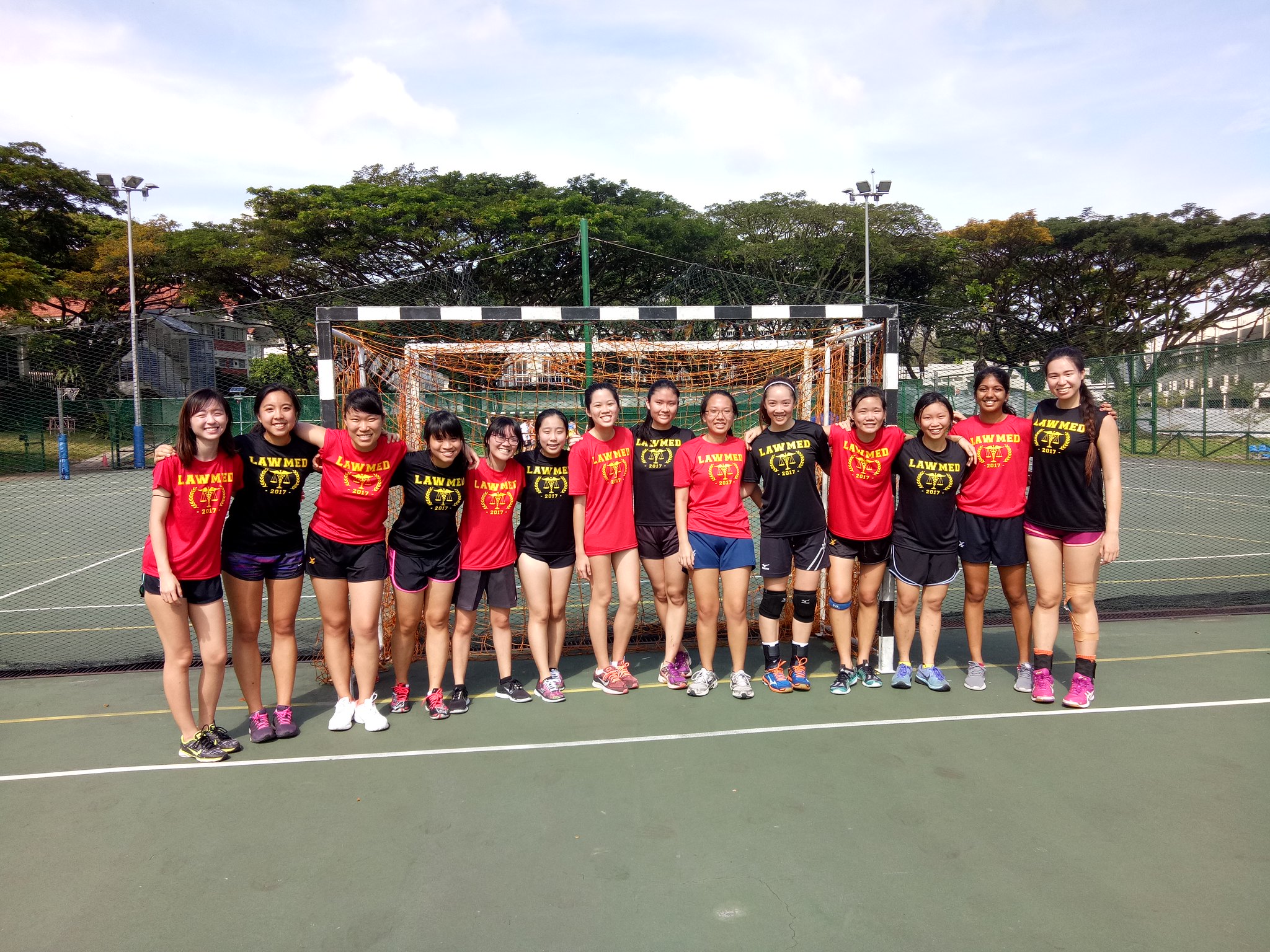 Look at the camera, and say NUS!

And of course, here is a photo of our beloved Law team, who have fostered friendship bonds with each other to be cherished in the many years to come. 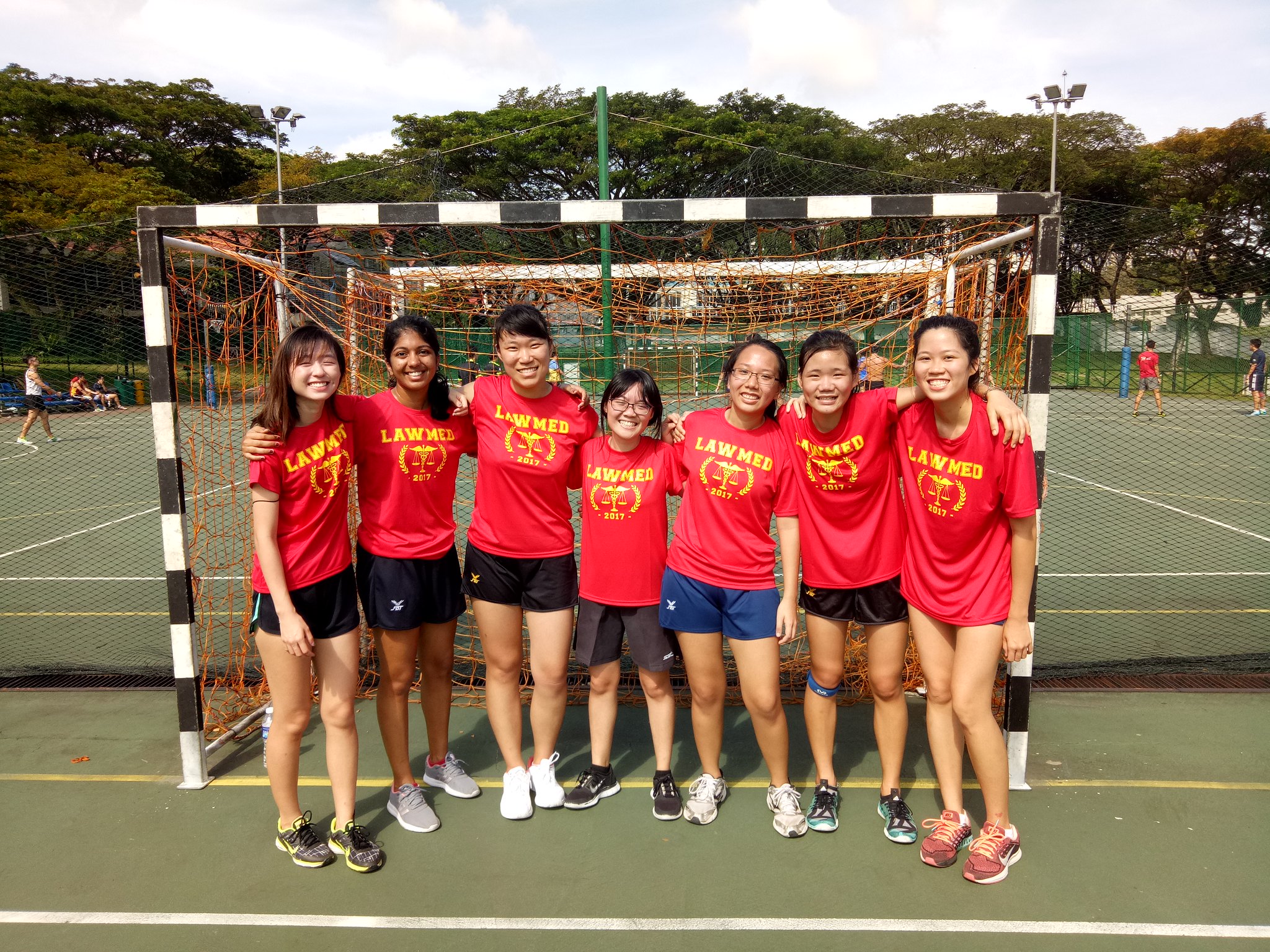