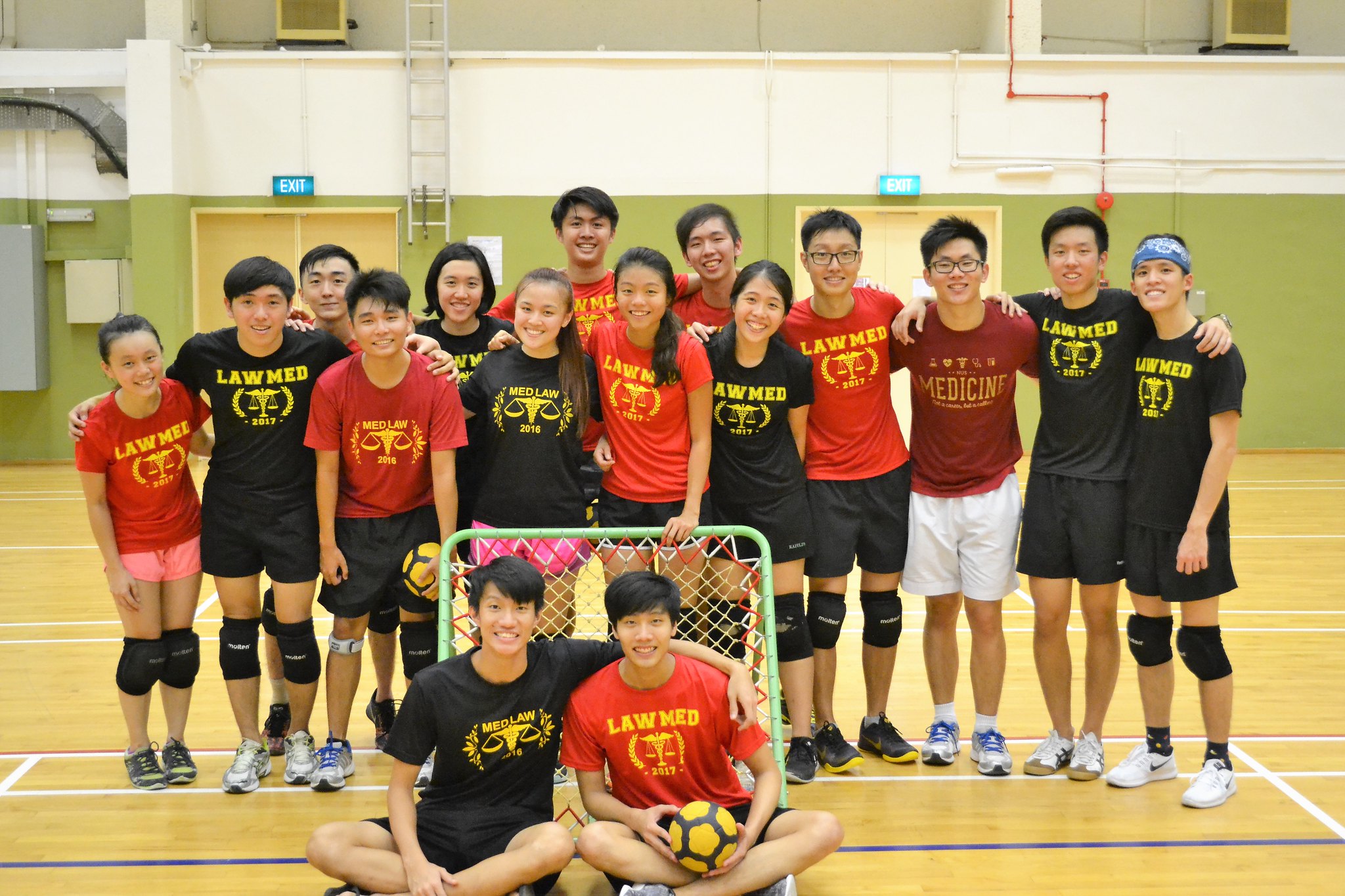 As of time of writing, I have become possibly the only person in the history of NUS Law to have ever attended two consecutive Tchoukball competitions. In light of this revelation, I hereby declare that I have become, consequently, the number one fan of Tchoukball in the Faculty of Law, for now and possibly forever. And as a member of the interest group which ranks first in terms of enthusiasm for the sport in which you throw a small spherical object with much force into a diagonal, and considerably larger, reinforced steel net which measures one square metre in the hopes that your opponents playing for the other team fail to catch it within a semi-circular D-shaped forbidden zone measuring three metres in radius on either side of the court, I am glad to say that today’s game was as exhilarating as any of the other games played in our Tchoukball team’s history. 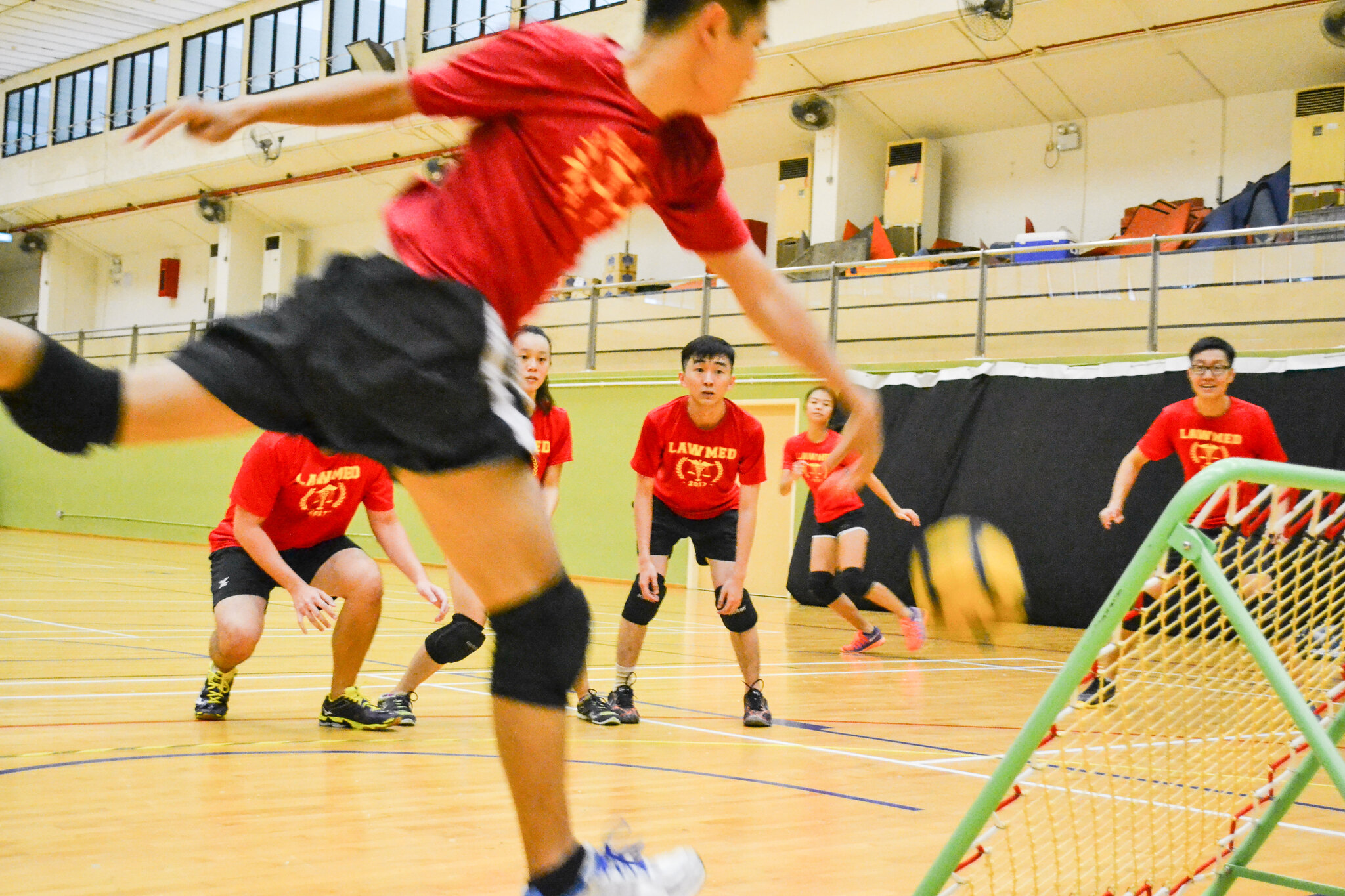 Although today’s game was meant to be friendly and non-competitive, the two teams still gave it their all, facing off in two bouts with exceptional displays of athletics, strategy and hand-eye coordination. The two teams also tried their best to be as photogenic as possible, to quote captain Chuan Ri: “Better make sure the photos are Instagrammable arh [sic]”. However, despite my best efforts, I was unable to capture the best sides of the players in their full glory, but that’s why I’m in Law and not Photography. That being said, many photos were taken of the warmup process in the quest for better photos and as requested, the unglam photos have mostly been omitted. Unfortunately, this comprises most of the photos. 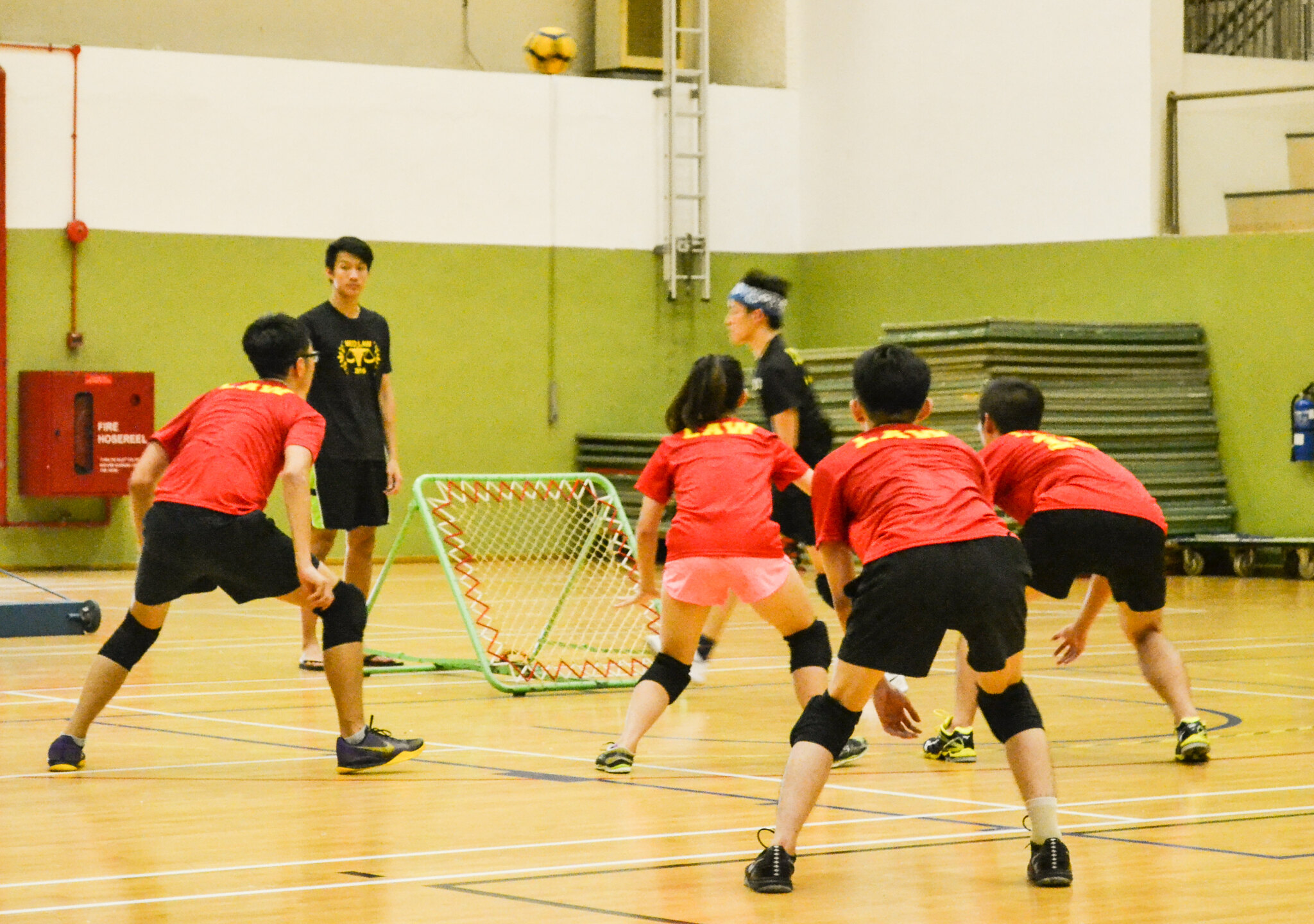 In the first match, probably no-one in the court really expected Law to win, or at least come close, given that we were unfortunately placed second-last during IFG. We were clearly the underdogs in this matchup with our doctor friends. However, that was still an improvement from yesteryear, so perhaps this small comfort lent our players much support and motivation. From what I could tell, the game was far more even than the onslaught that was IFG, with both sides visibly having some amount of fun. 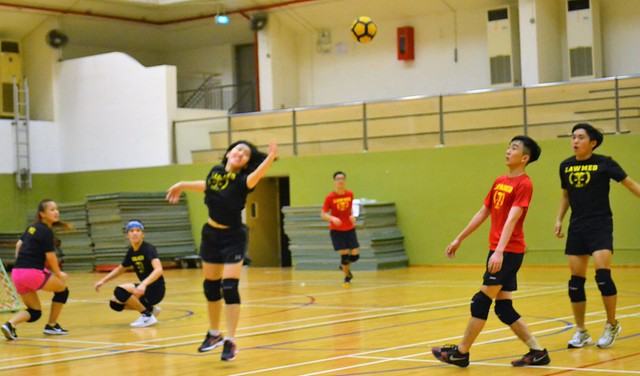 For the second match, the two teams decided to literally mix it up by having the players swap places. This had a marked effect on the quality of the match, as I was no longer sure who was playing for which side and who was scoring for whom. Fun fact: did you know that Tchoukball was conceived as a warmup exercise for handball players? Just saying, because highlights of the match include a frame-to-frame volley of scoring attempts, with the ball flying across the court as though we were watching a match between 18 Karch Kirvalys and Misty Mays. It was as though it was a professional volleyball match instead with all the high-flying shots and spikes. 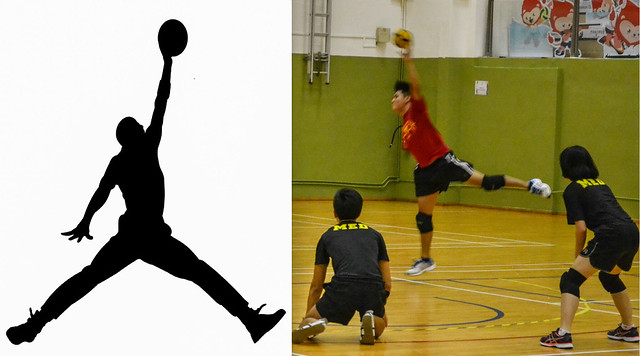 At the end of the day, maybe it isn’t quite as important who won, because we’re all winners. I mean, literally, since no-one seemed to keep score. Not to mention, even I got a free Law-Med shirt just for coming down, so I guess I’m a winner too. I guess the true winner of the match was future captain Yong Li, for scoring a Med shirt from the Med team. Regardless, the game served as a great opportunity for the players from both Law and Med to better know each other, as well as an excellent stress reliever for those who have made much progress in their memorials. For the rest, I humbly pray that they finish on time. 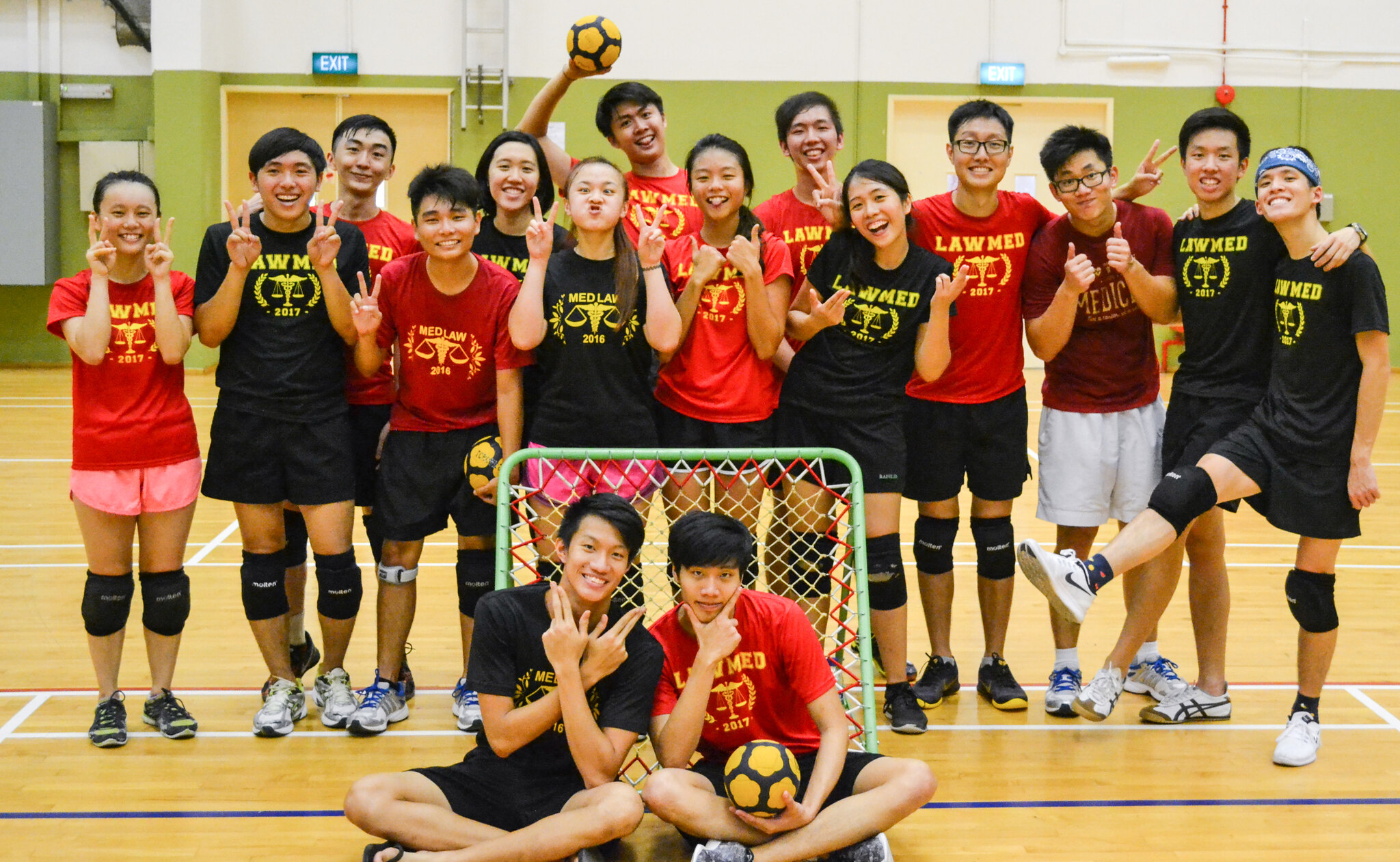