Once upon a time, I naively thought that basketball meant “ooh, assault” and “ooh, battery”. I stand corrected (as my Learned Friend whispered to me as I was wincing at a spectacular fall of one of the players, “You know that there’s a reason why we don’t get basketball match related cases for torts, right?”). 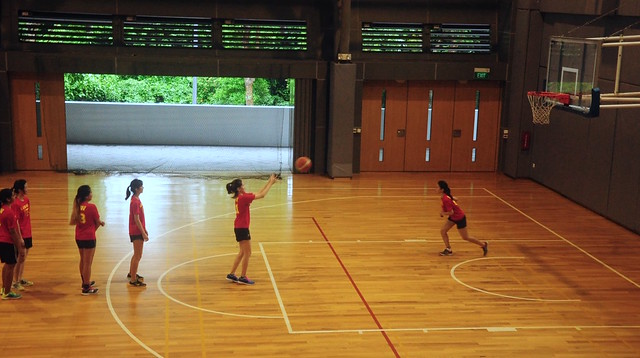 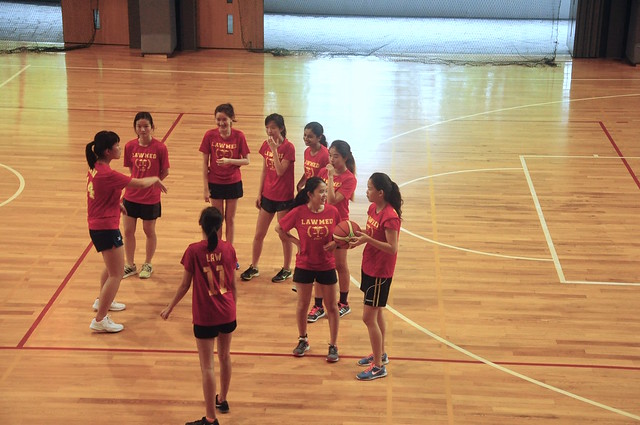 Strategizing — after all, you can’t go into a battle without a plan, can you? (I mean, technically you can, but it’s definitely not advised 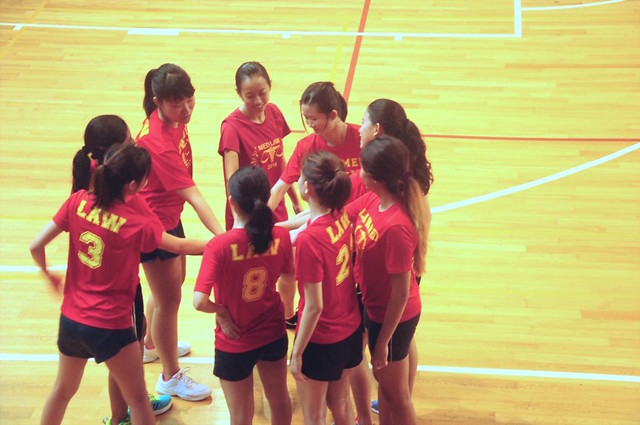 On 24 February 2017, the Law team put up a very strong fight against the Medicine Team in an exhilarating basketball showdown. With the squeaking of shoes against the wooden floors in UTown Sports Hall 2, combined with the occasional shouts of “pass it to me!” and “good try!” as background music, the team was pumped with astounding enthusiasm (so was I!)

The game began with Law scoring the very first goal and thus earning the cheers of exuberant spectators. However, our opponents soon gained momentum and caught up; surpassing our score as the minutes rolled by. 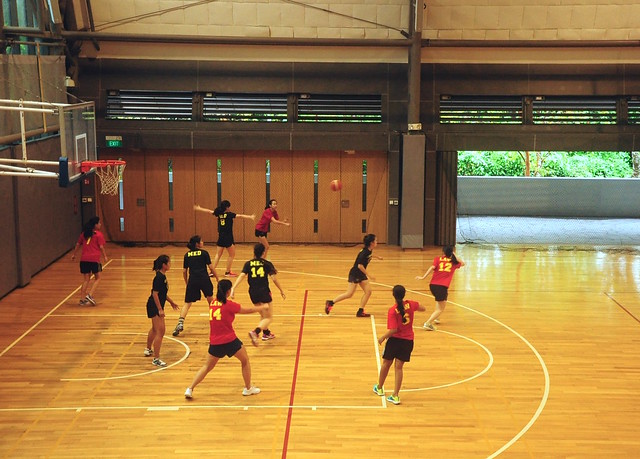 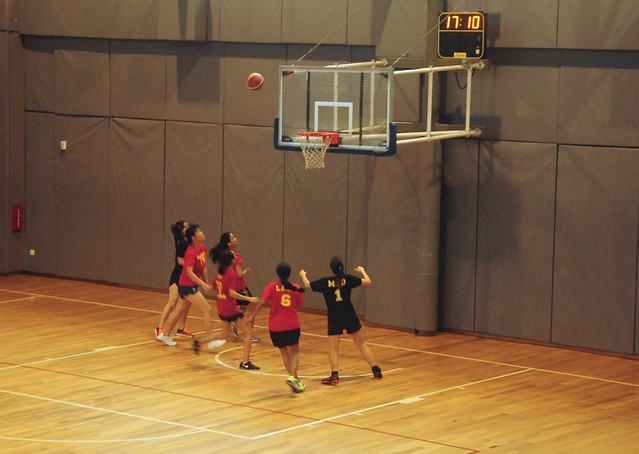 Humbly praying that the hoop would attract the ball

When the first half ended, Law was trailing behind by several points. However, do you just give up when you are left with merely 15 minutes to the end of your torts exam and you have 1 more essay to write? NO. In a similar vein, despite their exhaustion (the girls were all perspiring, panting and painfully aware of the lactic acid building up in their limbs), our players were determined to put up a good fight for the next half of the match.

Indeed, in the second half, the girls were presented with not just one, but two golden opportunities — a pair of two free-throws. Quick to seize the chance, Wan Ting (Y1) and Leanne (Y2) successfully scored points for the team, earning much well-deserved praise from the crowd and the team. 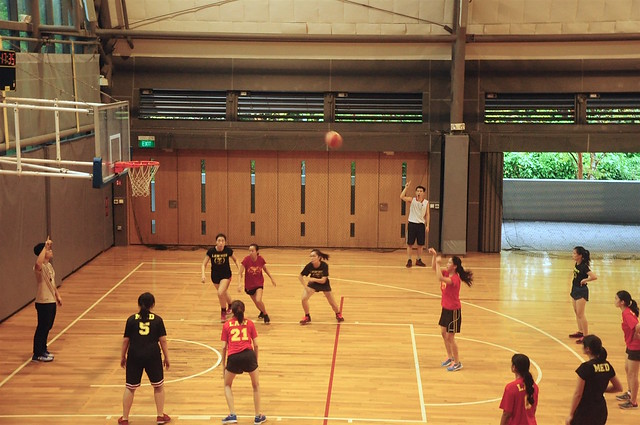 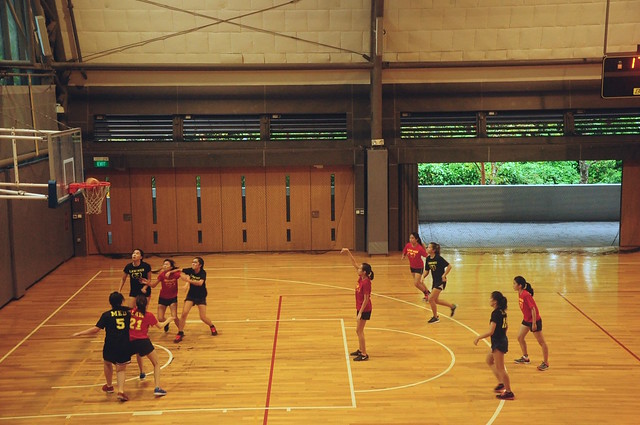 In the end, the score was 21-18, to Med. Nonetheless, the sportsmanship, dedication and persistence was highly admirable — hugging a basketball and rolling on the floor is, I admit, something that I will, and can, never do. Ultimately, it is the process that counts, and I am sure precious friendships have been forged in the midst of the girls’ blood, sweat and tears. Good job Law team, I guess now it’s time to hit the books again. 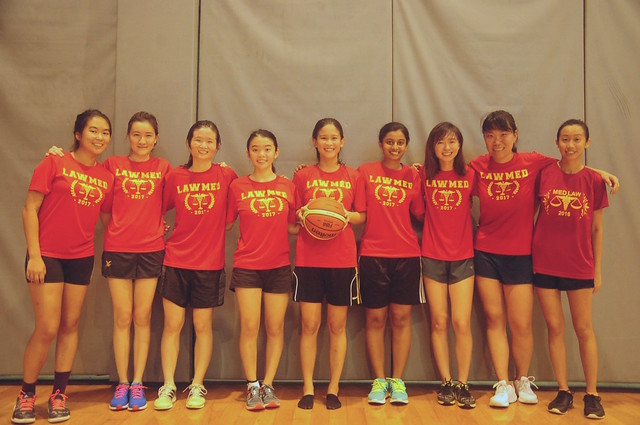