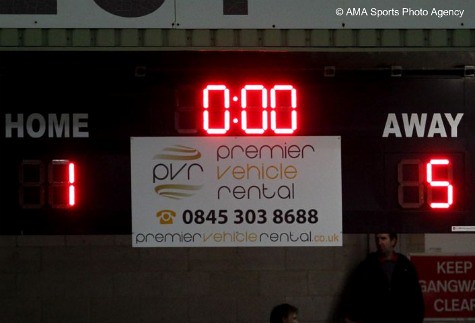 The scorlines from both matches this week. Image courtesy of www.shropshirestar.com

WEDNESDAY and Friday saw the newcomer Year 1s and SMU go up against the Year 4s and LKY School of Public Policy (LKY SPP) respectively. There was lots of action as both matches saw a total of 12 goals scored, 6 in each game. The score lines were similar – 5 goals for the more experienced Year 4s and LKY SPP and 1 goal for the Year 1s and SMU. Perhaps the teams were inspired by the recent Manchester Derby?

Slight showers before each game threatened to inundate the Upper Quad yet again, but while the rain dampened the field, it certainly did not dampen the spirits of the players! Next week will see the final fixture for this semester with the Year 2’s  taking on the team from NYU. Hopefully the goals will keep coming and win or lose, your teammates can count on your undying support! After all, all these matches are just our way of getting ourselves primed for next sem’s LAWmed games. We’ve got a trophy to defend and since we’re so familiar with the adversarial way of improving, let’s keep the standard of football high in the Soccer League!

For all those who came down to watch, thank you and we hope your thirst for good spectator football was satisfied! More goals to come for sure, so keep coming! 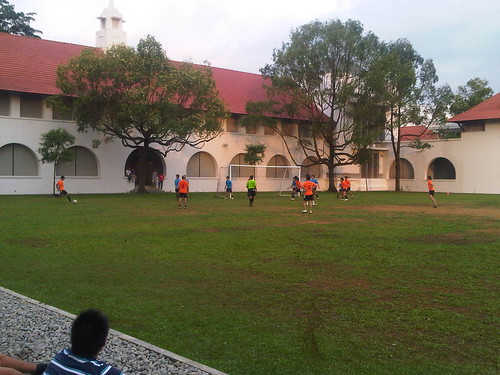 The Year 1 team making the most of their flanking attack

Match reports from the respective captains will be posted up soon!