This year, the Med-Law ultimate frisbee match saw our team out on the SRC field at 12pm on Saturday in the blisteringly hot sun (oh, the timing of the game was sheer bad luck, not at all due to a lack of organisation on the part of our kind hosts :p). The mixed team was led by none other than our Captain and Frisbee Grand Master, Wei Song (you can see his handsome face in an earlier post :D).

For those of my friends who still think frisbee is a game for dogs, here’s a quick breakdown: Ultimate is played 7-aside; the team with possession of the disc is on offense, and aims to score by passing the disc to a player within the opponent’s end zone, while the team on defense tries to prevent this (duh) and obtain possession instead. Or just come play with us to find out!

Back to the game! The teams seemed evenly matched for the first few points as Medicine scored the first, and Wei Song replied with a deep pass received by Jason to score the first point for our team (no, it’s not because I’m good, the Medicine player was just complacent. appreciate the compliments though). The score was eventually tied at 3-3 with things looking good for our side which had the deeper bench.

However, our team was somewhat thrown off balance by rather strong wind conditions and a zonal ‘cup’ defense employed by the Medicine team. Having been sheltered (no wind, get it?!) in our training by our benign giants Eu Tong Sen and Manasseh, we were caught unprepared and were unable to formulate a quick rebuttal (admittedly, uncharacteristic of lawyers huh). This led to a couple of turnovers which Medicine was able to capitalize on and pull ahead on the scoreboard. The half ended with the dismal score of Medicine 8-3 Law.

The team was also dismayed when Huan Yong aka VD sustained a pretty serious injury in epic fashion (torn meniscus, think he’s still on crutches at the moment. If you see him give him a pat on the back yeah).

My attempt to recapture that moment: 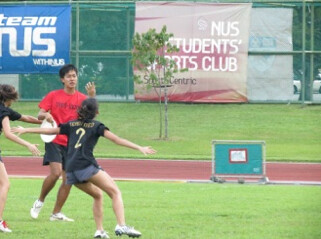 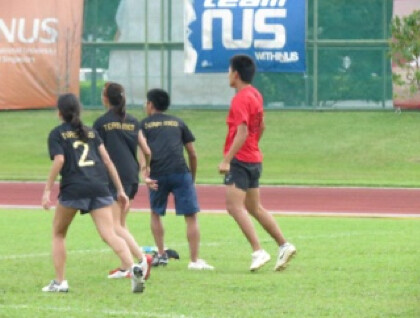 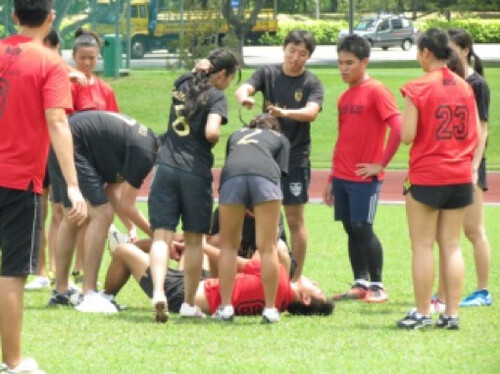 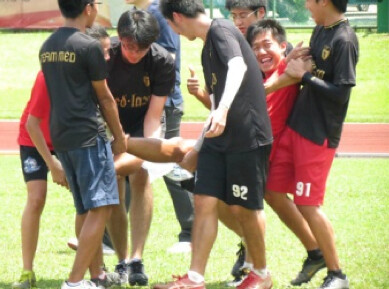 Being down by 5 points, the team was rather demoralized but we fought on. In the second half, we were able to adjust our strategy to overcome Medicine’s zonal defense and we made some good plays. However, we also made some unforced errors and were not able to catch up to Medicine’s lead. The match ended with the final score of Medicine 15-6 Law (first to 15 wins the match), and we were all like: 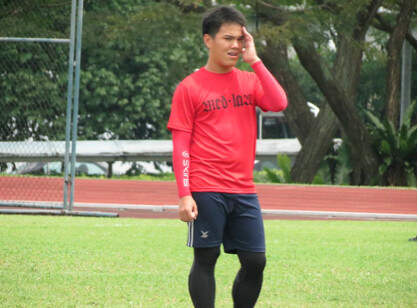 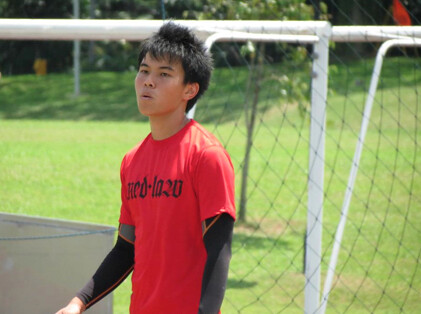 Disappointment etched on the faces of our ex-Sports Secs, Eddy & Yu Hang. Or wait maybe Eddy’s just covering his face from the sun(?)

While we’ve lost this time round, it’s only motivated us to train harder and become a better team. We’ll continue to play hard and come back stronger next year!

In the meantime, let’s all keep hoping for Law School’s very own Jeremy Lin to appear. 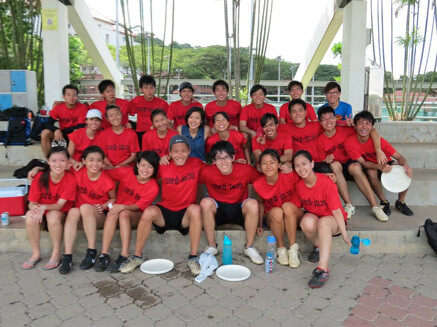 In particular, I’d like to thank Wei Song and Aggy for being our best players AND coaches, & everyone who’s been down for training, rain or shine, despite the rocky and treacherous condition of our dearly beloved Upper Quad (that place is seriously a geologist’s fantasy). Thanks also to the awesome people who made the trip down just to support us! Your presence was greatly appreciated!

Just a couple of highlights: 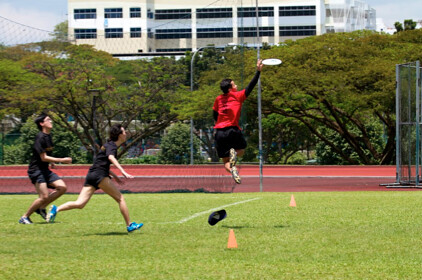 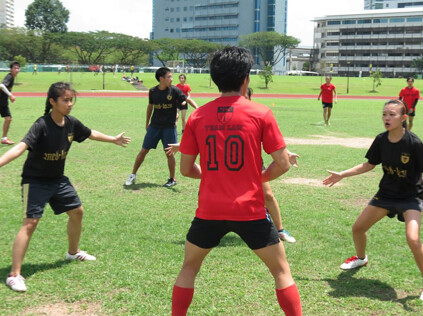 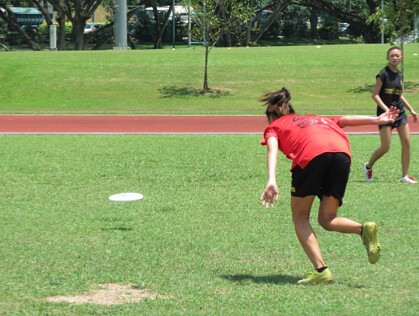 ... Not sure if Aggy actually dived for this?! 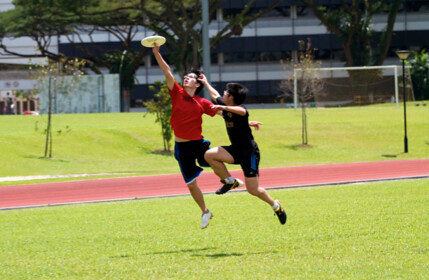 And of course, awesome Weisong being awesome