The Law Faculty basketball team arrived at the KRC court with much anticipation. The teams started to size each other up from the warm up and drills. But fellowship, not rivalry, was the game of the day.

And so we hoped.

The match started on the whistle, and the ferocity showed at once. Eugene, looking manly with his gauzed chin, got the ball rolling within seconds and fouled a medicine player. However, it was Tien Wei, our star player (Isaac might beg to differ), who drew first blood with a clinical layup.

Nonetheless, it was Isaac who showed that we came in good faith, not douchebaggery. He helped a fallen medicine player up just as the medicine team started their fast break. But it wasn’t the right time for such tender loving care, and he was immediately put right by fiery Teren, right in front of the medicine girls watching at the sidelines. Like a boss.

Medicine demonstrated their shooting capabilities with several three-pointers, while we made use of our commanding height to dominate in the paint. Then some incredulous shooting happened. Alvin was at the baseline when he suddenly found himself with the ball. Feeling tall and confident, he did a ridiculous turnaround jumper behind the board. The ball floated and followed through into the basket. Take that, medicine.

Medicine soon realized that Isaac, though gentlemanly and kind (coughs), was not to be trifled with. One simply does not get to layup without getting through that big guy, and the rugger sent a medicine guy flying and on his way to the treatment table with not one, but two magnificent (though unsuccessful) draw charges.

Things started to get heated up as medicine unsuccessfully tried to pull away from us. Timon took a palm on his nose as he tried to navigate around a guard and collapsed in pain. When a commando officer falls and stays on the ground, it has got to hurt. But like a true Chiongster, he picked himself up and went ahead with the offence.

The match drummed on, with Captain Tze Siong leading from the 3-point line, Kevin taking charge in the paint, Kenneth and Teck Ming distributing the ball outside, and Bing and Yi Zhang substituting in to keep the players on the court fresh.

Fatigue started to set in towards the end of the match and Teren started to get cramps in the calves. However, it was mind over body as he continued to dominate in the paint, much to the cheers of our supporters. We started some hard-core man-to-man defence, fighting all the way to equalize.

But time was not on our side. As medicine started to waste time by hogging the ball, Eugene showed his true self. He not only did some amazingly penetrative drives and jumpers when we had possession, but also started hugging any medicine guy who had possession of the ball. Just for professional fouls. No other intention.

The match that started with expectation of fuel-raged rivalry ended with handshakes and amiability. Teren was thankful for the assistance rendered by a medicine guy helping him out of the court when he cramped; and Isaac’s concern to his fallen opponent amidst the fog of battle, though ill timed, should also be commended. Despite the 42-37 defeat, we achieved our aim of exceeding our own expectations and giving our best till the final whistle.

Gutsy legendary runner Steve Prefointaine once said: “Somebody may beat me, but they are going to have to bleed to do it.” We made medicine bleed to beat us. Figuratively, of course. We are Law School gentlemen after all. 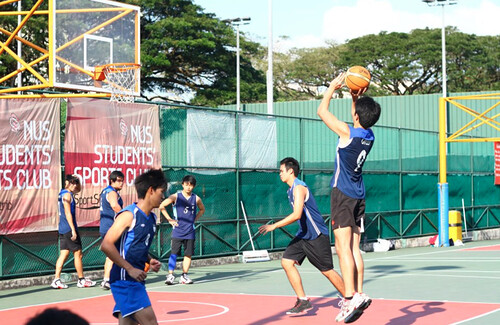 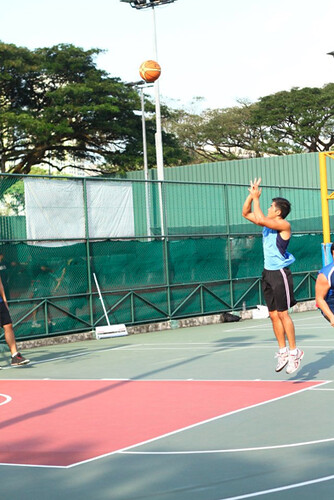 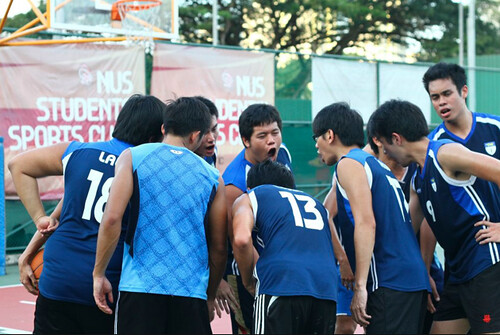 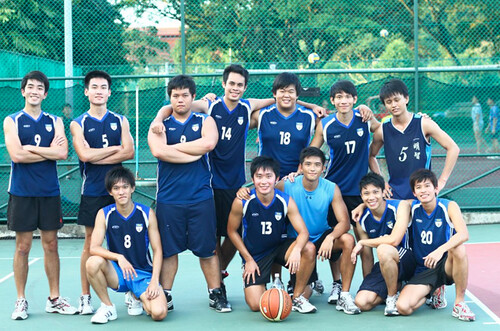