By Friday, it had become mathematically impossible for Team Law to win the Law-Med Games, with the score at 3 — 7 with only Men’s Soccer and Debates left. Nevertheless, the guys from our team were not about to go limp and give the Medicine players an easy time, as was apparent immediately at the kick-off.

Both teams went into the game fully intending to win, and the determination could be seen in the full-blooded tackles that went into every contest for the ball between the players. Tensions flew high, and the referee was certainly made to work for his money (though it is doubtful if he actually earned his keep with his shitty refereeing. Even the Medicine guys agree with us on this point).

Through the first-half, Medicine kept coming at us with a flurry of hopeful high-balls lobbed at our defence. Unfortunately for them, our well-drilled defensive line (who are also really big: Axel, Weifan, Aaron and Zenzel are all at least 1.8m tall) handled the aerial threats with ease. They did, however, manage to score one against us when a half-hearted attempt at goal unfortunately slipped through Angus’ fingers.

The team was disappointed to concede early, but we responded with speedy attacks down the wings, led by our wingers Hari Veluri and CK ‘Pika’ Chiu, who troubled the Medicine defense to no end. There were several chances to equalize, with shots on goal by Damian and Rasmus, but unfortunately we failed to capitalize on them, and the half ended with us trailing 0 — 1.

The second half started brightly for Team Law. Adopting a ‘press’ defence (where basically the whole team pushes up and pressures their players into making errors), we effectively confined Medicine to their own half of the field most of the time. With their defence struggling to clear their lines and our midfield (led by our Danish midfield maestro Rasmus) dominating play in the middle, we came close to equalizing on multiple occasions, most notably when Damian was sent clear on a one-on-one situation with the keeper.

Sadly, however, the referee decided he had to try to put a stop to Team Law’s dominance. Out of the blue, he awarded Team Medicine a penalty and sent Aaron off for what looked like just some light jostling for the ball between him and one Medicine player in the penalty area. (p.s. till now nobody really understands the decision. As one player put it: “ Very soft penalty, *censored* ridiculous red card) It is quite funny, because even in the changing room after the game, some of the Med guys and us were still trying to work out who was fouled and why the referee gave the penalty.

0 — 2 to Medicine, but Team Law didn’t give up. In fact, the team was even more fired-up after the ridiculous decision by the referee and played with even more energy and determination. We came close twice even in the dying minutes: one cracker of a shot by Hari, which smashed into the cross bar (and some say crossed the goal-line) before bouncing clear, and another shot by Rasmus that seemed bound for the top right corner of the goal before being pushed clear by a delightful fingertip save by the Medicine goalkeeper.

Alas, however, the final whistle was blown and we failed to repeat last year’s success (where we came back from behind to win 3-2) despite our best efforts. The team would like to thank our wonderful friends who took time off their schedules to come down and support us. We certainly appreciated the entertaining chants (with Khong Guan biscuit tins)! Hopefully we’ll come back with a victory next year! 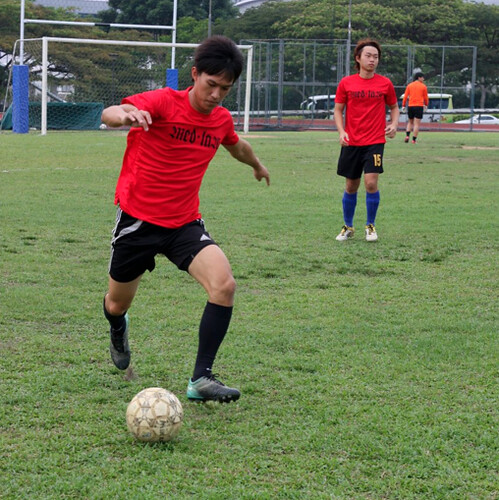 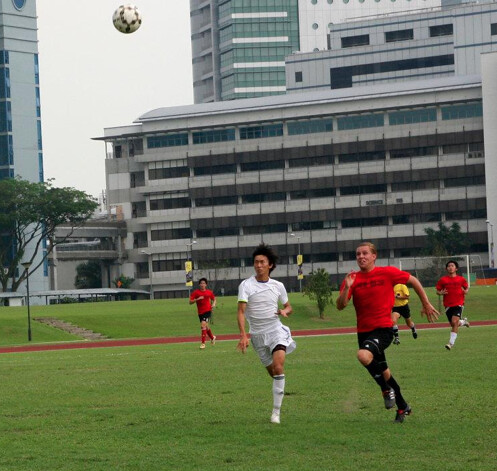 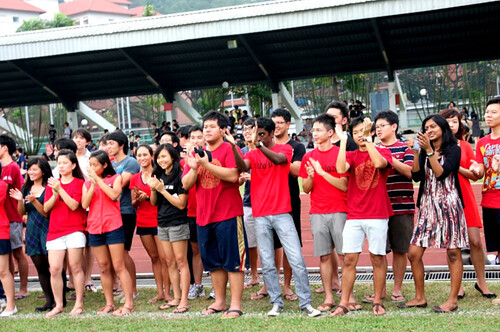 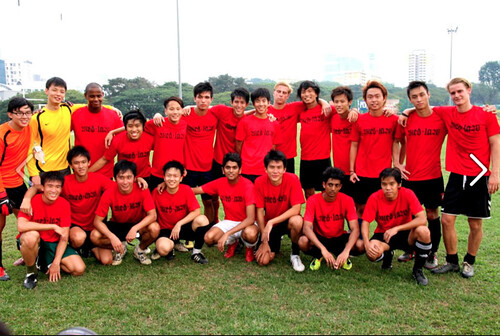