After too many administrative problems over the weekend + a Medicine side that could definitely be more cooperative and understanding + some attempts by Medicine to trick us into a mode of play that was disadvantageous to us + a game date that was only finalized at the last minute + too many teammates that had lessons which coincided with the game time + insufficient subs….the Floorball girls trudged down to KRC hoping that after all the wrongs, something would finally be put right.

It was an action packed first half. Despite our last man Priyanka Chandrasekar’s (Year 2) efforts to block all shots headed towards the goal, Medicine managed to sneak in a very tyco shot at the side of the goal. Our defence had to put up a tough fight as Medicine mercilessly sought to attack at any given opportunity. Light-footed Soo Bei Han (Year 2) deftly blocked solid passes and successfully managed to steal possession of the ball each time, making life for the Medicine forwards way harder. However, due to a lapse of judgment on our part, Medicine managed to score yet again. We were 2 down. 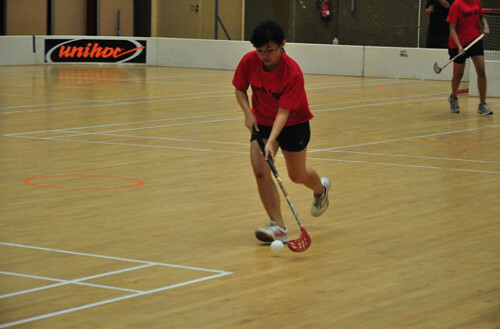 Towards the 2nd quarter, our defenders (Bei Han, Priya, Wong Bei Shan (Year 1), Ee Jiamin (Year 1) and Delise Yang (Year 1)) put up a tough fight preventing Medicine from taking any more shots. Bei Han and Delise displayed some excellent teamwork as many a time they played the ball steadily, keeping it out of Medicine’s possession and making incredible passes to our attackers for them to do their job. 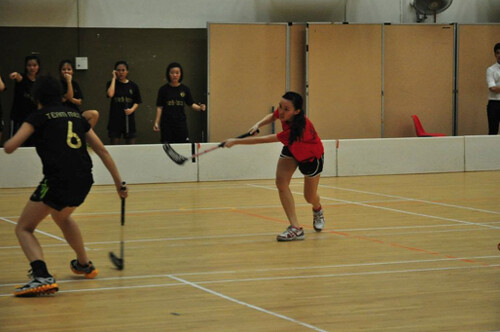 Our very talented Floorball guru Cassandra Goh (Year 2) lived up to her usual standards, pelting shot after shot at the Medicine goal. However, even the most imba Floorball skills cannot get past the monstrous statures of the giants fielded by the Medicine team. With semi-professional goalkeepers on their side, it was only after numerous attempts before Elin Wong (Year 2) managed to tap in a deflected ball shot by sassy Cass the badass-lass!

Our second goal was scored by the swift Kam Kai Qi (Year 3). The shot was so incredibly brilliant and quick such that even at the end of the game, there was some confusion regarding the score. Kai Qi was assisted in her attack by the super-fit Eunice Lau (Year 3) and Jolin Li (Year 1), leaving the Medicine side both confused and bewildered as the ball flew past them before they could even realise it. 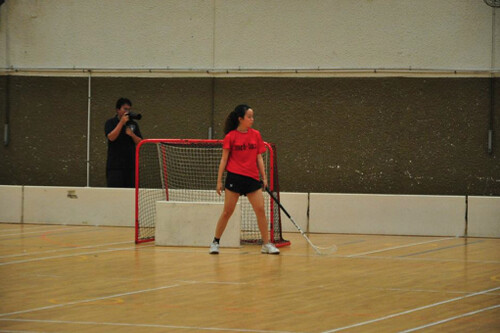 As we ‘upped’ our defence, our forwards (Cass, Elin, Kai Qi, Jolin, Eunice) had to run their hearts out sprinting to and fro from one end of the court to another, taking on dual roles of defence and attack. Delise often had to defend our goal by herself as Medicine’s speedy attack left many of the forwards far behind. Despite attempting our best, it just wasn’t our day as Medicine managed to slip in 2 more shots.

To share a quote that that seems apposite at this juncture,

“There is no comparison between that which is lost by not succeeding and that lost by not trying.” — Francis Bacon

Despite all odds, we gave our best. While our reward may not be the joy of winning the game, the friendships forged after all those Floorball Fridays and our unity despite diversity and hostility have turned all those wrongs into rights. 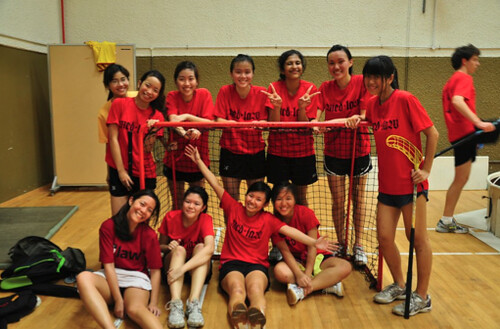 A huge thank you to those who came down to support us, the Men’s Floorball team for being so accommodating during our training and last but not least Charissa Lu (Year 4) and Lai Su Lyn!