After training hard for the past 2 months, our girls finally arrived at the SRC handball courts ready for battle. We were originally shaken by the size of the players in the Medicine team. To quote WeiLin, “I don’t remember them being so big and tall.” 2 minutes into the game, Charlene scored the first goal. Unfortunately, the shot wasn’t counted because of a foul. However, she did give the Medicine team something to fear (mostly her strength. Ask anyone who has ever gotten a direct hit from her.) The Medicine team decided to pick up their pace and scored in 2 goals. Not to be outdone, the Law team showered shots at the Medicine keeper. Despite many tries by the powerful shooters in our team, we were no match for Medicine’s national hockey team keeper.  Just before half time, Charlene finally managed to get one pass her. By the end of the first half, we were down by 2.

During the 2nd half of the game, our team again made many attempts at closing the lead but the Medicine team was just too fast and too tall (I ran after one of them when she did a fast break. Never felt so unfit in my whole life). However, our team kept up a good defence and together with our own star keeper, Sarah, stopped many attempts at further widening the goal difference. After 3 yellow cards awarded to Medicine and 1 penalty shot taken by Jaime, Medicine finally won with a 5 goals lead. The score was Medicine 1 — 6 Law. Our team might have lost this time but it has only left us more determined to win next year.

I want to thank my wonderful team members for the fun we had this 2 months and for coming down for training even though it’s always on some insanely hot afternoon. Aggie, Melissa (also called Meow nowadays), Elin, Charlene, Weilin, Natasha, Sarah, Jaime, Esther and Rachael, thanks for all your hard work. And of course, thanks to our coaches, Gerry and Eddy. Although we always complain about the drills you make us do (Push ups and star jumps? Seriously??), we actually appreciate all your dedication and patience.

Finally, I would like to thank all the supporters who came to cheer us on. We will be back next year, stronger, better and fitter. In the mean time, let’s hope the Medicine keeper graduates by then. 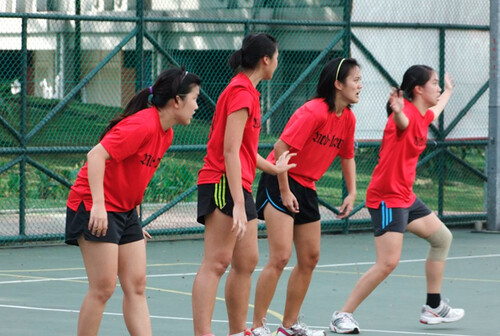 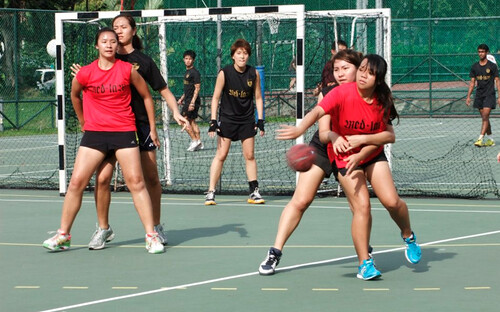 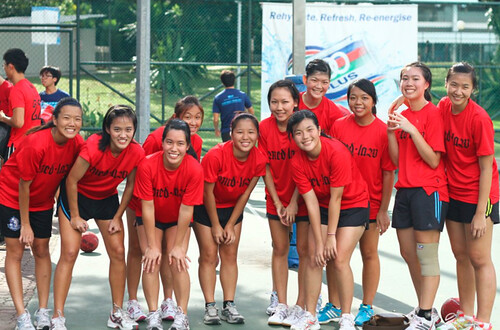