Mooncakes, moon-riddles, moonshine — a blissful way to round off a trying school day. The 2011 MAF, organised by the Law Club and headed by Isaac, was well attended by students – exchange and local alike — and even a couple of staff! Per a blonde-haired blue-eyed Company law academic-fanatic, when asked what he was doing so late in school at the MAF: “I saw the beer.” Cute.(: That being said, there were many more reasons why the school courtyard was packed with friends other than the free flow of ambrosia!

The night was still young when MAF kicked off with the pomelo-eating competition. Umpired by the unstoppable duo of Isaac and Eddy, the commentary was as good as the action (Isaac: “And most of all, please don’t choke and die. We have a van and a hospital route planned out in case you do.”)! Fruit and feathers flew as five teams across Years 1 and 2 fought for the glory of earning the title of champions of scoff. After a battle well-fought, which displayed various ingenious methods of opening a pomelo (the word ‘ravaging’ comes to mind) and completely hilarious faces made mid-gulp, the Year 2 team comprising Gerald, Huan Yong, Kenneth, Wei Song, and Yi Zhang clinched the crown, with the Year 1 team of Anil, Darren, Hiok, Ian, and Kevin coming in a commendable second. Overheard by one of the members of the winning team post-competition, “My lips are still burning!”

Food seemed to be the theme of this year’s MAF, which is fine by me! (: Mooncakes (which angmohs seem to relish!) cute little desserts, artery clogging but addictive finger food, and Brewerks beer flowed freely, punctuated by the occasional lantern riddle which earned the one who guessed correctly even more food! The hosts even waxed poetic with one of the best riddles, which went “You use a knife to slice my head, you weep beside me when I’m dead.” (answer: the humble onion!).

When bellies were full and eyes were sparkling with the golden reflection of beer, the most interesting event of the night commenced: human Chinese chess, wizarding-style. Played by Janelle Lau and Ryan Chan, the war fought between them was most refined, with the host beseeching “We need to see more violence, people!” and “You’re a dead horse, sound like one!” at appropriate intervals. In the end, Ryan had the winning move, but it was the game that had the attention of the audience, not so much the outcome.

The iridescence of lanterns and laughter ended the night. All in all, MAF 2011 was a pretty much like a beach party minus the sea plus mooncakes — a fun and relaxed getaway. And I learned, there is more than one way to light a lantern. (: 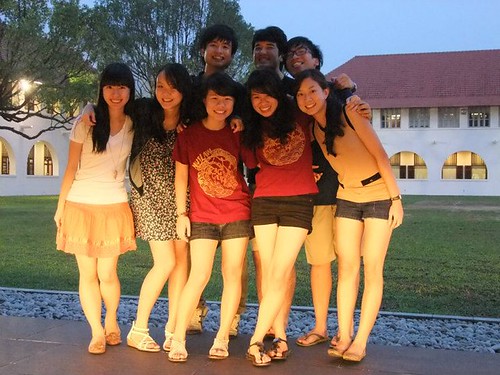 Year 1s who had a wonderful time! 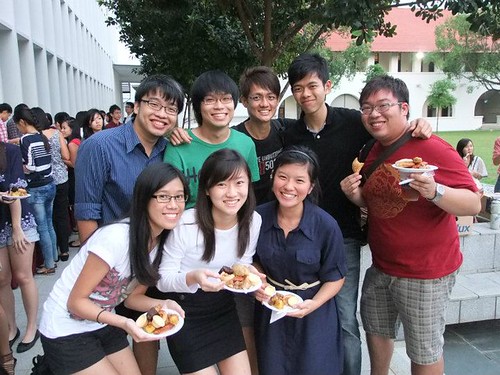 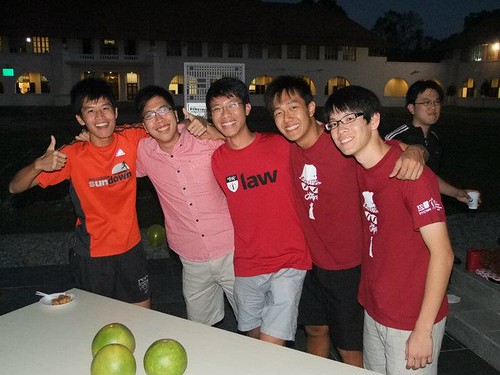 The Champions for Pomelo-eating competition (kelong, so obviously) 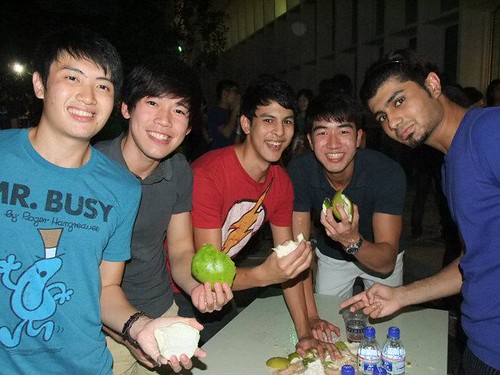 The team that was FIRST... but didn't last till the end. SAD. 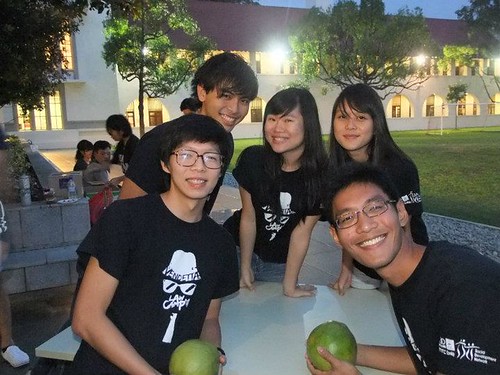 This team that came cordinated in the same shirt - that's what I call team spirit! 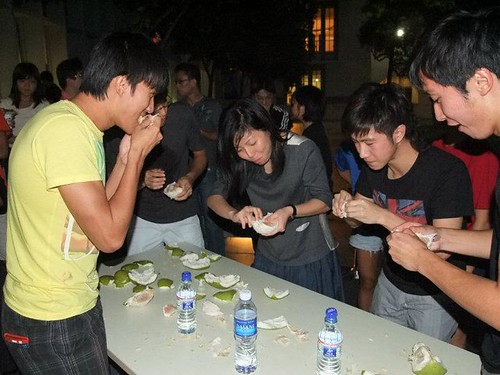 Slow and Steady wins the race.. okay perhaps not for this team. 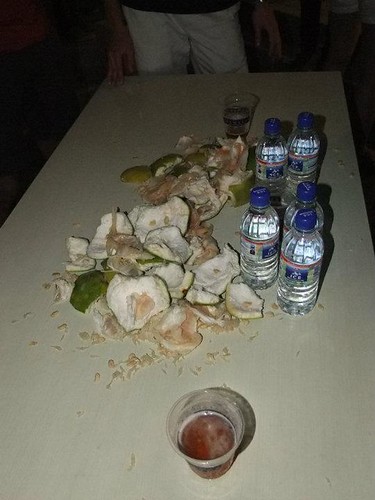 Isaac's Contest Rule: "Contestants must eat up all the pulp... even if it means licking it up from the table" 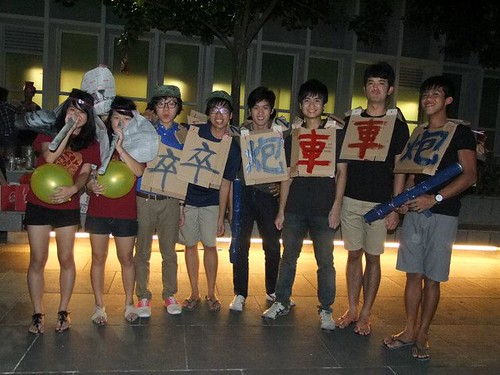 All geared up and ready for war... in a game of chinese chess real life! 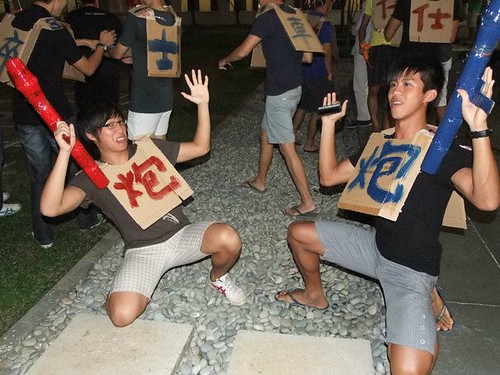 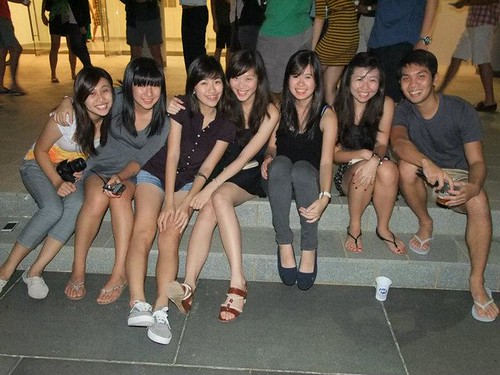 lovely night for these lovely ladies and +1