The experience of going to the moot court for the Rodyk Challenge NUS Finals was a slightly unfamiliar one, in comparison to all the other moot competitions that I have witnessed. Yes, I was going in to watch a competition that involved 2 sides ripping each other apart and staying strong in the face of the judges’ verbal firing; but this was somewhat different.

We are acquainted with the scene of one brave and suited up individual, seated on one side of the stage, grasping a pen and looking deep in thought, while another takes the stand and faces the bench, and has his or her face projected on a screen. This time, the bench was empty, because the judges sat amongst us with their backs facing us. Each team had three-apiece, and the presenters, who faced us as they spoke in turn, were even accompanied by very pretty Powerpoint slides!

The Rodyk Challenge involves teams of 3 coming up with a proposal to tackle the impending problem of energy scarcity in Singapore. There are three main components to this competition — the written report, the presentation, and the ability of the teams to defend their own proposals from the verbal attacks of the opposing team and the judges. The panel of judges consisted of the Vice Dean of NUS Law, Associate Professor Victor Ramraj, as well as two Partners from Rodyk & Davidson LLP — Mr Paul Wong and Mr Gilbert Leong.

The two finalist teams were eager to show the judges and the audience what they have to offer as a solution to securing Singapore’s future with regard to energy. The Year 2 team, Team SPP (comprising of Ivan Lee, Seah Wang Ting and Matthew Reuben Yeo), was the first to take the floor with their proposal to regulate the usage of energy in the transport sector. After which, the Year 3 team, Team So-lah (comprising of Imran Rahim, Delwin Singh and David Fong), started on their presentation about  the solar power industry. The speakers took turns to persuade, charm and convince the judges into thinking that their team’s solution was the better of the two.

Here is a little digression — the team names are quite interesting! Did you catch the pun on Team So-lah’s team name? Also, the name Team SPP came about because the lobby of the Lee Kwan Yew School of Public Policy was the team’s regular haunt for working on the competition!

Both teams put up a strong fight, and the judges admitted that they were torn between the two teams. But at the end of the day only one team can go on to the NUS-SMU Grand Finals, to face the best team from SMU. After an intense round of battling, the Year 3 team, Team So-lah, emerged as champions; and the year 2 team, Team SPP, came in a very commendable second! Special mention also goes out to Imran Rahim, who bagged the prize for Best Speaker!

Congratulations to both teams, and good luck to Team So-lah in their upcoming battle against SMU! If you are available on the evening of the 7th of October, head on down to the Supreme Court for the battle for school glory, and cheer on Team NUS! 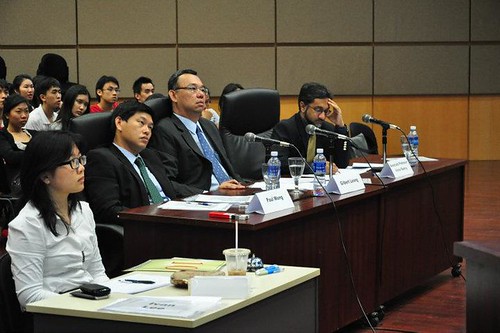 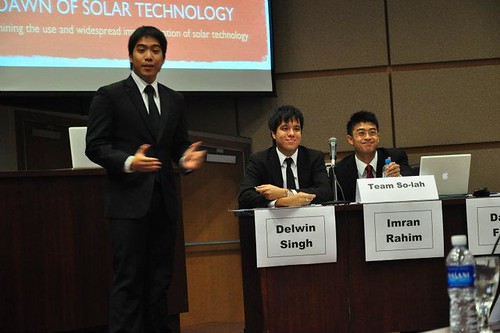 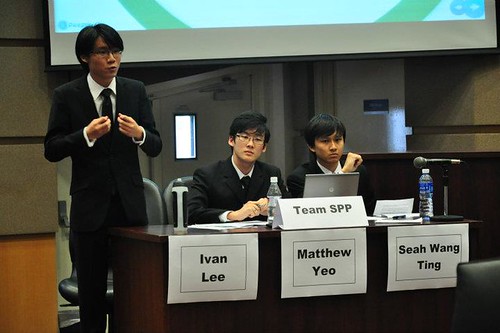 Team SPP (School of Public Policy - the venue where they spent most of the time preparing), Year 2 team coming in a very commendable second place! 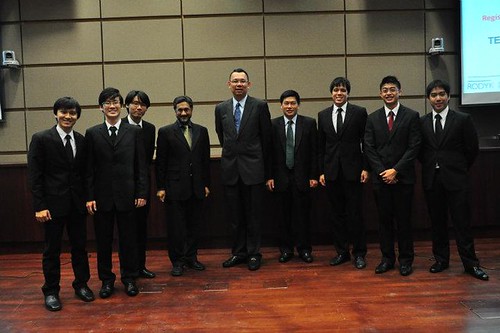