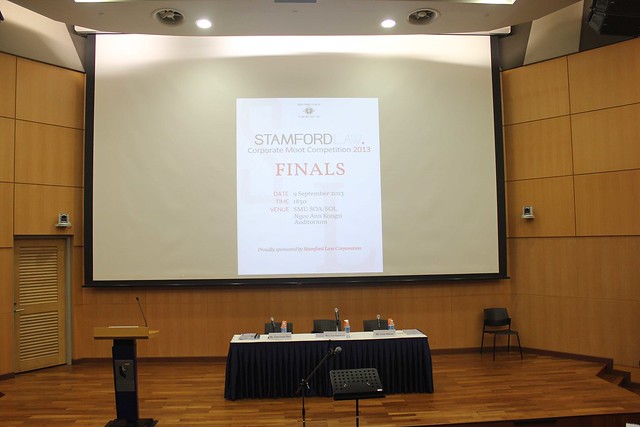 “You two reignited the love of my life!” That was the exclamation of judge and senior director at Stamford Law, Mrs Lee Suet Fern, upon the completion of the Stamford moot finals. The challengers were Jonathan Yong (year 2) from NUS, and Jasper Wong (year 3) from SMU.

Their challenge: To argue a case for intervention in a bidding war in front of 3 lawyers — all of whom had worked with Fraser and Neave on the landmark sale of its Asia-Pacific Breweries stake to Heineken. Their opponents weren’t simply proficient in the facts — they had lived and breathed the entire process. No nonsense could get through them. I’m glad to say both finalists passed with flying colours. 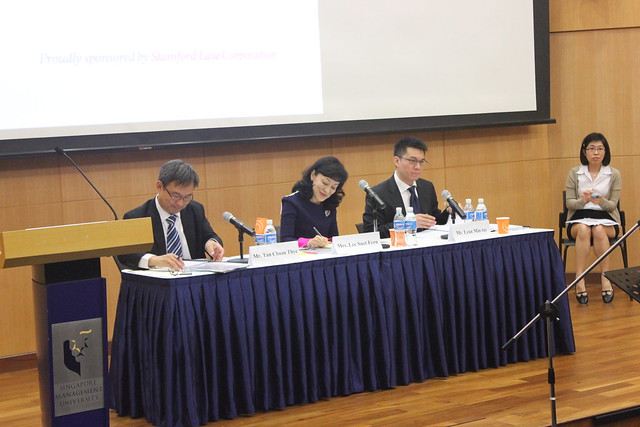 The moot format was a corporate presentation to a panel. 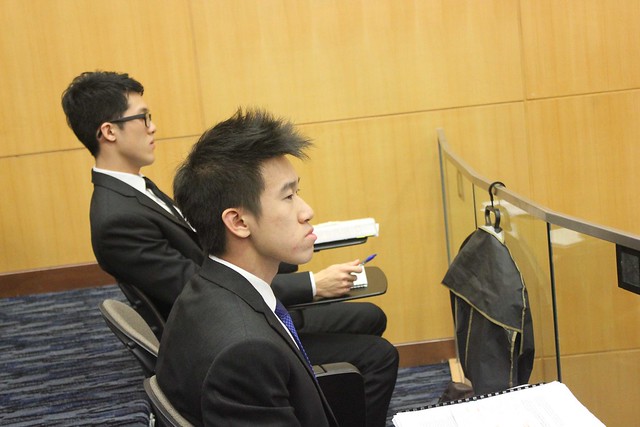 First up was Jasper Wong. He gave a speech that showcased what the guys across the island are all about — Confident, charismatic and amazingly well spoken. It may be a generalization, but they sure have the results to show for it! 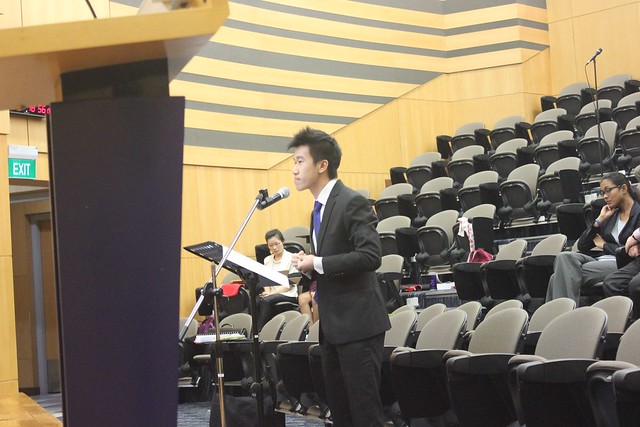 Then came the representative from NUS. Jonathan Yong was amazing — He was steady, calm and utterly unfazed by the occasion. The judges were throwing question after question at him, and Jon coolly answered them all. He was smooth and his combed back hair never dropped an inch. His twin brother, Tim, had this to say about him. “For an NUS kid, he was way smoother than the SMU kid. I thought that he was dashing like always.” 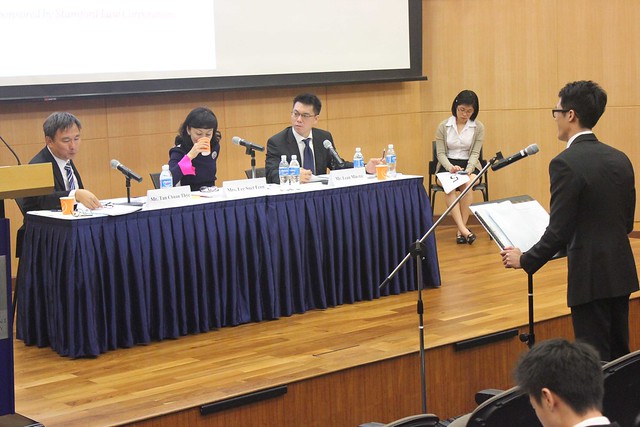 The judges were tough as nails. As both mooters took their turns to take the stage, they each got a barrage of questions, testing both their preparedness and ability under pressure. At the end of it all though, the judges left with smiles. They were hugely impressed.

Mrs Lee commented before delivering the decision: ”As someone who eats, sleeps and breathes this area of law, I am extremely impressed by the depth of your knowledge and research on securities.”

It was then when they dropped the bombshell: “The panel of judges here actually worked on the F&N case.”

The judges had recently concluded the deal, and stated “We loved auctions so much that we in fact hold auctions in our office all the time. For car park lots in fact!”

As Mrs Lee joked, “After the deal was closed, I would go around the office screaming: There’s a void in my life!… You’ve allowed myself to relive the moments of F&N, and you’ve filled up this void… we loved each and every moment of it.”

Mr Lean Min-tze had these closing comments for those present: “The world that you go into will be a different world. Most tribunals would have done their work before they hear your arguments. They face you to address their concerns and clarify your arguments. New advocacy is therefore more about listening and addressing the concerns of the tribunal.” He encouraged law students to participate in mooting competitions, emphasizing the value of the skillsets gained in lawyering work today.

The result was that Jasper won, with Jon coming in 1st runner up.

It was revealed that this was both finalists’ first time participating in any moot competition. Jon commented: ““I learnt a lot, and it was an interesting experience! I joined didn’t expect to make it this far, but I’m glad I did. I’d like to thank all the supporters who came down.” Jasper agreed. “It was an interactive moot, and a really great experience. I made lots of new friends from NUS as well.” He strongly encouraged others to take part in a moot of their own. 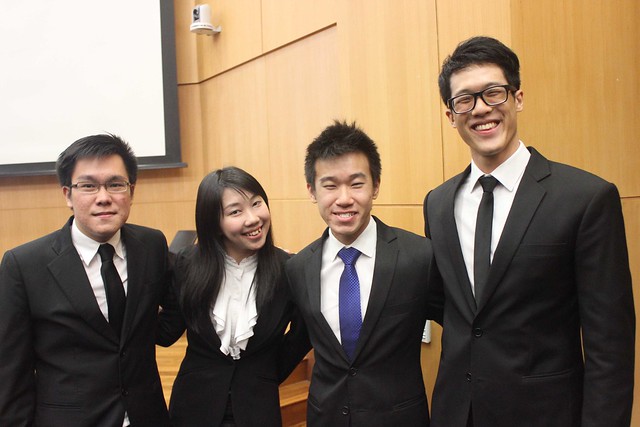 For someone barely 5 weeks into law school, this was surely an eye-opening experience.