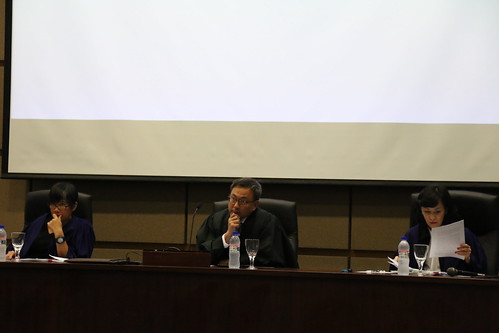 This year’s moot problem concerned Kemli, an investment company, and Three Musketeers (BVI) Ltd, a company incorporated in the British Virgin Islands and subsidiary of Three Musketeers Pte Ltd, which is a Singaporean company. The issue was whether the Appellant could make a claim in the liquidation of the Respondent on the basis that it had obtained a US judgment against the Respondent more than 6 years ago, beyond the statutory time limit. Nicholas Liu Sheng (Year 4, SMU) represented the Appellant while Leong Qianyu (Year 3, NUS) represented the Respondent.

Unlike the Attorney General’s Cup finals held the previous week, which was an internal affair with both finalists hailing from SMU, the Stamford Corporate Moots featured finalists from both local law schools coming head-to-head in direct competition. In addition, with the Mallal Moot Submission deadline looming, the student body was gripped with Mooting fever. The atmosphere was thus tense with anticipation as the submissions began.

First on the stand was counsel for the appellant, Mr Nicholas Liu Sheng, who submitted that the statutory time limit should not apply in this case. Calm and composed, he was able, upon questioning by the judge, to formulate the legal arguments required to support his case and cite the relevant legal authorities with poise and confidence. 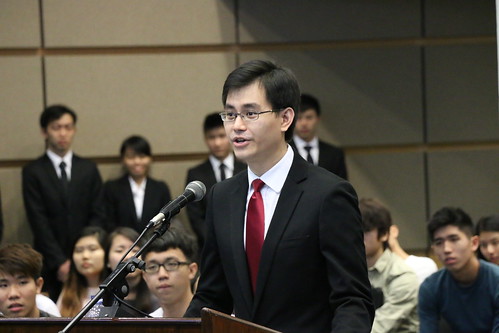 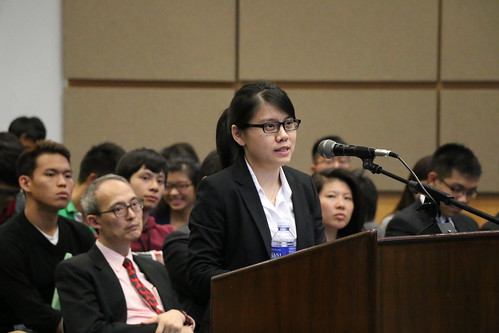 When counsel for the appellant Nicholas Liu took the stand again for the reply submissions, Associate Professor Eleanor Wong eloquently directed his attention to the issue raised by counsel for the respondent: “Assuming a company initiates liquidation proceedings in US but fails, do we then have to chase him to France, Germany, UK, China as well?”. Counsel for the appellant Nicholas Liu was unable to provide a convincing response, and the result of the moot was no longer in doubt.

With the submissions completed, the judges took their leave to deliberate on the results. Upon their return, Mr. Tan Chuan Thye as head judge began by noting how the composition of both the bench and the finalists reflects gender equality in legal practice, while Associate Professor Eleanor Wong clarified how the judging criteria for moots considers not just communication skills but also the quality of the underlying legal arguments. 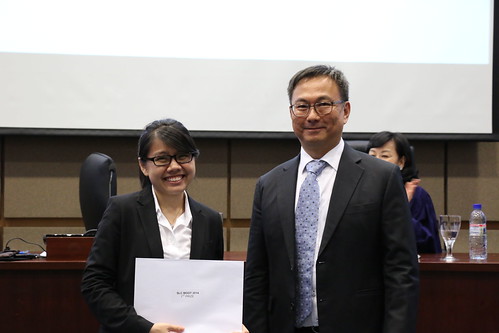 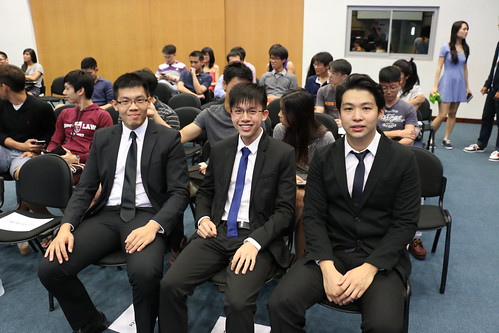