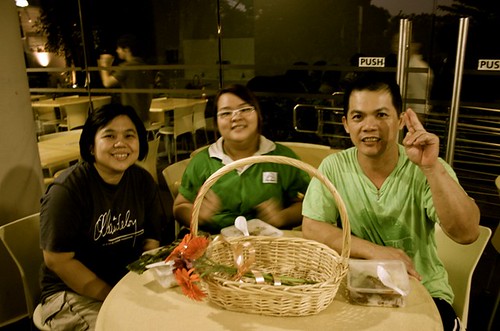 Thanks. A word so commonplace that its usage has become almost cursory, yet when conveyed with a sense of gratitude, it has an almost magical quality about it.

That was our aim in organising an “Appreciation Dinner” for the cleaners, security guards and summit staff on the 19th of January, to thank them for their efforts in making Law School a better place for everyone. More than that, it was a rare opportunity for us (some of us at least), to get to know these people who work within our midst. 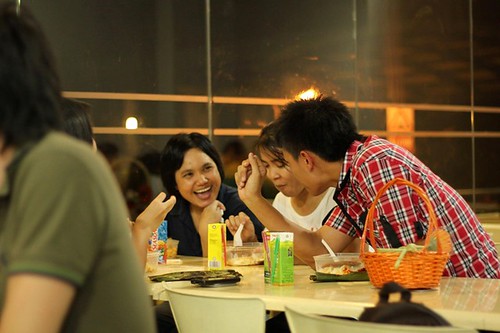 After settling the logistical issues, we approached the day itself with much trepidation. Would the staff come? Would there be awkward silences? Would there even be enough students?

Human interaction, when approached sincerely, manages to transcend boundaries and that was our immediate observation from the hearty conversations that ensued.  Over a packet of Adam Road’s finest nasi-lemak, paired with a good dose of Bengawan Solo kueh bangkit, much laughter and stories were shared. 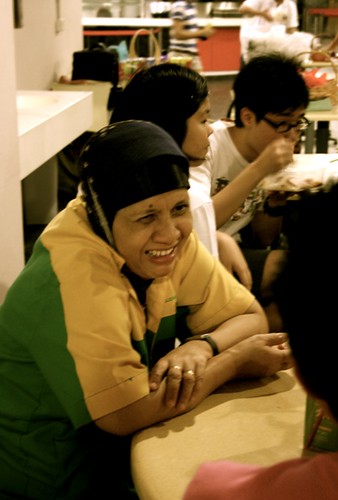 “Wake up at five something everyday to prepare food, open until at night seven plus, clean up the place then go home.”

I can only speak for myself when I say that I had scant knowledge of what a day in the life of a cleaner, or security guard or summit worker was like. Offering a smile was but a hope that it might make their day a little better. Now though, when I see Rani or David or the rest whose names I’ve yet to learn, I can say with more confidence that rather than strangers, we’ve dined as acquaintances, and perhaps maybe even friends. 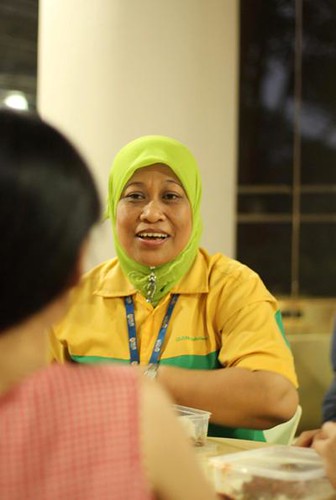 We have learnt much from having the privilege to organise this dinner. Aside from the bridges we’ve built, the wave of support from our fellow students has been mind-boggling. It is not often that one has to turn down donations because there is simply too much money. It is a huge pity that many of you could not make it on a Thursday evening, and we acknowledge that if everyone who expressed support had attended, the staff would have been swamped.

We hope that through this event, it will encourage more of us students (and not just the more garrulous ones) to interact with our support staff.  Our dream of this becoming an annual law school event remains bright, given the tremendous support we received.