Coming back from a continent so wholly different from yours after a seven-month jaunt is (very) daunting.

Humidity, accents and bright lights aside, there exists a sense of displacement. Many of us woke up in our beds after this extended period only to think: Was it all a dream?*

In some sense, it was a dream; there’s honestly no other time in university life that you can jet off to a place completely different from yours, learn to live and appreciate life’s little beauties around you. An exchange is different from doing uni abroad, because you are constantly aware that each moment you live is ephemeral, fleeting. It comes, it goes, and you’re like — wait, what? Rushing from point to point doesn’t make sense. The general urgency we have been accustomed to (a la law school) fades into the background, and learning to live becomes priority. As a professor mentioned, “outside of Singapore, you are allowed to live a more contemplative life.” It’s doing life not as defined by our busyness and checklists as in Singapore (guilty!) but really learning the nuances being independent; something not many of us can (or will willingly) do in Singapore. 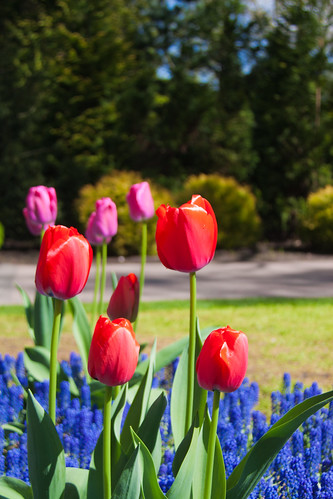 Tulips are REALLY inexpensive in Netherlands, going for about 2 EUR for 10 stalks 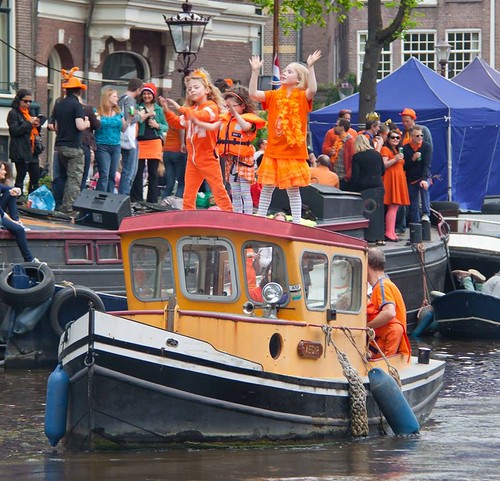 My exchange destination was Amsterdam. Let’s be completely honest: you hear Amsterdam and you think, weed, partying, sex, drugs. Well let me tell you this: Amsterdam for me was all about the beautiful waterways, the cycling, the sunsets, the relaxed vibe, the extremely multiracial and diverse community, the apple pie… 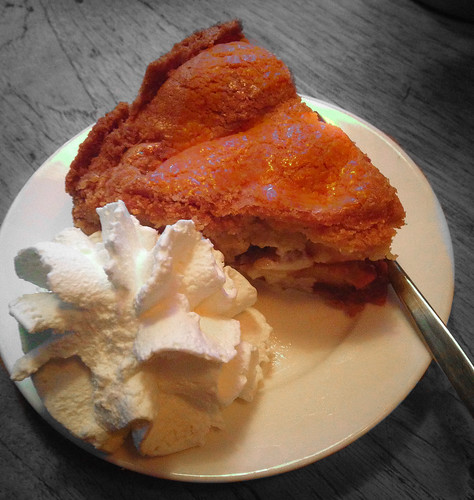 I dream of this apple pie every single day 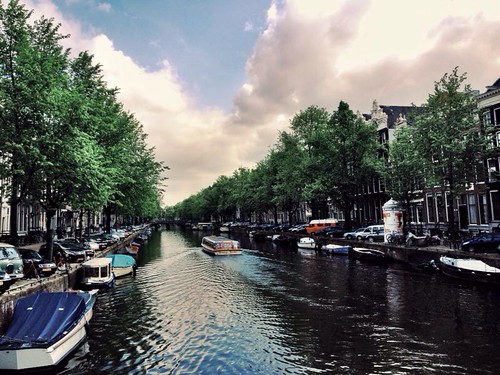 My sister instagrammed this photo! 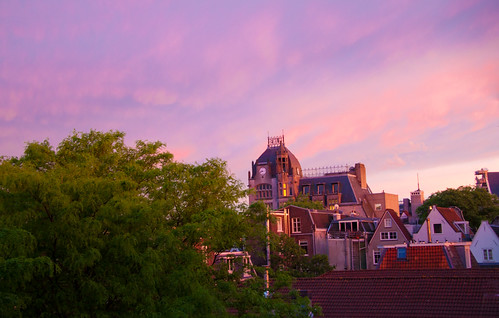 From my room; the day the skies were tinted a beautiful purple hue.

Being placed in a Masters course as an undergraduate was also pretty intense stuff, since you are effectively a lot younger than many others in the same class (apparently some of my friends thought I was this harmless and ignorant underage Korean girl who was auditing the class), and having to study EU law from an outsider’s view does seem pretty daunting. But it was absolutely amazing, and I’m proud to say that NUS does train one’s mind well 😉 One of my favourite classes was a small group of 12, with almost everyone of different nationalities (think: Argentinian, Austrian, Croatian, Dutch, French, Greek, Kiwi, Malaysian, Singaporean), and each discussing constitutional laws of our home countries. 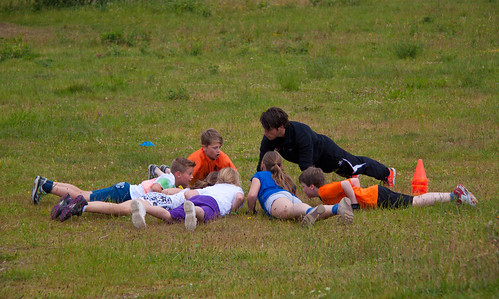 And of course, there was the travelling. Inflicted with the travel bug, I found my itchy feet in Schiphol airport too frequently, wandering the terminals that became familiar, and soon able to locate where the various shops and cafes were. Being situated in the EU meant that travelling was extremely convenient and easy, and there was hardly any need for immigration or passport control (except when travelling to UK).**

I wandered along the riverbanks of Hungary, cruised along the coast of France, had my feet turn grey while being blasted by cold winds in Iceland, saw the best sunsets in Italy, experienced the beauty of Switzerland, had the best solo meals in Spain, watched the best musicals in the UK, felt my heart free falling in the Netherlands…*** 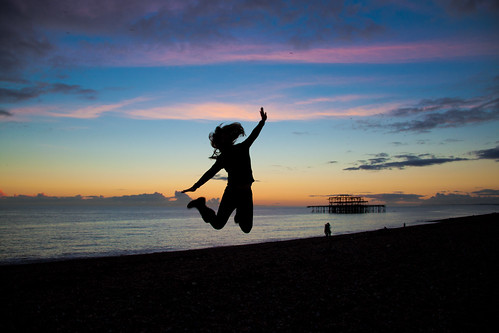 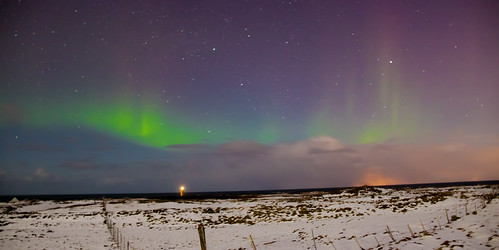 Left my camera settings a little off and hence colours turned out a little strange, but — the illusive northern lights which left my feet somewhat grey and numb. 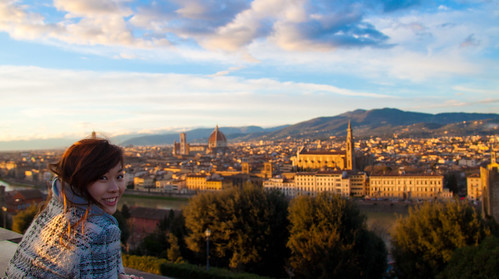 Sunset over Florence — violently shook my travel buddy awake to run up hills to catch this hahaha (sorry not sorry). Haha yes, I am pretty obsessed with sunsets.

… At the same time, I hosted a crazy number of people, borrowed an air mattress so frequently that it became a permanent fixture in my flat, and found my heart in many more places than I could have ever imagined. Oh, I also fulfilled the Asian stereotype of always having a camera and taking photos of everything. As a friend would say, “all you Asian people!” 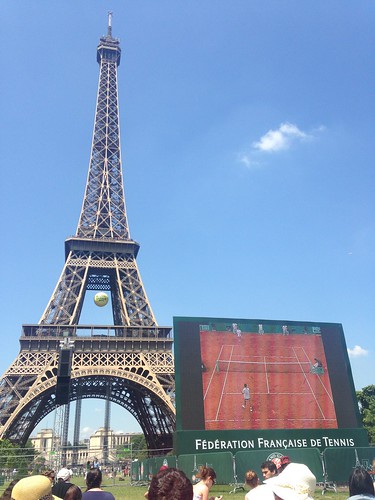 But seriously, watching French open finals under the Eiffel?? This grand moment must be captured on camera.

All of us who went overseas have different tales to tell, but the common ground is this: experiencing a new place means having stop being that shy mouse who doesn’t dare to ask anything, be spontaneous (something I had to work very hard on), and just be yourself. 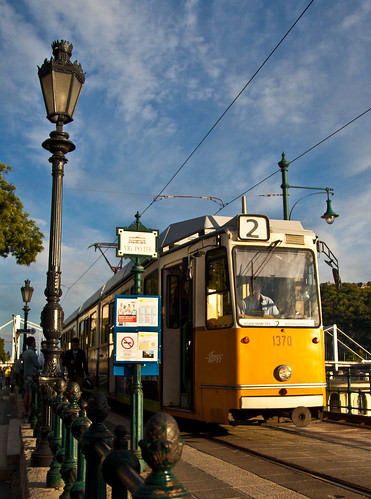 Please don’t be as reckless as me by dangling precariously over some rail for nice photos though.

That was how I found myself befriending a hotel owner and stage actor while taking a flight from London to Amsterdam; eating sandwiches with uni friends, with our legs dangling along the canals; and befriending the hummus sellers, fish monger and fruit sellers at the open market. That was also how I found myself exchanging cooking tips with an Indonesian mama at said market, with my broken Bahasa and her punctuated Dutch. 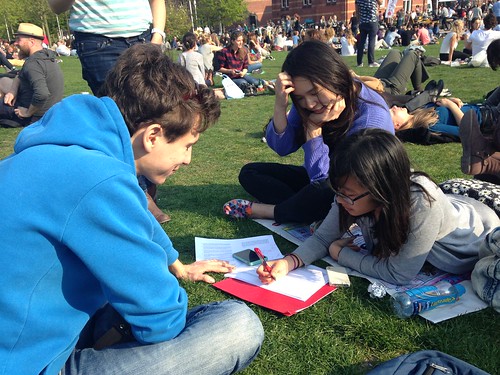 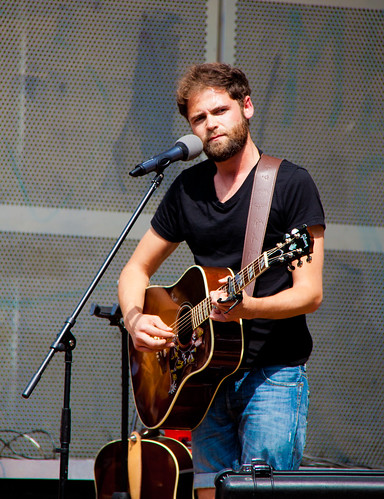 Oh, and getting trash-talked at for being the sole Asian Asian to be watching football at hostel lobbies with a group of angmohs who think you don’t know better… (And then also because you supported Netherlands while everyone else supported Spain and Spain lost very badly) 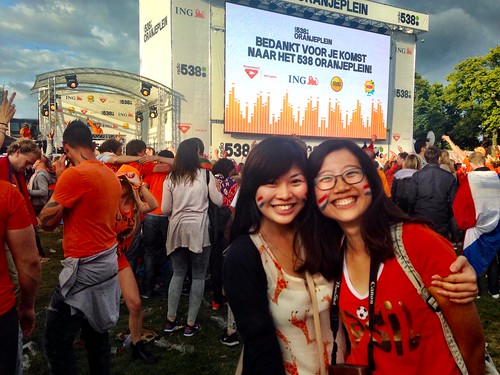 Watching a football match live in Amsterdam, with a million other Dutch people.

Of course things will go wrong — since when have they not? This is Europe, mind you, and strikes are frequent: I have gingerly walked through piles of trash in the Amsterdam Central station because of cleaners going on strike, been stranded in train stations because of train staff strikes, and even had my flight cancelled after checking in because of air control strikes. That, my friends, is something you would (probably) never experience in Singapore. 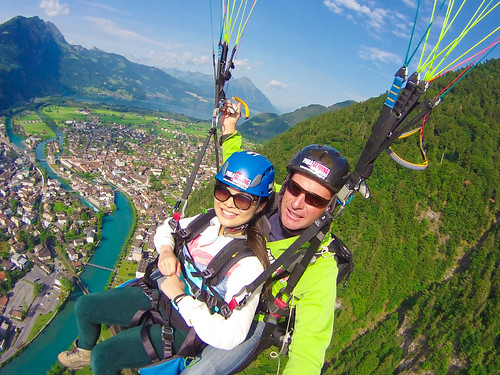 But I still got to experience the beautiful mountains of Interlaken :3

In these seven months I’ve gotten to know so many more people and understood so many different cultures, but most importantly, I got to find a little bit of me. People change and adapt in the circumstances they are put under, and the me-on-exchange may be very well different from the me-in-Singapore. It does matter; I lost a lot of myself abroad, inter alia a broken hard disk and some of my photos (!!!!!). But for what it’s worth, I would never exchange the last seven months for anything else in the world (pun not intended).

*In fact, it got so bad that I was still telling people that I was in year 3 during the first week of uni when actually I’m this old about-to-graduate-thing with arthritis either ambling towards summit for caffeine amongst the fresh-faced and wide doe-eyed wanderers, or just being a fixture in the library.

** I will be praying for your safety should you not quite so resemble your passport/residency permit photo, because there’s that constant risk of being held up for forever at immigration (oops).

***Also did other things like skydiving, but somehow can’t find those photos sob. Please feel free to ask me about it if you’re interested in doing it as well!

P.S. I am eternally grateful to my beautiful and lovely parents, who have always given me much independence and support in everything I do; as well as the friends I made abroad, and the friends back home, who constantly kept me in prayer and sending lots of letters (!!).