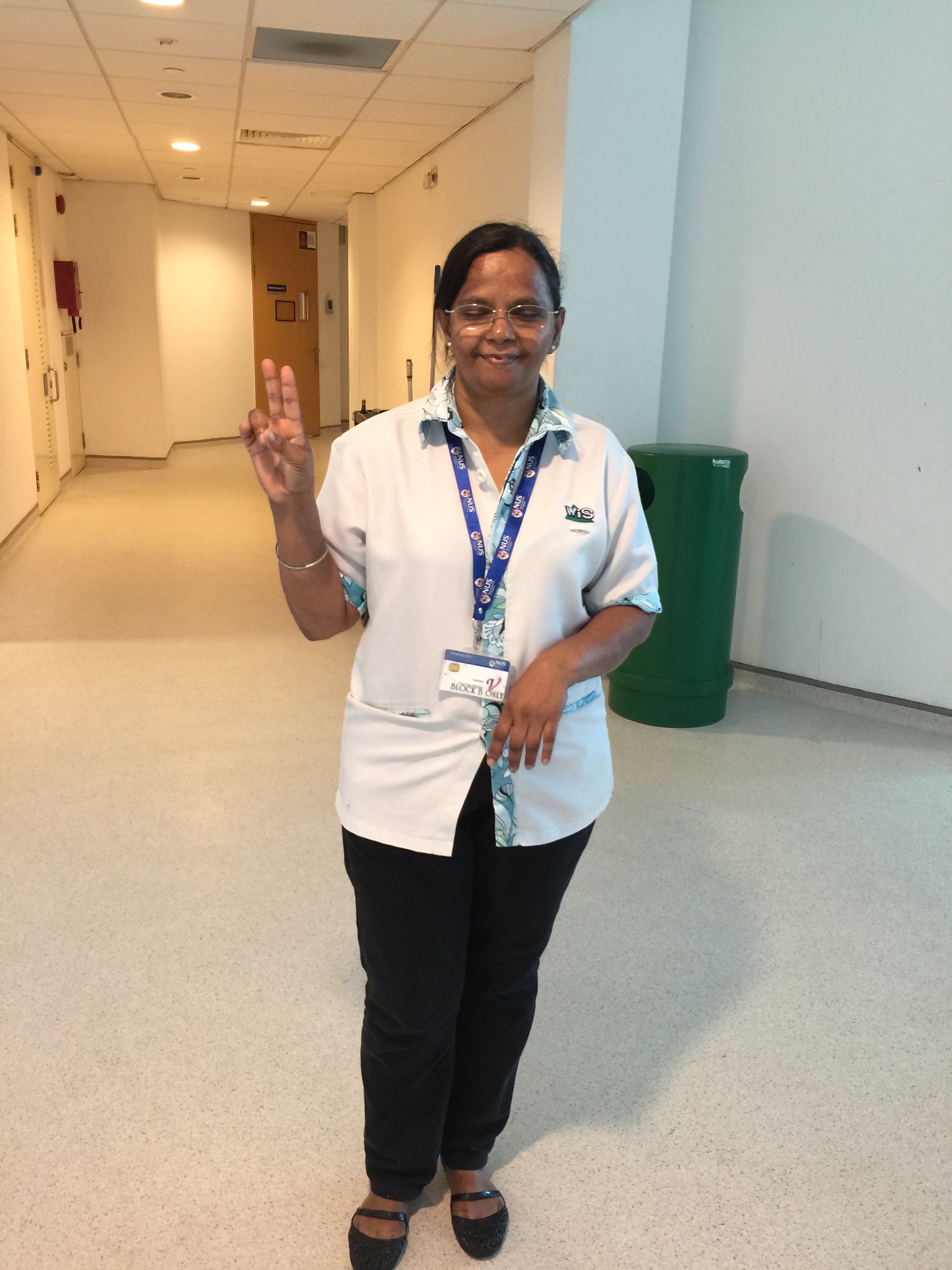 With limited lunch options in and around the school, what better news is there than an initiative which brings to you yummy meals? The brainchild of Anupriya A Daniel, Zhang Zhefei, Christina Liew, and Low Jia Yan, Like a Box is a non-profit social enterprise which aims to bring joy to our palates and tummies, and all for a good cause too. All profits from each sale go directly to the Straits Times School Pocket Money Fund (STSPMF). Not only that, the Pay-it-Forward initiative aims to sponsor the boxes of lunch for the campus staff as well. In the first week, the plan was to sponsor the security guards, but the response was much more enthusiastic than expected. Not only were we were able to sponsor the boxes for the security guards, we were able to do so for the canteen staff too. The following week, Like a Box managed to sponsor 29 school staff, including the cleaners, librarians, security guards and pest control uncle!

We went to talk to some of the school staff to find out what they think about this initiative. On Wednesday, Anu managed to catch Aunty Tara by the Level 4 water cooler to talk with her. Pushing her cleaning cart along with her, Aunty Tara is a familiar figure on the 4th and 5th floors. As we hurry from venue to venue, we may not give much thought to what she does. From Monday to Saturday without fail, Aunty Tara works tirelessly to help keep our campus spick-and-span. Other than her important role in making our campus a conducive environment study in, what is also striking about her is her ready and easy smile for everyone. Being the friendly person that she is, she started telling Anu about herself and her week even before Anu asked her any questions!

I’m Malaysian and I live in JB. I park my car at the causeway and drive home from there at night. It’s tiring, but I need this job for both myself and to support my family. I like to buy presents for my nieces, especially since their mother is very strict with them. Actually, I just gave my younger brother some money to pay his income tax. The family jokingly calls me ‘ATM’ *laughs* I usually help them out when they need money.

Aside from the money, one thing I really like about this school is the students. Somehow, they are really nice people! Initially, I used to feel quite ashamed. I wondered if people would look down on me since I was a cleaner. But the students here all say hello and they don’t see me differently from their own friends!

*Aunty started tearing* You know, ah I can’t say this without crying, but sometimes the things students say can almost make me cry. Just the other day I was feeling very down as I wasn’t feeling well. And I don’t have any children and my mom has passed away, so I don’t really have anyone to look after me. I cried thinking about how, if only I had children, there would be someone to check if I’d eaten or taken my medicine. So, when one of the students came by and asked, “Have you eaten, Aunty?”, I was so moved and I felt so much better.

It also helps that you’re so friendly Aunty!

Oh, do I really talk that much?

No, no, you’re just very smiley and easy to talk to!

I think the others are also friendly, but maybe they feel shy since they can’t speak English well. Maybe that’s why they may not be so willing to talk, but I’m sure they are friendly too.

Aunty you are very nice la. Oh, btw do you remember the fishball noodles you had ate a few weeks ago? There were a pile of boxes left for you at the 1st floor room. They were actually a part of this project where we sell food and all the profits go to the STPMF.

Oh yes the fishball noodles! Was it vegetarian?

Oh, yah. Can I donate also? I told you I wanted to donate (when we spoke a week ago), but I haven’t done it! How can I donate to this? That’s a very nice idea though. I want to do something for the orphanage near my house too! I’m always so moved whenever I see those children. So I decided to save up and buy all the children new clothes and presents for Christmas! I really want to do something for them.

Aunty Tara is one of the many school staff that has been benefited from the Pay-it-Forward initiative. The other non-academic staff has also expressed their gratitude and appreciation for the love shown by the students. They are really touched that we remember them even as buy our lunches and raise funds for the STPMF. We will be speaking with more of them soon. But in the meantime, do take the time to acknowledge these unsung heroes as they go about doing their jobs around the school! 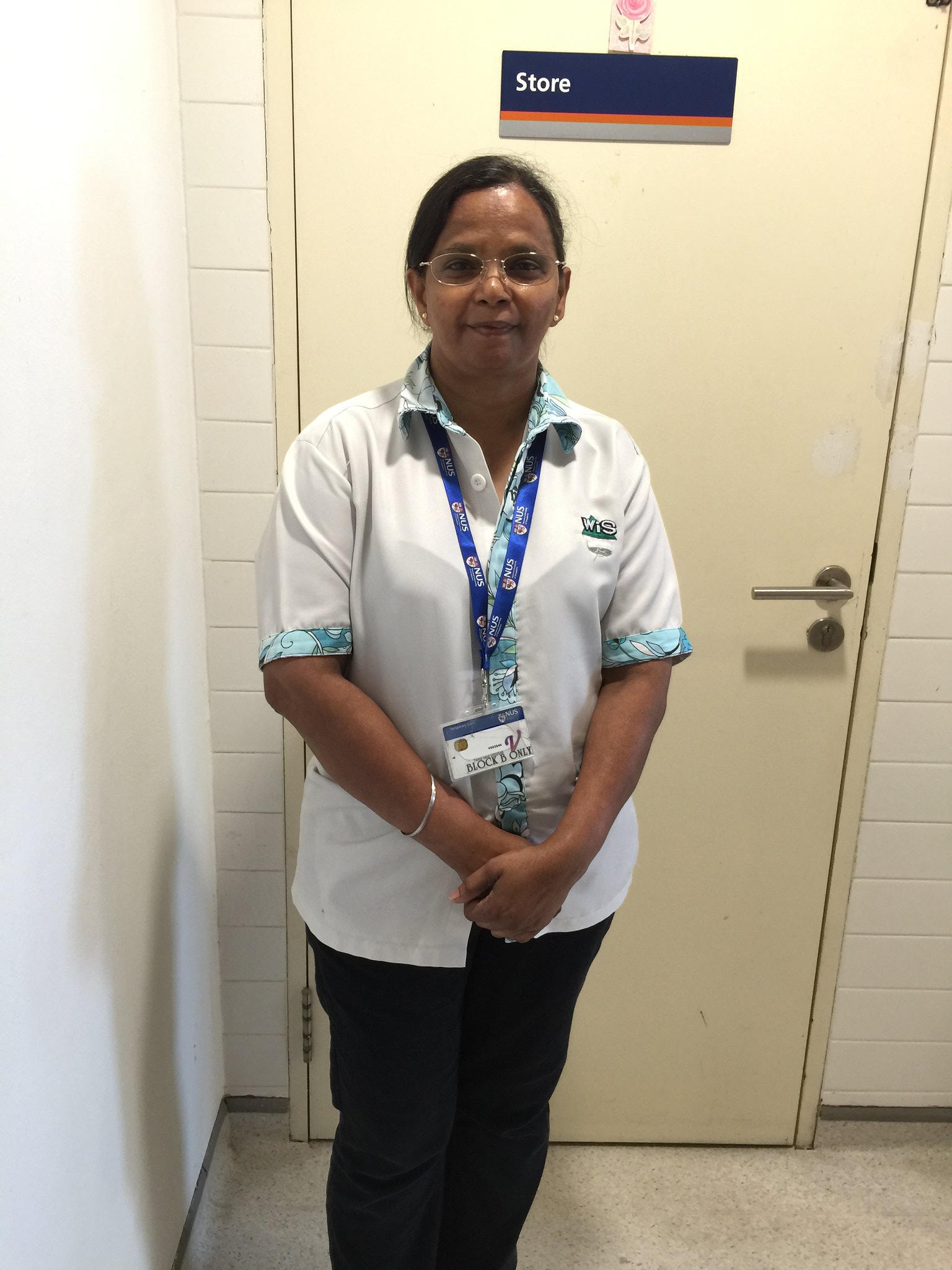