“…the Law Faculty has prepared a spell-binding story of love, both for one’s paramour and for one’s nation. A story of a brave and courageous young woman, who in the face of incredible danger, willing went out into battle against the laws of her country, to defend the place that she holds so dear…” 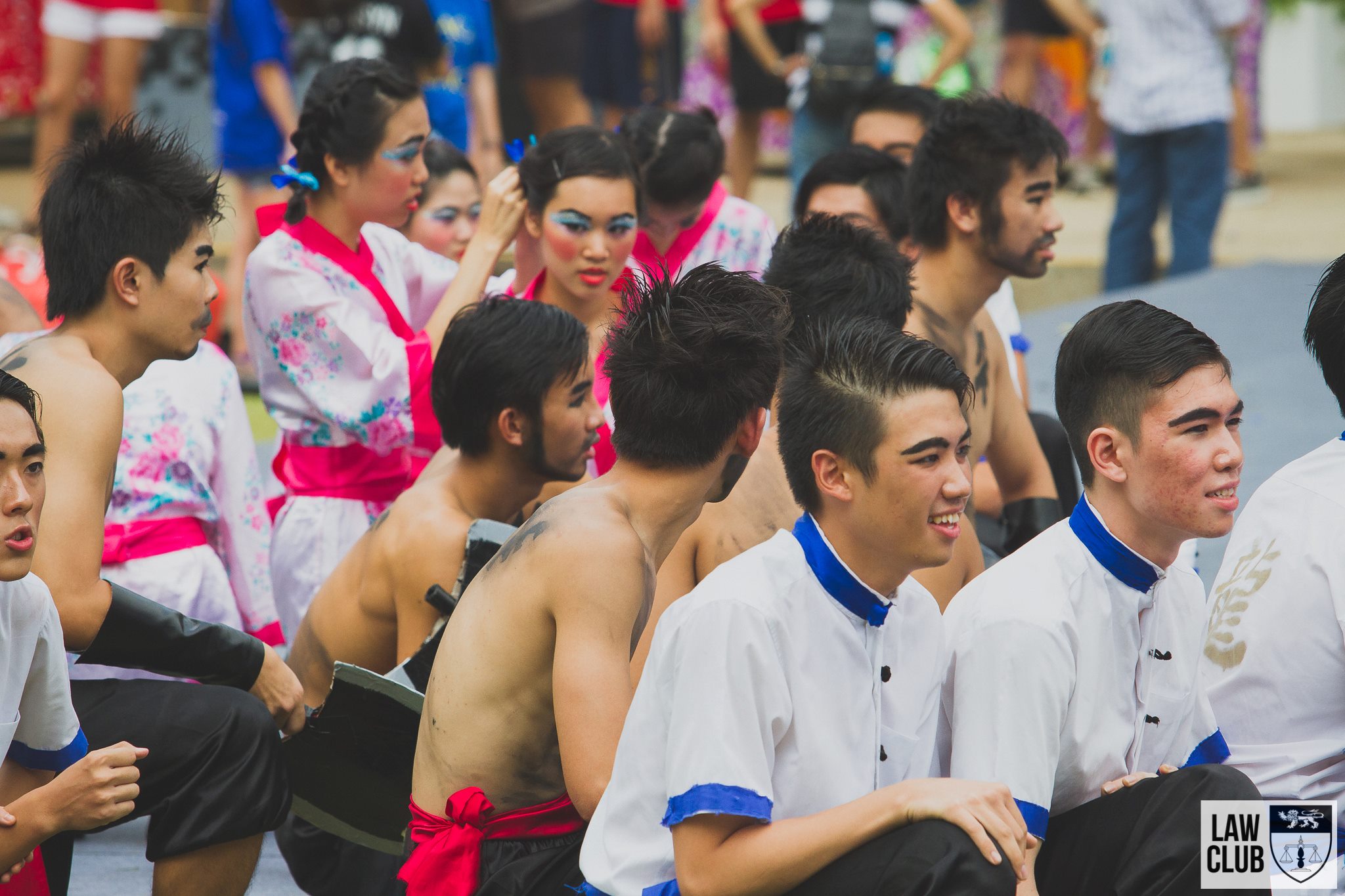 They stood at the sides of the stage as the emcees gave the introduction, eagerly anticipating what was to come. They had waited so long for this. Two months of intensive training; hours upon hours of blood, sweat, and tears – all for the next 8 minutes. The stage had been set, all they had to do now was put up a performance they could be proud of.

And that they did.

On 7 August 2013, a record-breaking 103 freshmen took the stage on U-Town Green, carrying on the rich tradition of Law RAG and doing our faculty proud. They brought the tale of Mulan to life: a story of love, sacrifice and incredible bravery. 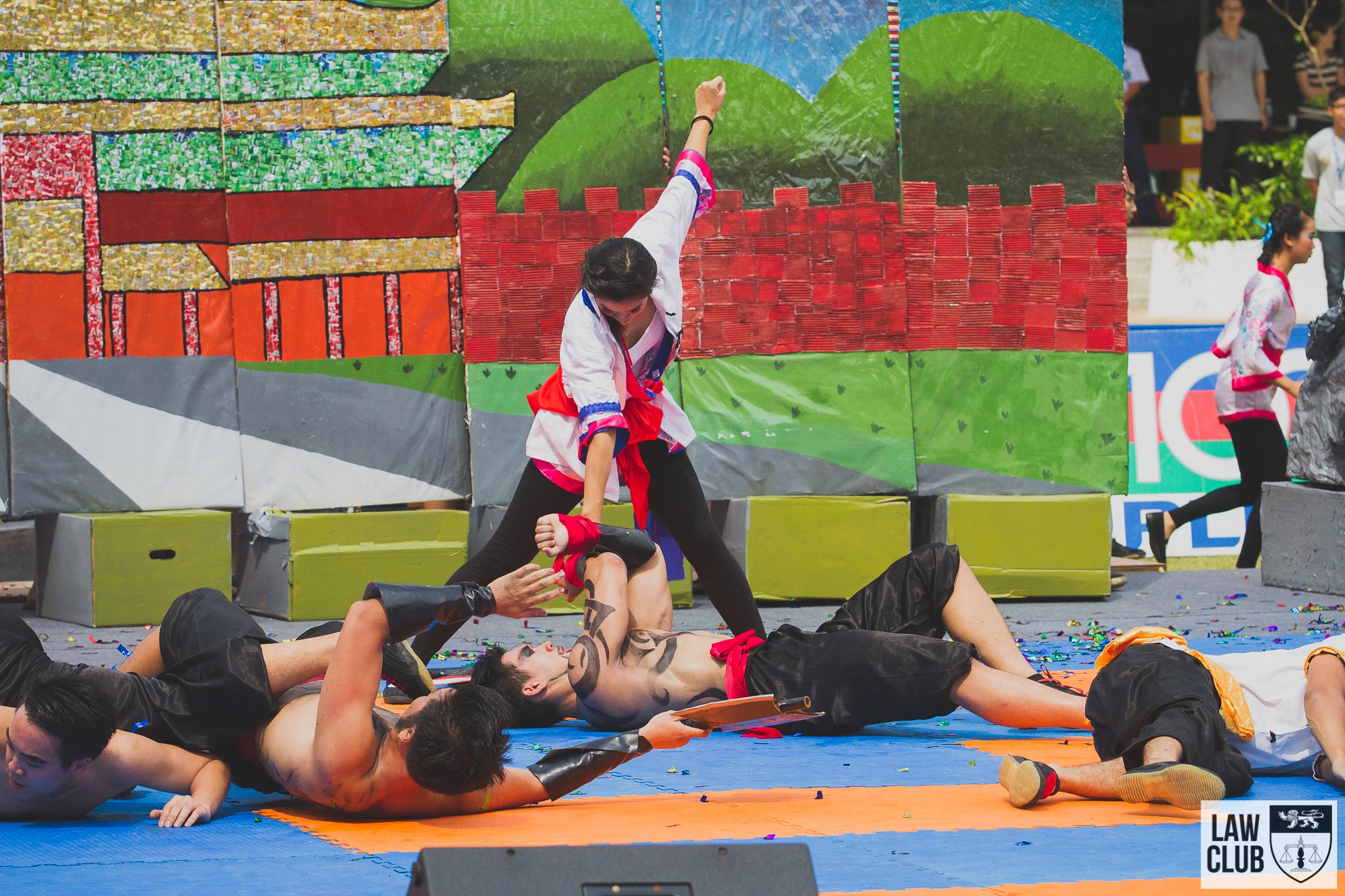 Mirroring Mulan’s triumph against the odds, they managed to clinch a Silver Award, keeping good company with RAG juggernauts such as the Faculty of Medicine. However, the day was not without unexpected setbacks.

Soon after their arrival to the Stephen Riady Centre in U-Town, the sunny weather took a turn for the worse, making it impossible to start the performances. One blow led to another as the rain necessitated a last-minute cancellation of pre-judging, a segment the Raggers had been prepared to shine in. As the morning showers continued, there were rumors that NUSSU might even have to cancel the entire event.

Thankfully, the rain didn’t last too long and the green light was given for performances to begin. An hour after they were slotted to perform, the Raggers finally got the chance to show what they could do.

As soon as Medicine cleared the stage, the floaters rushed to set up the picturesque backdrop of Mulan’s village while the dancers grabbed their props and got into position. 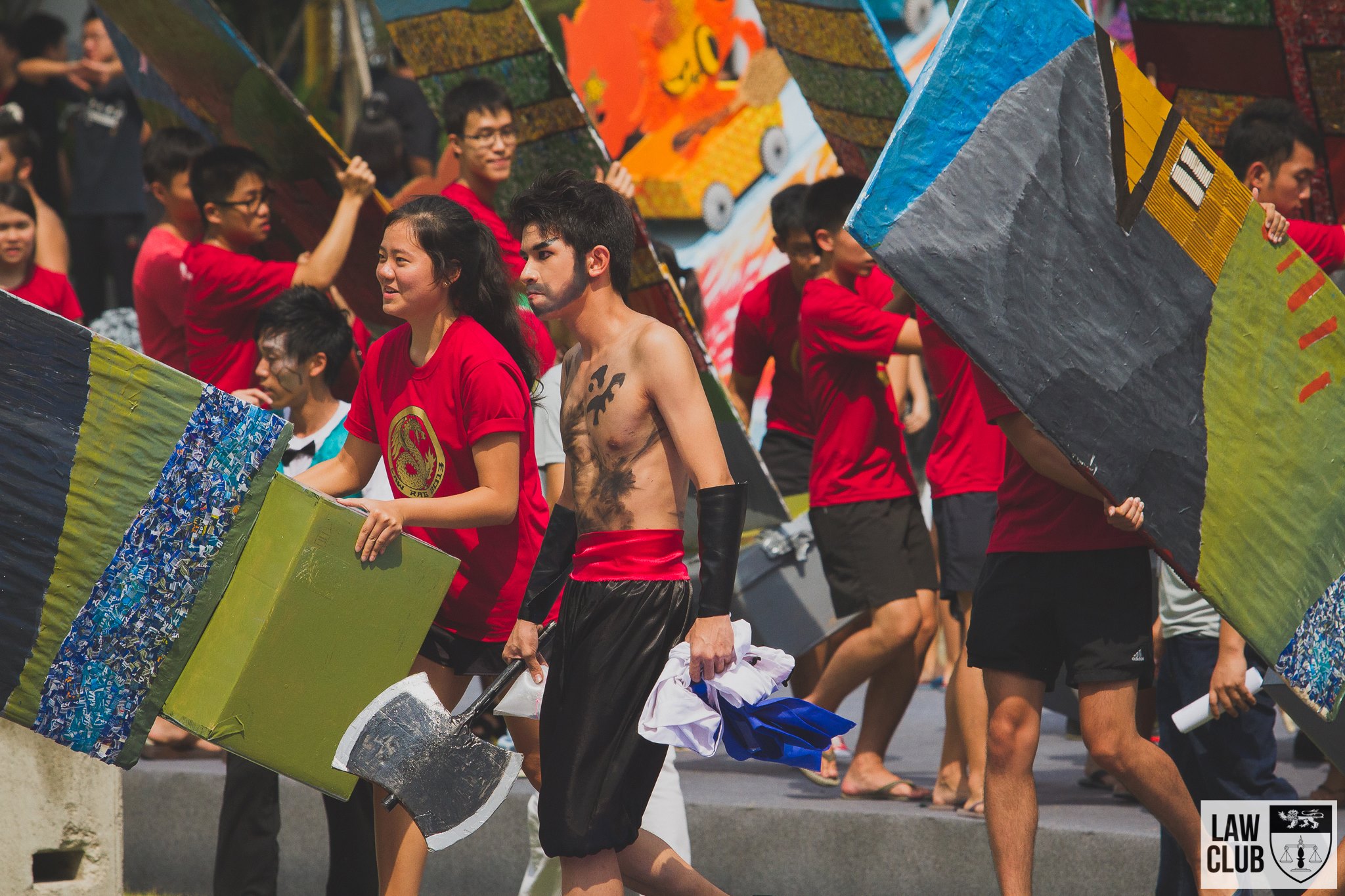 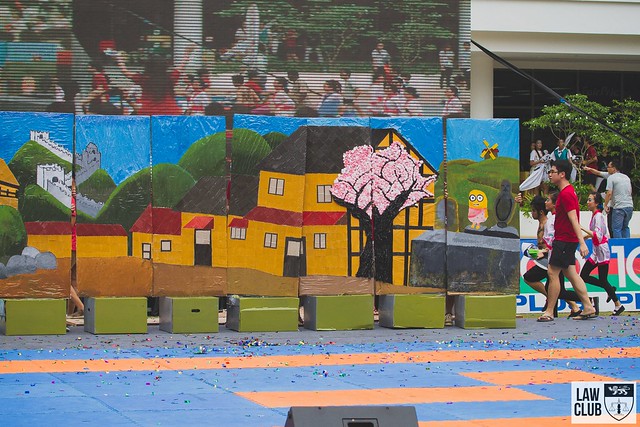 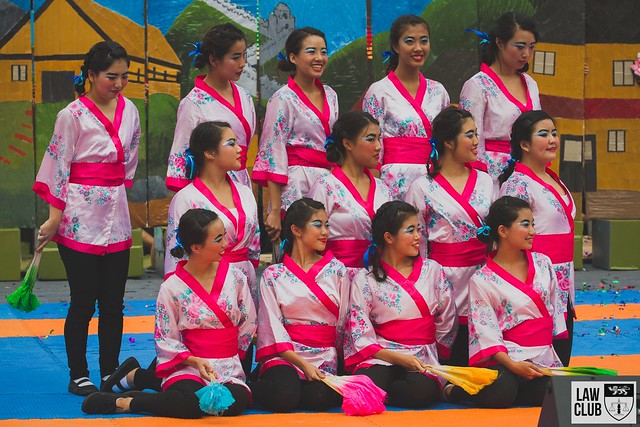 The performance got off to a very charming start. Mulan and the winsome village girls captivated the audience with the fluttering of their fans and the waving of their umbrellas, while the happy couples delighted with their graceful moves. 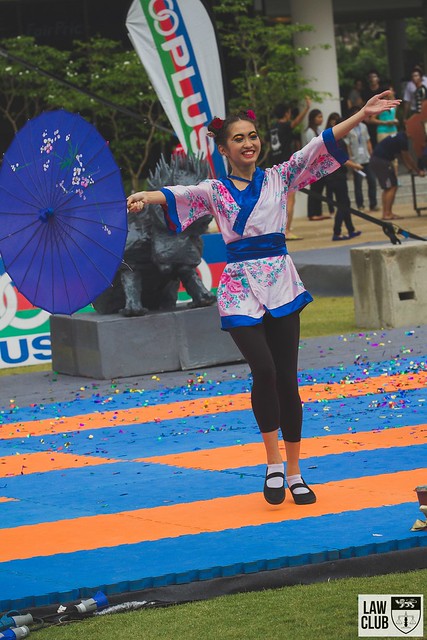 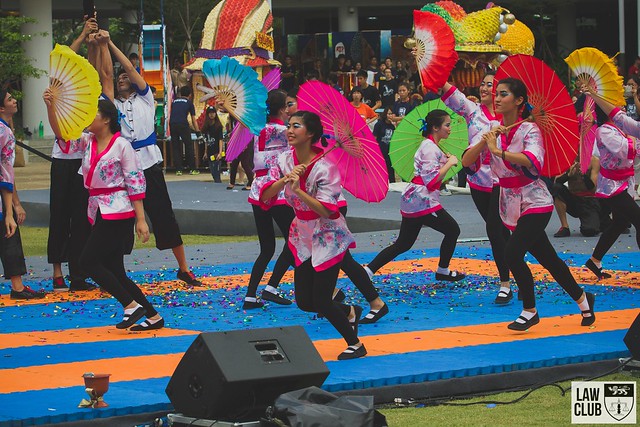 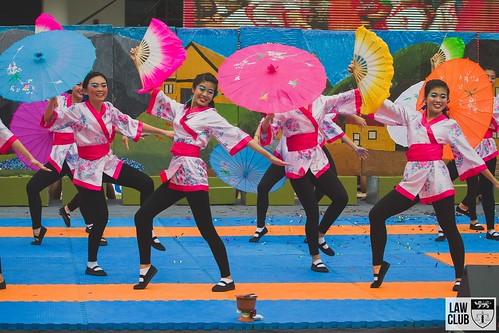 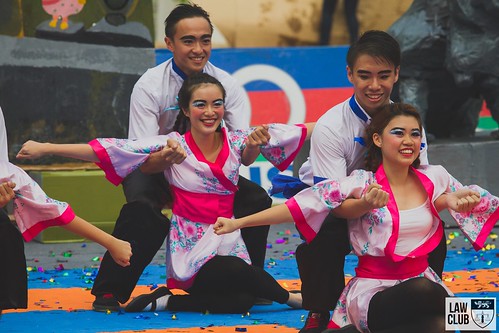 The cheery mood soon turned threatening as the Huns, led by the fearsome Shan Yu, invaded the village. The untrained villagers were no match for the vicious Huns, who soon decimate their homes and literally bring them to their knees. 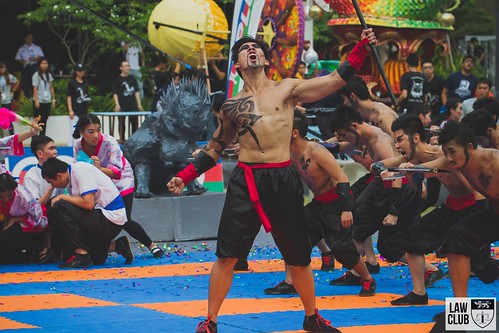 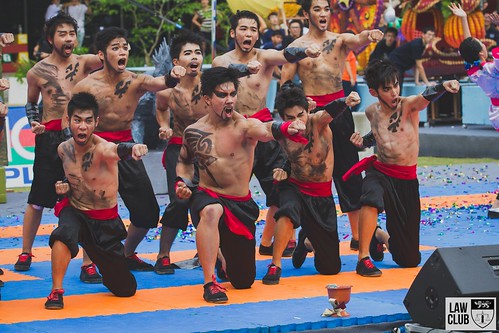 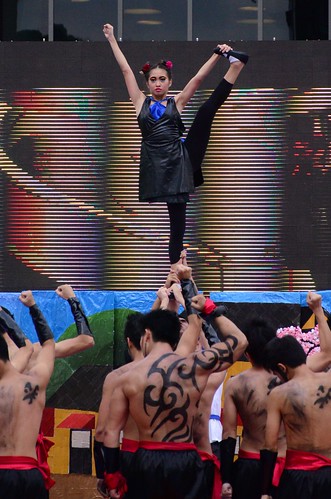 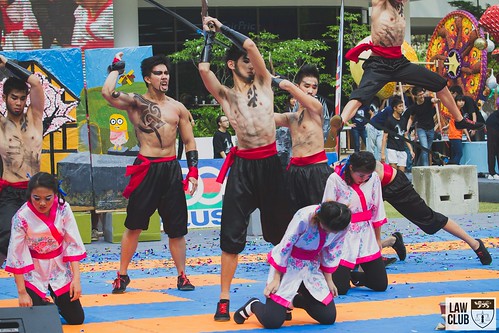 The villagers are left reeling. However, this galvanizes the men to enlist and learn how to defend themselves and their home. Unfortunately, the only male in Mulan’s family is her ill, elderly father. Unable to let him put himself in danger, she courageously risks her own life and goes in his place disguised as a man. 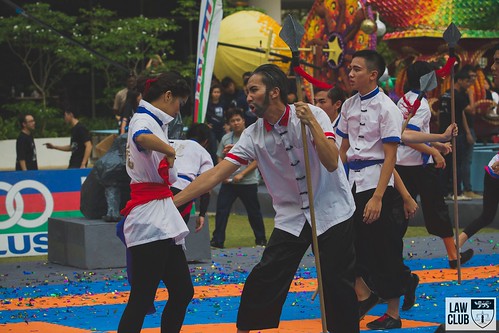 As Mulan and the village men trained under Shang, the army captain, the determination in their eyes and their movements was palpable even from a distance away. The precision of each whirl of their spear was especially striking and were a clear reflection of the amount of effort they had put in to perfect that sequence. 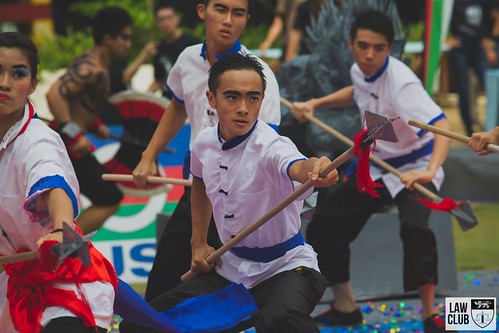 Their training is put to the test as they go to war with the Huns. The athleticism involved in the stunts and the intense aggression they displayed was incredible, and was made even more impressive by the dazzling backdrop depicting the emperor’s palace. 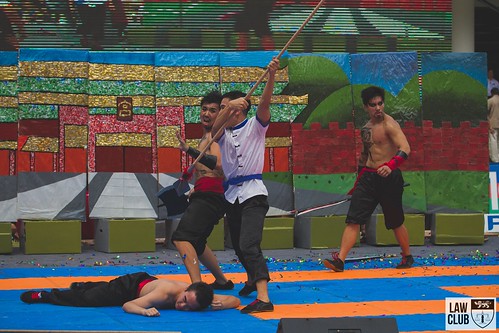 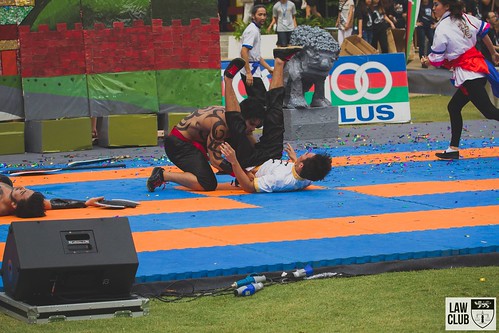 The war scene came to a head during an epic fight between Shang, Mulan and Shan Yu. They manage to defeat Shan Yu, but not before he reveals her true identity. Despite this, Shang and the other villagers bow to her as a sign of respect, signifying their acceptance of her. The heart-warming scene took a romantic turn as Shang and Mulan share a tender moment before running off hand-in-hand. 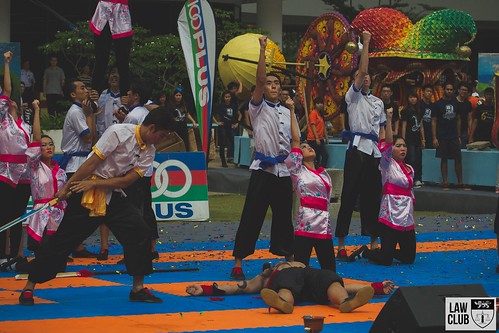 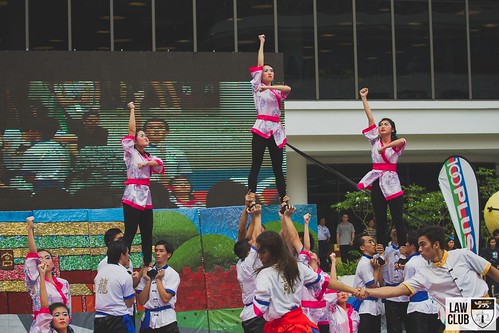 The performance culminated in the spectacle that was the celebration scene. The kaleidoscope of colors from the props and the sheer exuberance of the dancers made it a finale to remember. 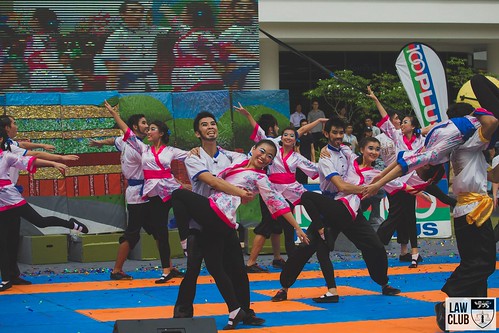 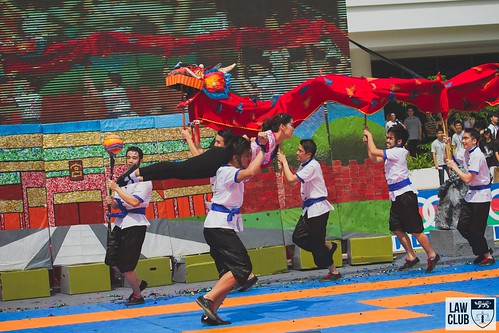 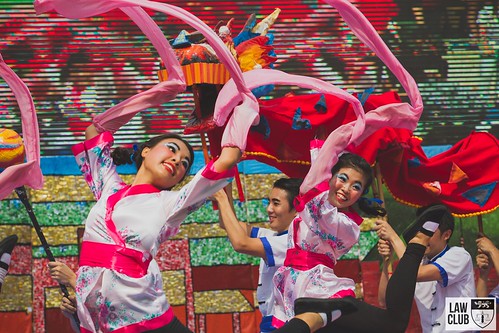 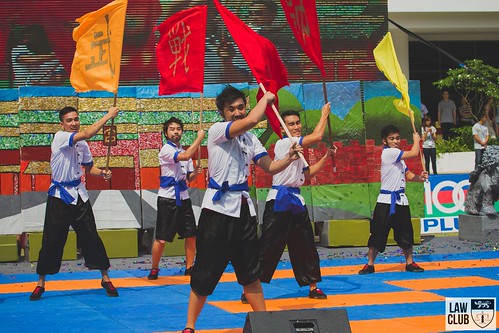 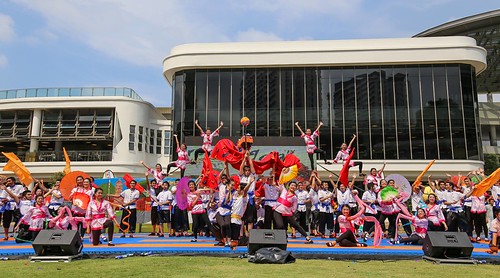 They held their final poses and soaked up the electric atmosphere; the feeling of having an audience 1000-strong cheering for them was indescribable. There was no doubt they had given it their all and put up a show-stopping performance that they would be proud of for years to come. They didn’t care what happened next. The strong friendships they formed and the priceless memories they made were all that mattered.

Law Rag 2013 would not have been possible without the tireless efforts of everyone involved: the ingenious floaters who worked day and night to design and construct all the props from scratch; the ever-enthusiastic dancers who were always ready to learn and do whatever it took to make this performance a great one; the amazing stunters who always stayed back extra late to perfect their death-defying routines; the awesome Sex-Tonighters who knew how work hard and play hard; all the seniors who were so generous with their time and came down to help out whenever they were needed; and of course, my fellow Rag and dance committee members, who gave Rag everything they had.

To all of you, I truly want to say thank you. I could not have spent my summer with better people. 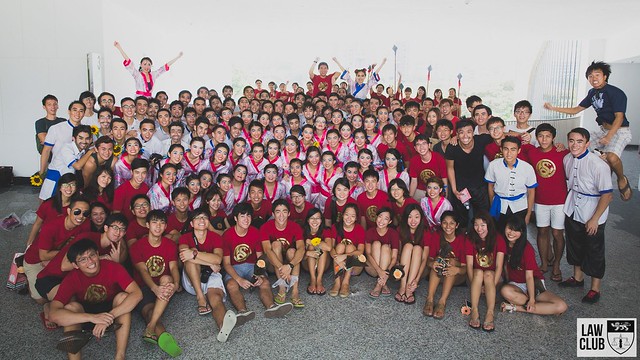 The writer was a dance instructor and choreographer for Law Rag 2013, which won the Silver award at NUSSU Rag Day 2013.