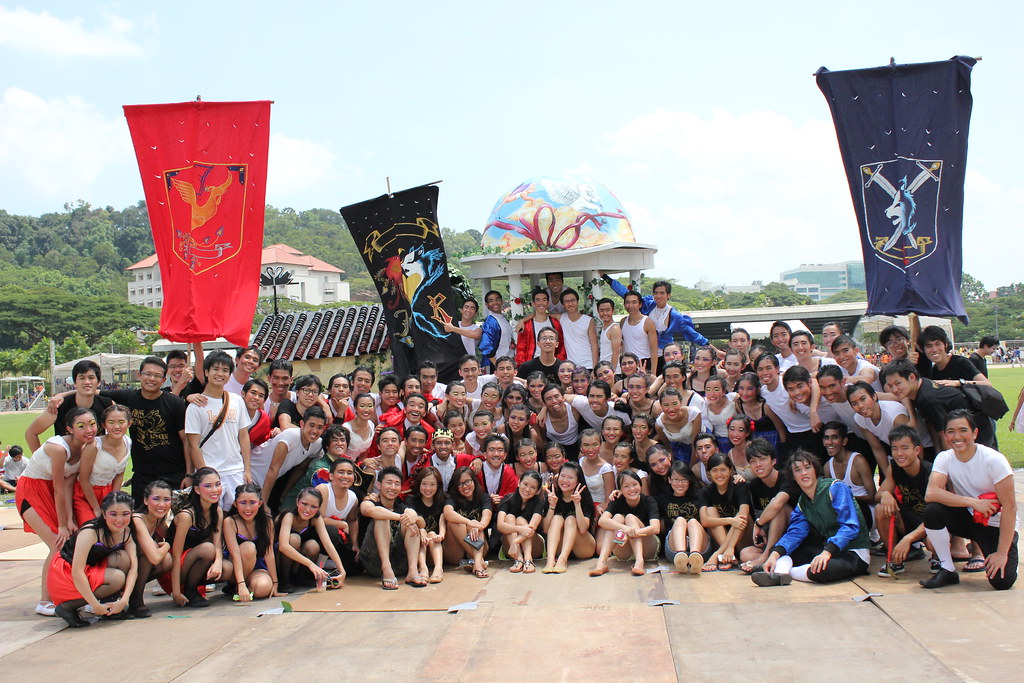 The Sports & Recreation Center at the NUS Kent Ridge Campus was abuzz with excitement with hundreds of students thronging the grandstand and the track. There was a notable difference between the two groups though — those on the track were all decked out in a kaleidoscope of colours through their makeup and costumes, and 90-odd of them were freshmen from our very own school of Law. Rag Day 2012 was here, and though the temperature was high, so were the spirits of both seniors and freshmen as we waited with bated breath for our turn to take the stage.

For the uninitiated, Rag Day is where the various faculties within NUS put up colourful and vibrant performances in order to thank the public for giving generously on Flag Day. However, being a Ragger myself and as the Rag Chairperson this year, I have always viewed the primary purpose of Rag as a platform for incoming freshmen to spend time together (4 days of Law Camp is way too short to get to know someone properly!), strengthen friendships within and build friendships outside of the OGs, and create memories that will last them if not a lifetime, then at least the coming years of Law School.

In the wee hours of August 10th , the Moot Court was a flurry of activity as Makeup Heads Ahnushka and Jocelyn, together with a handful of volunteers comprising of OGLs Amanda, Jermaine, Jaime and friends of Rag such as Justina, Hannah (Tay & Lee), Jiamin and others, beautified the girls and groomed the guys — these finishing touches were all that remained before they were performance-ready. After the epic operation to transport the Float to Kent Ridge, in which Geovenn and Jia En had to commandeer a convoy of vehicles, the Float team had assembled at KRC and worked throughout the night, without sleep, to ensure that the Float was ready for Pre-Judging. 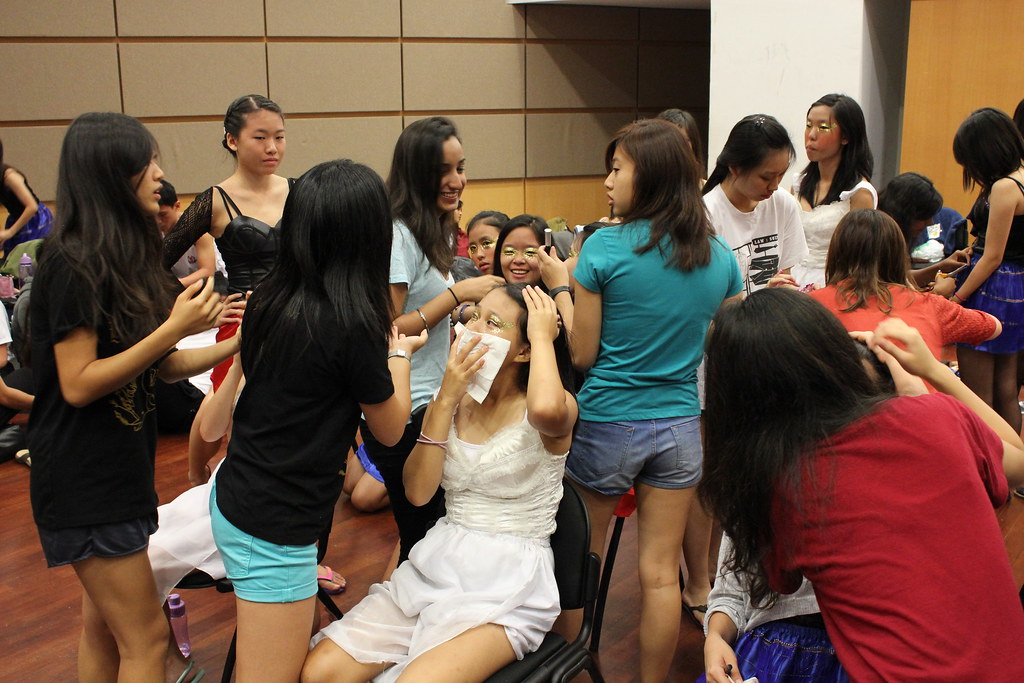 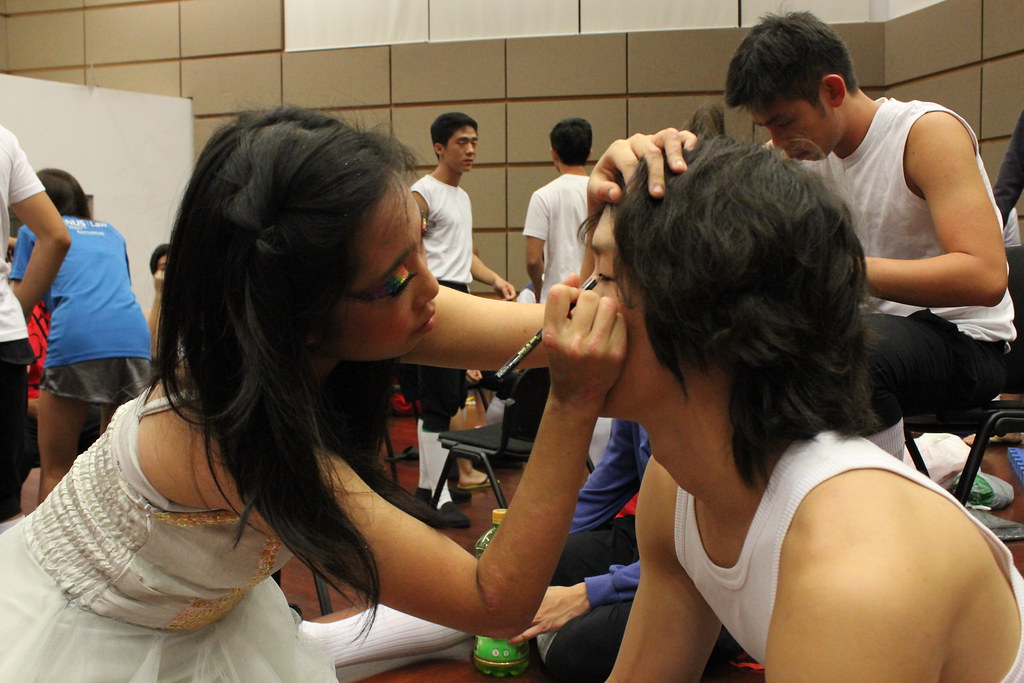 A freshman, Allison, under the watchful guidance of Nicholas Ngo, led the panel of judges, which included Dr. Vivian Balakrishnan, around our Float, as she single-handedly narrated the tale of Romeo & Juliet to them whilst showing off portions of our Rag, highlighting various aspects of our Float, costumes, and storyline. 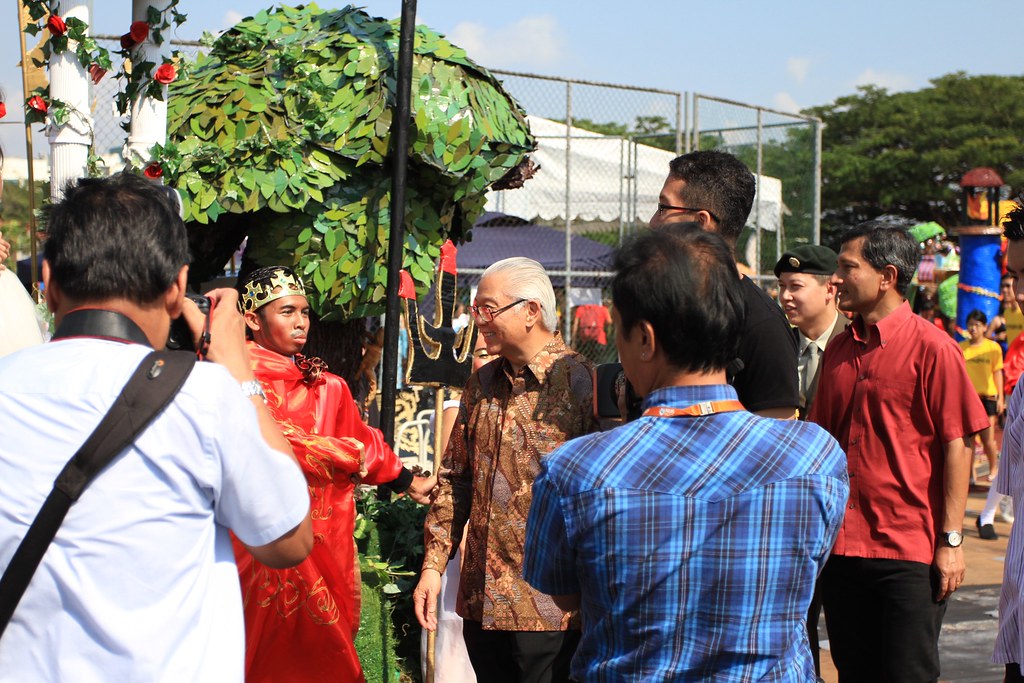 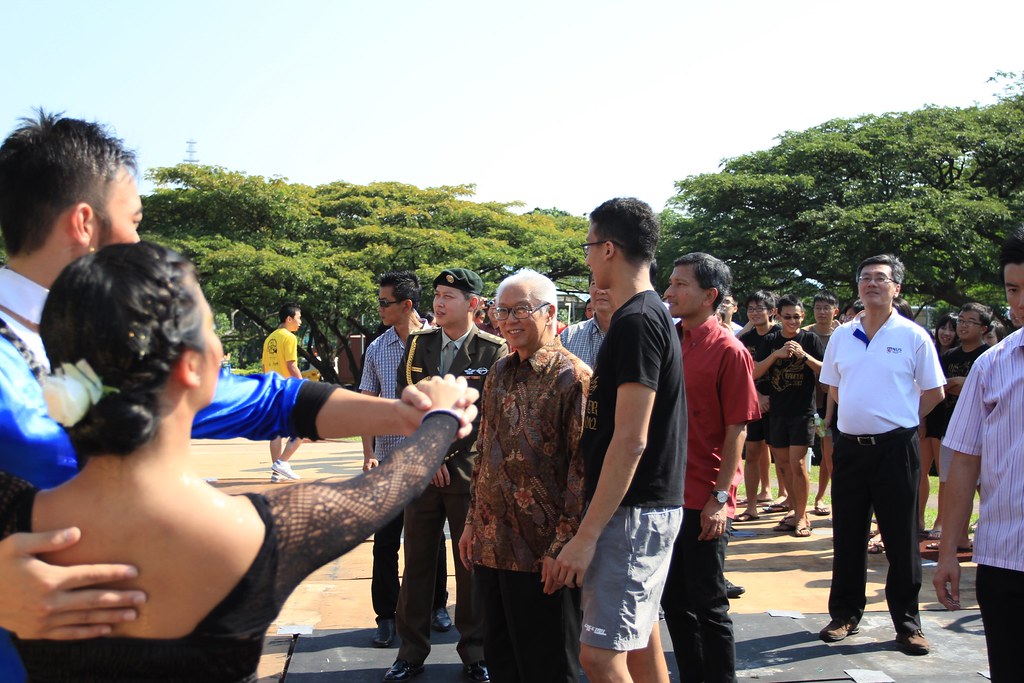 With Pre-Judging over and the judges satisfied with the outstanding narration, all who were present eagerly awaited the moment when it was our turn to perform. Although the freshmen were activated earlier to move out to the waiting area way before the scheduled timeslot, they did not let the scorching heat get to them but rather kept motivating and encouraging each other even until they were forming up to get ready. 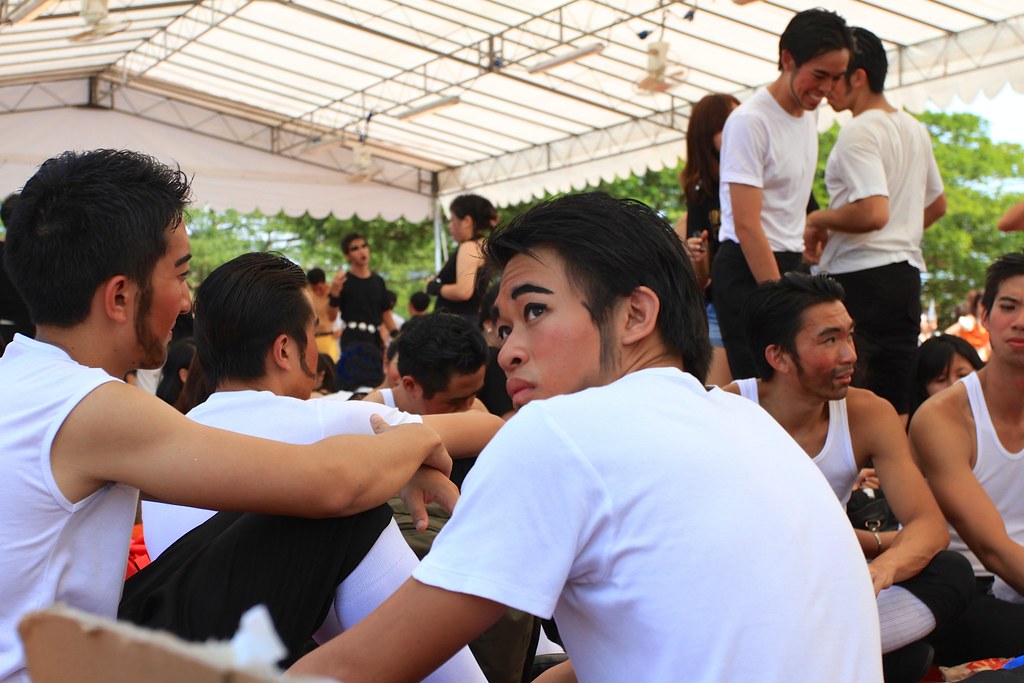 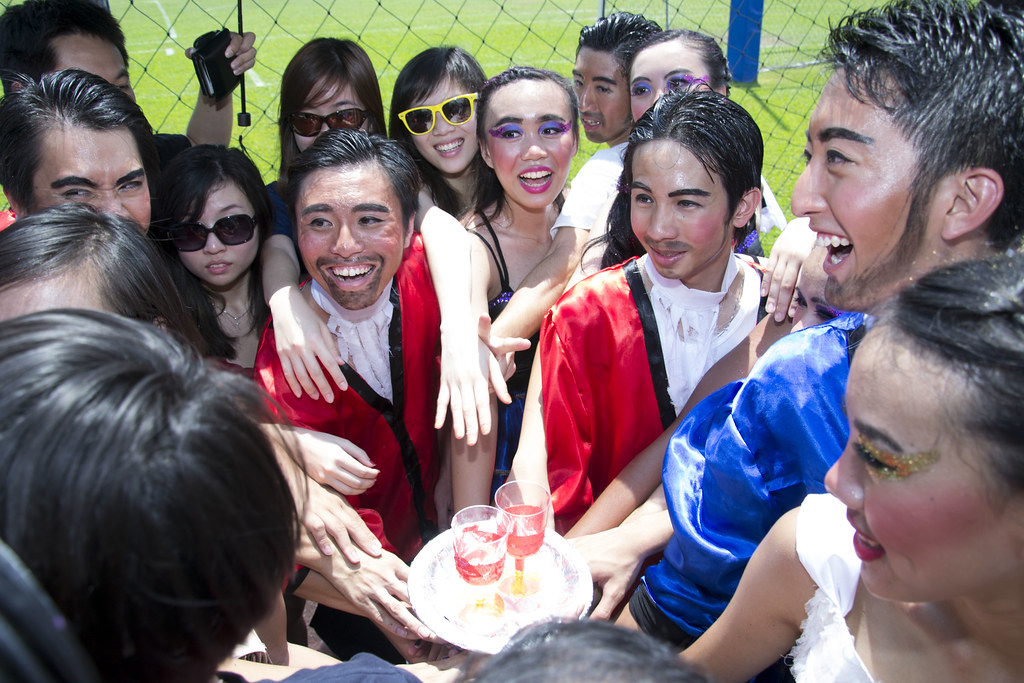 As the emcee introduced our performance and the seniors and freshmen rushed onto the performance area to set up, I was up at the sound area waiting to give the cue for the music to start playing. The moment it did, I rushed down to the performance area, pushing my way through the hordes of students to ensure that I would not miss a single moment of this once-in-a-lifetime performance.

I was not disappointed. The performance was impeccable. From the furious hips of the tango dancers, to the sensuality and charm of the Comanche flirters, to the gracefulness of those involved in the wedding scene, to the fury and ferocity of the warring fighters, till the happiness and excitement of those celebrating — every scene was perfect, every dance was fantastic. My heart leapt for joy and I yelled with immense pride each time a stunt went up, and go up they did, one by one, each done with superb precision and success. As the crowd roared with delight at nearly every one of our scenes, and nearly whipped itself into a frenzy as the Sex Tonight guys propelled the girls into the air, I knew that no matter the outcome, this was without a doubt a winning performance. 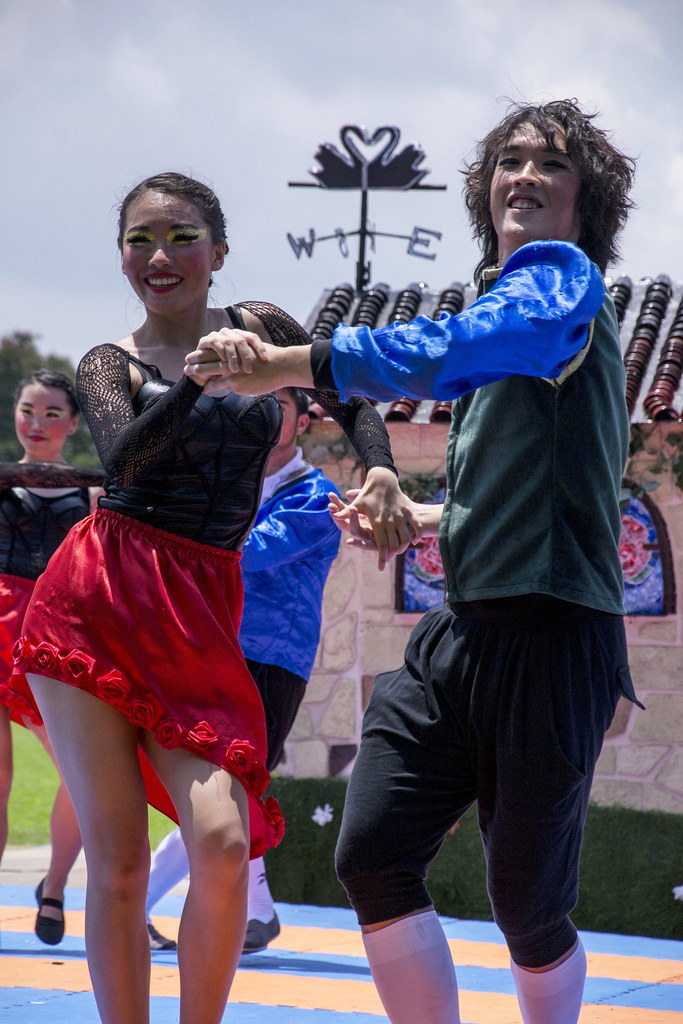 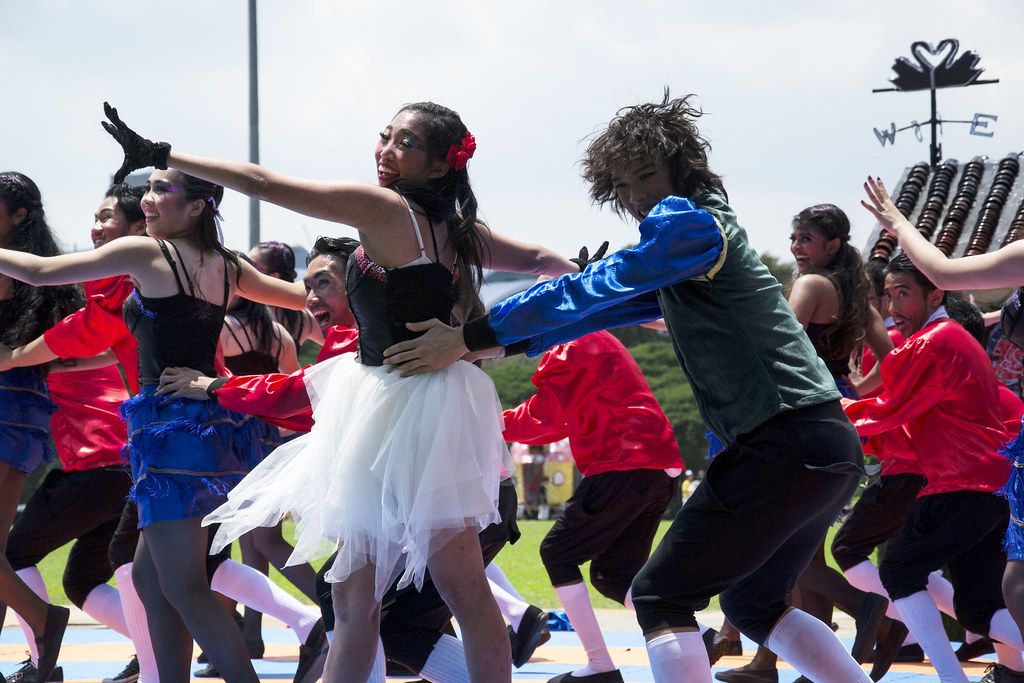 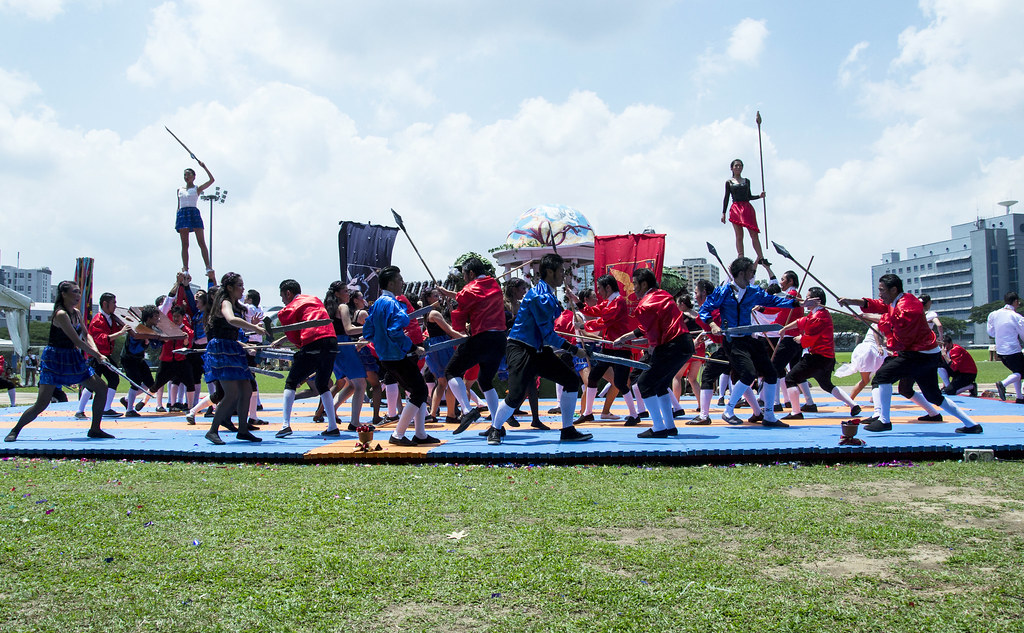 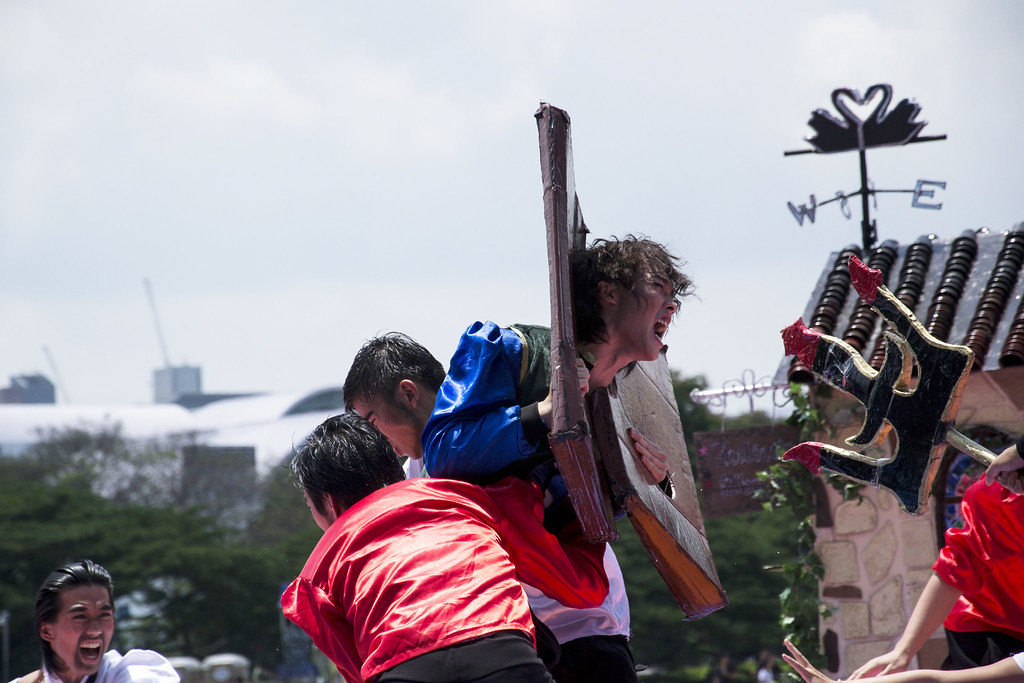 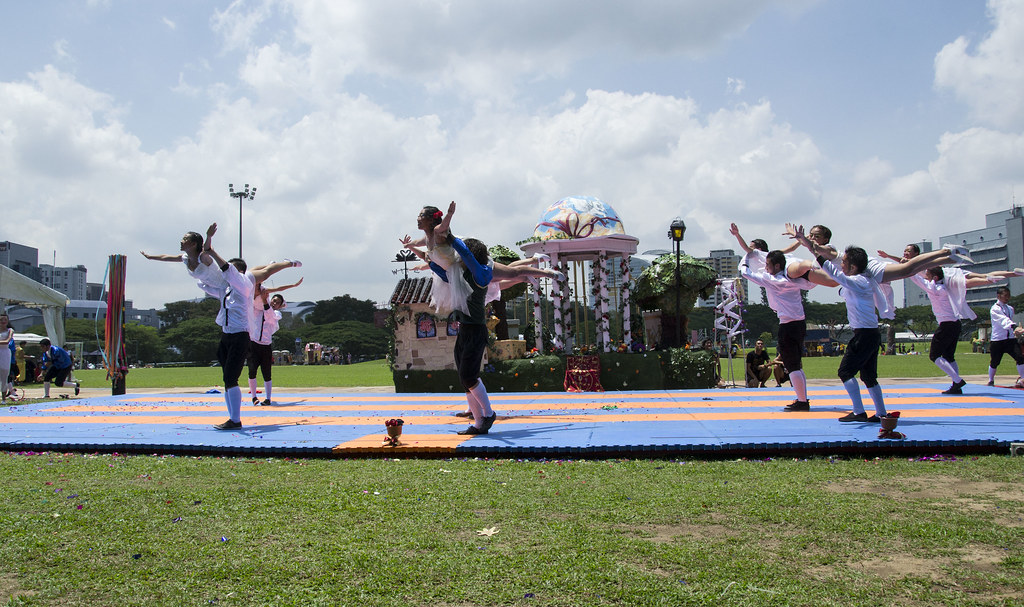 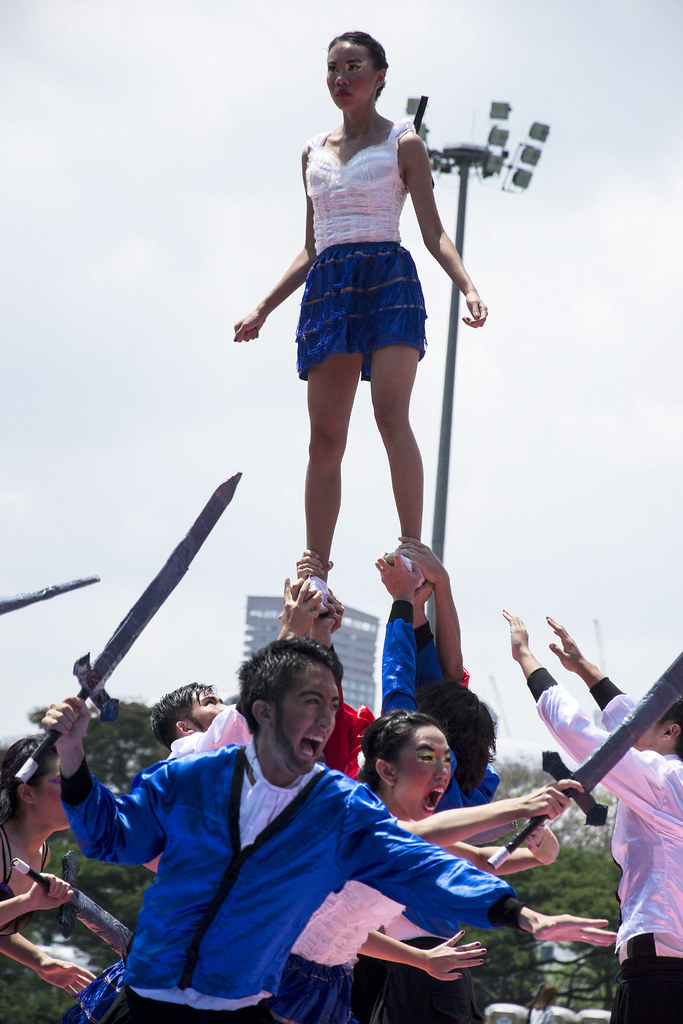 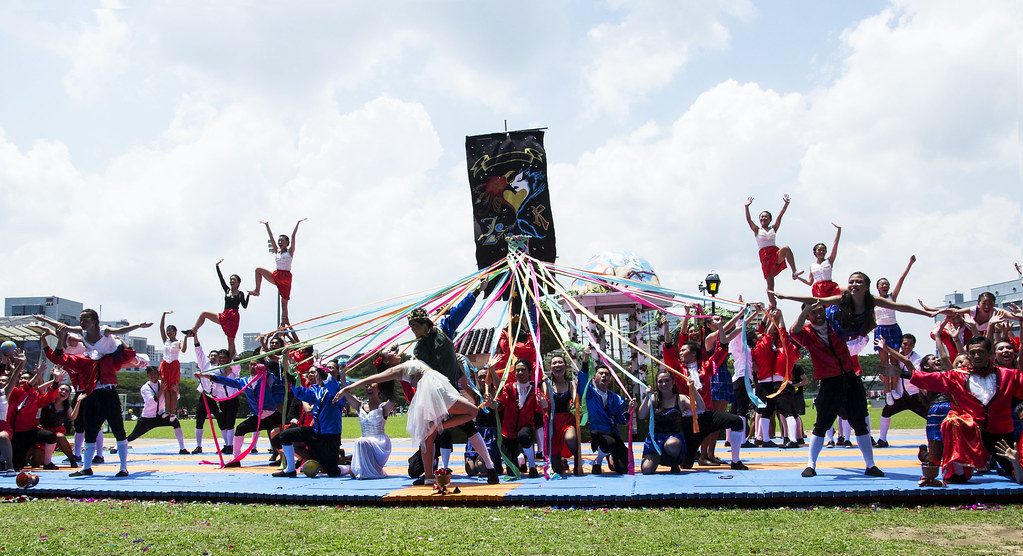 Although we did not manage to defend our title of Best Rag, the judges recognized the quality of our performance by giving us the Best Creativity Award on top of our Silver banding award, and the fact that we won this award over the halls which are on another competitive level speaks volumes about our standard. To me, however, these were merely peripheral — what mattered was that the freshmen went on stage, did their best for no one but themselves and put up a world-class performance that was, to say the least, outstanding — despite only a few of them having performing arts backgrounds and having only practiced for two months. The culmination of months of hard work and effort had paid off for all involved in Rag 2012, seniors and freshmen alike. Although the performance was over, however, the memories and friendships formed as a result will continue to last — for a very long time to come, I hope. 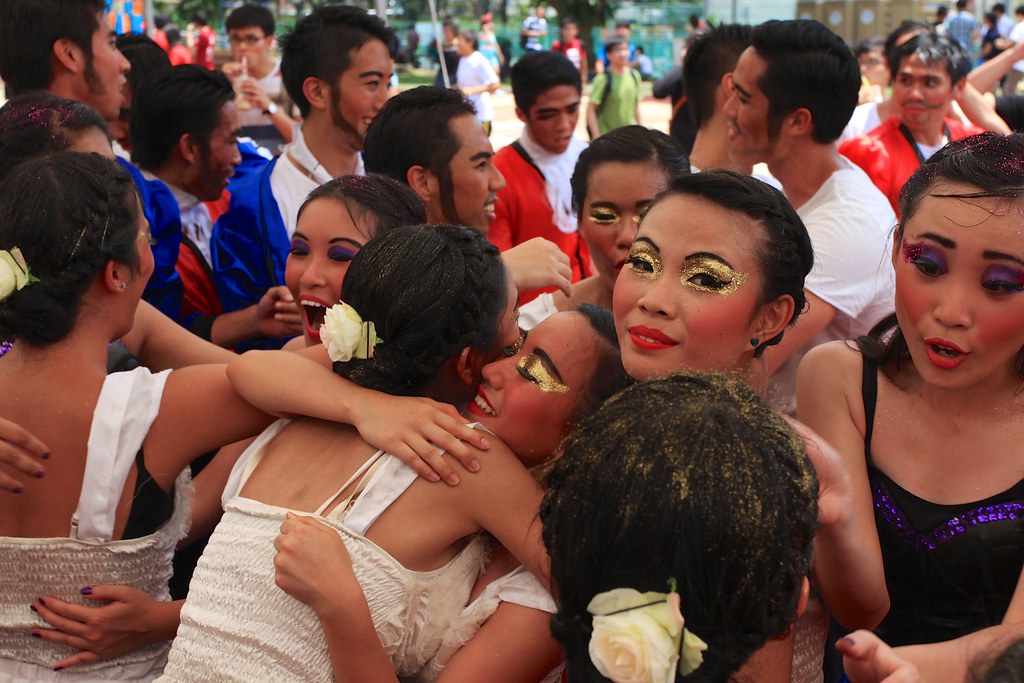 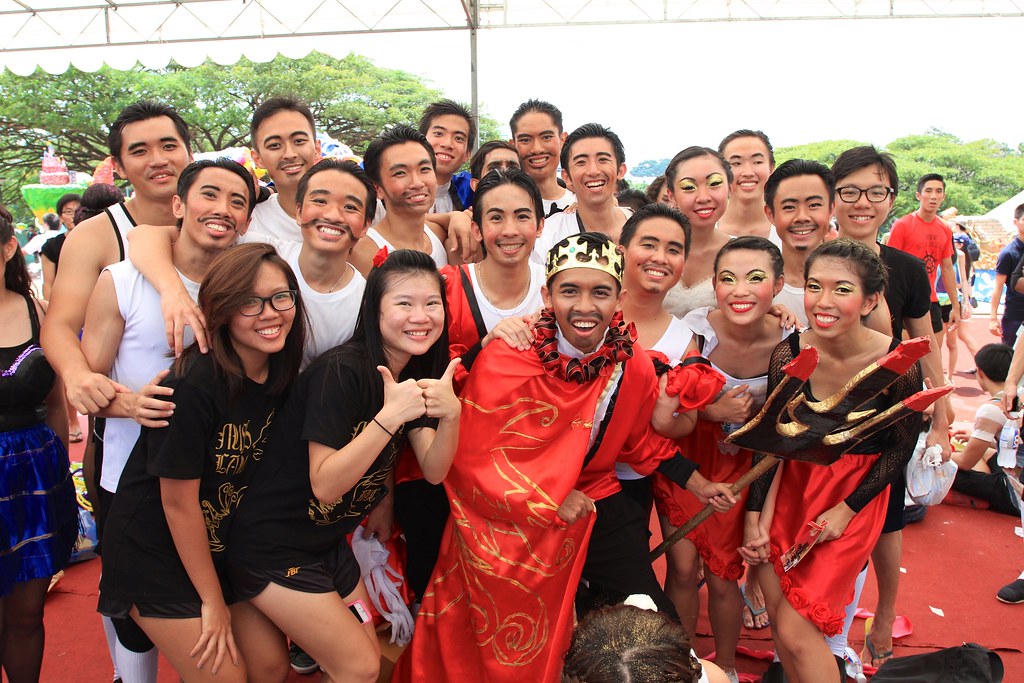 Coming this far, things did not always go according to the plan. We had to deal with the lack of funding from NUSSU (Dance Head Jia Wen went on a fundraising spree with her roses on Valentine’s Day), overcome our inexperience in carpentry and float-making (Float Head Jia En was a genius in redesigning the float so that it could withstand the arduous journey from KRC to BTC), side-step the dearth of rehearsal space (Dance heads Jia Wen and Rachel imagined most of the choreography outside the Level 4 Seminar Room) and react to new rules regarding stunts (Stunts Head Wee Jin and Larisa did a great job (re)designing the stunt sequences).

This year, we were lucky to have had a record number of 147 sign-ups for Rag, and of those 147, around 90 freshmen were eventually included in the dance performance, with at least another 15 forming the strong Year 1 Float team. However, this also meant that our budget was stretched thin. Fortunately, the Float committee’s excellent handling of their expenditure mean that there was surplus in the budget that could be channeled to the costumes. Charmaine, the Costumes head, and her team of costume designers Yinhwee, Ian Shan, and Joni, were also able to cope with the demand for hand-sewn skirts and the like, especially when the dance instructors and even freshmen stepped up to take charge of certain aspects of the costumes such as the sewing of the trimmings and other accessories on the costumes.

Although the amount of freshmen who signed up to be part of the Float team is undeniably much less than those who were in dance, their efforts combined with the insanely self-sacrificial Year 2 Floaters were enough to bring the Law Float into existence. Bit by bit, piece by piece, the Float team worked through the days and nights as the dancers sweated it out during rehearsals, and you could see their great attention to detail as they painted the intricate mural on top of the dome, or added the finishing touches to smaller props such as the lawn that covered the Float, the vibrant wildlife scattered around it, and the tiles that put together formed Juliet’s Abode. 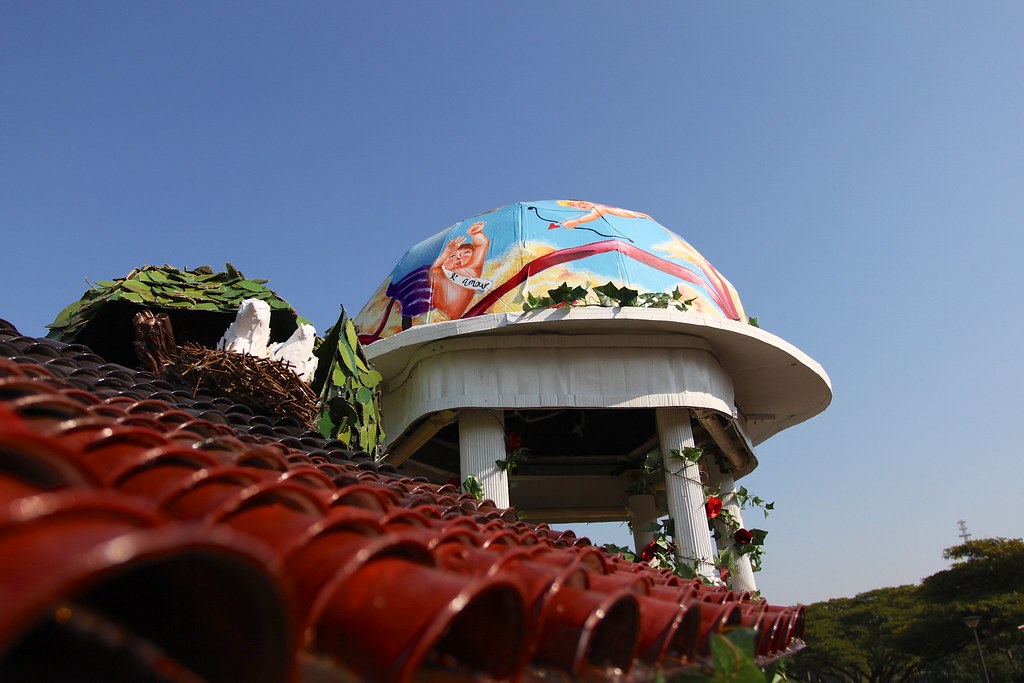 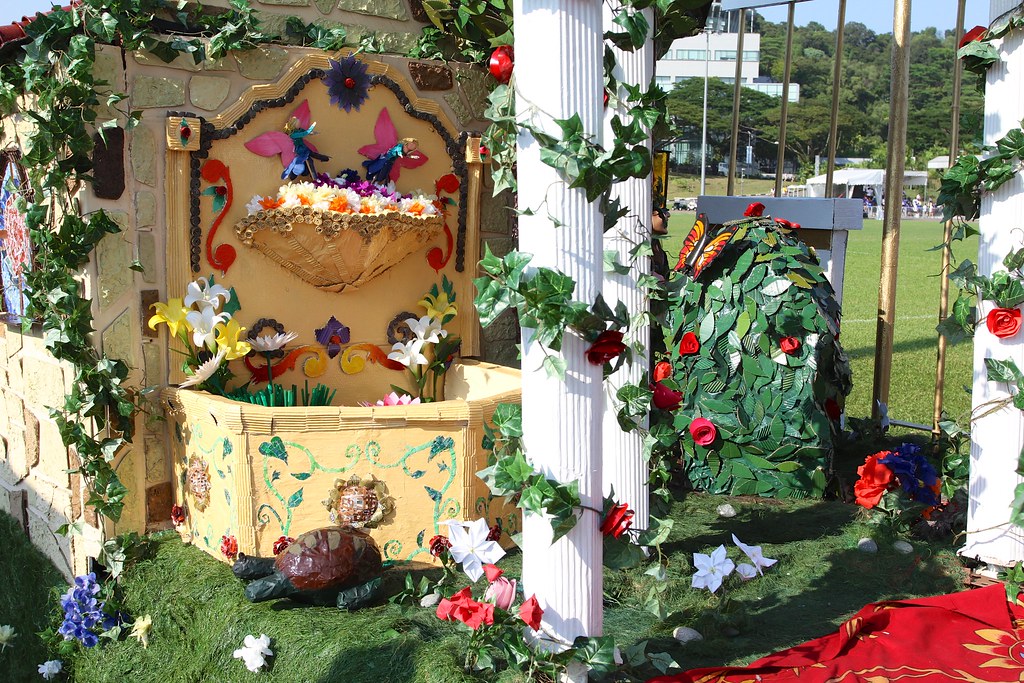 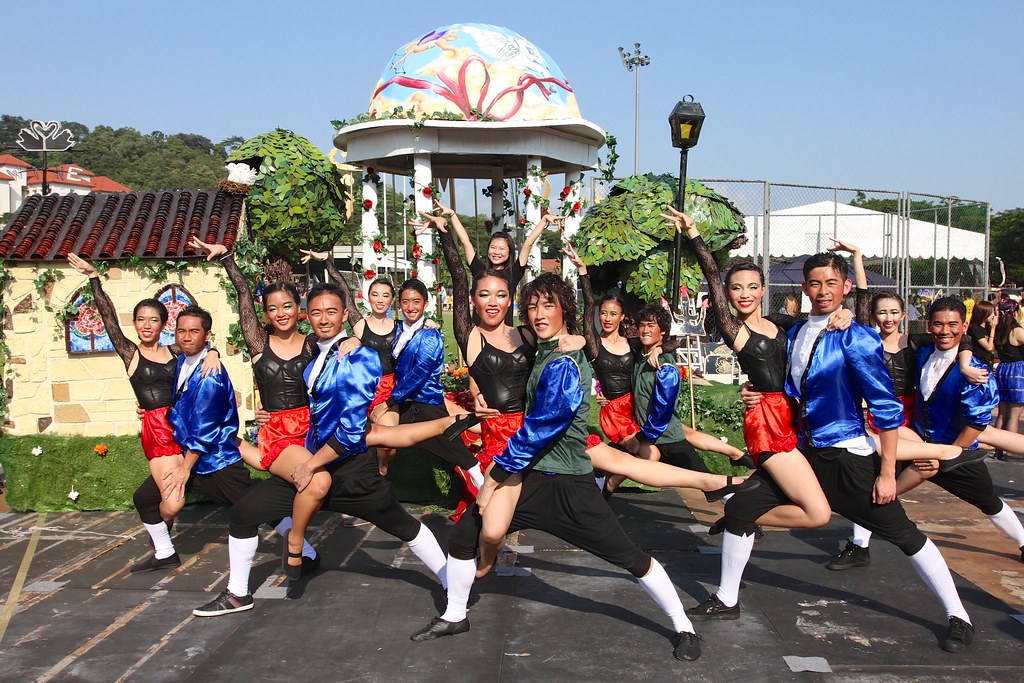 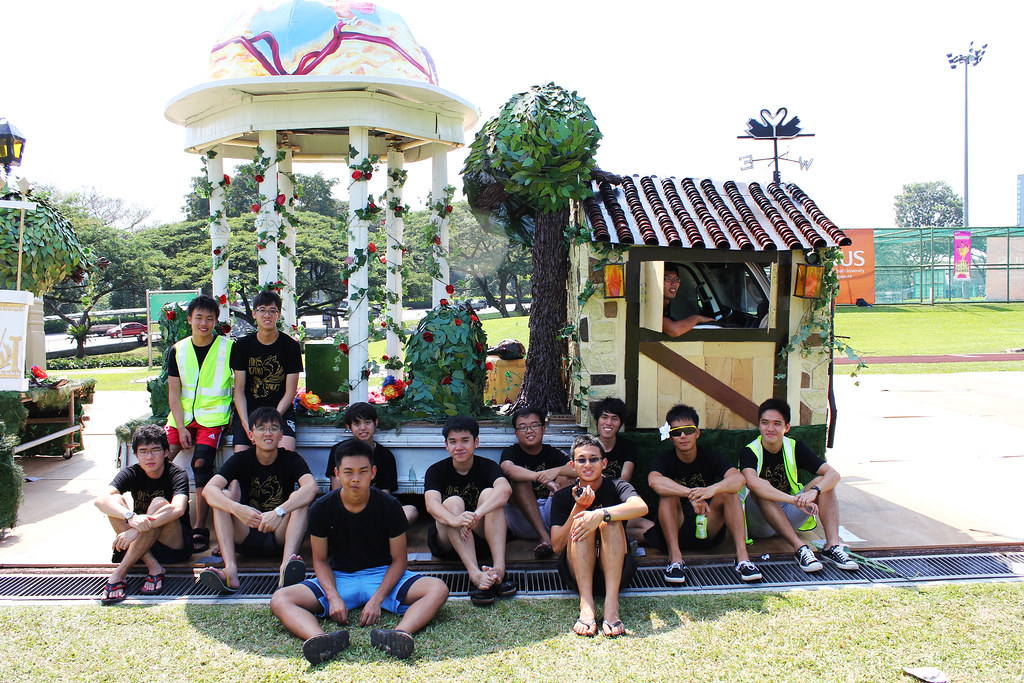 At this juncture, I leave a few words of advice to the next Rag Chairperson and Committee. Firstly, never let the Rag spirit die. Although times may get hard and physical, mental or emotional trauma may set in, always remember why you’re doing what you do and keep the end in sight. The very embodiment of this spirit can be seen in my Vice-Head, Rachel Soh, who even after fracturing two metatarsals in her foot as a result of Flash Mob rehearsals, continued to come for Rag sessions despite being mobile only with the aid of her crutches. She could very easily have chosen to stay at home and recover, but she refused not only because she felt it was her duty but also because she was a Ragger, and Raggers do not give up so easily. 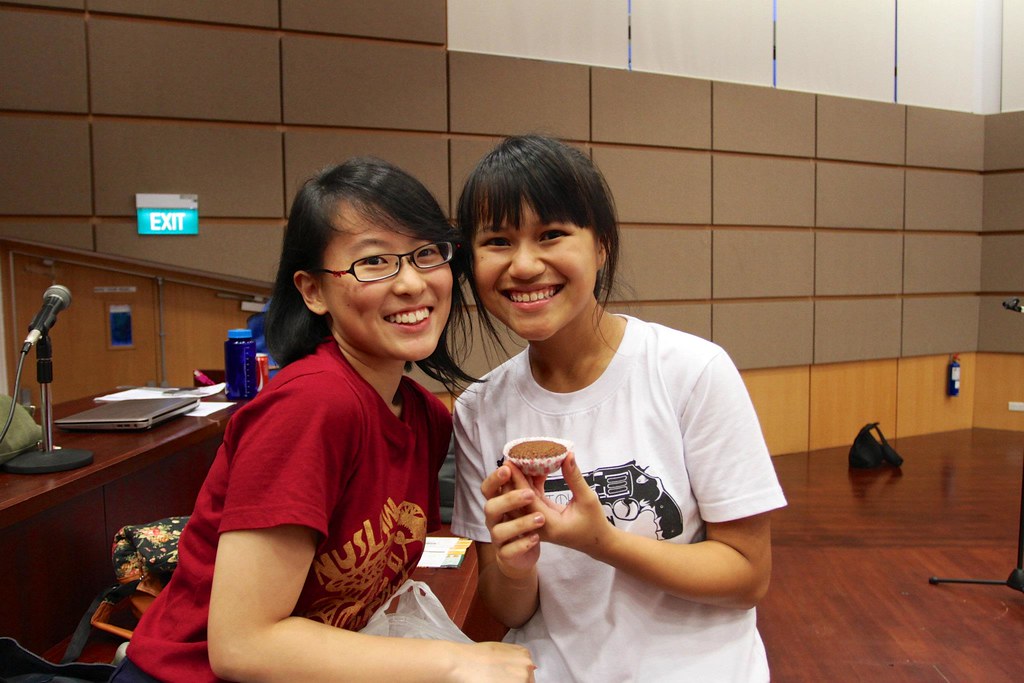 I hope the tradition of Rag will continue in Law School for a very long time to come. Especially with this year’s exceptionally large Rag intake and strong Rag culture, I am confident that they will fight for our Faculty’s continued involvement in Rag and bring it to even greater heights next year, what with the huge amounts of talent they possess. I believe they will do their best to give to the next batch of freshmen what we gave to them, and more. The spirit of Rag will live on.