When New York Times equated watching Trinity College’s Choir performance to being in heaven, they probably were not informed of our very own NUSChoir concert’s imminent performance. Or else, they would have reserved those exact words for Varsity Voices instead. At this juncture, it is worth noting that Varsity Voices was far from turning into some sort of a “Varsity Noises” version and was a truly a mesmerising experience indeed. Even Kim Jung-un (see image below) was performing! 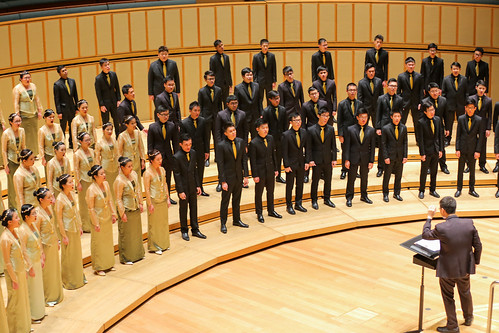 Clue: Look for Kin Jung-un in the top row

For those who attended Taylor Swift’s Red Tour or for that matter, Justin Bieber’s Believe tour (Man, I don’t even know where to start), Varsity Voices would definitely (not sarcastic!) have been an improvement. No offence to Taylor Swift and Bieber fans (if there are??) though.

Firstly, the concert kicked off with a rendition of the song titled Stars from Eriks Esenvalds. On its face, this song probably was talking about Stars (or that was what I thought). But a quick read of the programme guide (which especially proves useful during Choir concerts due to excessive latin/Hebrew/whatever ancient language being used) proved that every song had some long long story behind it. I didn’t realise you could write one whole paragraph of a synopsis of a seemingly simplistic song about Stars). But well, life is full of surprises and the night was just getting started. 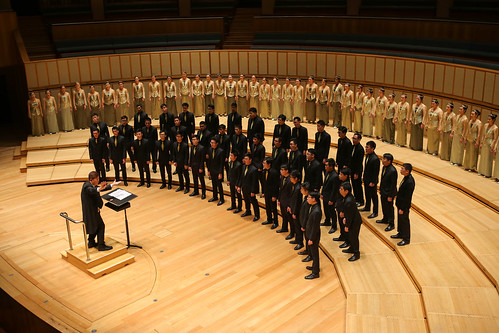 As the choir moved into the heart of the performance, the expectation from the audience naturally rose as well. Thus, it was apt that a rendition of the famous Alleluia (Jack Runestad’s version) was sung before us. Special mention to the graduate students from the NUSChoir (the lack of spacing is deliberate) who performed this song to wondrous applaud from the audience.

After the performance of a few more songs like Natsu Ga Kita, it was time for a well deserved intermission for both the excellent singers and the supportive audience. As the audience reconvened, the troupe commenced with a beautiful hymn called If Ye Love Me (Not the K-Pop If You Love Me). This was followed up by various songs and culminated in the none other than Stardust. I mean they started the concert with Stars so they had to end with Stardust right…

The President of NUSChoir, Joel Tan, then gave heart-warming speech to sum up the great year NUSChoir has had. Special mention for the various accolades they received in the World Choir games 2014. He also took the opportunity to thank the conductor Nelson Kwei for his never-ending support. It was finally time to call it a day and as the cliché goes, All good things must come to an end. I’ll now leave you with some photograph memories and for those who want to relieve the experience, a link to the actual concert is attached below. 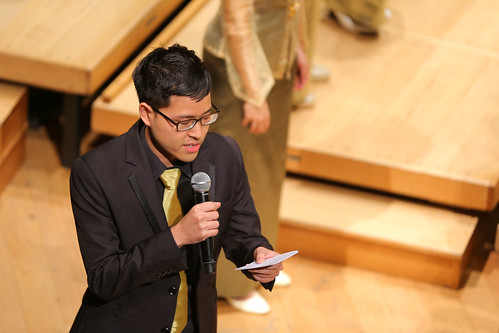 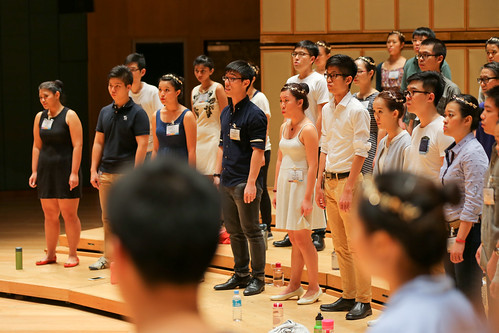 Rehearsals for the big day! 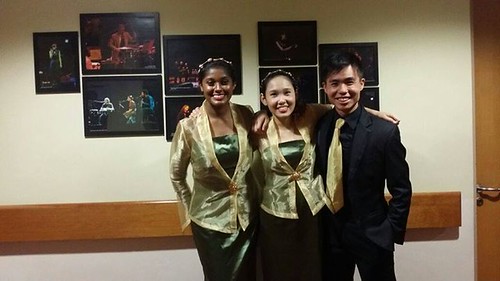 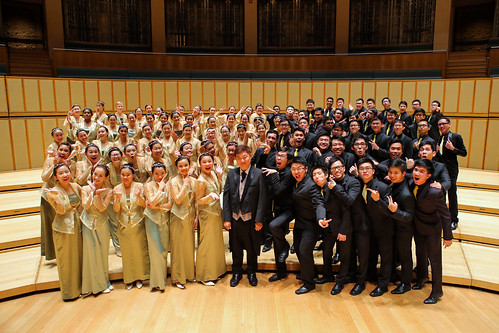 Fun shot after the performance!

P.S: I wonder when Esplanade will get rid of the no-photo-taking-allowed-inside rule.